Glen Powell's not a player; he just crushes a lot—on TV. Contrary to his onscreen alter egos, in real life, the actor and native Texan is a far cry from womanizing bad boy.

Best known perhaps for his ever-so-quotable turn as Chad Radwell on Fox's Scream Queens, Powell can currently be seen in Academy Award–winning director Richard Linklater's latest film, Everybody Wants Some!!, the much anticipated "spiritual sequel" to '90s cult classic Dazed and Confused. As Finnegan, a philosophizing ladies' man and tight-pants enthusiast, Powell steals more that a few scenes from his onscreen '80s bros.

I caught up with the actor to hear him sound off on everything from how social media is obliterating the modern dating landscape to just what his mom has to say about his wardrobe. Texas is turning out quite the chivalrous pro-feminist gentlemen these days.

MYDOMAINE: Your character, Finn, is a social chameleon, adapting his strategy for picking up ladies on the fly. There's a pretty hilarious scene where he successfully hits on a super standoffish babe. How would Finn pick up on the modern feminist woman of today?

GLEN POWELL: Finn, at his core, has a very good sense of who he is. That quality enables him to be pretty adaptive socially. I myself am a big believer in all things feminism. Progressive gentlemen runs in my genes. My dad was the original feminist of the family. He took my mom's last name. I think the thing a lot of guys forget is to listen. If you're comin' in with a line or trying to make some kind of pitch work­, you’re not listening. You’re not picking up on her signals. If you're going to go for a feminist, be a good listener. That’s a good rule for anything. If you are a good listener, you're going to be taken care of.

MD: Do you think dating in general was easier in the '80s? Is social media making matters better or worse?

GP: I believe it is making things so much worse. Social media is taking the chivalry out of dating. We joke about it, but it truly is. There are so many things involved with social media that have the potential to derail a relationship. The problem is that girls are now conditioned to a certain type of courting process that, in my opinion, will derail courting altogether. I think the direct old-school approach might even freak out a lot of girls. There exists an entirely separate digital courting process that goes along with everything now. It's almost as though everybody has to play hard to get on a few different apps and social platforms first.

GP: People are getting overwhelmed with sensory overload. There will be no romance in the future if this shit keeps up. I'm old-school. To get a girl's attention, I'd just say, "I'd love to get to know you. Let's go to dinner. Would you be down for that?" I feel like there's too many options these days to find yourself in a wormhole of technology that can only end in awkward disaster.

MD: It’s a minefield for sure. Everybody Wants Some!! features quite a bit of bro love. Is there a formula for the perfect bromance?

GP: It's funny, I played on a lot of sports teams growing up, and I can tell you the essence of bromance is shit-talking. Or how they phrase it in EWS, "f**k-with-ery." It might be tough to understand what makes a bromance if you've never played on a team or spent time in a locker room. The essence of being around a bunch of guys is literally just ragging on each other all the time, not letting anything pass uncommented on. If somebody screws up, yeah, you’re gonna catch hell for it. It's not all hugs and butt slaps. That’s not what bein' a bro is all about. It's about giving each other shit and loving on each other at the same time.

MD: Some might say you're cast as a bit of a lothario on Scream Queens and Everybody Wants Some!! but I happen to know in real life you have two sisters and are close with your mom. Is acting the player a big stretch?

GP: It's so funny how people characterize Chad or Finnegan in certain ways. In order to play a character, I have approach it with love and no judgment. When people say Finnegan is a playboy, for my part, I never really came at him from that perspective. Finn has this epicurean intellect. He's what Rick calls a "hedonistic philosopher." He just wants everyone around him to love life as much as he does. Chad Radwell is a different ballgame. Chad gets categorized as a douche, and with good reason. On the other hand, what I love about Chad is that he just can't seem to understand why nobody can get on his level. He’s so frustrated by how out of touch he perceives the rest of the world to be with his philosophies.

MD: The cross all geniuses have to bare…

GP: Yes, it is. I think that's a fun angle to come from. We all understand the societal and social rules that govern being a boyfriend or a girlfriend. But this guy sincerely does not understand why anyone would confine themselves to those rules. It's the idea that the rest of the world hasn't really caught up with his way of thinking.

MD: You got to hand-select your own wardrobe for EWS, and your mom makes a cameo in one of the scenes. What did she think of your clothing choices?

GP: She went to school in this era, so she loves the wardrobe. Everyone gets sentimental about this movie, just because of the vibe. I’m not even kidding you, my mom and dad have seen it eight times already in the theater. Every time I call to ask what they are doing, my mom says, "We're goin' to see Everybody Wants Some!!" And I go, "Isn't that what y'all did last night?" She did say, "Glen’s clothes are so tight in this movie you can tell what religion he is."

MD: Amazing. So, which do you prefer: '80s fashion or modern-day?

GP: Eighties for sure. You go out to a club these days and everybody's wearing the same stock black tees and skinny jeans. Back then, it was about peacocking and a statement of style. I like the idea of showing what your heart is through clothes. The wardrobe in this film is so expressive. The assimilation of culture, I think, has been kind of detrimental in terms of how men dress. I don't think we have the same kind of flavor in today's day and age.

MD: I'm guilty of being a personal prescriber of the black-tee uniform.

GP: To be clear, I'm not putting down the black tee shirt at all. It's just unfortunate that as men, we've become this homogeneous bit of fabric. There has been somewhat of a devolution of style.

MD: You've had major A-listers champion your success as an actor and go to bat for you, in terms of landing roles. First it was Denzel Washington in The Great Debators, and then Stallone for The Expendables. What's the best piece of mentorship you've received?

GP: Denzel told me one of the best things. He said, "Don't look in the other lanes." Focus on what you do. Be the best at what only you can achieve. Don't worry about what the other guy's pulling off. Don't obsess over what role you missed out on or who got what. At the end of the day, if you focus on you, and your job is being the best that you can be, everything else just shakes out. Stallone told me you have to be creating your own material. Write something. Don't have your hand out. Make a contribution. If you offer the town great material, they can't deny you. You can't keep a good man out.

MD: Speaking of keeping a good man out, would you let Finnegan anywhere near your sister?

GP: I don't think Finnegan is that guy that’s just after one thing. I think he would make a fine dinner guest. He'd be great at a family reunion, for example. I have a personal fondness for Finnegan. I think he gets a bad rap. I think he's wonderful.

MD: I love Finnegan. I'll stand up for him. Who's got more game: Finn or Chad Radwell?

GP: Finn by a mile. Chad's got the sort of game I hope I never have in my own life. Which is just outright lowering other people's self-esteem enough to get them to buy into whatever thing he's selling. That is wildly unhealthy. All things being equal, there is a sense of fun to Finnegan where I go, "Oh, Finn’s not bad-intentioned, he's just havin' a good time." Chad Radwell is a self-esteem nuclear bomb.

Everybody Wants Some!! is in theaters now. Get pumped with some of our favorite Richard Linklater films below. 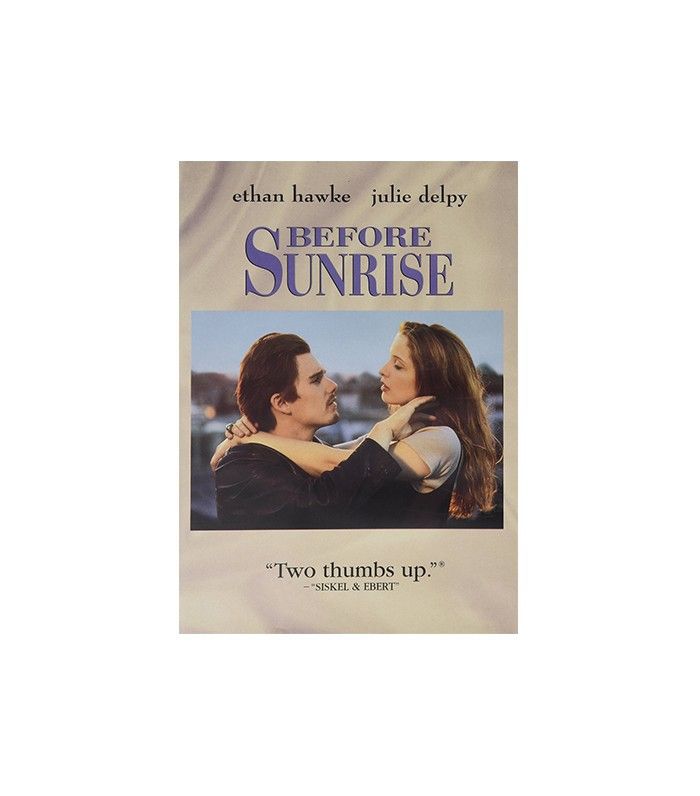 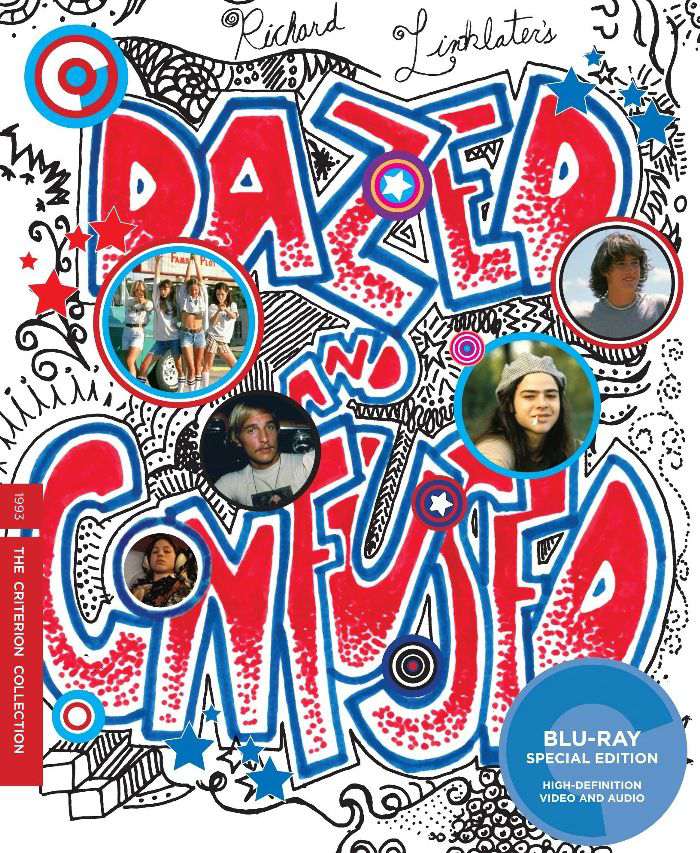 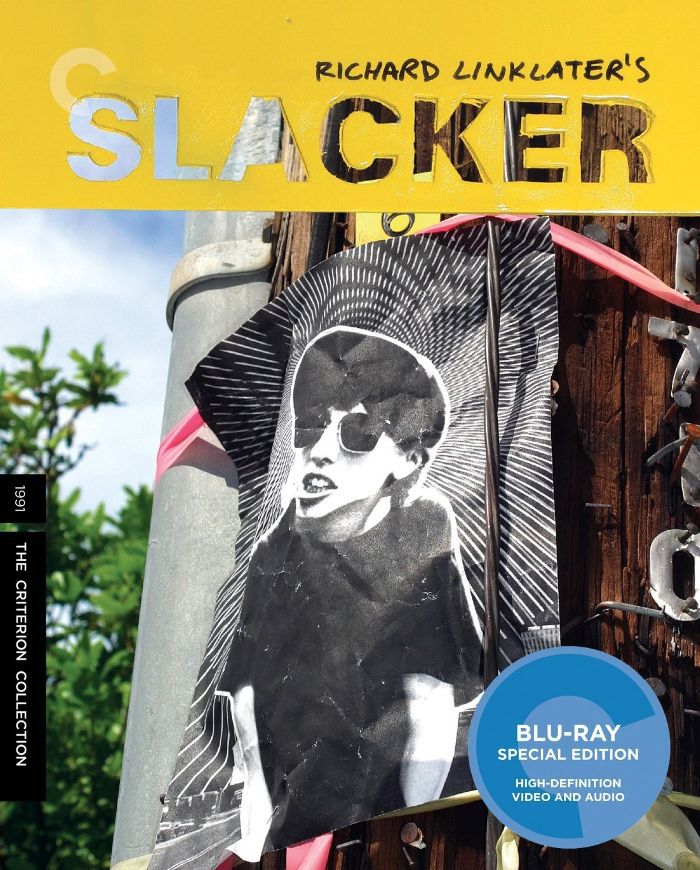 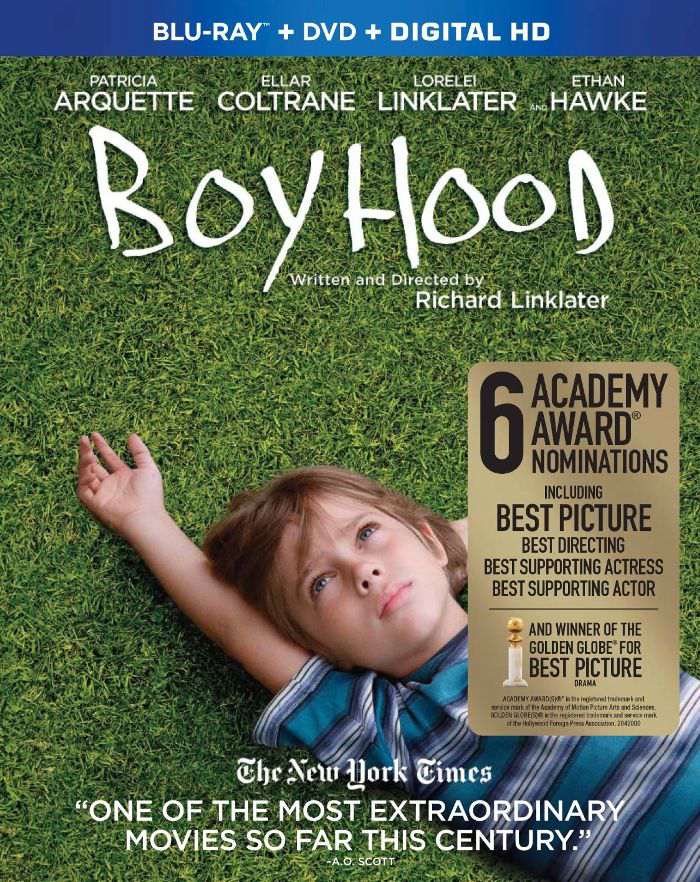