I’ve Been Gluten-Free for 15 Years; Here’s What I've Learned

A life without gluten prompts some FAQs from the general public. Is pizza directly related to happiness? (Rhetorical, duh.) What happens if you accidentally eat bread? (Ever seen Alien?) Do you have an allergy or are you a professional actor? (I possess a genuine allergy and nowhere near enough Instagram followers to be on Raya.)

But Doesn't Nearly Everything Contain Gluten?

That said, whether you're going gluten-free by necessity or lifestyle choice, you might miss out on eating universally loved foods like pizza and pastries. Also, if you choose to drink alcohol, sipping certain adult beverages, like beer and whiskey, can be nostalgically painful. It also means being extra vigilant when reading food product labels and restaurant menus, and making like a detective during social situations to ensure food and drinks are safe to eat.

However, being that I have survived in the wild, sans gluten, for 15 years, I have a few opinions on the ease and convenience of going gluten-free. In my opinion, it’s easier than it seems; you just need the proper tour guide. Keep scrolling to hear my tried-and-true hacks for navigating the food and beverage world without gluten. But first, an explanation of what gluten is and why some people need to avoid it.

What Is Gluten, and Why Can't Some People Handle It?

There’s a wide spectrum when it comes to how people's bodies react to gluten. For example, when people with celiac disease consume gluten—a protein primarily found in wheat, rye, and barley—the body mounts an immune response that attacks the small intestine.﻿﻿ The attack causes damage to the villi in the lining of the small intestine, which functions to process and absorb nutrients. When the villi are damaged, the body can't properly absorb nutrients.﻿﻿ Because of this, people diagnosed with celiac disease need to stay away from gluten permanently.

Others may have a wheat allergy, which can be fatal in some cases.﻿﻿ Additionally, some people may be gluten intolerant, which may present symptoms similar to that of celiac disease. Symptoms might include abdominal bloating, nausea, pain, fatigue, and diarrhea.﻿﻿ If you think you're experiencing symptoms, the best course of action is to consult with your physician to determine just how serious your reaction to gluten may be before revamping your diet to go gluten-free.

Besides, in addition to gluten-laden culprits like wheat, rye, and barley, gluten may also be present in certain medications, vitamins, and supplements, as well as make-up, lotions, and other beauty products.﻿﻿

Pizza, Other Carbs, and Going Gluten-Free

I remember when gluten started to get street cred. In 2000, I went to 27 separate physicians before being diagnosed with a gluten allergy. That is to say, having a gluten allergy was not “a thing.” Multiple medical professionals looked me in the eye and accused me of lying when I apprised them of my bizarre symptoms, such as gaining 12 pounds in one hour from inflammation after eating a single pancake.

Then all of a sudden, gluten-free went global, even as the science community debated the legitimacy of gluten sensitivity.﻿﻿ There were alternative flours in mainstream grocery stores. Gluten-free food labels on packaged goods seemed to be everywhere. Restaurants offered gluten-free options.

Speaking of which, let’s talk about the life source that is pizza. What are our gluten-free options? One’s pizza palette is deeply personal and specific. I strongly favor a New York-style thin slice. To that end, I have yet to taste a gluten-free pie that could rival my favorite East Coast joints. Most gluten-free crusts are made with rice flour, which is slightly sweet and gummy for my taste. That said, really, really good gluten-free pizza is out there.

Patxi’s in San Francisco, for example, has a deep dish that’s on-point. In Los Angeles, Vito’s is delicious. Though these days, top-notch gluten-free pizza can be found from Seattle to Denver, St. Louis to Harrisburg, Pennsylvania, and more. And at home, Against the Grain brand is the only frozen option I will eat. Is it ever going to be as good as a street slice in Brooklyn? In my humble opinion, it is not. My life is about other joys now.

The first time I walked into Erin McKenna's Bakery (previously named Babycakes) in NYC and tried one of their delectable cupcakes—they kill it in the vegan icing arena—I bristled with excitement and called my sister. “How is it?” she asked eagerly. “It’s good. I’d say they are on year eight of the recipe,” I replied. Like a fine wine, I've gone through a similar experience at home. It took 10 years for my sister and me to bake a cake that met our exacting standards. Hint: Coconut yogurt is a secret ingredient.

That said if you’re just starting to bake gluten-free, take heart, and be persistent. Alternative flours are wily little minxes. They are moody and temperamental, and most recipes require constant tweaks. Experiment until you nail it, and heed these tips from the food experts at America's Test Kitchen on the techniques you need to know for successful gluten-free baking.

Technically speaking, the distillation process of hard alcohol removes any gluten protein from liquor.﻿﻿ Some companies add back in malt, mash, hops, etc. after the fact to add flavor, so beware, but know that there are a number of gluten-free beverages you can enjoy if you want to imbibe.

For example, wine is gluten-free. Vodka, rum, and gin are safe bets since they are distilled﻿﻿﻿(although flavored variations of these may contain sneaky ingredients that don't fit a gluten-free diet). Hard cider is almost always gluten-free, as are agave-based spirits like tequila and mezcal. Gluten-free beer and spiked seltzers also exist.

Travel is a time for cutting loose and splurging on amazing, adventurous food. Dietary restrictions can be an albatross to free-wheeling foodie friends. To ensure your food choices are safe, a bit of forward planning can go a long way.

The dietitians over at Celiac Disease Foundation recommend a host of travel tips, including requesting gluten-free meals ahead of your flight or cruise, packing non-perishable and diet-approved back-up snacks, scouring the web for gluten-free food bloggers who've done the legwork in your destination for you, and traveling with gluten-free language cards.

What Happens If I Accidentally Eat Gluten?

According to NYC-based registered dietitian Rachel Larkey, RD, CDN, CLC, who lives with celiac disease, recovering from accidentally eating gluten depends on your symptoms.﻿﻿ For example, "If someone gets diarrhea, I might recommend eating binding foods like bananas, gluten-free white bread, or crackers for the next few hours." And as always, drink lots of fluids. For emergencies, say you were on a bus with no bathroom, for example, "I might recommend an Imodium." 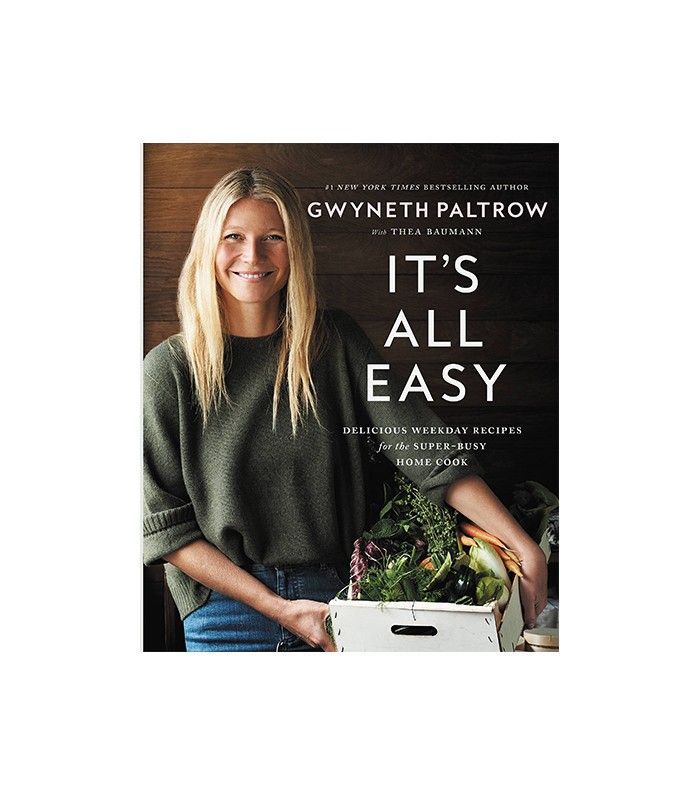 Gwyneth Paltrow It's All Easy $20
Shop 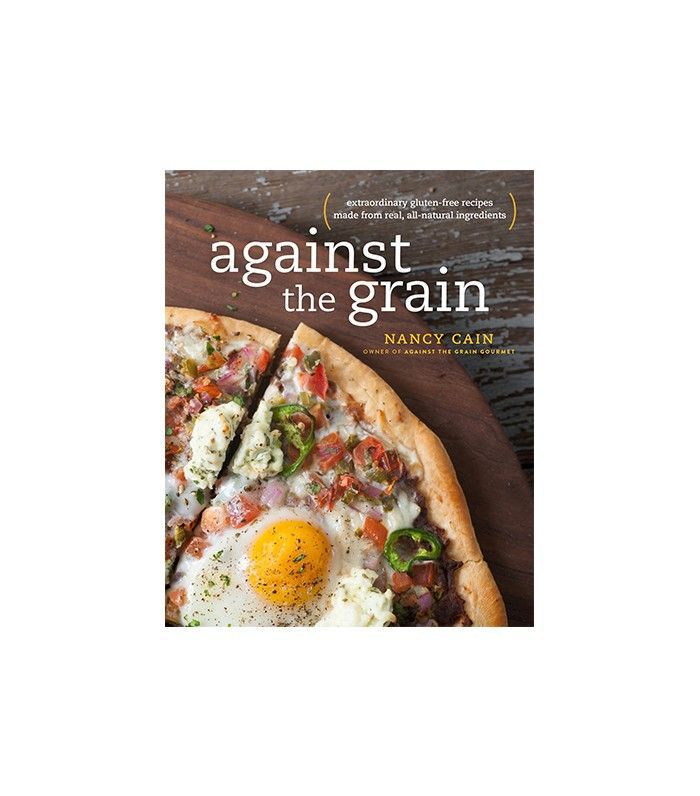 Nancy Cain Against the Grain $17
Shop 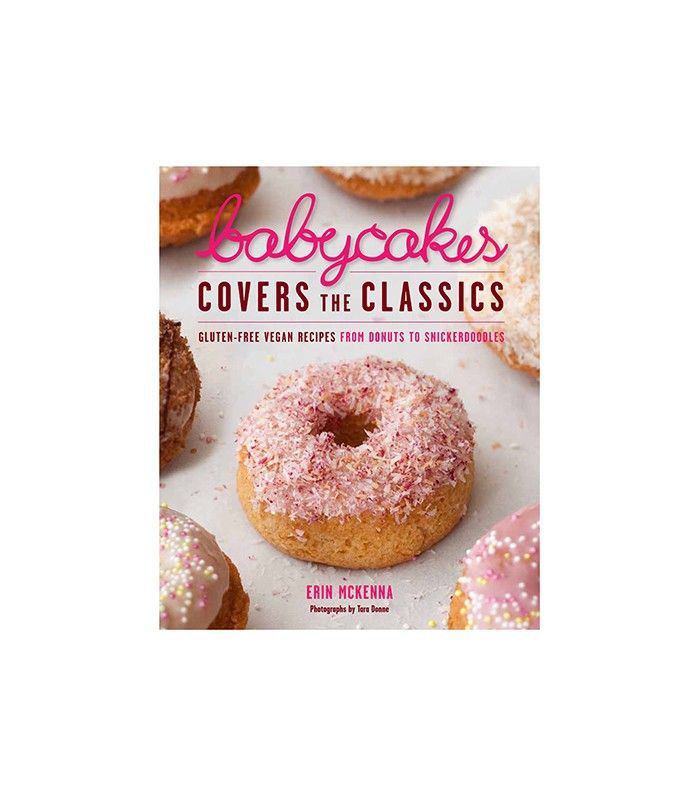 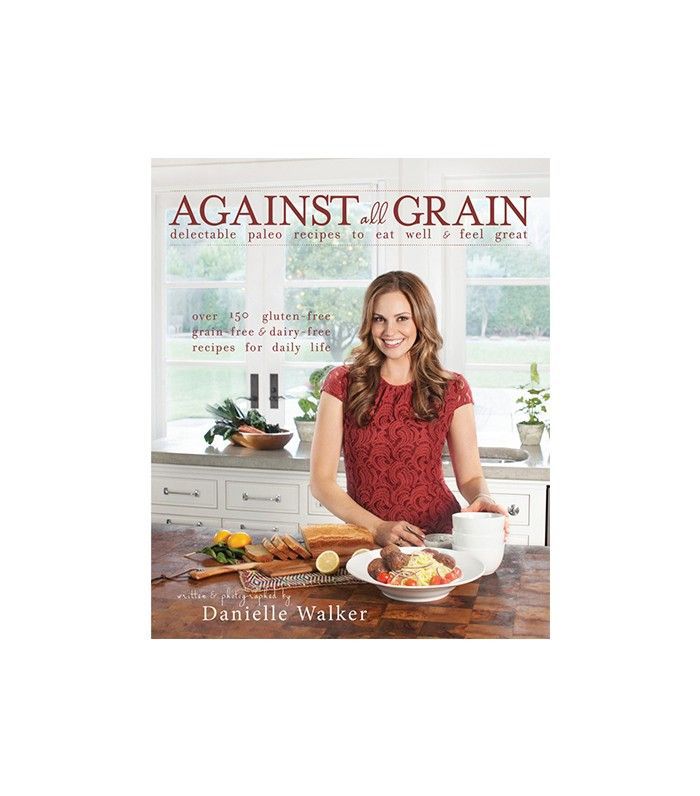 Danielle Walker Against All Grain $23
Shop
15 Gluten-Free Slow Cooker Recipes to Add to Your Weekday Dinner Rotation
Article Sources
MyDomaine uses only high-quality, trusted sources, including peer-reviewed studies, to support the facts within our articles. Read our editorial guidelines to learn more about how we keep our content accurate, reliable and trustworthy.