The summer of 2018 was defined by a few key cultural moments, including an excessive amount of well-documented celebrity vacations to Italy, Prince Harry and Meghan Markle's royal wedding, and a seemingly unlimited number of Instagram posts featuring the Aperol spritz.

In 2019, a new apéritif seems to be encroaching upon Aperol's popularity. Haus is a brand new, all-natural apéritif with a lower alcohol content than standard hard liquors and a whopping seven times less sugar than Aperol. Distilled from California grapes and made with fresh herbs and botanicals like elderflower, grapefruit, hibiscus, cinnamon, and lemon, it's a flavorful, refreshing drink that's already making waves in the alcohol industry. In fact, the brand's first batch sold out in just 12 hours.

"We created Haus because we were looking for a better way to drink and we just couldn't find anything out there that worked for us," Haus co-founder and co-CEO Helena Price Hambrecht tells MyDomaine. "We were tired of all the alcohol and sugar, the food colorings, the fake flavors, and the outdated aesthetics," she continues.

Along with co-founder Woody Hambrecht, the third generation winemakers created Haus on their farm in Sonoma County, California. With streamlined, natural ingredients, no preservatives or additives, a low-ABV, and a chic bottle to boot, it's no mystery why their first batch sold out so quickly. Now, they're selling about two bottles a minute of their second batch, which launched this July.

The light apéritif is made for mixing or enjoying on its own. Drink it up chilled and served in a wine glass, pair it with a splash of club soda and prosecco with lemon, or try it with mezcal and a lime.

"The alcohol industry hasn't changed in 100 years, and we're so excited to finally give people what they want—a better way to drink," Hambrecht adds. Head to Haus to give the next big thing in alcohol a try. 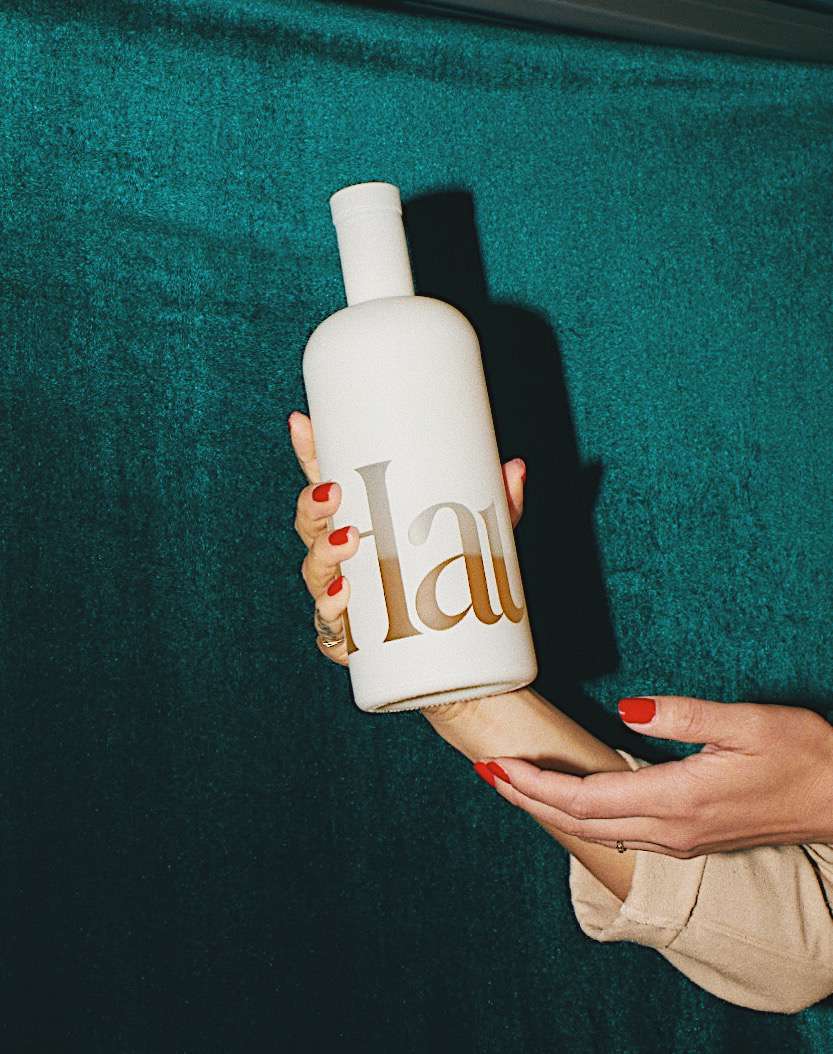 Up next: 34 of summer's coolest cocktails from the country's hottest hotels.