For a product that literally everyone owns, finding the perfect towel is surprisingly hard. With so many brands, types of fibers, and weave techniques to choose from, towel shopping can feel like an unnecessary trip down the rabbit hole. After all, a towel should be practical, not a nuisance.

But before you throw the proverbial towel in (sorry, had to) and purchase a cheap, pill-prone style, you might want to check out Havly. Founded in October 2019 by Raman and Jessica Kia, Havly is determined to make the only bath towel you really need. 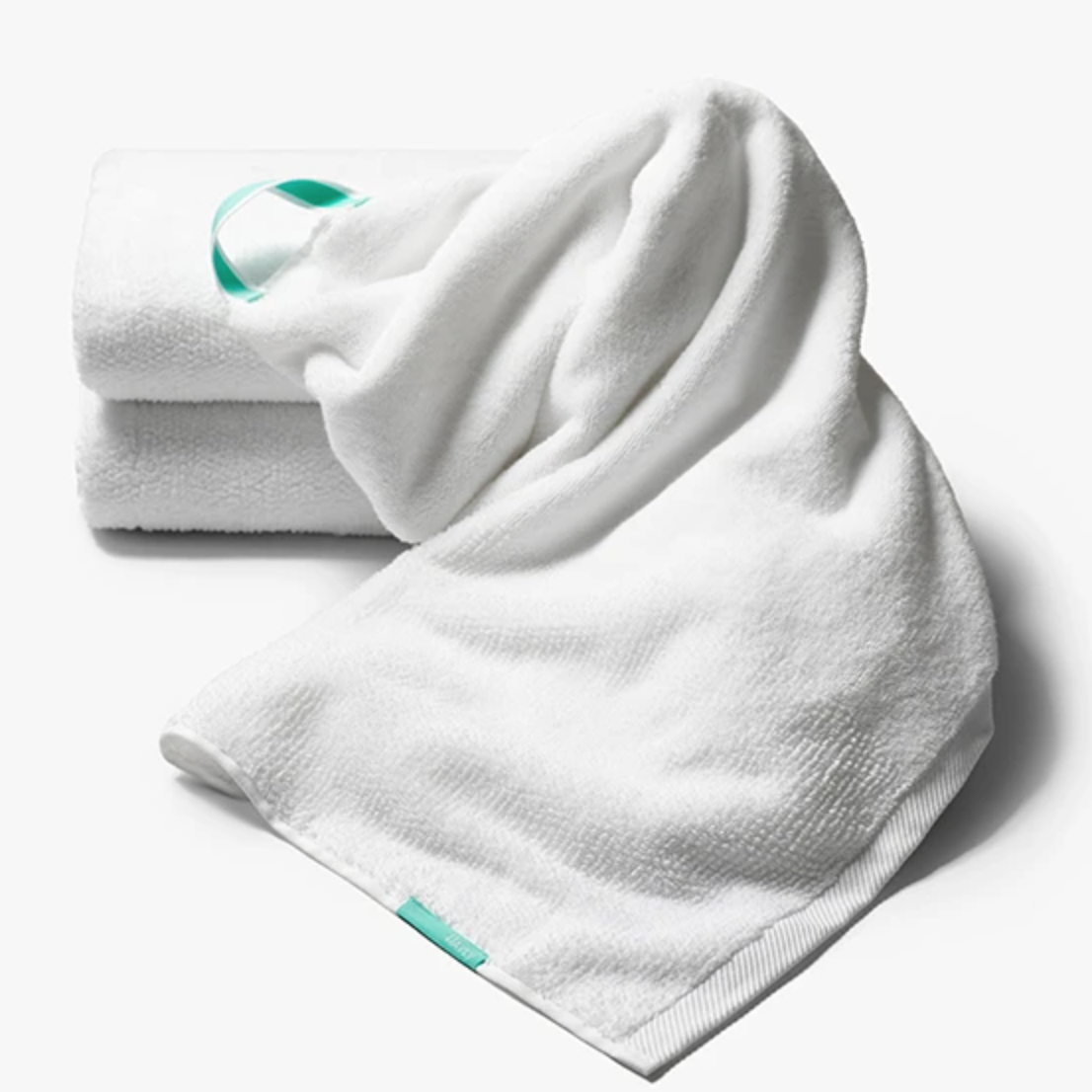 I know what you’re thinking: That’s a statement. However, the brand’s classic towels feature several smart details that solve problems you didn’t even know you had with other towels. Made with super-soft Aegean cotton, these towels strike a happy balance between plush and absorbent, which is more difficult to find than you’d think. At 30 inches by 58 inches, this option is larger than most towels (but smaller than a traditional bath sheet), so you’ll have plenty of material to wrap around your body and properly dry off.

However, the most impressive thing about Havly’s towels is how they are made. Not only are these towels Made in Green and Oeko Tex certified, they also feature a unique gradient weave. There’s a textured exfoliating section for your face and hands as well as a plush, absorbent section for the rest of your body, so you can actually dry every nook and cranny with one towel. Plus, Havly claims each towel can withstand up to 1,000 washes, which is apparently 970 more than the industry standard. I’ll let that sink in for a second.

I’ve been using Havly’s towels for a few months and I have to say, I get the hype. Simply put, these towels feel luxurious at first touch, and the gradient weave gives my skin the TLC it deserves.

Plus, Havly claims each towel can withstand up to 1,000 washes, which is apparently 970 more than the industry standard.

But my favorite thing about this option is the convenient D-loop attached to each towel. Not only does this keep my towel from falling off its hanger and onto my dirty floor, but the loops are also available in five cheery colorways. Sure, it’s a great way to introduce a pop of color to your crisp, white set, but it’s also a great way to differentiate towels if you live with your family, significant other, or roommate. It’s one of those small design details that often goes overlooked, but solves one of my annoyances with the towels I’ve previously owned.

Oh, and did I mention they’re reasonably priced? Havly’s bath towels cost $44 each, which isn’t necessarily chump change. However, when you consider that some direct-to-consumer brands sell smaller towels for the same price (if not, more), you’ll wind up walking away with the best bang for your buck.