Haylie Duff knows how to juggle. The new mom, actress, and author of food blog The Real Girl’s Kitchen is taking to the open road in a new series on Cooking Channel. Traveling cross-country to Austin, Denver, Las Vegas, Los Angeles, New Orleans, New York, and Santa Barbara, Duff can be seen documenting food-centric adventures in a new American city each half-hour episode of Haylie’s America (starting tonight at 10 p.m. ET/7 p.m. PT on Cooking Channel). From old-school haunts to hip new eateries alike, she'll also be hand-plucking an original recipe to share alongside each destination.

Any show that combines our shared affinity for food and travel gets a ping on our radar. We caught up with Duff for an exclusive sneak peek at what lies in wait for those following her trek across America. "It's been a long time coming, and I can't wait to share these discoveries," Duff tells us. This is where the pies come in. There was one recipe in particular that had the experienced chef and foodie seriously impressed. She gave us the play by play.

MYDOMAINE: You hit eight cities over the course of the show. Were there any standout destinations?

HAYLIE DUFF: I have a sweet spot for the South, being from there. I love Southern food. I love Southern people. I’m kind of a down-home, barefoot kind of chick. That’s just where I feel at home. Austin is a really fun episode. It’s a great little nod to Texas.

My other favorite would be New Orleans. New Orleans has always been a place that’s held a special place in my heart. It’s one of the most special cities in our country. It has so much history. The people who live there love where they’re from, and it’s so deeply embedded into who they are. I don’t know anyone who has ever gone to New Orleans without leaving completely in love with it.

MD: You share an original recipe every episode. Do you have a favorite?

HD: I made a pie in Austin, and I don’t bake! I felt really good about the pie that I made. Rachel Ashwell had us out to her beautiful bed and breakfast, The Prairie. She entered me into the pie contest, unbeknownst to me and not knowing that I don't make pie.

MD: That's ambitious! How did it go?

HD: The pie is kind of next level. It’s a savory pie. The crust is made with pecorino cheese and black pepper. I did it in a springform pan, so it has a really tall crust. The filling is three different kinds of wild mushroom with egg, almost like a quiche. I added fresh herbs and I topped it with an arugula salad. It’s the greatest thing I’ve ever eaten, honestly.

MD: We're pretty excited for pie season. Can we get the recipe?

HD: Yeah! I love sharing recipes. It’s beautiful for fall, but still sort of light. One thing I loved so much about this series is taking people on a food journey and sharing my recipes. We’re sort of on the fly keeping the show very authentic to where we are, instead of setting up perfectly styled tables. It’s almost the Snapchat version of Real Girl’s Kitchen.

MD: Is each recipe inspired by the travel destination?

HD: And cooking in crazy places! In New Orleans there wasn’t any place for me to cook, so we’re cooking on top of cinder blocks with a propane tank and a cast iron skillet. We made fried green tomatoes and the most delicious banh mi sandwiches with fried oysters. It’s all very spontaneous.

MD: What advice do you have for first-time cooks who might be intimidated to try new things in the kitchen?

HD: My outlook has always been: Aim for something that’s doable. Cook something that doesn’t have a million steps. Stick with simple recipes and work your way up to the harder stuff. Every time you really nail it, you’re going to be more confident.

In a food processor, add flour, cheese, salt, and pepper. Pulse twice just to mix. Add butter and pulse until the mixture resembles a coarse meal. Add 5 tablespoons of cold water to mixture and pulse until dough comes together. Remove lid and squeeze mixture together. If mixture is crumbly, add 1 tablespoon of water at a time. When dough holds together, remove carafe from base and dump onto a lightly floured work surface. Gently form dough into a disk. Wrap in plastic and refrigerate for at least 30 minutes (for up to 2 days).

Grease a 10-inch springform pan with a butter. Line the bottom of the pan with parchment. Roll out dough to a thickness of 1/3 inch, about 14 to 16 inches in diameter. Gently lay rolled dough into the pan. Tuck dough to form into the bottom and sides of the pan. Let the excess dough hang over the top edge of the pan. Trim any excess leaving about 1/2 inch all the way around. This will allow for shrinkage during blind baking.

Cut a piece of parchment larger than the springform pan. Lay parchment over crust and fill with dried beans, about two pounds. Blind-bake for 15 to 20 minutes, just until it begins to brown. Remove the beans, and let the crust cool to room temperature before filling.

In a small pot, add cut potatoes and 1 teaspoon salt, and fill with cold water just until potatoes are covered. Bring to a boil. Cook until potatoes are slightly tender when pierced with a fork, about 5 minutes. Drain and set aside. In a large skillet, on medium-high heat, add oil. When oil is hot, add mushrooms and sauté until all liquid is evaporated, about 3 to 5 minutes. Add another tablespoon of oil, then add shallots, potatoes, 1 teaspoon salt, and pepper. Cook for another 10 minutes or until mushrooms and shallots are tender. Set aside.

In a medium bowl, add all ingredients for herb salad and toss. 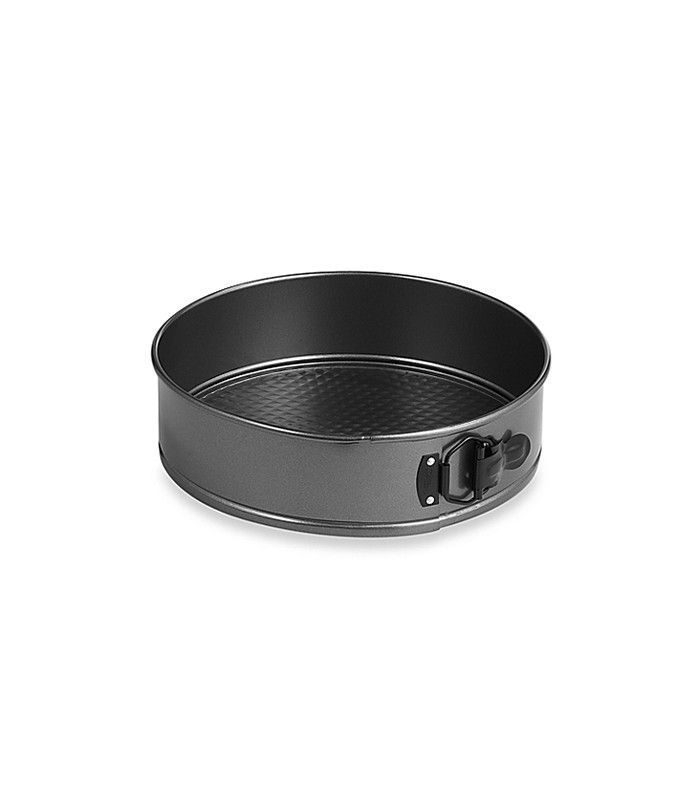 To get the right height for Haylie's pie crust recipe, cook it in a springform pan. 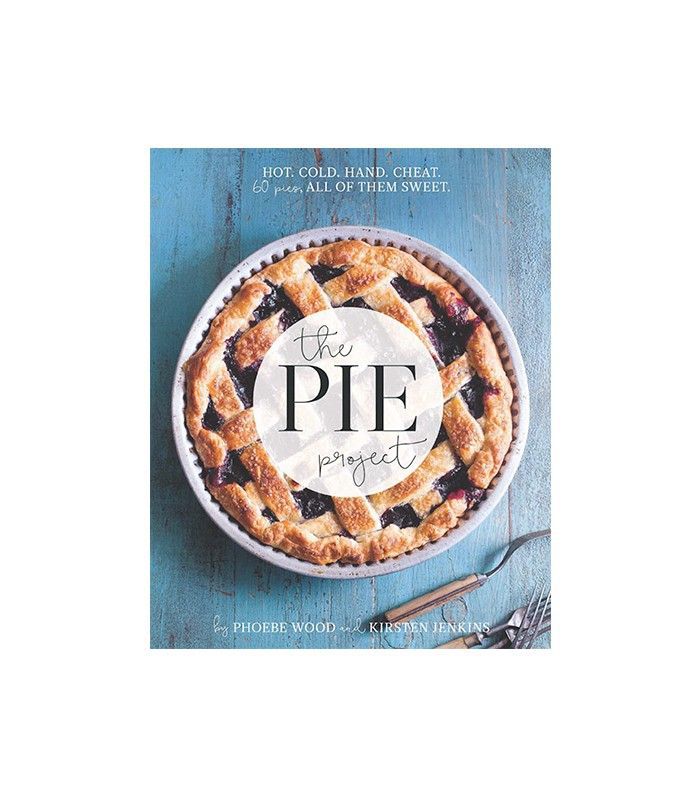 The Pie Project by Pheobe Wood and Kirsten Jenkins $25
Shop

Master the full catalogue of pies this season via this 60-recipe tome. Take a page out of Haylie's book and start with the classics.