Why Just 10 Minutes of Meditation Can Change Everything

Does your life move at a frenetic pace? If it's anything like mine, every day feels like you're running a race, constantly chasing a deadline that, once reached, is quickly followed up by another (and another). It seems like I have a never-ending to-do list that I'll probably never get to the end of, but man, does it feel good every time I tick something off.

The speed at which we operate today is overwhelming. It can make us feel erratic and out of control at times, which only increases stress and lowers our overall productivity. But there is a way to bring some calm and stability back into the mix: meditation.

Now, before you click out and dismiss this practice as hocus pocus, consider the science behind it first. According to Headspace, research from 163 different studies suggested that mindfulness meditation practice had an "overall positive effect on improving anxiety and stress." One study led by the University of Massachusetts Medical School taught mindfulness to a group of people with clinical levels of anxiety and found that 90% experienced significant reductions in anxiety and depression.﻿﻿ Former Buddhist monk and Headspace co-founder Andy Puddicombeall says all it takes is 10 mindful minutes a day, no incense or uncomfortable positions needed. Scroll down to discover the health benefits you can reap from just 10 minutes of meditation a day.

It Helps You Sleep

It's a common scenario. Your body is exhausted from a long day at work, but your brain is too wired to sleep. As soon as your head hits the pillow, your brain starts churning with thoughts of your lengthy to-do list or that important meeting in the morning. Well, you're not alone.

About 35% of adults in the U.S. complain about insomnia.﻿﻿ This adds up to an estimated $63 billion in lost work performance due to insomnia each year.﻿﻿ But there is a remedy. A study by JAMA Internal Medicine found that mindfulness meditation helped fight insomnia and improve sleep.﻿﻿

Dr. Herbert Benson, director emeritus of the Harvard–affiliated Benson-Henry Institute for Mind-Body Medicine told Harvard Health Publications that mindfulness meditation helps to alleviate insomnia because it can "evoke the relaxation response." This elicits a "deep physiological shift in the body" that can ease many other stress-related ailments such as depression, pain, and high blood pressure.

Stress is something we all feel on varying levels, but when left untreated, it can have dire consequences on our health. A study from the Harvard Business School stated that workplace stress may contribute to over 120,000 deaths each year.﻿﻿ Forbes magazine, in an article about the Harvard study, said that "anxiety about employment could potentially kill more Americans than diabetes, Alzheimer’s, or the flu every year."

But how do we eliminate stress and anxiety when, according to Headspace, "we're born worriers"? In fact, "scientists believe that our brains have evolved a 'negativity bias', meaning we’re drawn to threats more than opportunities." So how do we flip the frown upside down and get our stress levels under control? Simple, stop worrying, and start meditating.

A Mayo Clinic article says meditation is key to this and just a few minutes a day can "restore your calm and inner peace." A study published in The American Journal of Psychiatry found meditation-based programs were also highly effective in treating people with clinical levels of anxiety.﻿﻿ They found 90% of people in the group experienced significant reductions in anxiety and depression.

When it comes down to it, dedicating 10 minutes a day to meditate and truly switch off could save your life. Or if you can't find 10, then try this 1-minute meditation technique.

It Can Reduce Cardiovascular Disease

According to a leading physician, scientist, and author, Dr. Robert Schneider, the primary cause of this frightening statistic is stress, and his studies show that the best antidote for treatment and prevention of cardiovascular diseases is meditation, not medication.

"Research demonstrates that meditation cannot only reduce stress and cardiovascular disease; it also produces a wide spectrum of added benefits for physical and mental health. There is now sufficient evidence to conclude that for prevention of heart disease and promotion of overall mind-body health, meditation deserves to be included in our modern, daily routine.” —Dr. Schneider

It Can Ease Chronic Pain

If you suffer from chronic pain, you'll also know how debilitating it can be, not just on your health but on your finances, too. But research shows the holistic practice of meditation can alleviate pain and reduce the need for expensive narcotics. A Wake Forest University study showed a 40% reduction in pain intensity ratings during meditation when compared with non-meditation.﻿﻿

How does it work? The study found that by "activating and reinforcing some areas of the brain used in pain processing, meditation has the overall effect of helping to reduce pain intensity in patients." And you don't need to be a Zen master to reap the benefits. Study lead Fadel Zeidan said “it worked for beginners," too. If you're keen to give meditation a try, read Dr. Danny Penman's book, "You Are Not Your Pain: Using Mindfulness to Relieve Pain, Reduce Stress, and Restore Well-Being, an Eight-Week Program" (Amazon $18), which shows you how meditation can "turn down the 'volume' control on pain."

It Can Help Your Relationship

It seems that couples who meditate together stay together. Keeping the spark alive in your relationship could be as simple as practicing mindful meditation. One U.S. study of married couples found that their marital quality actually increased with meditation because it had a positive influence on how they identify and communicate their emotions. It also helped to control anger.﻿﻿

Researchers at The University of Rochester found that "mindfulness may play an influential role in romantic relationship well-being."﻿﻿ The study found that couples who meditate have greater relationship satisfaction and communicate better. Another University of Leuven study showed couples also have more empathy toward each other.﻿﻿

It Can Help Productivity

There are countless articles on how we can improve our productivity, but all of these hacks are pointless if we're stressed out, tired, or on the verge of burnout. If businesses really want to increase their employee effectiveness, they should include mindfulness on their to-do list.

According to a Forbes article, Aetna's health and wellness programs have introduced thousands of employees to mindfulness and gentle yoga practice with astounding results. After 10 weeks, self-reported stress rates were lowered, heart rate and cortisol levels went down, and employees experienced "improved sleep quality, reduced pain levels, and higher productivity."

Even The New York Times wrote about the success of Aetna’s programs. And if employee health and productivity aren't enough to convince your business to sign up for these mindfulness-based programs, then maybe the savings will. Forbes states that "Aetna has saved employers about $2,000 per employee in healthcare costs and gained about $3,000 per employee in productivity with the implementation of this single program."

Keen to start meditating? Shop our book selection below and learn more about this healing practice. 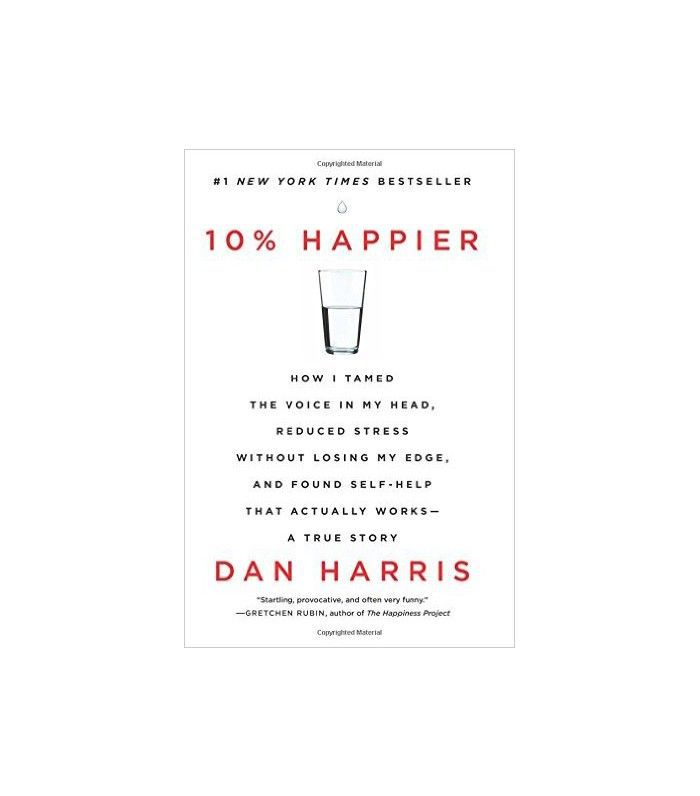 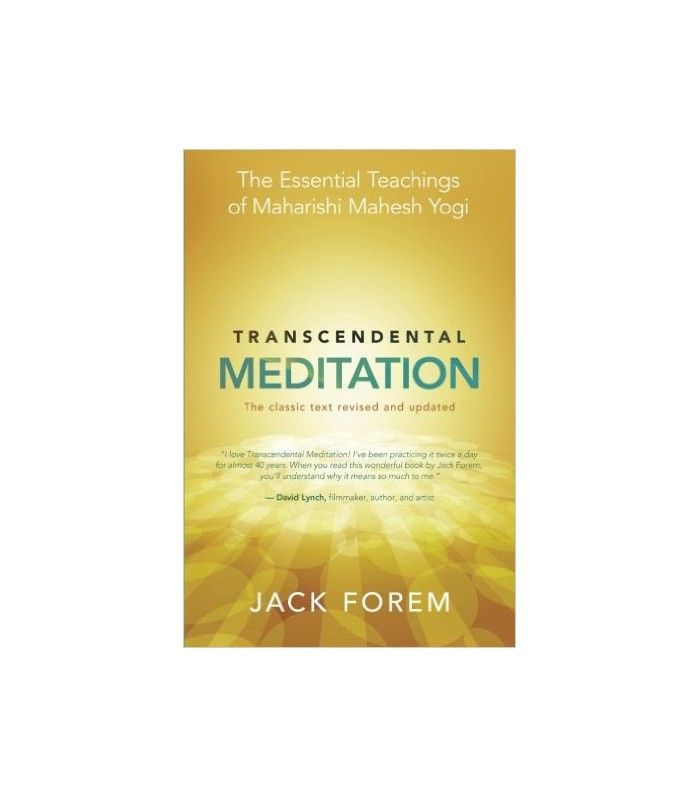 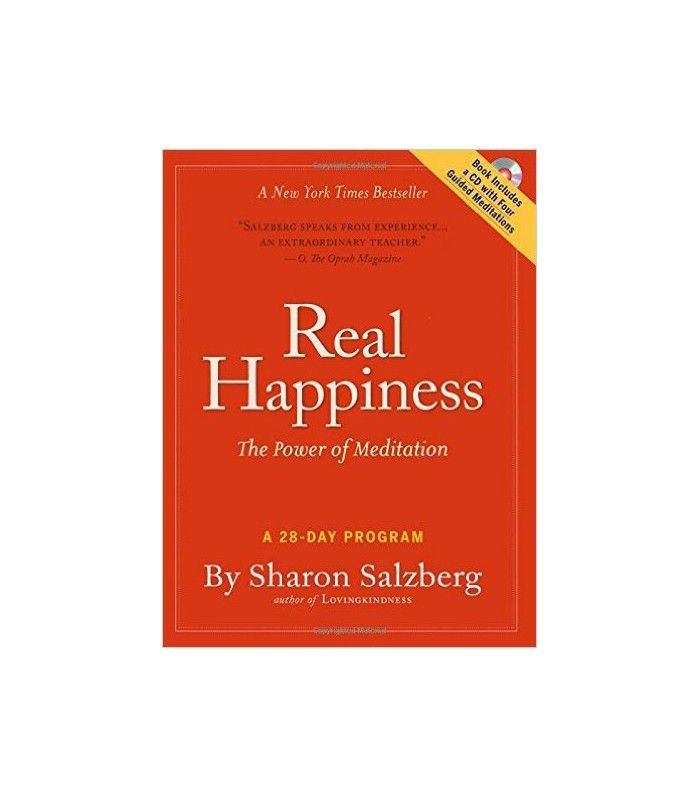 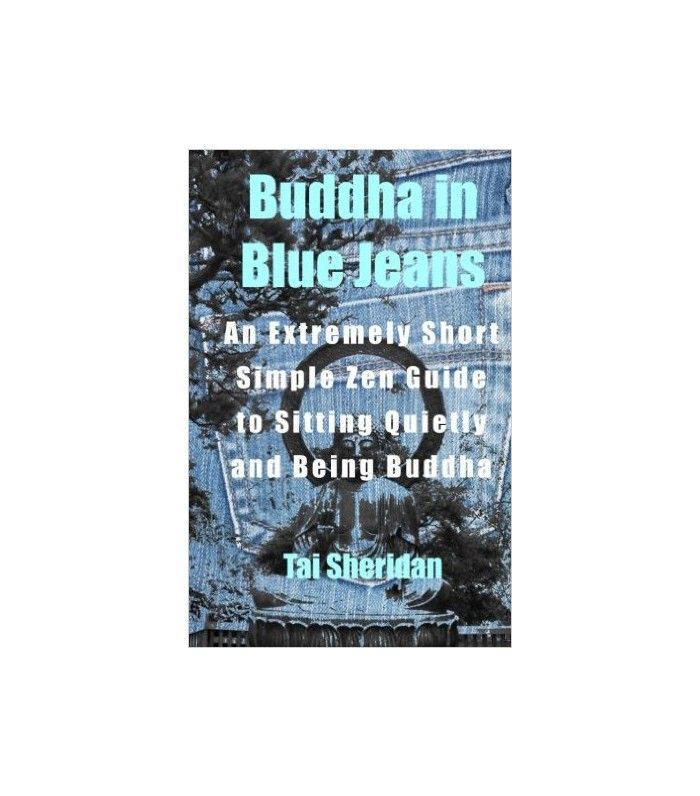 Tai Sheridan Buddha in Blue Jeans by Tai Sheridan $4
Shop
Article Sources
MyDomaine uses only high-quality, trusted sources, including peer-reviewed studies, to support the facts within our articles. Read our editorial guidelines to learn more about how we keep our content accurate, reliable and trustworthy.