Bad News: These "Healthy" Foods Are Actually Bad for Your Heart 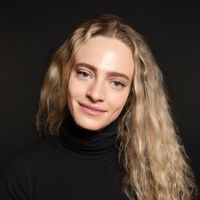 Hallie Gould
Hallie has worked in beauty editorial for eight years and has been a senior editor at Byrdie since 2016.
MyDomaine's Editorial Guidelines
Hallie Gould

Eating healthy is never one size fits all. Our bodies are all so different—with various needs and quirks to attend to. So while a seemingly healthy food can be recommended by nutritionists and dietitians, it may not be right for you. We spoke with Steven Gundry, MD, a top heart surgeon and author of the upcoming release The Plant Paradox, as well as Christopher Calapai, an NYC board-certified expert in osteopathic medicine specializing in longevity, to find out which weight loss–friendly foods should be avoided—especially if you're trying to keep a heart-healthy diet. Keep reading to find out and, honestly, prepare to be shocked. We were.

Gundry explains, "A ripe banana's starch instantly converts to sugar in your bloodstream, making it the ultimate heart-unhealthy fruit." Calapa agrees: "Bananas are high in carbohydrates and raise the triglyceride."

Instead, try blackberries and pomegranates, as "they're low in sugar and contain potent, disease-fighting antioxidants such as polyphenols," says Gundry. "The antioxidants in these fruits are unique in that they are both water- and fat-soluble, meaning they can travel from the bloodstream to brain cells, with dramatic implications to brain vitality."

"There is a correlation between nightshade and inflammation in your joints," explains Calapai. "It doesn't occur in all people, but you have a reaction, you should definitely avoid it."

Instead, try portobello mushrooms. Gundry says, "They that same meaty texture, without all those lectins. Portbellos, baby ones especially, are a powerhouse of nutrition with vitamin D, antioxidants, riboflavin (a source of vitamin B important for energy), and copper." According to Calapai, You can also have zucchini, squash, and peppers.

Beans are loaded with lectins—a protein produced in plants as a defense mechanism from getting eaten—which cause serious damage to your digestive system, notes Gundry. "Also, the CDC states that 20% to 30% of all 'food poisoning' cases in the US come from the lectins in undercooked beans." Calapa adds: "Beans are indeed very high in carbohydrates and sugar. However, I would argue that beans can cause inflammation, but in some cases, they may not."

Our advice? Try them and see how you feel. To be safe, though, it might be best to include soaked pine nuts in your diet instead. Gundry recommends a half-cup of raw pine nuts for every cup of cooked beans; just let them simmer in whatever you're cooking. "They mimic cooked beans and are loaded in protein to keep you full," he says. Calapa also suggests squash, as it has a ton of minerals like potassium.

"Most grains, be it the 'healthy' type or not," Gundry says, "are loaded in lectins that wreck havoc on your gut, causing weight gain and digestive problems." Another shocking fact? According to Calapa, "Rice has been known to carry arsenic. In fact, a lot of grains are genetically modified and that can cause serious gut problems."

Gundry suggests millet, a gluten-free alternative that cooks similarly to rice (and is loaded with probiotic fiber and protein). Calapa, on the other hand, says, "In truth, people don't really need grains. You can get everything you need with vegetables. [I've found] when I take grains out of my patients' diets, they end up feeling healthier, lose a few pounds, and even have clearer skin."

"Greek yogurt is usually made from American cows milk, which contains a harmful protein called casein A1. It acts as a powerful agent to damage your intestines, pancreas, and promotes leaky gut and mucous formation," Gundry says. "As an alternative, try sheep, buffalo, or goat yogurt, as they make casein A2, a perfectly safe milk protein."

"Soy contains a compound called phytoestrogen, which works like estrogen. Too much of it can disrupt your adrenal and thyroid glands," explains Gundry. In addition, many people are allergic to soy and have a difficult time digesting it. "Spaghetti squash is a better alternative," suggests Calapa, as it can taste like noodles in your favorite dish.

What are you favorite heart-healthy dishes? Share your best recipes in the comments!