When I ask you to close your eyes and imagine Los Angeles, what comes to mind? Palm trees, movie stars, and wide open spaces? That radiant California light? Many see it as a sort of Garden of Eden where it seldom rains and the sun is always shining. But it's also a city of sprawl, materialism, and drought. There is a reason that both utopic and dystopic fantasies are projected onto it: L.A., at the edge of the continent, represents futurity—it's a strange, strange place of contradiction. And perhaps that's precisely why so many millions of us love it, even if we do leave it in the end like I did.

Though I was raised in San Francisco, my father was a first-generation Angeleno, so I grew up on stories of the Sinatras and tales of the days when you could ride your bike all the way from Malibu to USC with ease. I've always been fascinated by kitsch and moved by nostalgia, so it was inevitable that these old Hollywood legends would lure me there eventually. I ended up living there for six years before coming to New York, and of course, I found something very different and initially, quite a bit less glamorous.

I like to think of Los Angeles as a dear, staunchly introverted friend. They're excruciatingly slow to open up, but once they do, you grow more and more fascinated and inspired by their magic. Like many good people, their best qualities live just beneath the surface. So when I close my eyes and imagine L.A., I don't think of "the industry" or even of the Pacific Ocean, really. I think of banal places like the Gelson's parking lot on Glendale Boulevard in Silver Lake, a spot so unromantic that its unexpected beauty becomes even more exquisite and intimate (go there alone on a warm September night when the full moon is hanging low over the glimmering hills, and you'll see what I mean).

I also think of all the gloriously weird haunts and old-school landmarks, because the best parts of this city are always where you least expect to find them. To spread my L.A. rhapsody, I compiled a list of my favorite hidden gems in Los Angeles. Knocking each of them off your bucket list is like a rite of passage, so learn about the retro institutions and underrated spots to add to your bucket list for a good time, whether you're passing through or you're there for good.

The Prince: Though you probably wouldn't notice it if you were walking by on the street, you'll definitely recognize this joint once you walk in, because a lot of the scenes in Mad Men and New Girl were filmed here. Cozy up in the red booths for a date night.

Don't miss a stop by the Red Lion Tavern, which has a Bavarian theme but promises a "How is this in L.A.?" sensation.

Crawfords Chicken: For the best fried chicken you'll ever have (at least in L.A.), cold beer, and a game of pool, go to this hole-in-the-wall joint. The menu is limited to fried chicken, hot fried chicken, a handful of sides, and a rotating pie of the day, so come hungry, but don't bring any high-maintenance eaters with you.

Drawing Room: This is one of the very few bars in Los Angeles that opens as early as 8 a.m. It's a great place to come for cheap drinks and no-frills, easy-going vibes.

Musso and Frank Grill: Founded in 1919, this Old Hollywood steakhouse is so much fun. "The bloody Mary's at Musso & Franks are unparalleled in Western thought and can cure anything. … She could still go to Musso's without everyone dropping dead for her autograph. She wasn't that famous yet," writes Eve Babitz in Slow Days, Fast Company. We'll leave it at that.

Ricky's Fish Tacos: I've eaten a ton of fish tacos, and so far, these are the best I have ever had—period. (Best Fish Taco in Ensenada is a close second, though.) The truck is usually parked on Riverside Drive (you can track it on Twitter) and is closed on Tuesdays.

Tiki-Ti: Opened in 1961, old-school Hawaiian memorabilia abounds in this tiny little one-room bar. Order the Uga Booga and they'll do a fun little chant for you. As to be expected, it's cash-only, so come prepared. Hop over across the street to El Cid, which feels like a Mexican lounge and restaurant built into a cliff.

Clifton's Republic: This cafeteria-style, tiki-themed speakeasy is in the heart of Downtown. Are you sensing a theme here? I have a thing for tiki, and lucky for me, so does L.A.

The Shakespeare Bridge: I stumbled upon this gem of a place when I got lost on my way to the aforementioned Gelson's parking lot. It had been a late night at the office and I was new to the area, and seeing a gothic bridge out of nowhere was unsettling. It quickly became my favorite route, even though it was quite out of the way. It's located on a tiny street at the intersection of Silver Lake and Los Feliz, St. George Street, and was completed in 1926.

The Bridge to Nowhere: Head up to Angeles National Forest on a weekend to see life-changing views from great heights. I came during a meteor shower and I'll never forget it. You'll feel like you're on your way to a Twin Peaks–esque town in the best of ways.

Frank Lloyd Wright Homes: Look up the addresses of various Frank Lloyd Wright homes, all of which are a Brutalist enthusiast's dream. I got lucky when the homeowner saw me peeking through the gate and invited me inside. Another fun residential space to explore is the Case Study House #22 (also known as the Stahl House) if you love modernism.

Los Feliz Murder House: Do you like exploring creepy, abandoned places? This one is by far one of the most fascinating sites I've ever been to. It's been abandoned ever since the '50s after a murder-suicide took place there. For similarly creepy vibes in the same neighborhood, check out Griffith Park's abandoned zoo.

Bradbury Building: Take a walking architecture tour of all the incredible Art Deco structures downtown. My favorites are the Bradbury Building, the oldest operating commercial building in the city, The Eastern Colombia Building which is an exquisite shade of green (it doesn't hurt that Acne Studios is downstairs, either), and the old-school cable car across from Grand Central Market.

Witch's House: Formally known as the Spadina House, this privately owned home in Beverly Hills looks like it came straight out of a storybook, like Hansel and Gretel or Snow White.

Union Station: Located in Downtown, this train station fuses a few of the predominant architectural influences of the areas, including Mission Revival and Art Deco, anchoring in a strong sense of place. The dramatically high ceilings along with the repetition of the arches make it feel like you're stepping inside a kaleidoscopic time machine.

Time Travel Mart: With one location in Echo Park and another in Mar Vista, this "convenience store for time travelers" is known for its vast selection of quirky knick-knacks, with each purchase benefiting the 826LA, a non-profit organization that provides creative-writing programs to local students. If you fancy yourself a time-traveler, go get yourself some supplies like a jar of Industrial Revolution pollution, mad scientist goggles, and hindsight glasses.

Barnsdall Art Park: If you aren't able to get a close-up of one of the private homes (or if you can't brave the crowds over at Griffith Observatory), watch the sunset at Barnsdall Art Park. There are incredible views and there's room to spread out and read on the lawn.

Malibu Creek State Park: Hike along this lovely little stream where you'll hear bluebirds singing and the trickle of waterfalls. I also hear there are some secret hot springs, though I was never able to actually find it.

L.A. River: If you're brave enough to walk through the long pitch-black tunnels in the Arts District, you'll find an interesting dried-up river. Hang out at sunset for an unexpectedly romantic and beautiful moment (scenes from Drive were shot here if that conjures up any images).

Descanso Gardens: Spend a Saturday or Sunday exploring the sprawling gardens and hills where there's also an on-site art gallery and a historic home (Boddy House) that belonged to the former property owners.

Fish Canyon Falls: You can find these gorgeous 80-foot falls in the same national park as the Bridge to Nowhere (Angeles National Forest). The area is closed due to fire damage, but keep your eye out for reopening.

Underground Speakeasy Tunnels: Built during the prohibition era, these tunnels functioned as a bootlegging system to keep the booze coming. You can enter them through City Hall on Temple Street (I still haven't worked up the courage to go). 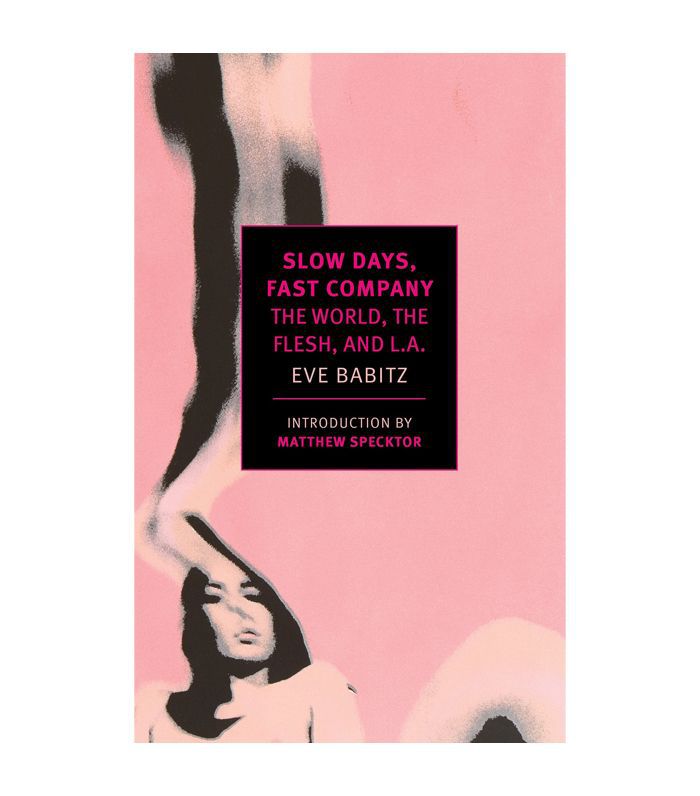 Stand-out quote: "I decided enough was enough, I would be satisfied with just the sunsets in Los Angeles and forget finding the someone I didn't mind. I had a collection of lovers to keep me warm, and my friendships with women, who always fascinated me by their wit and bravery." 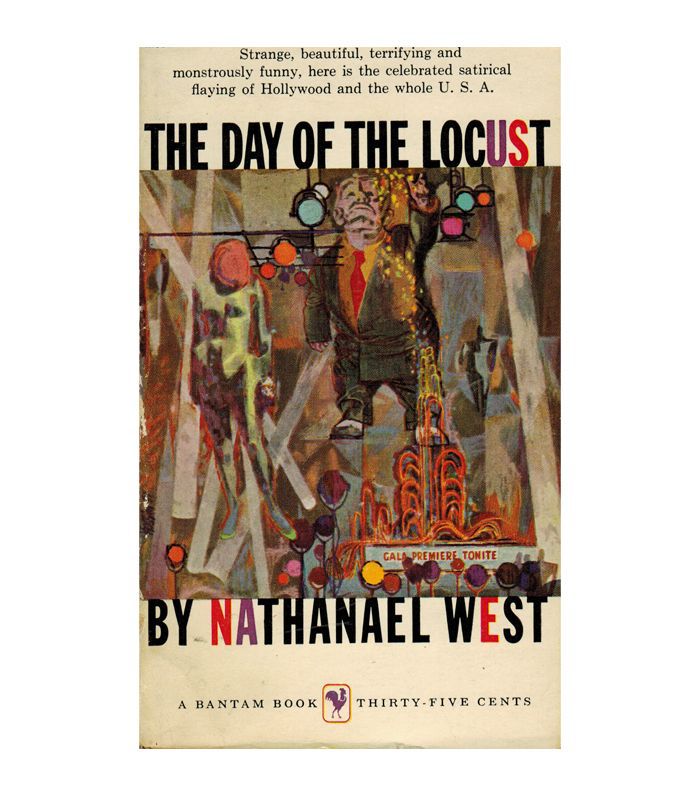 Stand-out quote: "And 'The Burning of Los Angeles,' a picture he was about to paint, definitely proved he had talent." 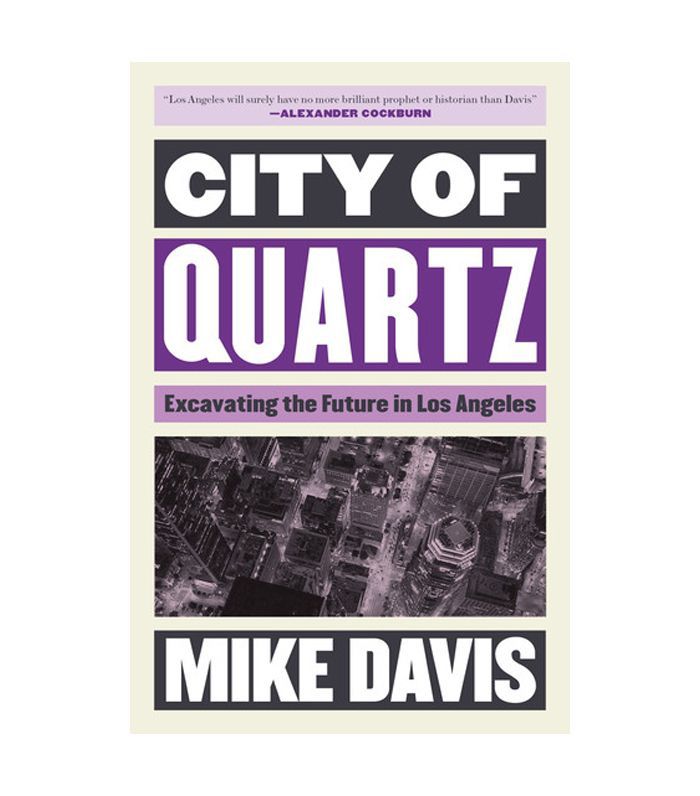 Stand-out quote: "In spite of the artists, writers, and aspiring film stars, the sensibility of a real Montmartre, Soho, or even Greenwich Village, cannot be felt here. The automobile mitigates against such a feeling, and so do the new houses. Hollywood lacks the patina of age." 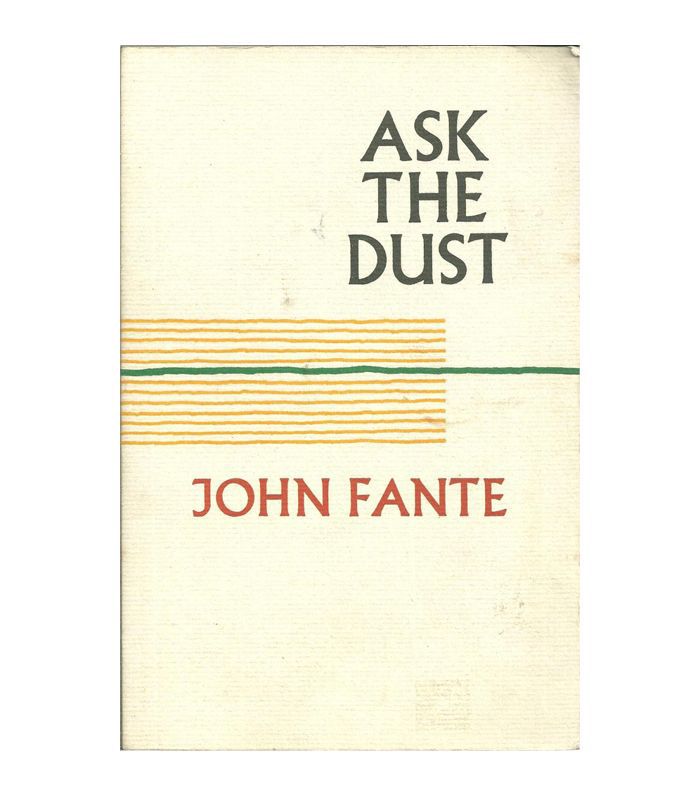 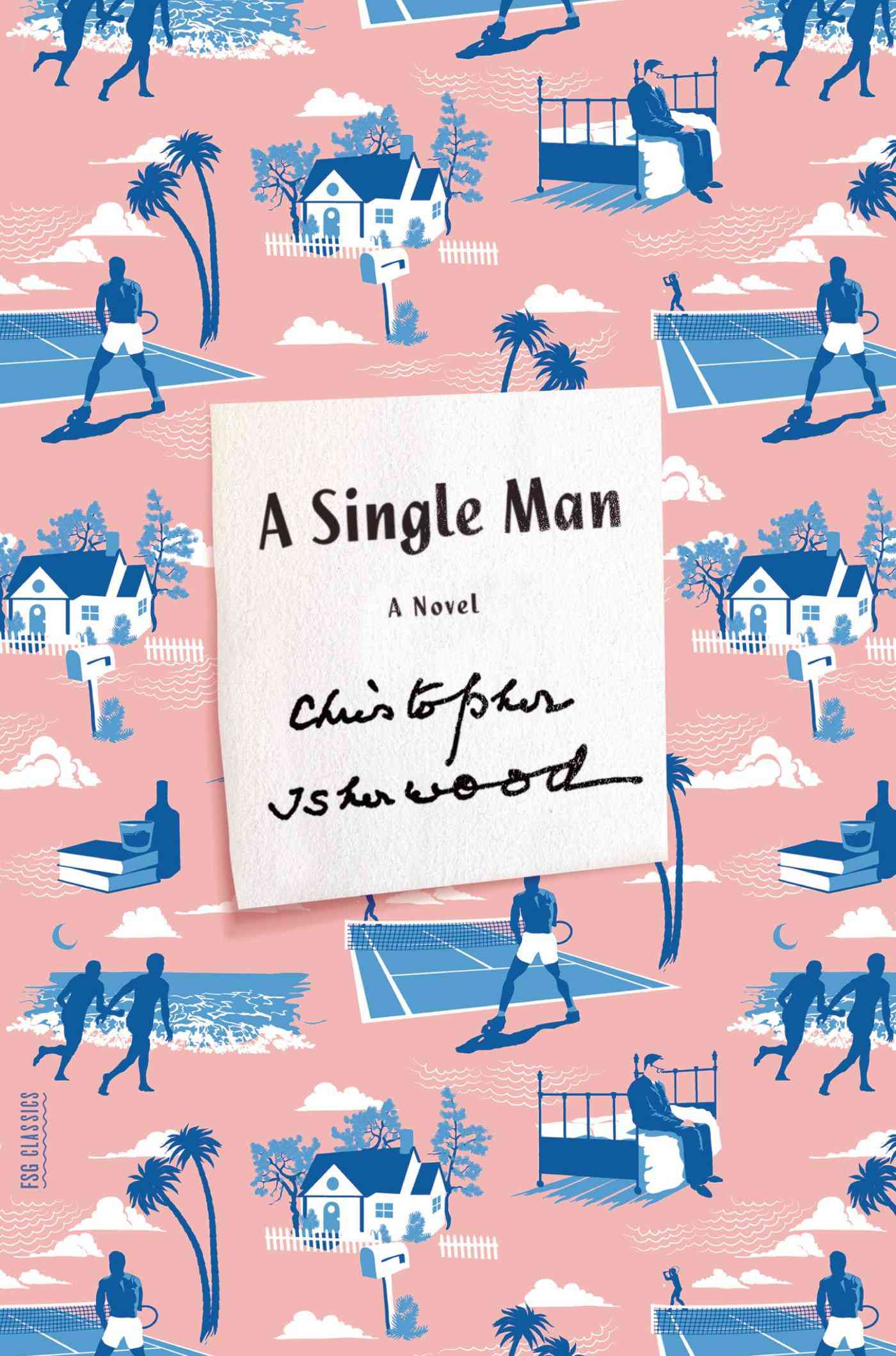 Stand-out quote: "An afternoon drive from Los Angeles will take you up into the high mountains, where eagles circle above the forests and the cold blue lakes, or out over the Mojave Desert, with its weird vegetation and immense vistas." 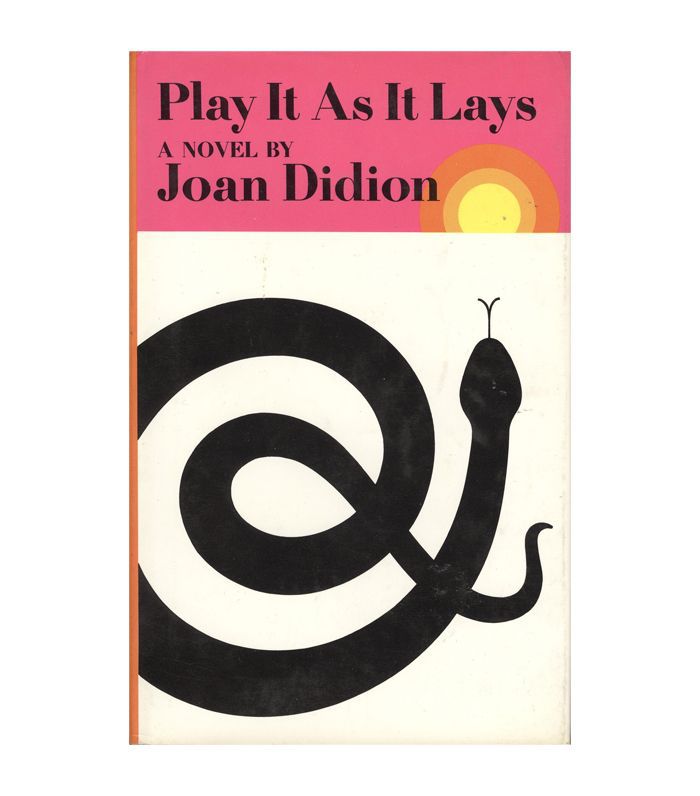 Stand-out quote: "It was essential (to pause was to throw herself into unspeakable peril) that she be on the freeway by ten o'clock. Not somewhere on Hollywood Boulevard, not on her way to the freeway, but actually on the freeway." 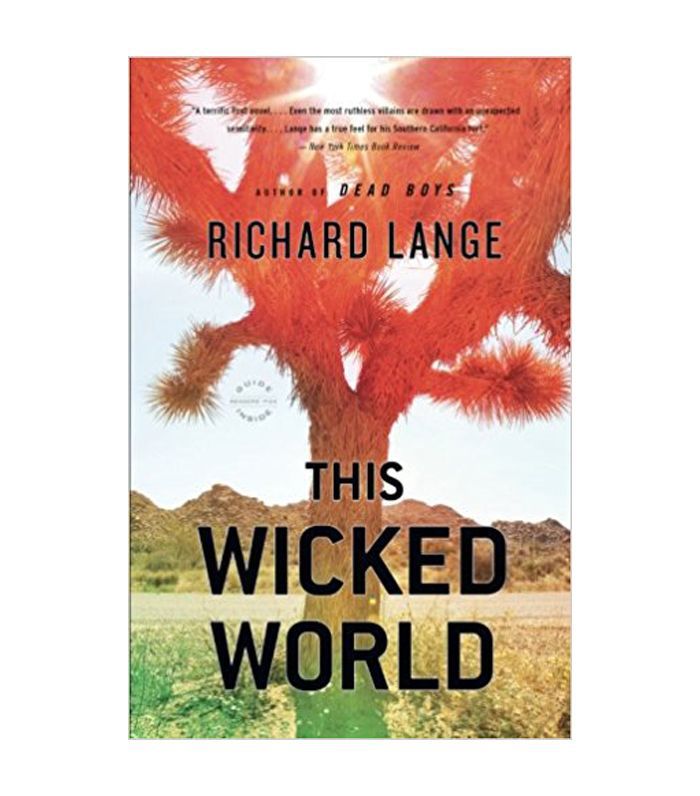 Stand-out quote: "Los Angeles is not its haughty self in the rain." 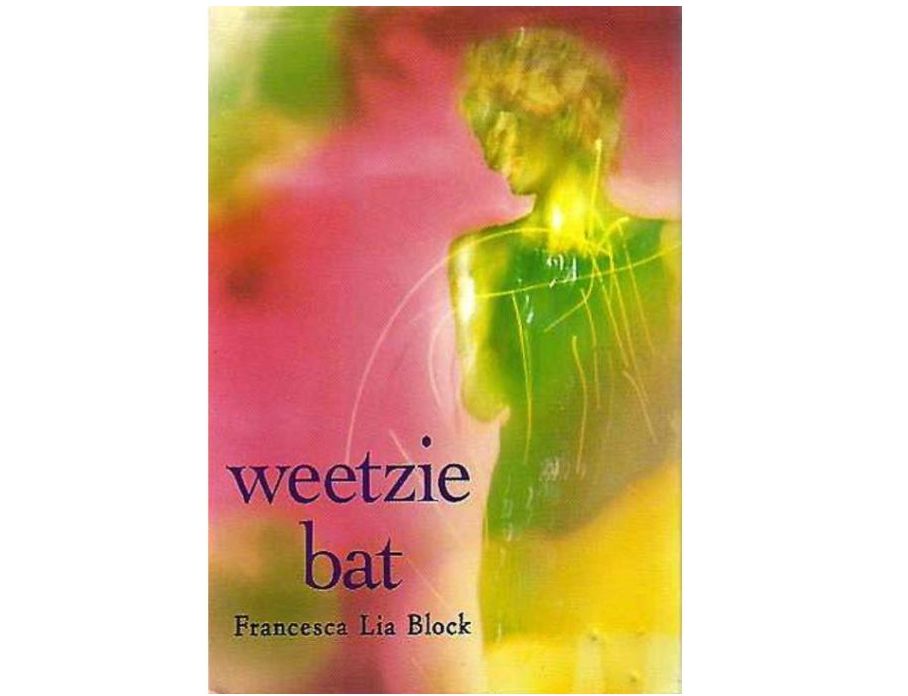 Stand-out quote: "Once, in a city called Shangri-L.A."