Mentally Exhausted? Here's How to Be More Creative in the New Year

Although the most popular New Year's resolutions tend to focus on fitness, food, and finance, committing to be more creative is also an equally worthy goal. One study published by the American Journal of Public Health found that art can help improve our mood and general well-being, but making time to pursue creative endeavors as the year winds down is easier said than done. It's no wonder that come November, life can feel like a nonstop whirlwind of traveling, gift shopping, and merry celebrations, eaving many of us feeling tired and uninspired by the end of December.

It's easy to get swept up in the festive frenzy, which is why it's key to carve out time for ourselves to avoid burnout by New Year's Eve, explains Denise Jacobs, author of Banish Your Inner Critic. "The holidays can be exhausting," she says, but partaking in activities that we consider fun and enjoyable can help keep our creative juices flowing without totally draining our brains. “It could be baking cookies with your friends and family, decorating, or making gifts together instead of going out and buying them,” Jacobs suggests. “This can help ratchet down the pressure of the holiday so that you have something left to take into the New Year.”

The founder of The Creative Dose also points out that creativity isn't limited to people who work in specific industries. "[That's] one of the biggest myths: That you're only creative if you are a visual artist, a musician, a writer, or a dancer," says Jacobs. "People can be creative and they can be scientists. Software developers are incredibly creative. People who are analytical are critically creative."

We asked the creativity expert to share her top tips in time to inspire our own New Year's resolutions—keep reading below for your quick guide to being more creative in the year ahead.

The first step to unblocking your creativity is to identify your inner critic, Jacobs says. "You're telling yourself that you're not creative enough: I don’t have good enough ideas, people are going to judge me, my work isn't as good as so-and-so's work. I wasn't trained to be [that], and you've got some mental story that you're playing over and over in your head," she explains. "That is what’s standing in between you and your creativity. Recognize those stories and then try to counter them."

If you still can't silence your internal pessimist, Jacobs recommends reflecting on the activities that get you into the zone. Consider the things that engage you to the point where hours seem like mere minutes—or perhaps "time slowed down because you were so present in the moment with what you were doing that you were just deep in it. When you find those places, that's your creative genius. That's where you find your zone of creativity and where your brilliance lies," she says. You don't have to "write the next Great American Novel; your creative genius [might be] planning parties, coming up with a new recipe, or facilitating how people interact with each other," she adds.

The bottom line: The next time you start to criticize yourself, taking a moment to acknowledge and evaluate those mental roadblocks (like whether you underestimate yourself as a result of gender stereotyping). 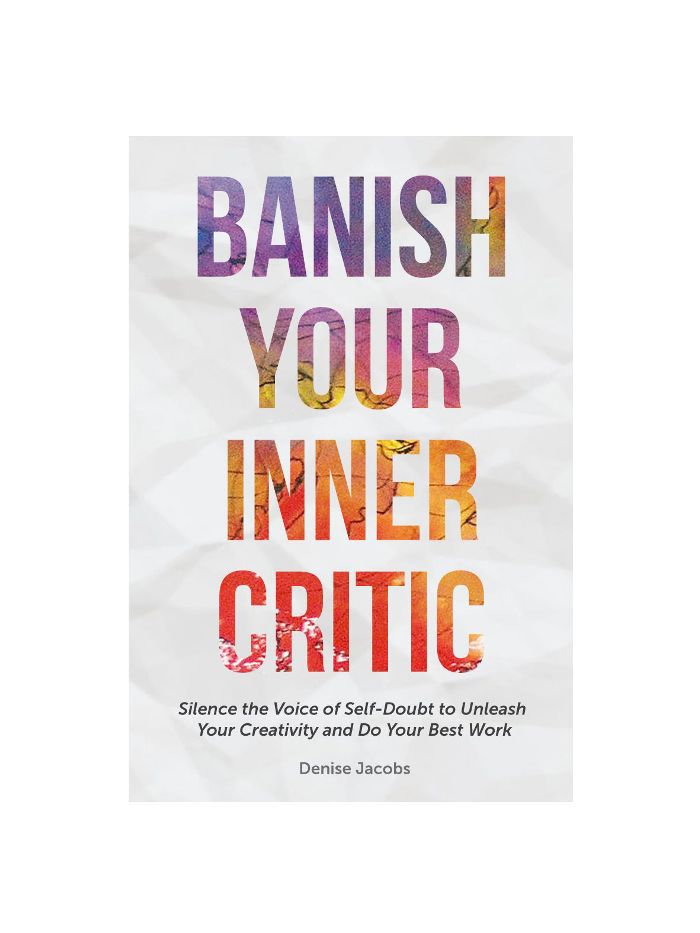 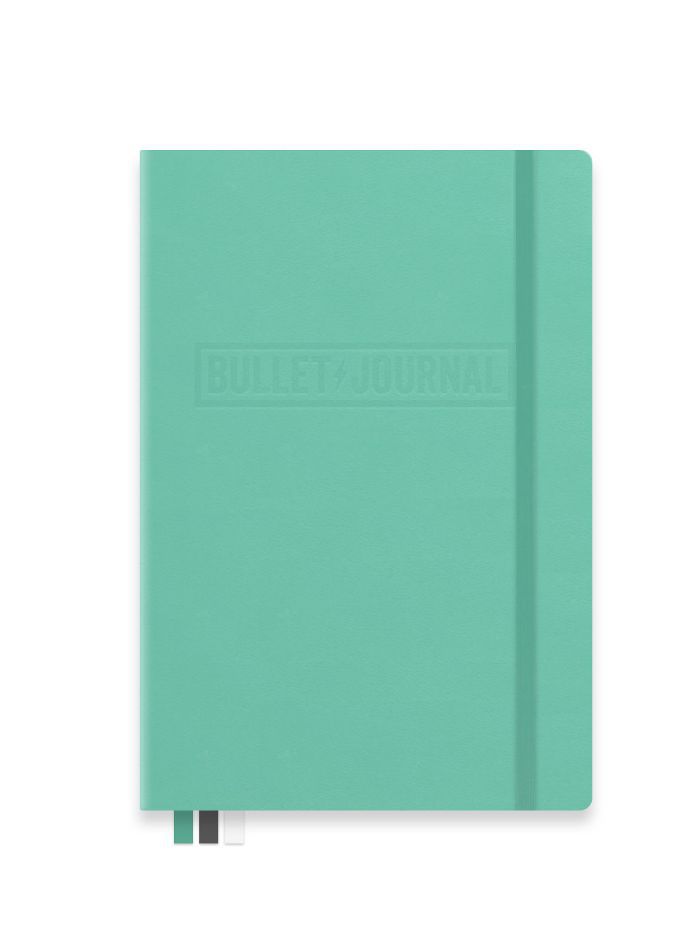 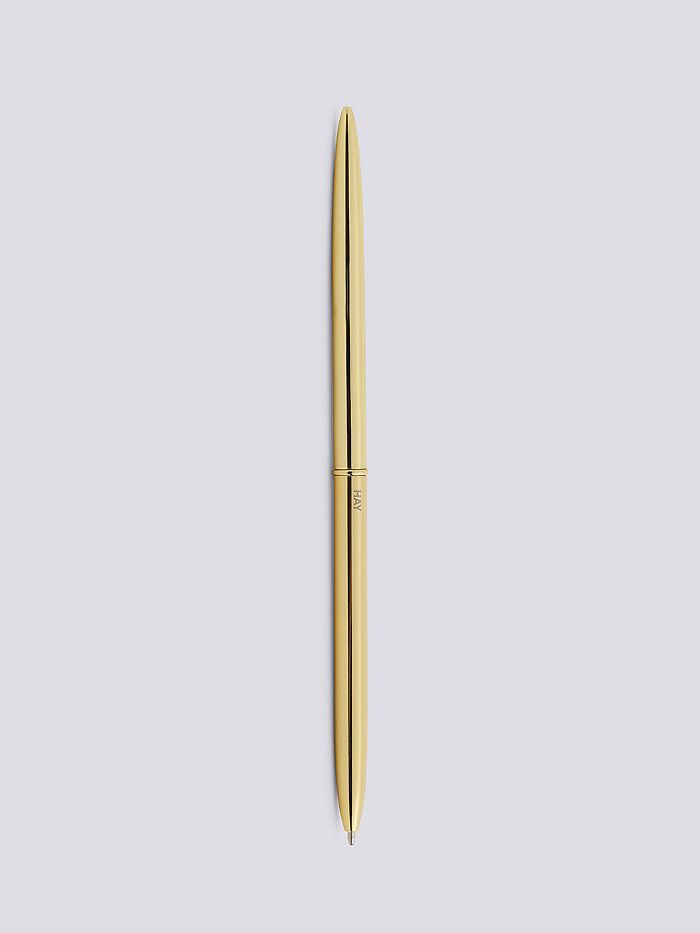 Lean Into Your Hobbies

Once you've turned down the volume on your inner naysayer, "The second thing is then to recognize where it is that you are creative, and then to capitalize on that," says Jacobs. "Instead of trying to get better at something that you're not very good at and not really interested in, focus on the things that you’re really good at and just keep getting better at those."

Even Jacobs isn't immune to the dreaded writer's block. In her case, her writing coach recommended spending 15 minutes a day doing something with her hands. "I make earrings and jewelry," but another person might find it relaxing to crochet, make candles, or color in a coloring book," she says. It can be as simple as "[taking] a piece of paper, scribbling lines, and coloring in the little sections."

The bottom line: Whether it's knitting, filling out crossword puzzles, or investing in the stock market, prioritize making time for hobbies that you already find fulfilling and exciting. 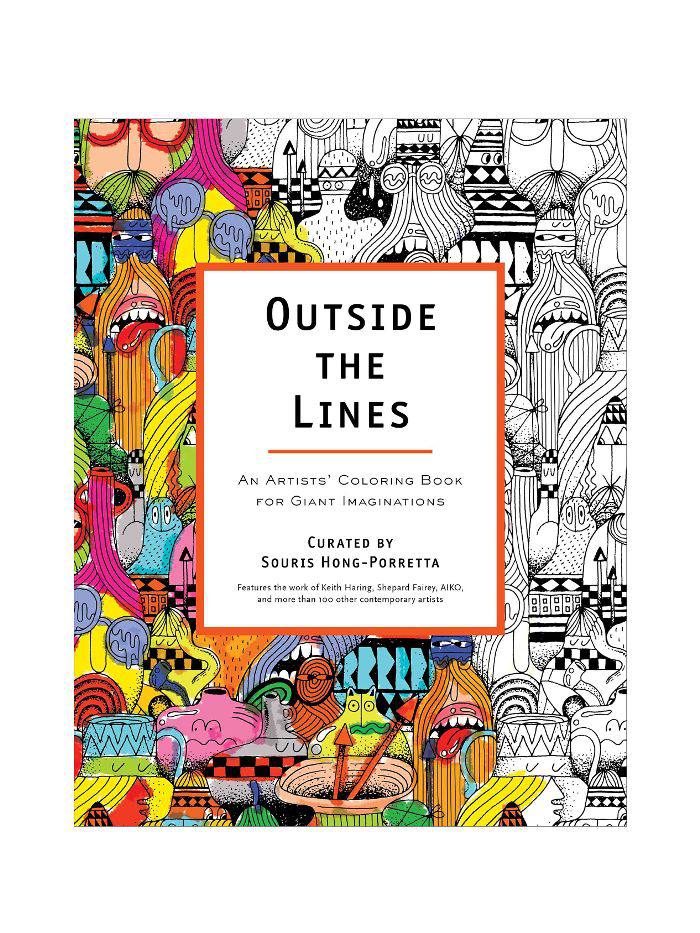 Souris Hong-Porretta Outside the Lines $16
Shop 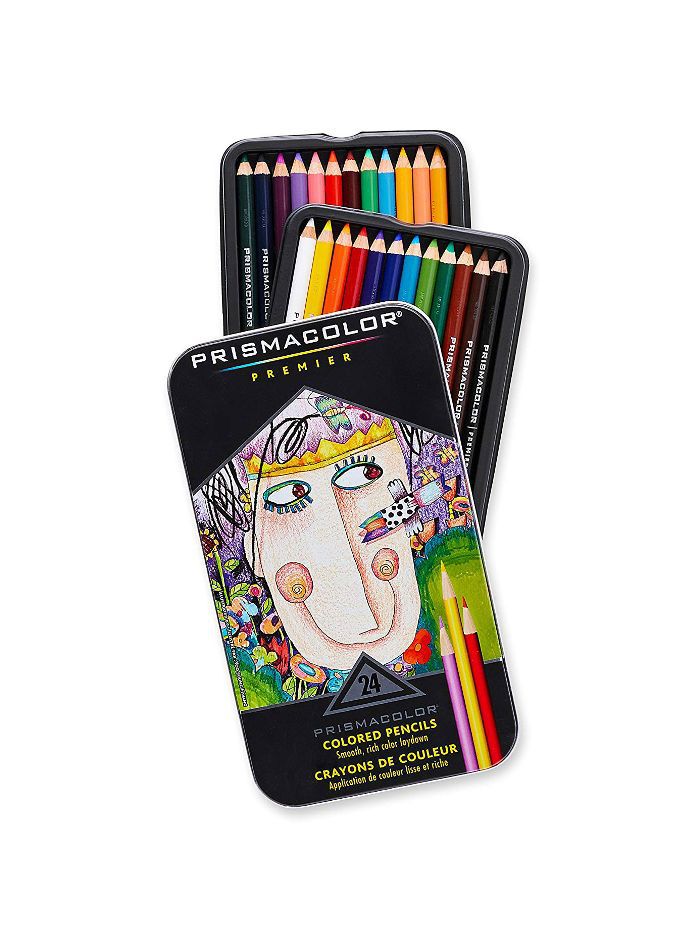 It's a lot easier said than done, but "give yourself permission to make mistakes," says Jacobs. She cites the following widely known quote from Henry Ford: "Failure is simply the opportunity to begin again, this time more intelligently."

Think about how we instinctively begin life without the fear of failure, Jacobs points out. If we held onto that idea has babies, "None of us would have ever walked, and then we'd all be crawling or scooting around because we were too afraid to get up and take some more steps. Really embrace that [approach] as part of the process of getting better; use every opportunity to learn and improve," she says.

The bottom line: Ignoring your inner critic will also empower you to create learning experiences out of mistakes, as Parachute founder Ariel Kaye discovered when she started her company. 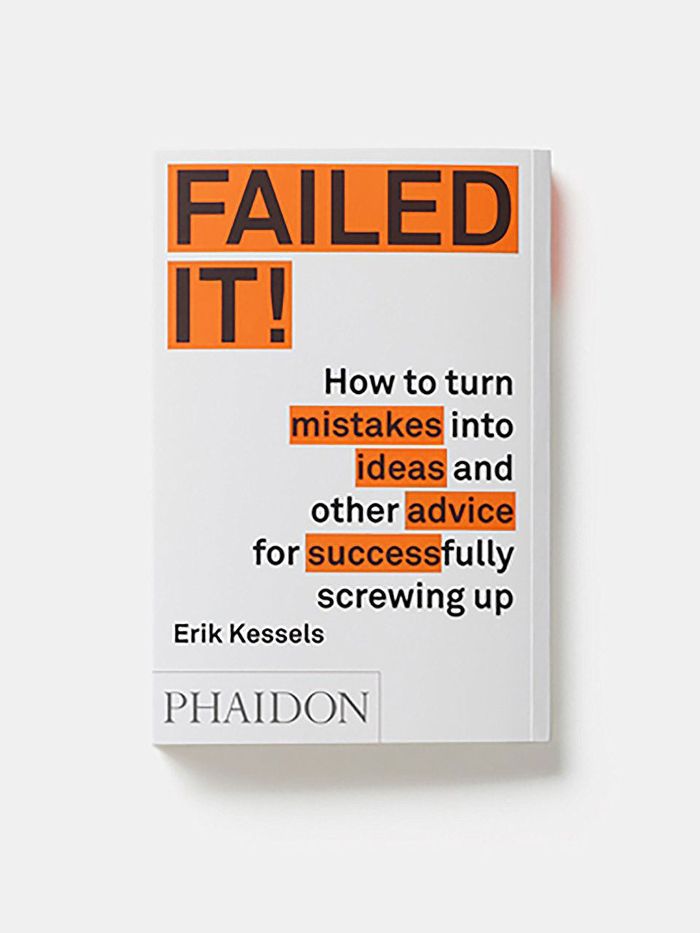 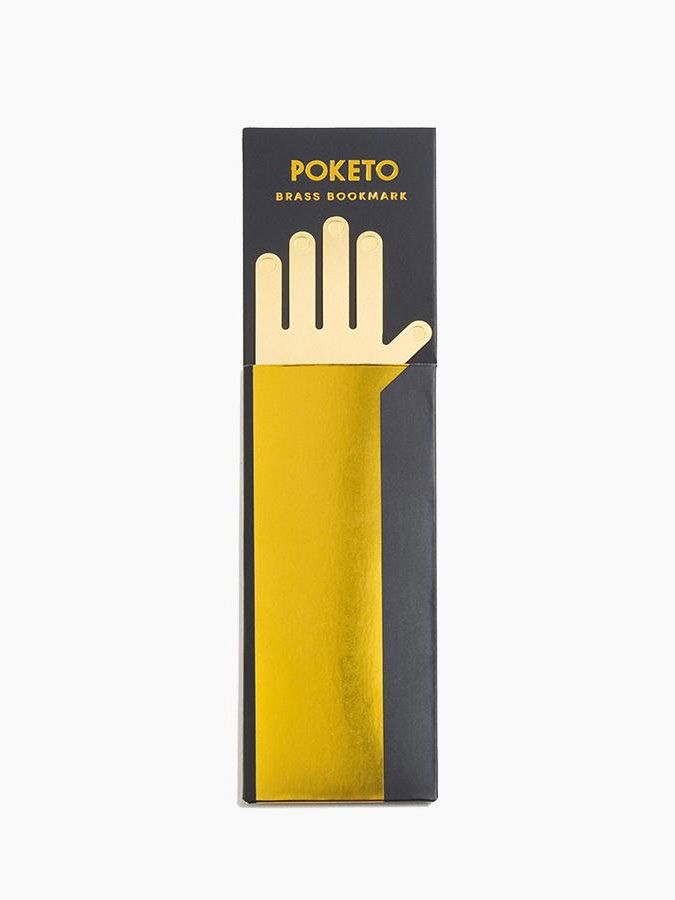 Ever wonder why inspiration tends to strike when we least expect it? There's a scientific explanation for that: "Creativity naturally occurs when our brain is relaxed," says Jacobs. Quite often, we generate some of our best ideas when we're taking a walk, in the shower, before going to sleep, or in our first waking moments, she explains. "That's because your brain actually switches out of the beta brain wave state and switches into alpha brain wave state, which is a slower [state]."

Translation: "Your [mind] is more relaxed and that means that all of the information that is on the left and the right sides of your brain can combine and come together in a new way. Really make an effort to relax yourself," Jacobs says.

She suggests trying sleep incubation, "where you put an idea in your head before you go to sleep and see what you come up with in the morning." Another technique involves falling into a near-napping state, "and as soon as you start catching yourself falling asleep, wake yourself up and capture those ideas."

The bottom line: The next time you walk your dog, take a bath, or even indulge in a relaxing massage, turn your routine into a free-range inspiration session. 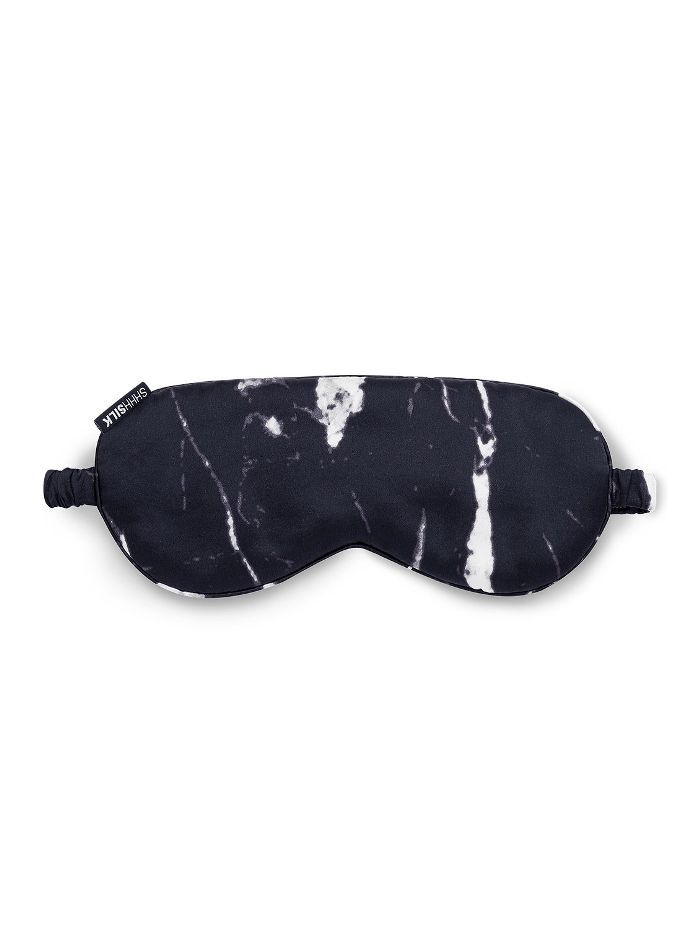 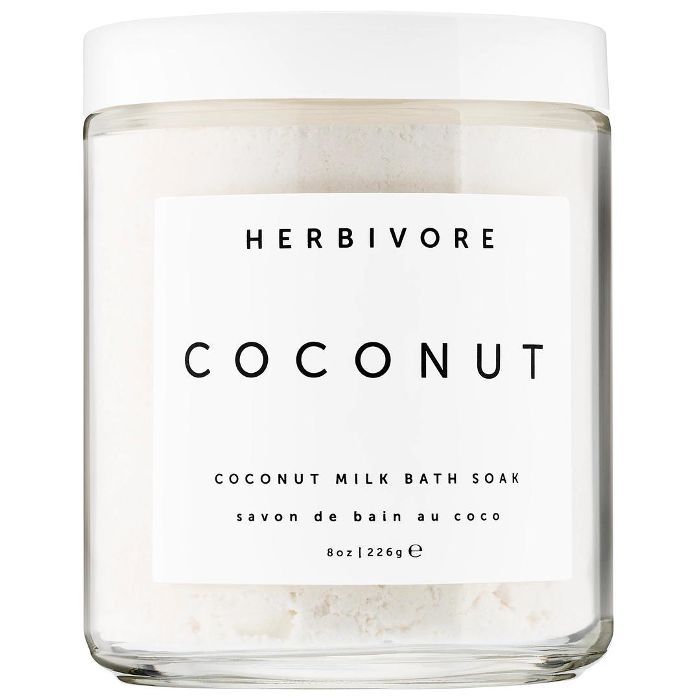 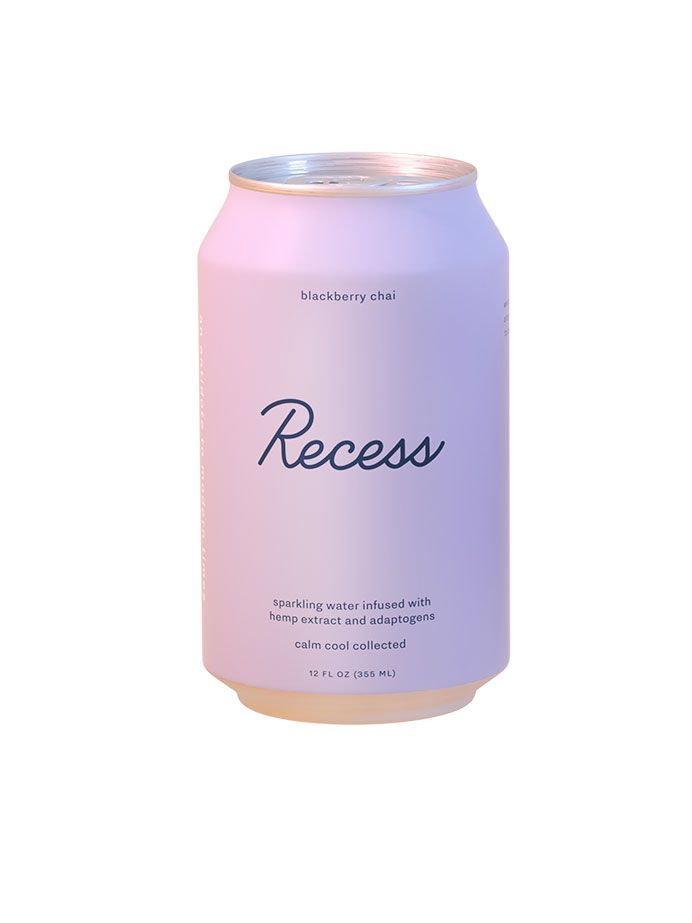 It's not uncommon to want to take ownership of our bright ideas, but according to Jacobs, collaborating with others can help us come up with even bigger and better ones. "Leverage other people's brilliance instead of keeping your ideas to yourself. Share them with other people in the spirit of how you can make them stronger and better together," she says. "[Many] times you end up talking to somebody and the next thing you know, this person helps you think through this idea and has probably even helped you make it better or stronger."

The bottom line: The next time you're stumped, ask a friend, family member, or colleague if you can bounce ideas off them. 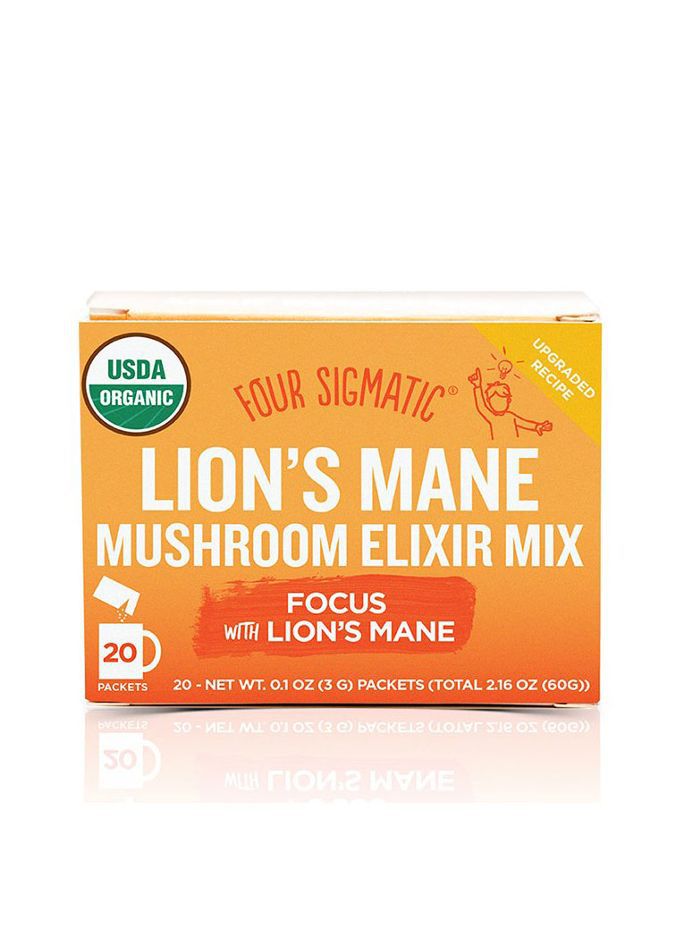 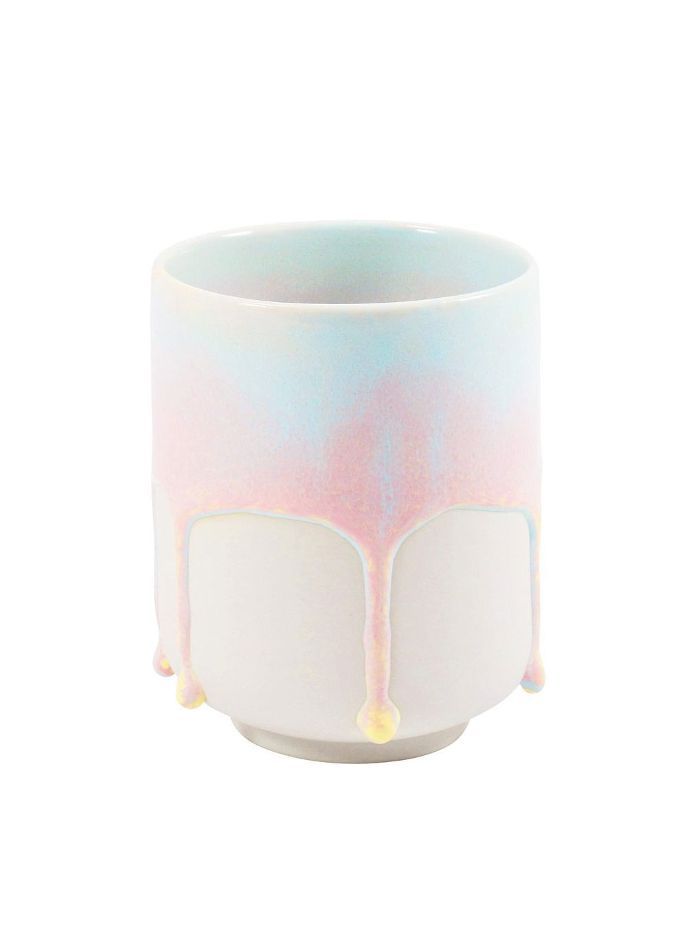