5 Simple Ways to Trick Yourself Into Being More Positive

I’ve weathered a lifelong battle against my innately analytical disposition. A natural-born overthinker and true Virgo, I instinctually question, dissect, and analyze the world around me, whether I’m out with friends on a Saturday night or commuting to work on a weekday morning. While these character traits have shaped who I am as a person and given life to many fruitful endeavors, I’ll be the first to admit that this temperament doesn’t exactly lend itself to the most positive, happy-go-lucky thinking.

That being said, it doesn’t resign me to a life of abject cynicism, either; above zodiac signs and temperament, I believe that our own mental strength reigns supreme. With a little shift in perspective and a lot of intention-setting, I believe it’s possible for even the world’s most down-and-out cynic to blossom into a cockeyed optimist. And given the countless benefits of positivity, from reducing stress to engendering a sense of self-confidence, I’d encourage optimists and pessimists alike to prioritize positivity in life. Having taken on this challenge myself, I’m offering some simple tips and tricks to instill a sense of positivity in your life.

The first of many mental shifts, step one requires you to change the way you think about positivity and negativity in general. As with introversion and extroversion, categorizing yourself as “type A” or “type B” can box you into a prescribed set of traits, limiting your understanding of what you’re capable of. Rather than telling yourself, I’m a negative person—it’s just who I am, say I have the power to choose how I want to approach life. It’s crucial to look at positivity as a choice, not a default designation. While this may be a hard pill to swallow, this is arguably the most important step in introducing positive thinking into your life. While we can’t control what life throws at us, we can control how we react to it.

Negative thinking can become so deeply ingrained in our day-to-day lives that we don’t even realize we’re doing it. “It’s like a needle in a groove,” says Guy Winch, psychology Ph.D., in his book, Emotional First Aid. “As the groove gets deeper and deeper, the needle has a harder time getting out of the groove.”

It’s worth bearing in mind that even tepid, seemingly benign comments like This would happen to me or I can’t believe I’m stuck in traffic again can color your approach to life. Replacing those comments with more positive sentiments starts with recognizing and stopping negativity in its tracks. Winch recommends using distraction as a way to divert attention away from negative thoughts.

“Try to picture all of the items on one shelf in the store, and the order that you see them in,” he explains. “It may seem temporary, but if you reinforce these patterns enough, it can improve your mood and your decision-making abilities. You can actually train your brain to go in a different direction when these thoughts come up.”

Fair warning: Truly changing your way of thinking can take years. But all you need is one not-so-ideal situation to get the ball rolling. Winch gives the example of getting stuck at the airport for hours because of a delayed or canceled flight.

“Don’t think of what you’re missing out on” due to the canceled flight, he explains. “Instead, see it as a chance to get work done, or to call your parents or an old friend.”

Reframing any given situation in this way will allow you to see the glass as half full instead of half empty. I’ve personally used happy or upbeat music as a successful reframing aid—by turning on The Strokes or Børns, I can now reimagine any negative or stressful situation as a positive one.

Research says it takes a full 21 days to form a new habit. In this case, the new habit isn’t going to the gym or reading a book before bed; it’s essentially rewiring your thought processes to include positive thoughts. This includes the thoughts you say out loud and the stream-of-consciousness thoughts that you keep to yourself. While this may seem like a daunting task, keep in mind that you don’t need to view the world through rose-colored lenses. Strive be more of what Joffrey Suprina calls a “realistic optimist,” or a person who simply chooses to focus on the positive.

Suprina, a positivity expert, told Huffington Post that “many people think that positive thinkers only look at the good side and ignore everything else. But if you go too much in that direction, there’s a potential for harm as well,” he explains. “Positive thinkers really are individuals who recognize both the bright side and the negative, but they choose to focus their energy and time on the side that’s going to promote the most positive outcome.”

Sharing positivity with others will help you to practice and ingrain these new thought patterns into your day-to-day life. This can even be as simple as repeating five things you’re grateful for each morning or making a concerted effort to compliment someone every day. Creating quantifiable goals around your overarching effort to be more positive will make the “practice” step that much easier—not to mention more rewarding. By striving to be encouraging, supportive, and sympathetic to those around you, you are in turn asking for that same kindness and consideration for yourself.

This post was originally published on September 16, 2016, and has been updated by Sacha Strebe. 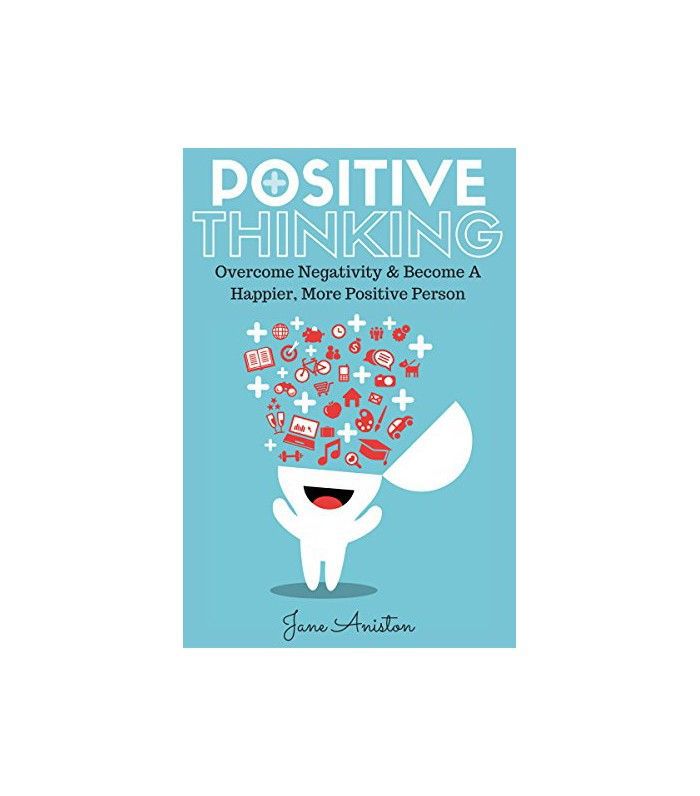 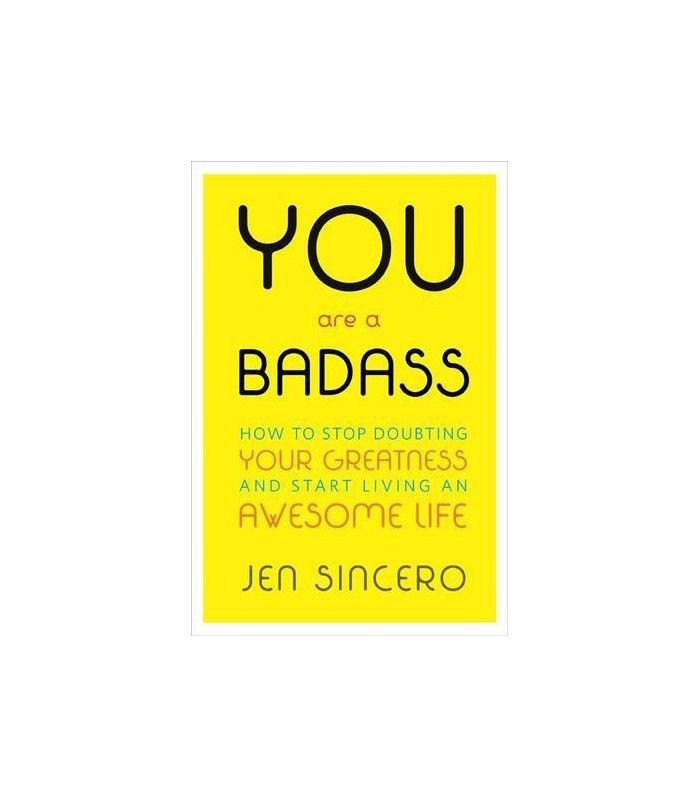 You Are a Badass by Jen Sincero $10
Shop 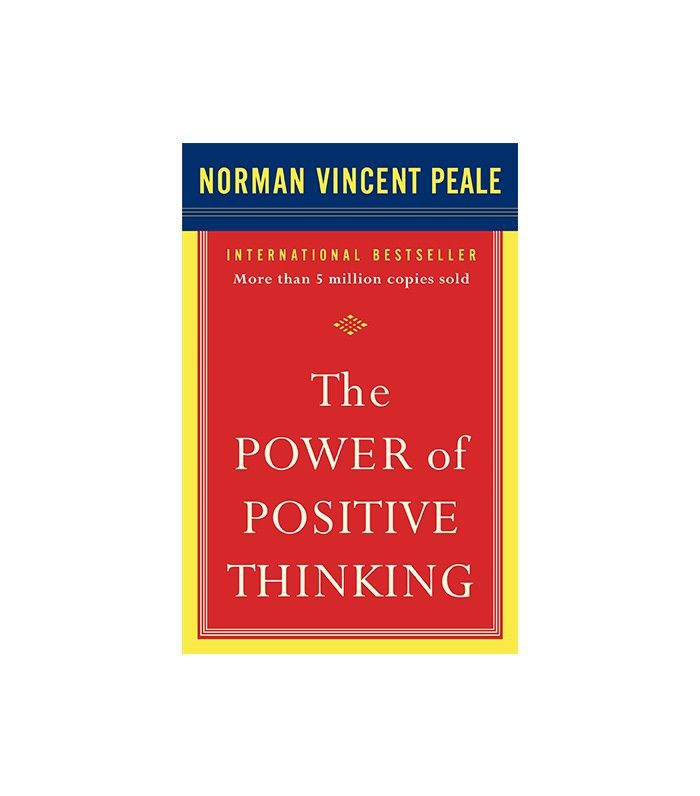 The Power of Positive Thinking by Norman Vincent Peale $9
Shop 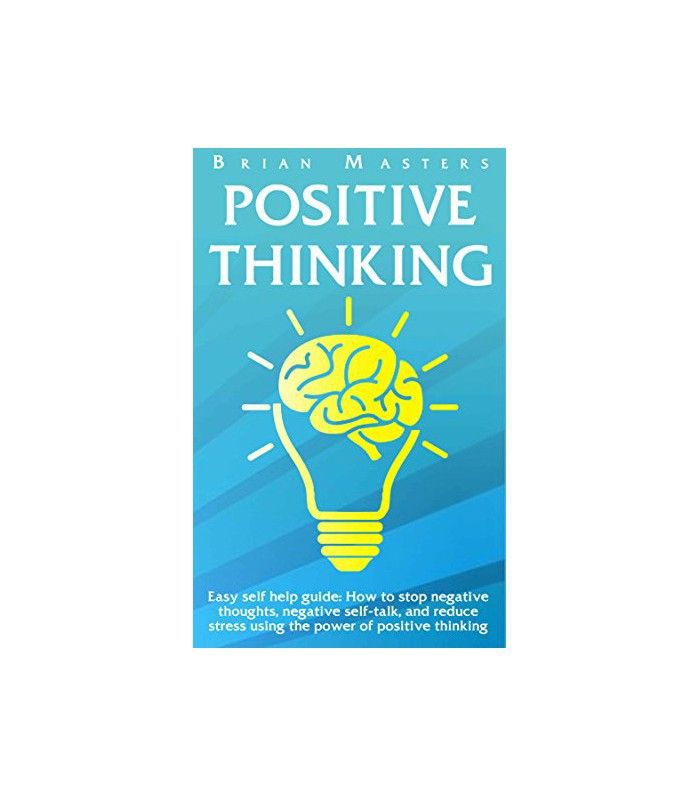