How to Career-Pivot Without Starting Again From Scratch

Now more than ever, it’s pretty common to hear about people who have successfully steered their careers in a totally different direction and come out the other end happier than before. In what’s no longer a rare, reckless move, millennials are a generation of “multipotentialites,” a term coined in a viral TED Talk that suggests you don’t have one true calling—you have many.

If you’ve been contemplating a career pivot but aren’t sure whether to take the plunge, it’s important to be prepared. Mastering the move has everything to do with knowing what to expect in the weeks or months ahead. Luckily, with a little advice and inside information from those who have been through the process, it can seem a much less daunting. Here’s how to pivot successfully—with as little drama as possible.

Take Stock of Your Transferable Skills

You may know exactly what kind of change you want to make in your career, or you might be totally at a loss for what comes next. Either way, you’ve got to know where you are to figure out where you’re going. “My pivot from private investigator to social media manager at LinkedIn happened by chance, at least in part,” says Alyson Brewer-Hay, community manager at LinkedIn and a career transition expert through both her own personal experience and her time at LinkedIn. “With close to 15 years of experience in the field, I received word that our investigative division would be closing its doors. I took it as an opportunity for change and decided that it was time to embark on a new adventure.”

But before she snagged her gig at LinkedIn, Brewer-Hay had to make sense of which competencies would be most useful to her moving forward. “My career as a private investigator provided me with several transferable skills, such as the ability to relate to, interact with, and understand others in a professional capacity. I honed in on those qualities and soon landed at LinkedIn as a contractor working on various projects within the corporate communications group.” From there, she was able to transition into a full-time role.

So no matter what industry you got your start in and whether you want to stay in the same one or move on to something totally different, it’s worth your time to make a list of your core strengths, plus how you might be able to use them in a new position.

Now is not the time to be shy. “Whether you’re looking to switch departments or make the leap to an entirely new industry, evaluate what support systems are available to you, and don’t be afraid to tap into them,” recommends Brewer-Hay. “If your goal is to carve out a new path at your current company, identify someone who could be a mentor to help talk through opportunities within your organization and help get you to the next step.” And if you’re looking to move outside your own company, don’t hesitate to contact your former bosses, college career office, or even social contacts to find out how to move forward.

Be Open to All Opportunities

Even if you have a pretty good idea of what’s next for you, Brewer-Hay says “you never know where your career might lead, so keep an open mind.” Of course, you don’t have to accept every opportunity that comes your way, but going into the pivoting process without pre-judgments will work to your advantage. “My career path has forced me outside of my comfort zone on several occasions, but doing so has also taught me a lot about myself. After my division closed, I never would have guessed that I would be working at LinkedIn as a community manager, but here I am,” she adds. The moral of the story? Sometimes the best career pivots are actually found in the least expected places.

One of the best actions you can take to land a new gig is to network as much as possible. Regardless of whether you want to stay in your current industry or switch things up completely, you’ll be able to pursue new job leads and learn more about potential job functions through connecting with other professionals. “Do your research, and find people who are in roles that you find interesting or industries that you’d like to break into,” recommends Brewer-Hay. “Reach out and connect to learn more about how they were successful landing a spot at that hot company or scoring a position that sounds like your dream come true.” Plus, she points out that each connection you make could be the key to landing your next job.

No matter how eager you are to leave your current role or company, one thing you should always keep in mind is to preserve the professional relationships you already have. After all, you never know when you might need a reference or advice down the road. “It’s cliché, but I think it’s so important to never burn bridges,” Brewer-Hay advises. “No matter the situation surrounding your departure, it’s important to always be professional. It’s a small world—you never know when or in what circumstances you may cross paths with a former boss or colleague in the future.”

Get Ready to Learn

Landing a job in a new field is a learning process in itself, and once you’ve actually gotten a new position, you’ll be hit with even more catching up to do. “With any new job, there is a learning curve as well as an opportunity to educate yourself and learn from others,” says Brewer-Hay. “By embracing new experiences, you’ll often find that it can be fun to switch gears and have a chance to flex new muscles. When you find something that you really enjoy doing, knowing that you’ll have to tackle a few new challenges becomes not only fun but also drives you to push yourself to learn even more.” 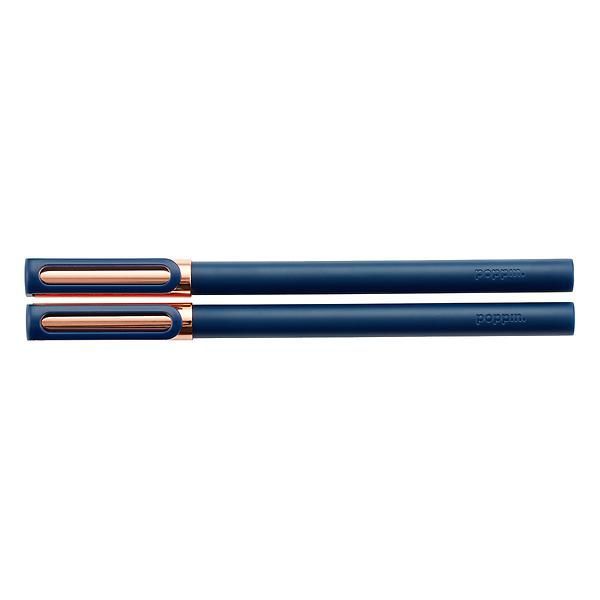 Have you done a career pivot?