Overcooked the Turkey? Here’s How to Fix it (Plus 4 Other Common Mistakes)

My Defrosted Turkey is Still Frozen. What Do I Do? Guests Are Arriving, and I Need More Time. Help?! I Don't Own a Meat Thermometer. My Alternative?
I Overcooked the Turkey! What Now? Can I Eat the Giblet Bag in the Turkey?

A few firsts signal you’re officially a grown-up: the first time you get the keys to your own apartment, your first adult décor purchase, and the first time you’re entrusted to cook the most important dish on Thanksgiving—the turkey. If you’re a novice, it can feel like a huge responsibility, one that requires every ounce of skill and attention to perfect.

Few know this better than Charla Draper, a food economist who has worked as an adviser on Butterball’s Thanksgiving Turkey Talk-Line for 10 years. “I’ve heard from everyone from nervous first-timers to experienced home cooks,” she tells MyDomaine. Draper says that while the pressure is high, there are some key must-know rules that will take the stress out of Thanksgiving. “It’s all about the three T’s,” she says: “thaw, temperature, and the two-hour rule.”

Here, she shares the expertise she’s gained from 10 years of fielding frantic calling from home cooks across America and shares her number one piece of advice for avoiding a Thanksgiving cooking disaster. Listen up: These are the insider secrets a Butterball veteran wants you to know before you start cooking the turkey.

Q: I thawed my turkey overnight, but it's still frozen. What do I do?

Underestimating the time it takes to thaw a turkey is the number one mistake people make, says Draper: “It’s always longer than you think.” If you’re tempted to put it in the microwave to speed up the process, don’t. “We never recommend doing it in the microwave. It heats the meat unevenly and is a potential food-safety issue,” she says.

The best way to defrost your turkey is with her simple sink method. “Place the turkey, still in the wrapper, in a sink of cold water. Then allow 30 minutes for every pound of turkey weight,” she explains. “Let’s say you have a 10- to 18-pound turkey. You want to plan on five to nine hours of cold water.”

To fast-track the process, change the water frequently so that it’s not ice-cold. “The more often you change the water, the more quickly it’ll thaw. I recommend trying to change it every 30 minutes,” she says. If you’re not at home for nine hours straight to keep changing the water, Draper says it’s fine to defrost it in the sink after work and return it to the refrigerator during the day, repeating the process at night.

Her one key warning: Never remove the turkey from the wrapper during the thawing process. You could make your entire family ill. “The plastic protects the surface of the turkey and keeps it sanitary, prevents it from getting too warm, and also captures juices. As the turkey thaws, it releases juices, and you don’t want to it cross-contaminate,” she explains.

Q: I'm running out of time before guests arrive! Can I speed up the cooking process?

You’ve been busy thawing the turkey and prepping appetizers and side dishes. Now, guests are due to arrive in a matter of hours, cutting your cooking time fine. What do you do? According to Draper, there are two veteran tips she tells stressed cooks. “If you don’t have a lot of time to cook it, don’t add stuffing,” she recommends. “It’ll cook much faster without additional ingredients.”

She also recommends using an oven cooking bag to speed up the process. “It creates a closed cooking environment, so it’s faster than if you were to traditionally roast it,” she says.

Q: I don't own a meat thermometer. How do I know when it's cooked?

This is a common hotline question, especially among first-timers. “If you don’t have a meat thermometer, take a fork and pierce the turkey thigh,” she says, as the thigh is one of the last parts of the meat to cook through. “The juices that come out should run clear, not pink or rosy,” she says. Return the turkey to the oven if the juice has a pink tinge.

If you’re still in Thanksgiving preparation phase, she stresses that a meat thermometer is the most important tool in the kitchen—having one is her number one piece of advice for first-time cooks, as it will nearly guarantee success. “If you use a meat thermometer, you can be confident it will come to the correct end temperature,” she says. For the best possible taste and texture, aim for 170°F for the breast, 180°F to 185°F for the thigh, and 165°F for the stuffing.

Q: I overcooked the turkey! What now?

You were nervous the turkey was undercooked and left it in the oven for too long. Now what? All is not lost, says Draper. “Overcooked means it won’t be as moist and juicy as you’d anticipated.” The fix: Focus your efforts on the gravy. “Hopefully you have some good drippings and can make delicious gravy,” she says—this will give the dry meat some much-needed flavor and moisture. Be generous with servings, and keep a gravy boat on hand for guests to top it up throughout the meal.

Q: I left the giblet bag in the turkey. Can I still eat it, or is it spoiled?

Giblets—the turkey gizzard, heart, and liver—are usually removed before the turkey is cooked. Thankfully, if you forgot to remove the bag before cooking, it’s still possible to eat the turkey. “Yes, ours is nontoxic, so if you cook it with the bag inside, simply remove it afterward and set aside,” says Draper. While the giblets are usually used in gravy or stuffing, she says the cooked variety should be discarded. “You won’t be happy with the flavor after they’ve been cooked. It’ll taste a bit off, so we don’t recommend keeping them if cooked inside the turkey,” she says. 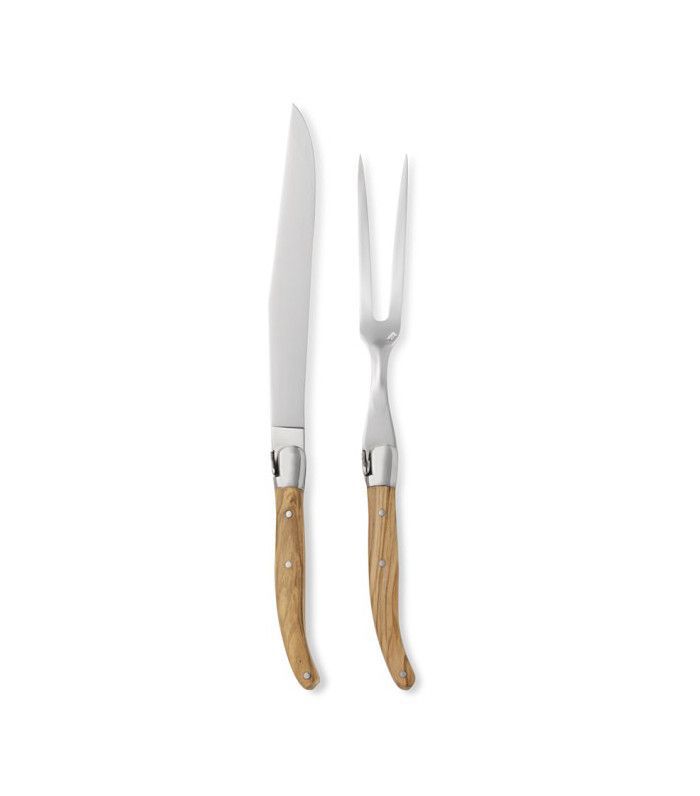 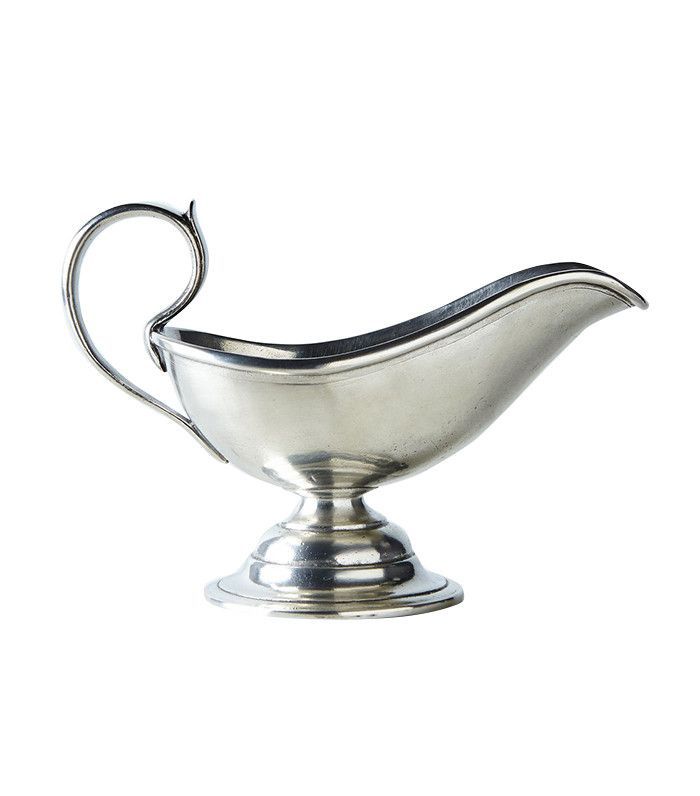 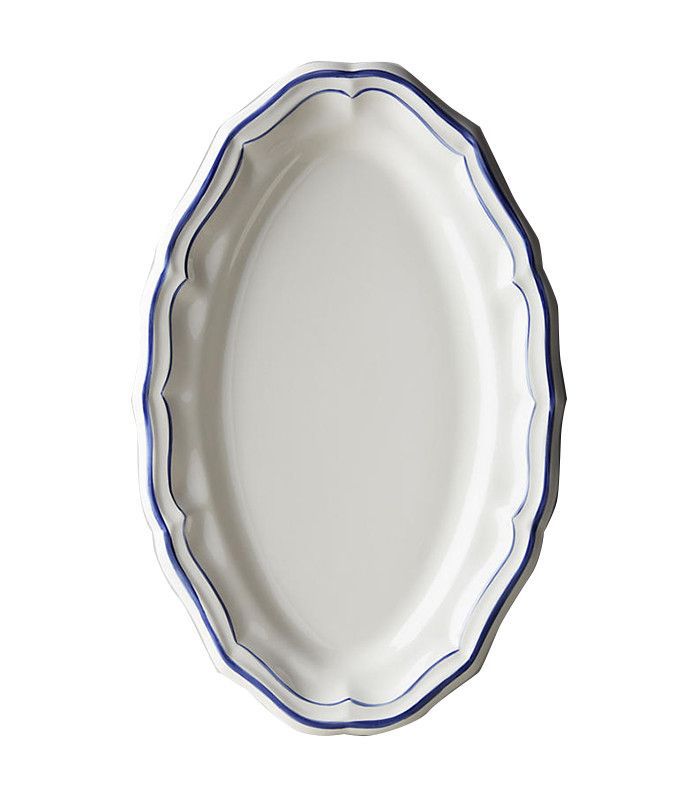