12 Proven Ways to Fake Your Confidence 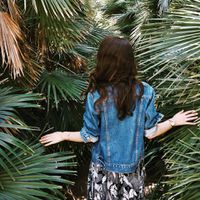 Dana Covit
Dana Covit is a contributing writer for MyDomaine with over 8 years of experience as a freelance writer and editor for design and lifestyle publications.
MyDomaine's Editorial Guidelines
Dana Covit

Confidence… It’s a tricky thing. Confidence is often defined as the belief in our ability to do something, not our actual ability. As anyone who has set out to achieve something knows, believing is more than half the battle. Belief can translate to achievement, and that’s some magic right there. Thankfully, there’s plenty of research pointing to the fact that confidence is easier to attain than you might think, and that anyone, even the most timid among us, can begin transforming his or her confidence at any time.

We've narrowed down our most tried-and-true hacks for boosting your brain into prime self-esteem mode. There's something to be said for faking it until you make it, and science is here to help. Daily rituals will boost confidencein all areas of life. With a few minor tweaks, you'll be feeling like a boss in no time. Even Beyoncé has Sasha Fierce. Ready to strut your inner alter ego? Read on.

Did you know that standing tall impacts not only other people’s perceptions of us, but our own perceptions of ourselves? We’ve long been amazed by the work of researcher Amy Cuddy, who found that “power posing”—standing in a posture of confidence, even if we’re feeling less than confident—can affect our brain chemistry and improve our chances for success. Next time you’re feeling defeated, muster up the energy to reset your posture and stand tall like an Olympian!

What you think about before entering a stressful or demanding situation impacts how you act, even though it may be subconscious. A study by professors Gavin Kilduff and Adam Galinsky found that being primed with a “promotion-focused” exercise (in the study’s case, writing about the aspirations and ambitions they had for themselves and the project) translated to these individuals behaving more assertively and with more confidence.

Much like how indulging in your morning routine impacts your confidence, so, too, do the clothes we put on. Put on your best blazer. Wear your favorite pair of shoes. Channel a powerful person in your field, or anyone who you look to as a model of confidence and success. A study published in The Journal of Experimental Social Psychology found that subjects who wore white coats they thought belonged to doctors performed better on tests than those who wore regular clothes. They found that the symbolic meaning of the clothes and the experience of wearing them impacted the psychology and confidence of the wearers. Dress for the success and/or the experience you wish to have, and you’ll feel like a million bucks.

The way you enter a group and first interact with those around you shapes your enduring status among these people. The same study from professors Kilduff and Galinsky, published The Journal of Personality and Social Psychology, found that these original interaction states—so, confident or submissive, for example—are maintained long-term, and often predict success or failure over a long period of time, well after the attitude you may have been projecting on day one has dissipated. The takeaway? Position yourself the way you wish to be seen, the way you wish to be treated, and it may cause concrete results!

Psychological scientists Tara Kraft and Sarah Pressman of the University of Kansas set out to explore the truth behind the adage “grin and bear it.” Much like standing tall and power posing can actually make us feel and behave more confidently, smiling—and really committing to your smile—can actually influence our physical state, lowering heart rate and making us feel more self-assured.

This seems obvious, but studies back it up: Research published in the Journal of Consumer Psychology found that the secret to achieving any goal requires confidence, and confidence is bolstered by recalling times you succeeded in a similar endeavor, or simply felt genuinely powerful and respected. The catch, researchers found, is to not recall too many of these instances, or else you might become complacent. So, focus on a time you felt truly powerful, respected, and/or charming, and that feeling will likely be replicated.

If you’ve ever attending a sporting event, you know that music plays a big role. Think of professional baseball’s walk-up music—each player selects the song that will play as he approaches home plate. According to research led by Professor Dennis Y. Hsu of Northwestern University and published in Social Psychological and Personality Science, the reasoning here is rooted in science: Music, especially bass-heavy music, makes us feel powerful—and also behave powerfully!

More magic of the mind-body link! Turns out a simple stretching session can lead to greater confidence. That’s because stretching increases blood flow and circulation and sends oxygen to your brain. Also, when we’re stressed, we tend to curl or tense up. Other people may perceive these body cues as weakness, uncertainty, or timidity. Shake it out, loosen up, and reassert yourself.

If you want to feel confident throughout your entire life, never stop learning. Research by the Department for Business Innovation and Skills has found that learning boosts self-confidence and raises an individual’s aspirations. Interestingly, learning to play an instrument has been particularly linked to increased confidence. So, if you’re feeling dejected or unsure, engage in a little learning.

Have you ever noticed that when you take your time getting ready in the morning—to shower, iron your shirt, fix your hair—you simply feel more confident? Knowing you are put together down to the last detail and indulging in the creation of this “better version” of yourself can directly impact how we feel, and how others perceive us.

Foul mouths, you’re in luck. According to Psychology Today, swearing gives us a greater sense of power and agency. Feeling empowered boosts our self-esteem and confidence. If you’re met with a frustrating situation that makes you feel powerless, try it out (though, perhaps in the comfort of your car, or somewhere no one will hear you).

Visualization is not some New Age-y tactic. A study published in Neuropsychologia suggests that it is a highly effective tool that can activate the same neural activity in your brain as actually doing that thing in real life. So, imagine yourself being a boss and your confidence will likely follow suit! 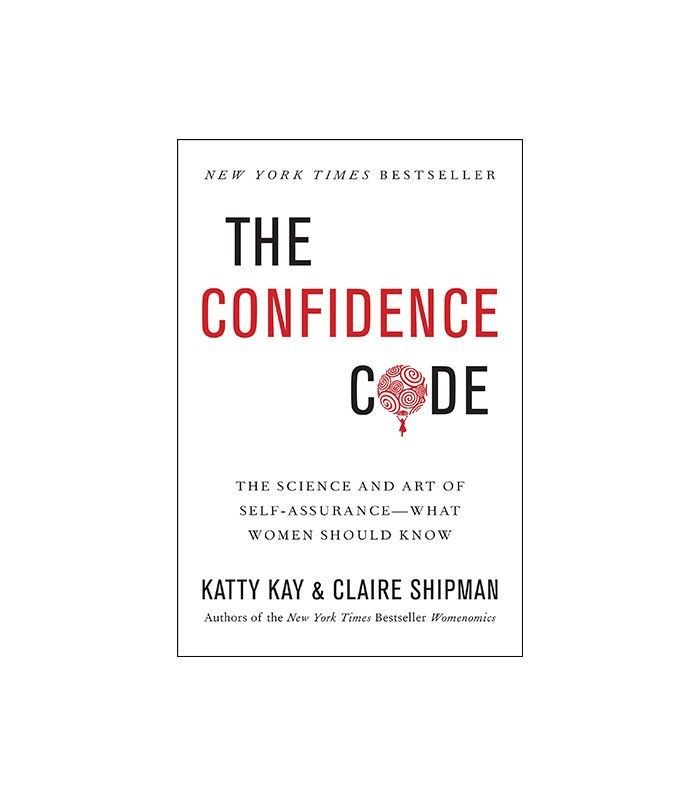 The Confidence Code by Katty Kay and Clair Shipman $19
Shop 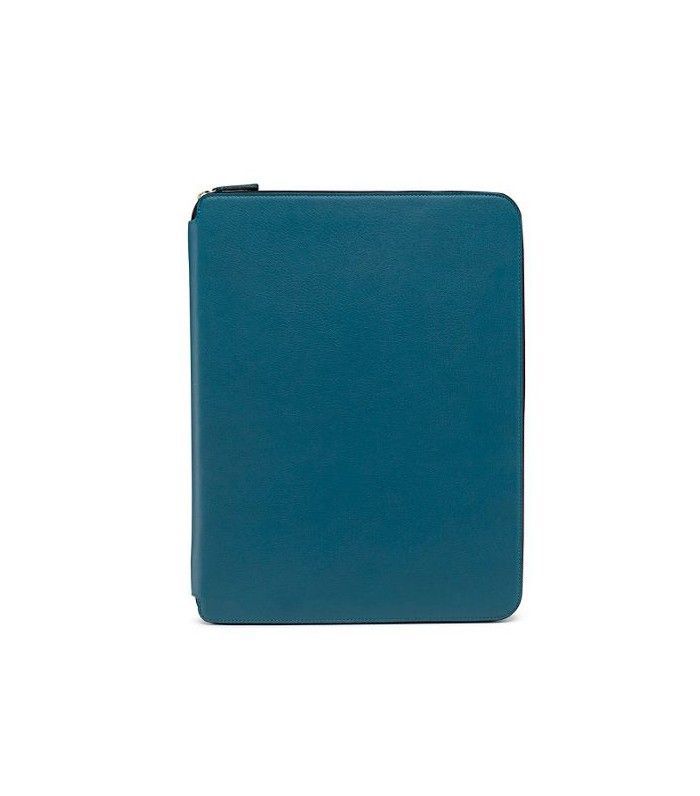 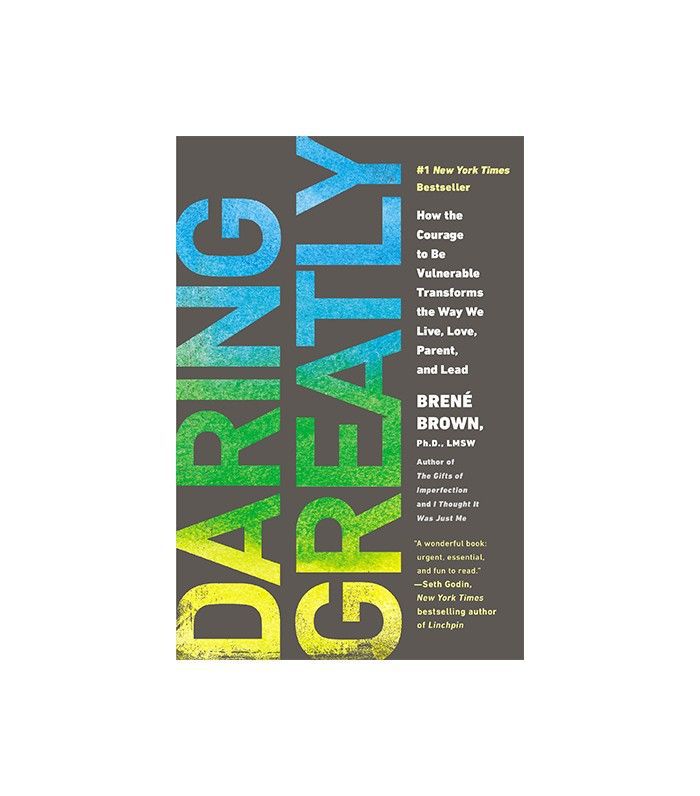 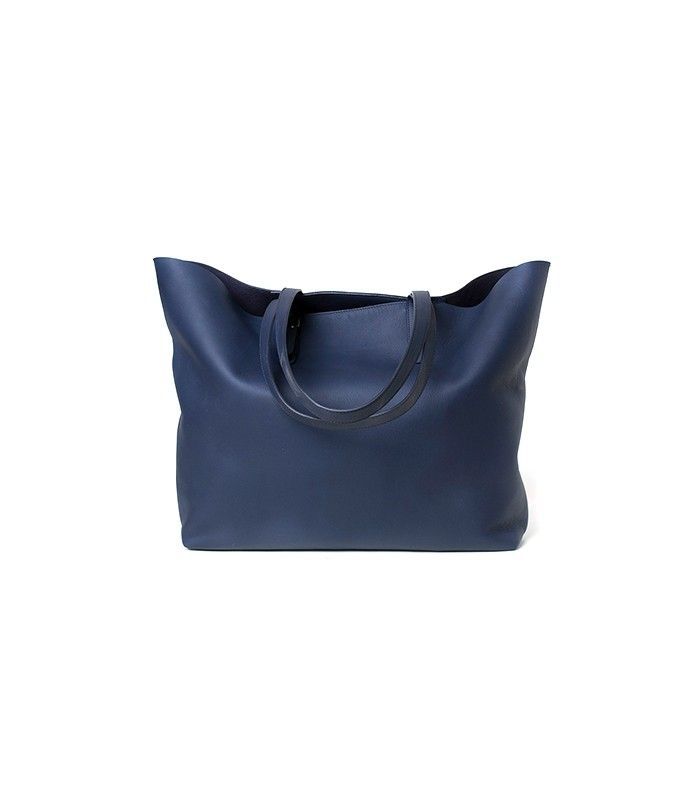 Do you use any of these tricks to feel confident? Tell us in the comments or share your best tips!