How to Properly Put On a Duvet Cover Like a Pro 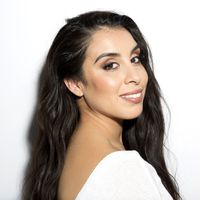 What's the Difference: Comforter or Duvet What Kind of Insert to Choose
Why Go With a Duvet How to Put on a Duvet Cover

We're just going to come out and say it: Comforters are out. Well, they'll always be around, but honestly, duvets are where it's at. Missy Tannen, founder and chief designer of Boll & Branch—an ethical, fair-trade bedding company—walks us through the pros and cons of having a duvet and tells us how to get that damn duvet cover on.

Missy Tannen is the founder of Boll & Branch, a luxury and ethically-made bedding company she began with her husband Scott in 2013.

What's the Difference Between a Comforter and a Duvet?

"A comforter typically comes in a 'bed-in-a-bag' offering, where the top and bottom fabric are quilted together with a synthetic batting in the middle," Tannen explains. "While it is a more economical option, the layers can't be separated, which means it typically doesn't have the full look and luxe fabrics of a duvet."

And while a duvet might seem like the more expensive option compared to a comforter, Tannen says your duvet insert can last for several years. Comforters are replaced when you outgrow the style, experience irreparable tears, or the fabric gets dingy. This can mean you buy a new comforter annually. In the case of a duvet, you can just replace the cover and use the insert for years to come.

"You'll know when you should replace the duvet insert when you aren't getting the height and fullness that you once did," Tannen says.

What Kind of Insert Should You Choose?

As you might've gathered by now, a duvet is made up of two parts: the duvet cover and the duvet insert. Tannen tells us, "The insert comes in different fill weights to make it warmer or cooler and allows for flexibility in the year."

Why Choose a Duvet?

For one, they're easier to wash than traditional comforters. Because the insert and the cover are separate, you can throw the cover in a standard washer the way you do any other sheets—think of it as a giant pillow and pillowcase. "Everyone's wash preferences are different," says Tannen, "but we suggest washing your sheets every week. For your duvet cover, we recommend washing it every other time you wash your sheets."

Plus, it's so easy to swap duvet covers regularly. They come in endless varieties of colors and patterns, and because they fold smaller and are less bulky than comforters, you can change them seasonally or any time you get bored. The only problem now is figuring out how to get the cover on the insert.

"There are a few different techniques out there to get a duvet insert into a cover, but after styling hundreds of beds and photoshoots, we [resorted] back to a simple method that gets the job done [while] creating the least amount of wrinkles on the fabric," Tannen explains.

Ahead, find her steps for putting on a duvet cover, sans frustration.

How to Put on a Duvet Cover

Step 1: Lay the duvet cover flat on your bed.

Step 2: Firmly grab the duvet insert by the top corners, and reach into the duvet cover to align the corners together.

Step 3: Use the built-in corner ties on the cover to secure the top of the insert in place.

Step 4: Grab a fistful of the top edges of the filled duvet, and shake the insert into place.

Step 5: Use the built-in corner ties on the cover to secure the bottom of the insert in place. Shake from the bottom to align the insert.

Step 6: Fasten the duvet cover shut using the buttons aligned at the bottom.

Okay, that wasn't so bad, but honestly, keeping it on is half the battle. If you don't secure the corners, you'll find the insert shifting around inside the cover, which looks messy and feels uncomfortable. If your duvet cover and insert don't come with built-in ties, you can get your hands on other affordable snaps to close it.