In Case You Didn't Know: This Is How to Properly Stuff Mushrooms

Some cooking techniques are rather intimidating at times and can scare us away from making dishes that are actually quite simple (for example, you need to use a food processor to make hummus, but once you throw in some ingredients and blend, you’re good to go). The same could be said for the art of how to stuff mushrooms, which can seem overly complicated at first glance.

I actually learned how to stuff mushrooms in my teens because I grew up in an Italian family that regularly made sausage-and-breadcrumb-stuffed mushrooms for special holidays. (If you’ve ever tasted something similar, you'll know they are heavenly. Ours even had parsley and Parmesan.) They were always a treat to enjoy but definitely took a long time to prepare.

So rather than missing out on them one year, I offered to make them myself. You may be thinking that I was one ambitious teen, but the thing is, other than being a little time-consuming, they’re really easy to make and are the perfect appetizer for when you’re entertaining. (Bonus: They also travel well.) Here are step-by-step directions for exactly how to stuff mushrooms, plus one tasty recipe to get you feeling inspired.

White button mushrooms are generally easy to work with but see what your recipe calls for. No matter which type of the veggie you’re using, the trick is to find those that are a little larger in size (if they’re too small, it will have too small of a stem hole to stuff). Simply try not to get a carton with too many stems that are smaller than a nickel. When in doubt, buy some extra.

Some people say you can just wipe mushrooms down with a towel (and if that’s your methodology, just go with it). Rinsing the veggies in a colander with a little cold water seems to do the trick, too.

Use a clean cloth or paper towel to wipe the mushrooms down after rinsing to remove leftover dirt and water.

Now you’re ready to take the stems off. If you simply wiggle the stem a bit, you can pop it off with your fingers. Your second option is to cut them off. If you’re going to use a knife, simply slice in a circle around the base of the stem and use your fingers to remove it. Your goal is to remove the stem as cleanly as possible since this area is what you’ll be “stuffing.” Basically, you still want the underside of the mushroom to be intact.

Chop Your Stems and Add to Stuffing

Most people don’t realize that the stems actually go into the recipe—they add tons of flavor to your stuffing of choice. Plus, we’re all about not wasting food, so it serves double duty. When it comes to the size of the stem pieces, you want them thin and fairly small. There are all different types of stuffing, so make whatever suits you.

Add a dab of olive oil with your index finger to the inside of the mushroom cap. Take a spoonful of your already-made stuffing and slide it into the cap opening with your finger (stuffings tend to range from creamy to cheesy to even meat-filled, so take your pick). The actual stuffing step takes the longest, but you'll be fine if you go slowly, mushroom by mushroom. When you’re finished, bake them until bubbly, and then dish them up.

Try one of our favorite stuffed mushroom recipes below.

These chorizo mushrooms are a great first recipe if you're learning how to stuff mushrooms. Brown sugar, onions, and the sausage are browned in a pan, then garlic, jalapeño, chipotle chilies, chopped artichokes, and spinach are added. The addition of cream cheese and tons of fontina (in the stuffing and on top) make it feel like a quasi spinach-artichoke dip. Delish.

Dish up your stuffed mushrooms on a pretty platter like the one below. 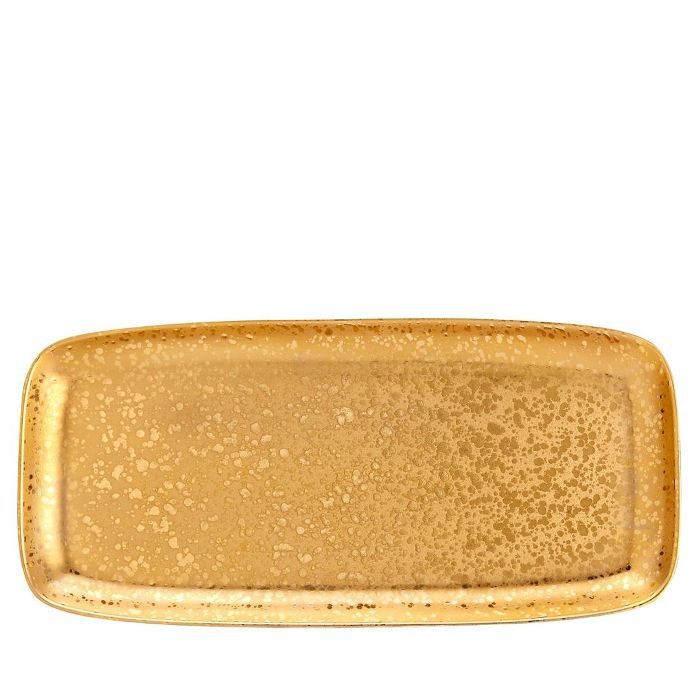