How to Master the Biggest New Trend in Bridal Showers 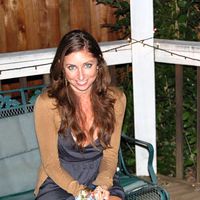 These days when it comes to wedding planning, anything goes. The modern bride knows that the key to a memorable reception is personalization, and gone are the hard-and-fast cookie-cutter rules of the past. More and more brides are walking down the aisle with both parents, outfitting their bridesmaids in different dresses, and serving pies, cookies, or ice cream sandwiches for dessert instead of cake. But the recipe for a wedding isn’t the only thing that’s being rewritten: The traditional concept of a bridal shower is getting shaken up as well.

The latest trend that has taken the wedding world by storm? The couple’s shower. Customarily a bridal shower is a female-only event in which the bride is showered with gifts. But many brides find the idea of opening gifts—that they have registered for—in front of their loved ones to be a bit dated. Enter the couple’s shower, an event that celebrates both of those betrothed, together. Interested in learning how to plan one? Read on.

Before you can start planning, you need the 411 on couple’s showers. Since it’s a newer trend, anything goes! The event can be a dinner, brunch, or cocktail party. Guests can bring gifts, but whether or not they are opened at the shower is up to the couple. Like a regular shower, it should be held one to three months before the wedding. A good friend, family member, or member of the bridal party can throw the couple’s shower. It can be held in an aunt’s beautiful backyard or at the couple’s favorite neighborhood restaurant.

3. Do Pay Attention to the Little Details

As much care and thought should go into a couple’s shower as a normal shower. Send pretty paper invitations by real mail at least six weeks before the shower. Make decorations, print menus, arrange flowers, and use the good china. Don’t forget lots of candles and cloth napkins!

4. Keep It Different From the Wedding

If the shower is going to involve a meal where everyone sits down, try to make it as different from the wedding as possible. For example, if the couple is planning on serving leg of lamb on their big day, don’t serve it at the shower. The shower should never overshadow the wedding; it should be a complementary event. Same goes for the rehearsal dinner. If the groom’s family is hosting a big Mexican fiesta, don’t throw a Mexican-themed shower—offer Italian or classic Californian cuisine instead.

5. Honor the Bride and Groom

Like a traditional shower, the point of the party is to honor the bride and groom, so do just that! Serve their favorite dessert, name the specialty cocktail after their dog, and use the bride’s preferred flower in the arrangements. The little details make a party more memorable and will make it a special night or day that the couple will look back on fondly years from now.

The host or hostess should absolutely stand up and give a toast at some point during the shower. In fact, a couple’s shower is a great time for toasts from people who would not normally speak at the rehearsal dinner or wedding, so if the groom’s favorite uncle wants to say something, the shower is the perfect time to do it. If the couple is fun-loving, consider roasting them by asking everyone to share a hysterical story or anecdote about each of them.

Showers typically involve some sort of game, and it’s amusing to play one or two at the shower. During the start of the party, ask everyone to write down a question about one of them or the two as a couple. Example questions: How many kids does Sonia want? What is Jeff’s favorite breakfast food? What classic French dish will you never make as a couple again? When everyone is a few cocktails deep, sit the bride and groom down in separate chairs a good distance from each other. Give them small whiteboards and dry-erase markers and pull the questions from a glass bowl. Both of them have to write the answers and then show them to the crowd to see if they wrote the same thing.

Another game idea? Old-school charades. Play boys against girls and have the bride and groom be team captains.

Fall Further in Love at the 15 Best U.S. Vacation Spots for Couples