10 Powerful Life Lessons From Fearless Women Who Changed the World

Pioneering women are often underrepresented in lecture slides and syllabi, there were indeed many leading ladies who were more than just present throughout history. They were changing it. To spread the knowledge about some of the most inspiring go-getters and change-makers in history, we decided to profile 10 of the important women in history we admire most. Whether you're taking a study break from your schoolwork right now, or you're thrilled that your days as a student are far behind you, you can probably think back to a time when you wondered where all the women were in those textbooks.

Capping our list of visionaries at 10 was the hardest part of this endeavor since there are hundreds upon hundreds of influential women to learn about—a few whom we have heard about in school, some through big-budget biopics, and others who remain anonymous. While we wish we could profile all of them here, we hope you feel as inspired by the important women in history highlighted below as we do.

Each gave the notion of fighting like a girl a whole new meaning and set new standards so we can continue to raise them. Scroll through to see how these 10 brilliant minds became the first women to accomplish major strides, from financial autonomy to legal recognition.

Born into a slave family as Isabella Baumfree, this courageous activist later changed her name to Sojourner Truth after escaping to freedom with her daughter. Among her many revolutionary accomplishments, Truth sued her former white slave master for selling her five-year-old son and won, making her the first black woman to win in court against a white man.

She dedicated her life to fighting for gender equality as well as the abolition of slavery, once famously prompting an audience at a Women's Rights Convention:

Her intersectional approach to feminist activism was groundbreaking then and is still incredibly relevant today. In fact, scholar and activist Bell Hooks named her seminal book on contemporary social issues Ain't I a Woman.

After being the first woman to receive a medical degree in the United States, Dr. Elizabeth Blackwell went on to become the first certified female doctor to practice medicine. Her father was a British-born abolitionist who encouraged and supported Blackwell's goals. Undoubtedly, his commitment to equality influenced her radical career and motivation to change an industry from within it. That said, she faced many obstacles throughout her career.

"It is not easy to be a pioneer—but oh, it is fascinating! "— Elizabeth Blackwell

Facing discrimination from male counterparts in the field, Blackwell decided to open her own practice with exclusively women physicians. Not only did she diversify the career path women were able to pursue, but she also changed the standards of healthcare for patients everywhere. In her book Pioneer Work in Opening the Medical Profession to Women, Blackwell wrote, "It is not easy to be a pioneer — but oh, it is fascinating!"

Born in Pennsylvania, Elizabeth Cochrane grew up with the dream of being a writer. When she read a sexist article in a local newspaper entitled, "What Girls Are Good For," she crafted a strongly worded letter and sent it off to the editor. Soon after, her career as a journalist fell into place under the pen name Nellie Bly. Impressed by her writing skills in her letter to the editor, the editorial staff at the paper welcomed her with a spot on the team.

"Could I pass a week in the insane asylum at Blackwell's Island? I said I would and I did." — Elizabeth Cochrane

With a brilliant and rebellious nature, Bly reported on a variety of polemical (and even dangerous) topics in order to transform the repressive societal norms she witnessed. In fact, she was a foreign correspondent in Mexico on her own, she traveled around the world solo, and she took on a brave undercover mission in an asylum in order to expose the inhumane conditions. Later, she was one of the few American women industrialists as the president of Clad Manufacturing Co.

Born during the Reconstruction era, Madame C.J. Walker was the first of her siblings born into freedom and eventually went on to be more than just financially independent. Later, when she was a single mother making less than two dollars a day, she met Annie Malone, a businesswoman who produced cosmetics for black women. Malone quickly took Walker under her wing and trained her as an entrepreneur.

“I had to make my own living and my own opportunity. But I made it! Don’t sit down and wait for the opportunities to come. Get up and make them.” — Madame C. J. Walker

After some time, Walker decided to create her own line of hair care products for black women and changed the marketing industry for the better by setting new beauty standards that didn't acquiesce to the dominant standards of white femininity. Her company grew and grew, and she eventually became the first female self-made millionaire in U.S. history. As a pioneering entrepreneur and activist, she also donated a great deal of her funds to charity.

As the first woman to win a Nobel Prize and the first person to win it twice, Marie Curie has many unprecedented achievements under her belt. Even more impressive, she won both prestigious awards for her groundbreaking work in different branches of science: physics and chemistry. Curie was born in Poland to a family of educators whose strong belief in equal education majorly paid off.

If you aren't familiar with her name, Curie is the genius who coined the term "radioactive" after she discovered radioactivity and the two elements radium and polonium. Aside from winning these awards, she also set up radiology treatment facilities to treat soldiers during World War I.

Born into a large family with little money, Margaret Sanger founded the American Birth Control League, which we know today as Planned Parenthood. As a child, she personally witnessed that a lack of family planning resources and rights can beget a variety of issues, some life-threatening. Specifically, her mother endured 18 pregnancies while sick with tuberculosis, ultimately only giving birth to 11 live babies. As an adult, Sanger was devoted to spreading information about contraception so families were empowered to make their informed decisions regarding reproduction.

"When motherhood becomes the fruit of a deep yearning, not the result of ignorance or accident, its children will become the foundation of a new race." — Margaret Sanger

Sanger was arrested several times, as spreading information about contraceptives was illegal under the Comstock law. But that didn't stop her from opening the American Birth Control League, nor did it discourage her from remaining vocal about her beliefs. She was a major pioneer of the reproductive rights movement, though she remains a controversial figure, as the movement itself has evolved over time.

As the first female pilot to fly across the Atlantic ocean on her own, Amelia Earhart literally reached new heights. In fact, she broke altitude records in her first year on the job. Gender aside, Earhart's adventurous and enthusiastic spirit make her one of the most revered aviators in history.

While she wasn't flying high and breaking flight records, she was advocating for women in the aviation industry, diversifying the male-dominated space for generations to come. As a mentor and educator for young women, she was a true leader by example, inspiring many young women to go for the jobs they were told they couldn't do.

Edith Head is known for her acclaimed costume designs as well as her own iconic look. Fun fact: Those round glasses and that tailored suit are so iconic that they've been the inspiration behind fictional characters since. (Remember Edna Moda in The Incredibles?) Aside from her own aesthetic charm, she had a boundless talent for styling all the leading ladies during Hollywood's golden age.

"A designer is only as good as the star who wears her clothes." —Edith Head

Head worked as the costume designer on thousands of movie sets. She's probably even been the genius behind a few of your Halloween getups, as she designed the costumes in Vertigo, Rear Window, All About Eve, and Sabrina, to name a few. Having won eight Oscars for her visionary costumes, Head holds the record for most awards won by a woman.

A Los Angeles native, Anna May Wong is well known for being the first Chinese-American actress to star in Hollywood films. Though many directors and producers confined Wong to roles that upheld reductive stereotypes, she tried to find a wider range of opportunities that represented Asians outside of those narrow borders. For example, she fought to be cast as the leading Chinese woman in The Good Earth, but the filmmaker chose to cast a white German actress instead.

"I was so tired of the parts I had to play. … There seems little for me in Hollywood. "— Anna May Wong

In the face of rejection, she went on a tour of China, where she also experienced rejection for her identity as an American. Despite her efforts, she wasn't able to completely represent herself on her own terms as an Asian-American woman. However, her work as a movie star allowed Asian Americans to be recognized on the silver screen.

Which fascinating artist has been deemed the mother of the intellectual selfie? Frida Kahlo, of course. The Mexican self-portraitist fused aesthetic beauty with personal expression and unconventional, controversial ideologies to create thoroughly affective artwork. Indeed, as a surrealist painter, Kahlo employed her visual talents to challenge accepted notions of femininity, family gender roles, as well as racial and social divisions in Mexican society.

Her work also consistently highlights the beauty and power of nature, while inviting the viewer to reflect on her own relationship to the self and the natural environment. Kahlo's work is both a representation of political strife and personal anguish, communicating the interconnectedness between the political and the personal. And of course, we have to mention her brilliant sense of style and wardrobe. 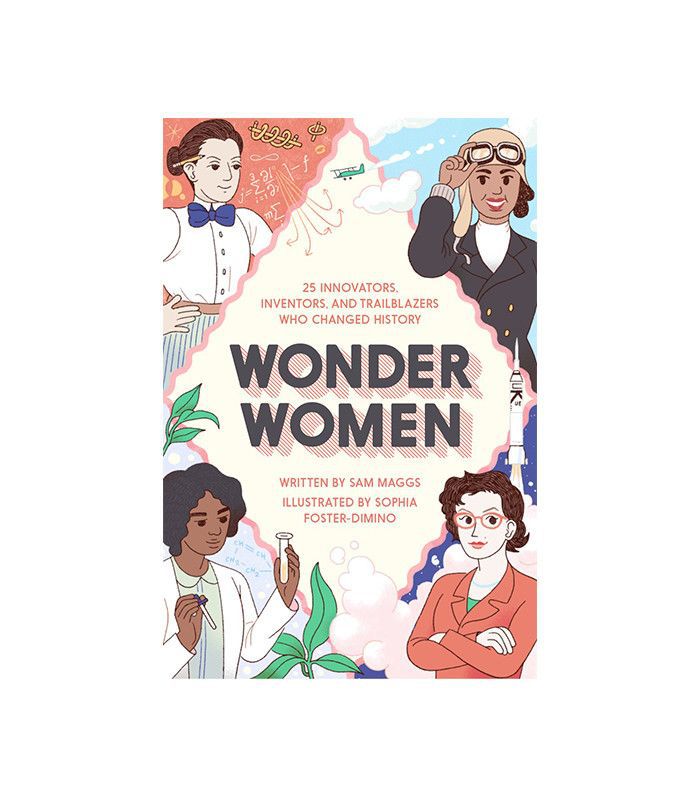 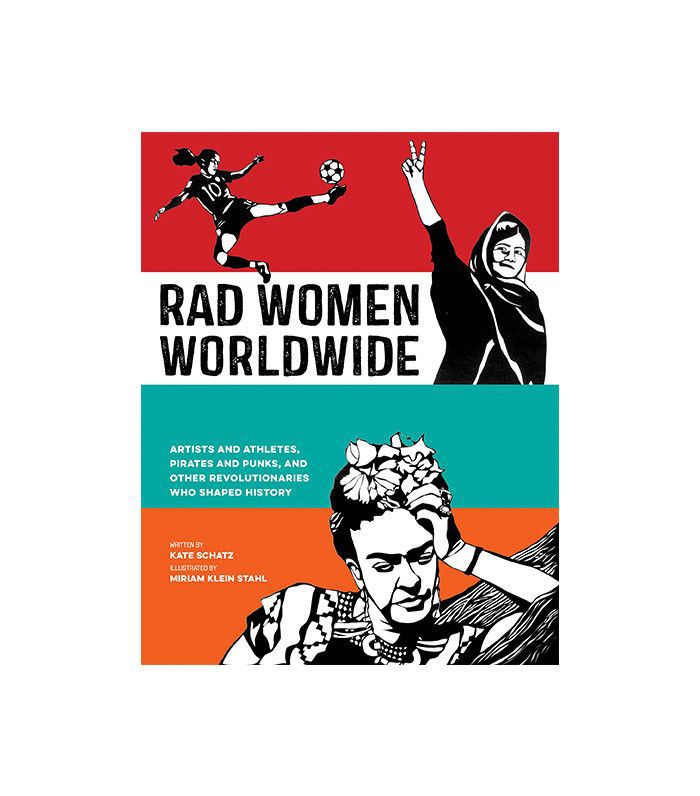 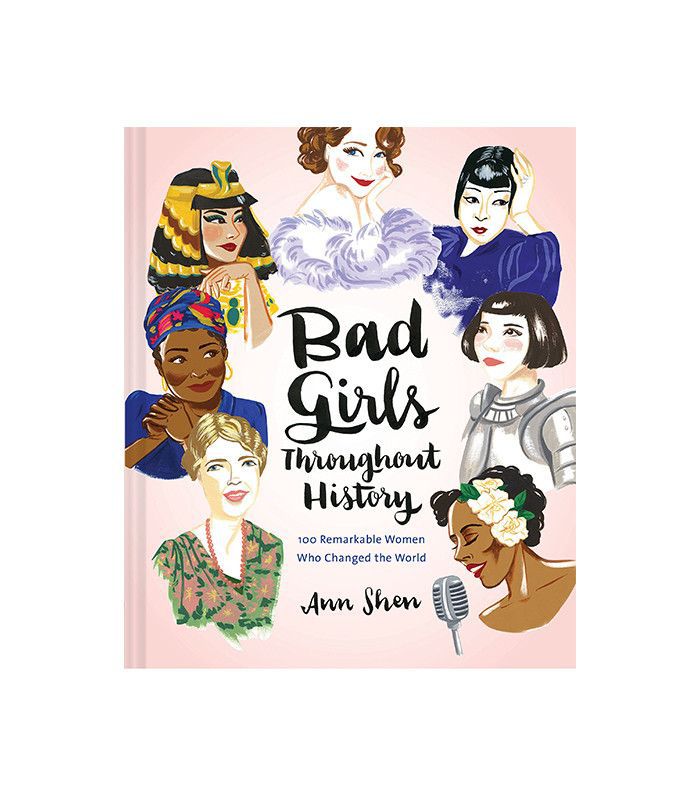