If there's one health topic that's captured our attention this year, it's inflammation. It's nearly impossible to scan health headlines without seeing this buzzword—but what does it actually mean? We know that it's startlingly common, can be sparked by eating certain foods, and has been linked to myriad concerning health conditions, yet for many, it's still a frustratingly vague term.﻿﻿

"There are two different types of inflammation: acute inflammation, which is a necessary part of our immune system—without it, we would not heal—and chronic or low-level inflammation," explains Lori Shemek, Ph.D., author of How to Fight FATflammation. The second is "silent," she says. "You do not know it's there until symptoms occur. It's like having a sore on the inside of your body that never heals."

So beyond the definition, what does this actually mean for your diet, lifestyle, and future? We tapped two inflammation experts, Shemek and Sauer, with all your burning questions. Consider this your cheat sheet on inflammation in the body.

Is there evidence to suggest inflammation exists, or is it overhyped?

Both Shemek and Sauer agree: Inflammation is a real, pressing health concern, but it has been somewhat overhyped. "Once the media gets a hold of a word, they can turn it into a buzzword, like gluten, for example," says Shemek. "Low-level inflammation, however, is very real, dangerous, and important to prevent, reduce, or reverse."

Sauer points to significant evidence that it impacts the lifespan too.﻿﻿ "Some studies even link low inflammation levels to a longer life, less pain, and less infection," she says. "For example, a 2015 study discovered a connection between a longer lifespan in those who had lower inflammation levels.﻿﻿ Researchers explored the health of more than 1,500 people—680 centenarians (a fancy term for those who live to be over 100 years old) and 167 of their offspring. [They] discovered that inflammation was the most significant, controllable factor in predicting a person's lifespan. When managed correctly through your everyday diet and nutrition planning, reduced inflammation levels can certainly have a significant effect on your well-being and overall quality of life."

When it comes to the link between inflammation and diseases, they're divided. Shemek argues that "silent inflammation is the core cause of most illness and disease—diseases such as cancer, heart disease, Alzheimer's disease, diabetes, osteoporosis, obesity, and more," but Sauer isn't convinced: "While inflammation can certainly be a key factor in several diseases and conditions," she says, "I would be hesitant to say that it should be considered the 'root of most diseases.'"

How do you know if you have inflammation?

"The most common signs that you are suffering from some form of inflammation are redness, heat, swelling, pain, or loss of function at the inflammation site due to blood vessels within the tissue expanding to ensure more blood can reach the injured tissue and begin the healing process," says Sauer.﻿﻿ "While these symptoms may sound scary, most can be chalked up to issues you experience during common ailments, such as your sense of smell getting worse when you have a cold, or a sprained ankle as a result of a strenuous workout."

If you're concerned about chronic inflammation, Shemek says there's a simple way to get to the root cause: "The C-reactive protein test is an excellent and inexpensive test your doctor can perform."﻿﻿ 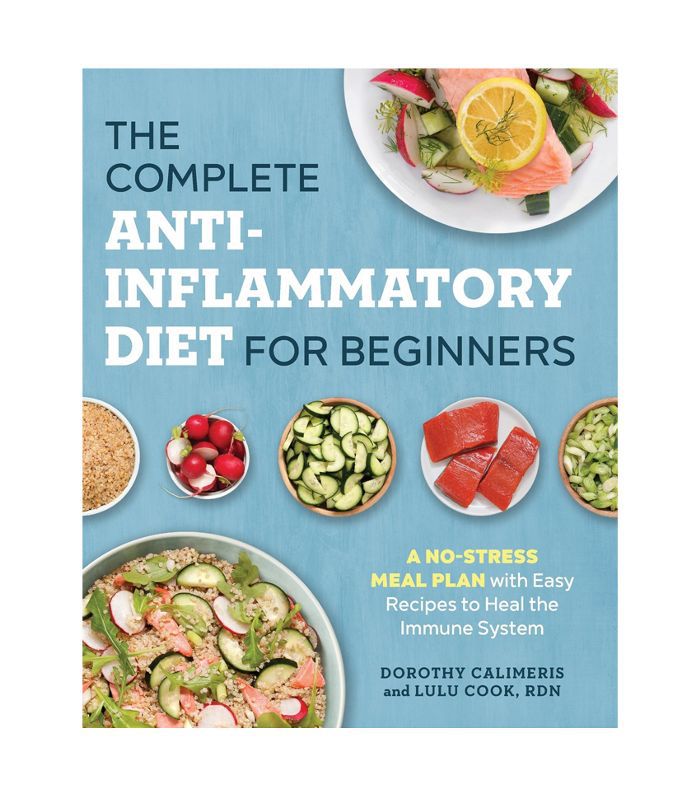 What is an anti-inflammatory diet?

"The most common misconception I usually encounter about inflammation is that most people think they can't control it, and if they attempt to, they're restricted to a very limited diet and lifestyle," says Sauer. Fortunately, she says, this isn't true.

To help control inflammation levels through your diet, add in foods that may help decrease inflammation and lower intake of those that may increase it, such as those high in sugar and saturated fat.

"A good rule of thumb is that if it's found in nature, leafy, and contains protein and/or fiber, you should be eating it." Some of her favorites:

Fatty fish: "Eat oily fish like salmon, mackerel, tuna, and sardines several times a week, and you have the benefits of omega-3 fatty acids, which have been shown to reduce inflammation."

Fiber: "Look for whole grains, beans, and other foods high in fiber, which stimulate the growth of healthy bacteria that help fight inflammation."

Nuts and soy: "Nuts and soy products, such as soy milk, edamame, and tofu, have anti-inflammatory properties and are natural sources of protein."

Green tea: "In addition to [green tea] being an excellent alternative to coffee to stimulate your senses during that afternoon slump, a 2010 study from Case Western Reserve University found that EGCG, the predominant polyphenol in green tea, may prevent arthritis through its inflammation-reducing properties."﻿﻿ 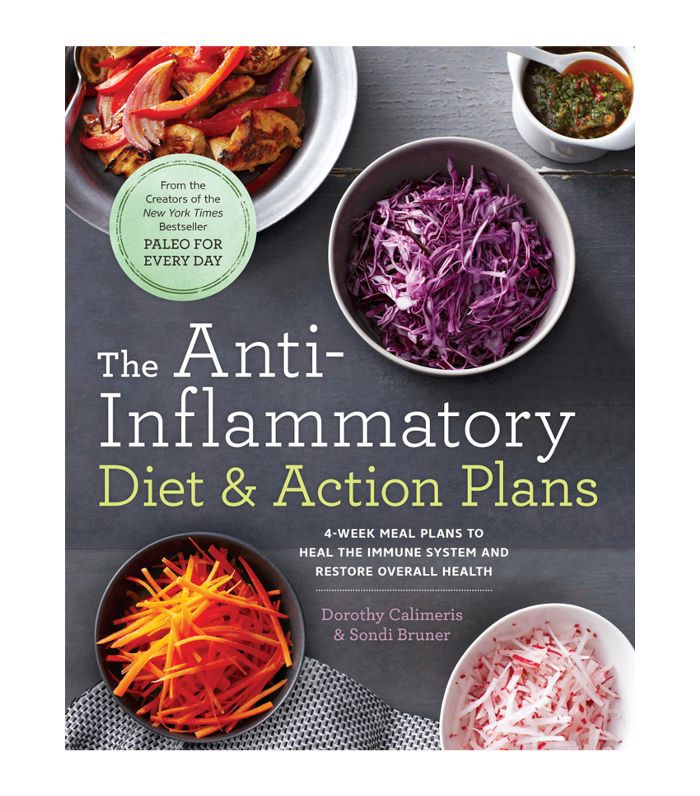 Is your diet the only way to treat inflammation?

Food is the primary way to combat inflammation, says Shemek, but a number of factors contribute to whole-body health. "Other lifestyle factors include adequate sleep, taking steps to reduce chronic stress, exercise and resistance training, adequate water intake, and supplementation where needed."

Unlike with many diets, Shemek says you'll start reaping the benefits of anti-inflammatory foods "as soon as you take your first bite." These foods "have an epigenetic effect that turns on good genes [and] promotes powerful positive gene expression," she says.﻿﻿ 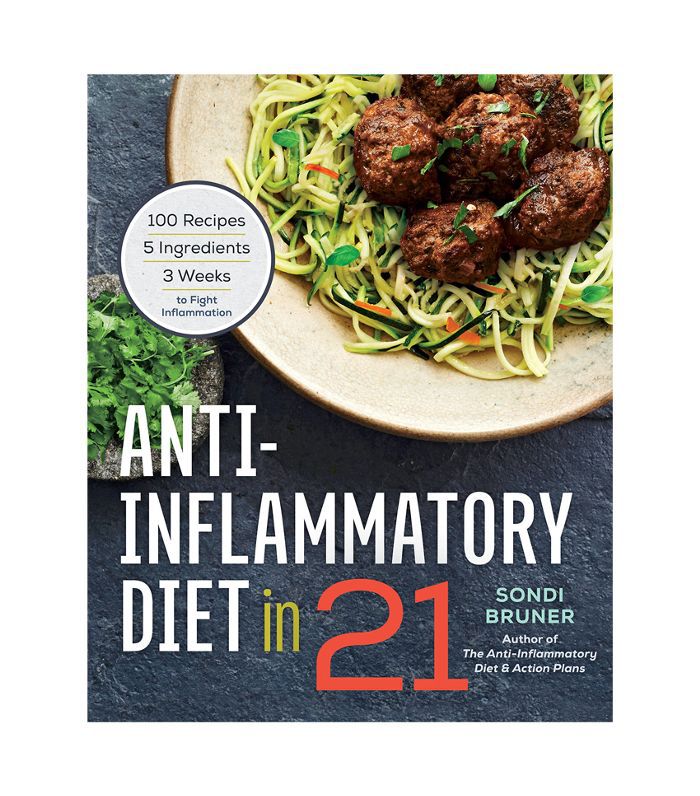 How do you know if you're combatting inflammation?

So how do you actually know if you're combatting inflammation? "Signs that your inflammation levels have lowered are most prominently shown in your body's ability to fight infections and injury," says Sauer. "You'll most likely begin to notice over time that it's a bit easier to fight back against that nasty flu or cold virus that everyone at the office seems to have contracted, or your knee is a bit less stiff after you pulled it the wrong way while working out the night before."

Shemek says it's an overall feeling of vibrancy and well-being. "You feel great, vibrant, [and] healthy. You are free of nagging illnesses, skin conditions, weight gain, stress, and sleep issues." 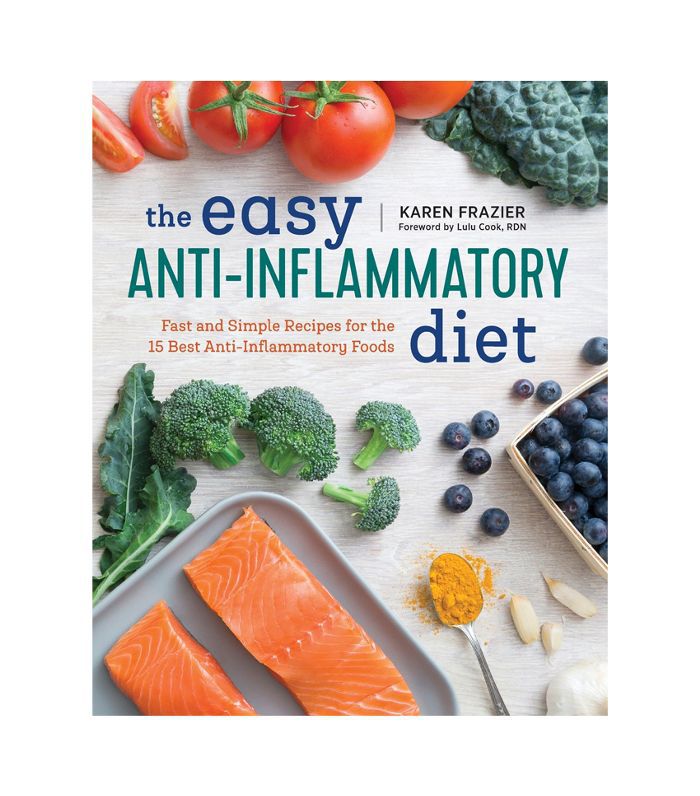 Karen Frazier The Easy Anti Inflammatory Diet $11
Shop
Article Sources
MyDomaine uses only high-quality, trusted sources, including peer-reviewed studies, to support the facts within our articles. Read our editorial guidelines to learn more about how we keep our content accurate, reliable and trustworthy.