The term "Instant Pot" has become synonymous with the 14-gadget pressure cooker of Amazon fame. But as People reports, the Instant Pot brand has ventured into new territory with the launch of its Ace 60 Cooking Blender, which is essentially a blender, food processor, ice cream maker, and juicer all in one. The eight-program gadget will be sold exclusively in Walmart stores starting this Sunday, September 23, and 25 lucky customers (who were gifted an early model as a part of a contest) have already given it a perfect five-star rating.

Dairy-free customers can also make their own plant-based milks and nut butters using the Ace. It's equipped with a few different settings for making almond, nut, rice, soy, and oat milks, plus a machine-washable cheesecloth for straining the beverages. A self-cleaning function, bristled cleaning brush, food tamper, and measuring cup are also included, making the Ace every bit the multifaceted, über-practical invention you imagined.

"At $99 this thing is an absolute beast of a machine! It can make hot soups, hot milks, and nut butters at that price point," writes one reviewer, who also gave the machine five-stars. "The jar is huge and the motor is powerful, [but] still quieter than any Ninja, Vitamix, or Blendtec blender I have tried. The auto-blend functions are perfect; I load the jar, press the button, go do something else, and come back to a perfectly blended recipe."

Head over to Walmart to read more reviews of Instant Pot's latest creation, and pre-order your own Ace below! 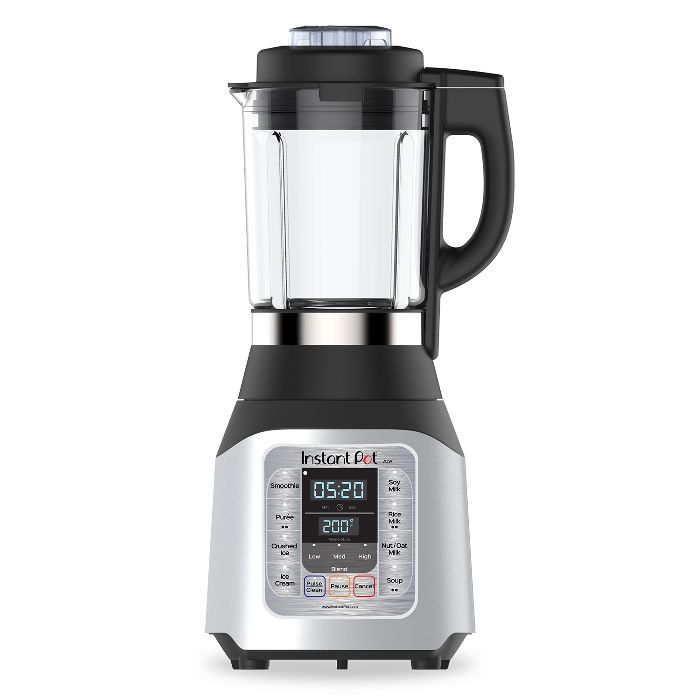