International Travel Tips I Learned From My First Overseas Trip

It’s near impossible to fathom the vastness of the world without travel. No matter how many times you see images or hear stories about places you’ve yet to go, they don’t become real until you’re there experiencing the food, language, and culture. At 18, I found myself itching to see every landmark and destination I’d only ever come across in movies and books. My family’s version of vacations included road trips to see relatives, not jet-setting to foreign lands, so as I neared the end of my high school years, I’d yet to even travel by plane (yes, really).

All of this changed when I got the opportunity to travel abroad with a program through my school right before graduation. I begged for my parents’ permission, saved up all my lifeguarding money, and had a passport photo taken. The destination of my first-ever airline pass read Paris, France. It was only a two-week trip through France and Spain, but my first experience with international travel gave me an entirely new perspective on the world. From the food to the people, here’s what I learned from my first trip overseas.

My first flight was not the traumatic experience I was expecting. Never having been airborne before, I feared the altitude would get the better of me and my fear of heights would kick into overdrive. I was pleasantly surprised to find that the rocky, rollercoaster feeling of takeoff didn’t last long, and the only thing I had to fear was the in-flight meal, which contained some curious-looking shrimp. Never let the fear or inconvenience of travel keep you from taking an adventure. Once it was time to land, I was so excited that I didn’t even notice the bumpy arrival on the tarmac. We could have crash-landed—all I cared about was that I was in Paris.

During my first meal in Europe, I immediately understood why America is known for its massive portion sizes. I was thrown off by the petite dishes, but I was thrilled to practice what little French I knew on the waitstaff. I savored crepes, quiche, and pastries as we made our way through Paris, though my vegetarian traveling companion with an egg allergy was not so happy with the cuisine. Word of advice: Don’t expect much more than a salad from a French restaurant if you maintain a vegan diet.

Barcelona and Madrid were more formidable to my friend’s dietary restrictions. I’ll never forget the paella from a restaurant we popped into while wandering around Plaza de Cataluna. The number one rule of eating while traveling abroad is to try everything. If it’s a local delight, you never know when you’ll have the chance to experience it again. I’ve yet to find paella stateside that even came close to rivaling the local offerings in Barcelona.

One of the many firsts I experienced on this trip was taking public transportation. As a child of the suburbs, it simply wasn’t a necessary or even practical form of transport, so I had no experience with buses or subways of any kind. When I first stepped on the metro platform in Paris, I was in awe. I thought it was simply magical that I could hop on an underground train with strangers and emerge in an entirely new place.

My romanticized view of public transport was only slightly derailed by the crowded cars and aroma of sewage that traveled into the stations. For the true metropolitan experience, however, traveling Europe by metro is a must. It speaks to the bustling energy of the city. Fellow commuters wore backpacks and carried briefcases as they rushed off the train and back to their busy day. While some parts of Spain appeared to offer a slower pace of life, the city hustle was alive and well in Paris.

Never before in my West Coast upbringing had I seen ancient architecture so full of history and intricate detail as I saw on the streets of Paris, Madrid, and Barcelona. The first artifact of the old world I encountered was Sacré-Cœur Basilica, which is known as the sacred heart of Paris. It’s a must-see destination if you’re visiting the city for the first time, as is the Arc de Triomphe, Trocadéro Square, Notre-Dame Cathedral, Versailles, and the Catacombs—an eerie underground ossuary complete with ominous lettering on the doorways and actual skulls and crossbones around every corner.

The architecture of Paris was only to be rivaled by that of Spain, where the work of Antoni Gaudí casually traipses the sides of apartments and can be seen on a monumental scale at Sagrada Família, which remains unfinished. I maintain that the best way to see the Barcelona is by bike so you can stop and take in the sights and be on the streets with the locals, as opposed to quickly touring the city by bus. If I hadn’t been for biking, I never would have stumbled upon Parc de la Ciutadella or ended up with my feet in the Mediterranean sea.

I’d also never before experienced art like I did while visiting the Louvre and the Musée d’Orsay in Paris and the Prado Museum in Madrid. Masterpieces created centuries ago decorated nearly every square inch of the walls. You can feel the great weight of history upon you as you explore each space. This experience opened my mind up to a world of art that I hadn’t realized I was missing. Little did I know then, but I would go on to study the very works I saw in person later as a student of art history.

While I did find that some of the stereotypes regarding the attitudes of the French to be true—there were times when it took about one second of me trying to ask a question in French before I was abruptly stopped and told to speak English—most of the people I met were happy to share their culture and language with me once I showed interest. It’s as simple as saying bonjour or hola when walking into a store or cafe. I found this made a huge difference in whatever interaction might follow like the friendly shop owner who let me struggle through French to have a conversation with her even though she could speak English or the Spanish tour guide who taught me phrases to use to get by in the city.

I learned so much from this experience. It turns out that I enjoy flying, and I’m really not that afraid of heights. I’ll try any food at least once, and I know European cities are meant to be experienced by foot and by bike. I discovered that you can learn more about a country’s history by observing its art and architecture and interacting with locals than by reading a textbook. I found that world was both bigger and smaller than I ever could have imagined. 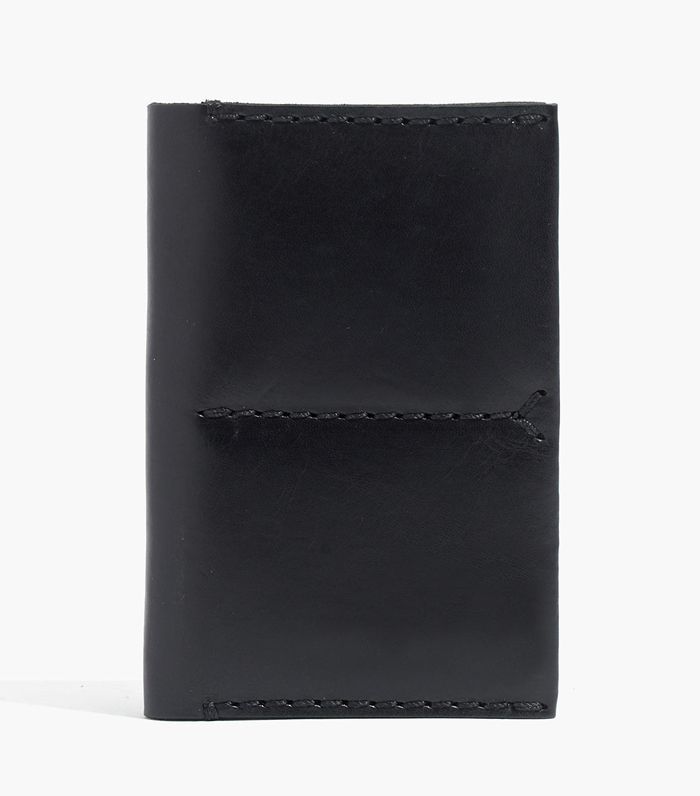 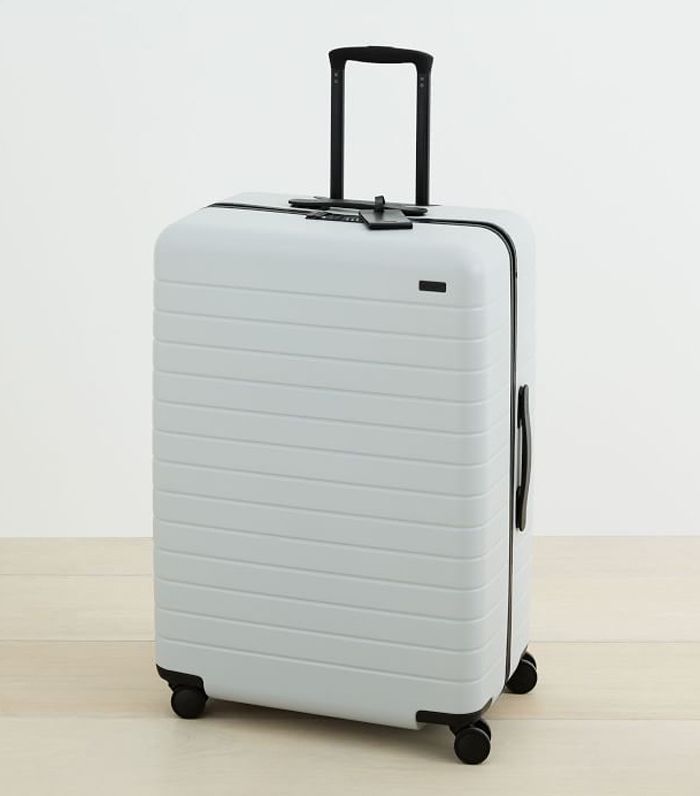 Away Large Suitcase in Platinum $295
Shop 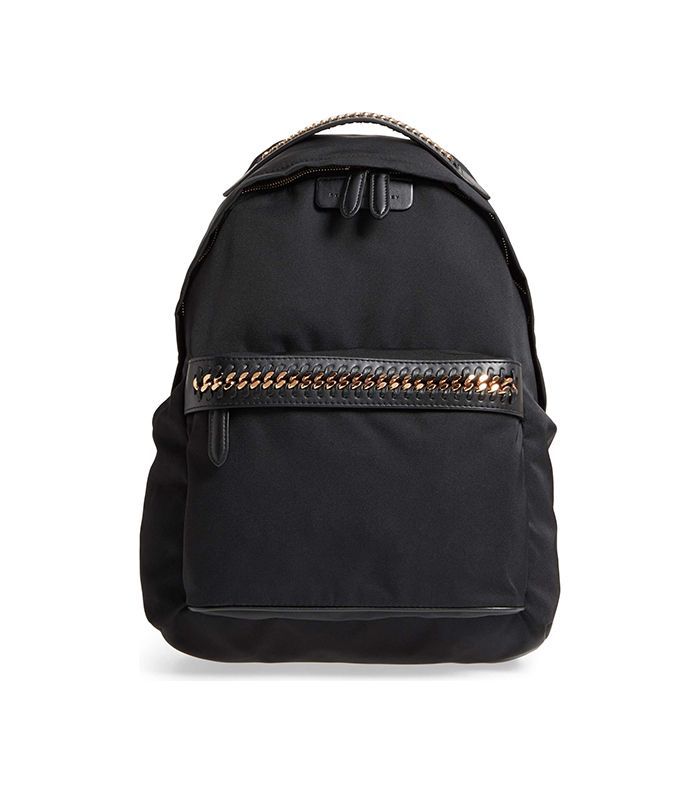