Modern Family's Julie Bowen on Having a Life Outside of Kids

After playing Claire Dunphy for over a decade on the hit comedy show Modern Family, Julie Bowen has become one of TV's most iconic moms. In addition to her three on-screen children, Bowen is a mom to three kids of her own in real life. However, as important a role as motherhood has played in her personal and professional life, Bowen is so much more than this one attribute, and cultivating a rich life that doesn't revolve around her kids is something she's been working toward.

"Making sure that you have a life, an inner life, a social life, a personal life, and a work-life that do not revolve around your children is super important," she tells MyDomaine. We caught up with the actress when she was celebrating the release of her film, Life of the Party. While the film is about a woman (played by the hilarious Melissa McCarthy) who returns to college with her daughter after going through a divorce, Bowen is focused on creating a meaningful life outside of her kids even though they are such a huge part of her life. Ahead, she opens up about her ever-evolving relationship with confidence and success in every aspect of her life—from motherhood to career.

According to Bowen, when you have twins, "everything goes out the window." Luckily for her, playing a mom to kids on TV older than her own children taught her some valuable lessons about parenting. "I learned more from Claire and the writers who made Claire than I brought to Claire as a mother," she explains. One thing, in particular, she learned from her second family is that kids go through phases. "I know that sounds crazy—everyone knows kids go through phases—but when they're your kids and you think they're gonna live in that phase forever, it feels impossible," she says.

It was really Nolan Gould, who plays her son on the ABC series, who showed her how much kids change as they grow up. "I learned so much from that experience of watching him go through these phases and come out the other side and really develop into a lovely young man," she says.

When it comes to her own kids, she follows the advice of her sister, who told her that "good enough is good enough." Between raising twins and worrying about sleep schedules and perfectly timed naps, Bowen admits this advice has been her reminder to not sweat the small stuff. "Good enough is good enough, and I've had to remind myself of that at least once a month," she says.

"I was so resilient early on in my career," says Bowen. "A lot of my friends were dropping out, going, 'I can't stand this; it's so awful to hear no all the time,' and I'm like, 'Oh, but you're getting closer to your yes.'" Bowen began her acting career with the notion that auditions were simply a numbers game—someone once told her you have to hear 25 nos before you hear a yes. "Only with the retrospect of decades looking back do I think, Who the hell told me that, and why did I believe it? But I did and it was so helpful," she says.

Early on in her career, Bowen defined success as independence. "To become financially independent and pay my own taxes and be an accountable adult was a really big deal," she explains. While she did find work as an actress before hearing 25 nos, she had to hold a string of odd jobs to reach the financial independence she wanted at the time. "I was gigging it hard," she says. "If there was Lyft at the time, I would have been all over Lyft." But to her, the work was worth it. "At that time all I wanted to define myself by was being independent, not needing financial help, you know, making a dentist appointment and going—that to me was being a grown-up."

Today, Bowen's definition of success looks quite different. "For me, right now, it’s so much about my kids," she says. "If everybody goes to bed clean and happy and healthy, I feel like I win." Although parenting has taken over as a priority in many ways for Bowen, she understands the importance of defining herself as more than just a mom. "I spend a lot of time in therapy—I have no problem saying it—and making sure that you have a life, an inner life, a social life, a personal life, and a work-life that do not revolve around your children is super important," Bowen says, although it's something she's still working on developing. "I don't want to be an empty nester. I panic about that," she admits.

So what does the future hold for Bowen? "I want to be awesome," she says proudly. "I mean, my fantasy is that I'll have other things going on in my life and, you know, I want to be busy and engaged and not only with my children." For now, Bowen takes care of herself by listening to podcasts and working out. She's a fan of NBA radio and says, "I just find it exciting. I like to listen to people who are impassioned about topics." She's also a long-time runner and has recently discovered CorePower yoga-sculpt classes as a new way to exercise while she deals with pesky plantar fasciitis, a common runner's problem. "It's deadly hard; it's my new jam," she says. 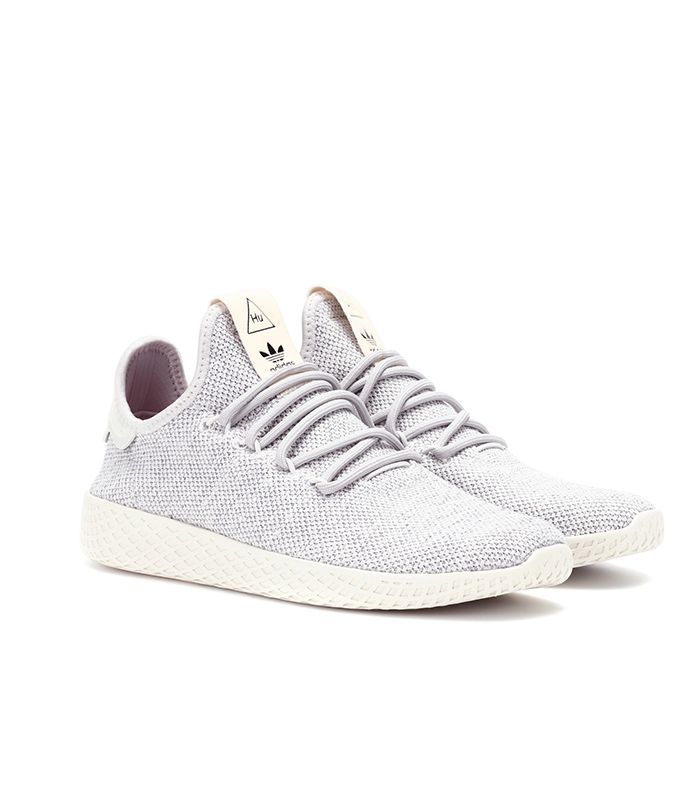 With a tough fitness routine, a thriving career, and aspirations to begin producing and directing, it seems as though Bowen will have no problem leading a full life long after her kids find their own independence.