Career Code: Meet the Woman Influencers Turn to for Guidance

In honor of our co-founders Hillary Kerr and Katherine Power’s latest book, The Career Code: Must-Know Rules for a Strategic, Stylish, and Self-Made Career ($24), we’re running an interview series featuring 17 questions (to parallel the book’s 17 chapters) about the work lives of inspirational female leaders who are at the top of their fields. So far, we’ve tapped Lisa Gersh, Pip Edwards, Kelly Wearstler, and more. Up next? Julie Masters.

You could call Julie Masters the influencer of influencers. Not only has Masters acquired over 15 years experience as a speaker, but she is also the founder of one of the largest dedicated speaker management agencies in the world ODE Management and also the Founder and CEO of Influence Nation.

Having also launched a podcast this year, Masters has cultivated a pretty impressive resume, and she isn't stopping yet. From how to quit a job and leave on good terms, to the most common mistakes she sees new employees making, get a pen and notepad ready because you're going to want to take notes. Keep scrolling to see Master's career advice.

I build brands around people. So it's my job to help people stand up and own their influence in a market price.

I've been in the speaking industry now for 15 years, and probably for the first 10 years of those 15 years I was absolutely terrified of getting up in front of people and talking. So the most surprising thing that people find is that to be influential, to own your voice and own your space is a set of tools that you can learn. It's a learnt skill, it's not just a God-given right given to a few extroverts.

I arrived 15 years ago as a backpacker [from the UK] and all I had in my backpack was sarongs and bikinis. So between a group of friends and myself, we had one interview outfit that we shared. I can't remember what it was! It was probably something as simple as a pair of black pants and a shirt? I can't imagine having a jacket.

I think the person I would love to sit down with is a comedian called Eddie Izzard because he can speak many languages, he's done his show in all of those languages and he's done three back-to-back ultra-marathons and he seems to have this amazing ability to be able to move between worlds. He's so loud as a comedian, he's a transvestite and somehow he's just been able to move between worlds and been absolutely authentic to who he is. He always keeps an open mind, shows up and masters everything he's ever attempted without alienating anybody. I just find that truly incredible.

I don't regret any business decisions that I've ever made because I really believe you make the best decision you can with the information and experience you have at the time. Every time I've fallen flat on my face I've always been able to use that lesson somewhere where the stakes are higher. And so without that lesson under my belt when I reached that situation where the stakes were higher I would of screwed up on a bigger scale.

However, I have regretted every time I haven't stood my ground, every time where I have thought that it was easier just to say nothing then it is to stand by what I believe in and make a point. Anytime I've walked away from a situation where I felt like I didn't do myself, my values or my intentions justice.

So if you can't keep your agreements you go and front up to that person and say something happened can we re-negotiate? There's only two things you can ever control and that is your activity and your attitude. So you take full responsibility for your activity and attitude and I would say if anyone ever told me that their results weren't what they wanted them to be they would be two things you'd have a look at. What activity are you doing and then tell me how you feel about the activity that you're doing. You could be doing all the right activity in the world but if you're not engaged, you're not feeling it or you don't believe in what you're doing or whatever reason then it's not going to work.

Before having a child I would have said high heels but unfortunately, my feet have changed shape and my high heels are very uncomfortable, so I can't quite wear the same level of heels that I used to be able to wear. I think now it's less what I wear. It's so funny because I was having this conversation with a lady in the bathroom yesterday and she was putting on some lipstick. I said 'oh you look lovely' and she said 'I'm so glad you said that because my daughter looked at me as I was leaving the house today and she said you look like a fashion disaster'! I said 'You should have turned around and said you know what? It's not what I'm wearing, it's the way I'm wearing it!'. I think it's not what you wear, it's the way you wear it and I know that's such a mum thing to say! But I see too many women, gorgeous looking women, in a fabulous looking outfit with their heads down shoulders bowed, frumping and I see other women in less fabulous outfits who just walk like they own it. I think that that is the biggest thing, you should walk like you own it.

They would probably say that she has more ideas then either she or anyone has the time to complete and they would also say she couldn't navigate her way out of a pencil case.

If I've had a sleepless night and I need to feel inspired then coffee! I think the number one thing is who I surround myself with. There are certain people in my life that when I spend time with them it lifts me and I come away from those conversations feeling incredibly inspired and incredibly energised. I think that for me if I am really struggling I will probably make a phone call to somebody that I know has that impact on me.

The best way to quit your job is collaboratively—chances are if it's not working for you it's not working for them. As in, if you're not feeling as engaged as you should be and you know somebody that was more engaged could do a better job, it’s might be time to quit. If someone sat down with me and said 'I'm in this place, I feel it's time to go' and there were no options we could talk through that would change that, then I've just made up my mind. That’s the type of person I would respect and always barrack for, and I'm still a big supporter of a lot of people who have worked for me—I still write them reviews, take them out to dinner, work with them on a project basis. Often managers judge a relationship far more by how it ends by then how it begins.

I'm crappy at remembering to eat lunch. So usually it's a smoothie or sushi or something I can get on the run. I'm very good with breakfast but rubbish when it comes to lunch.

I think owning your space, don't wait until you are asked. Don't wait to make a contribution until you feel smart enough, confident enough, experienced enough. Jump in, ask what would be helpful, ask what the parameters are and give it a red hot go! Those are the people that I would notice.

I love following @humansofny, they are probably my favorite other than friends. There's also a beautiful poet in the US called @notesontheway.

I have a list of cards that are by my bed and they just have pictures on them and they are kind of goals and ideas, they are anything from work related to travel related to personal items and I look at those every morning when I wake up, it just takes me five minutes.

I'd like to say that I meditate but now that I have a small child that often wakes up before I do, the meditation thing has gone out of the window. Then in the evening I have a rule that there's no screens after 8 p.m., my phone goes onto do not disturb. That gives me a chance to wind down, get out of my day and just to get back into my body a little before I go to bed.

The one I think about a lot is never compare your inside to someone else's outside.

Well I've just launched my new podcast Inside Influence last week, so I'm very excited about that! I am also very excited about doing some work with the Safe Haven Project, which is a project designed to help women who are overcoming domestic violence. So working with them to help get that message out there more and get people talking about the subject. 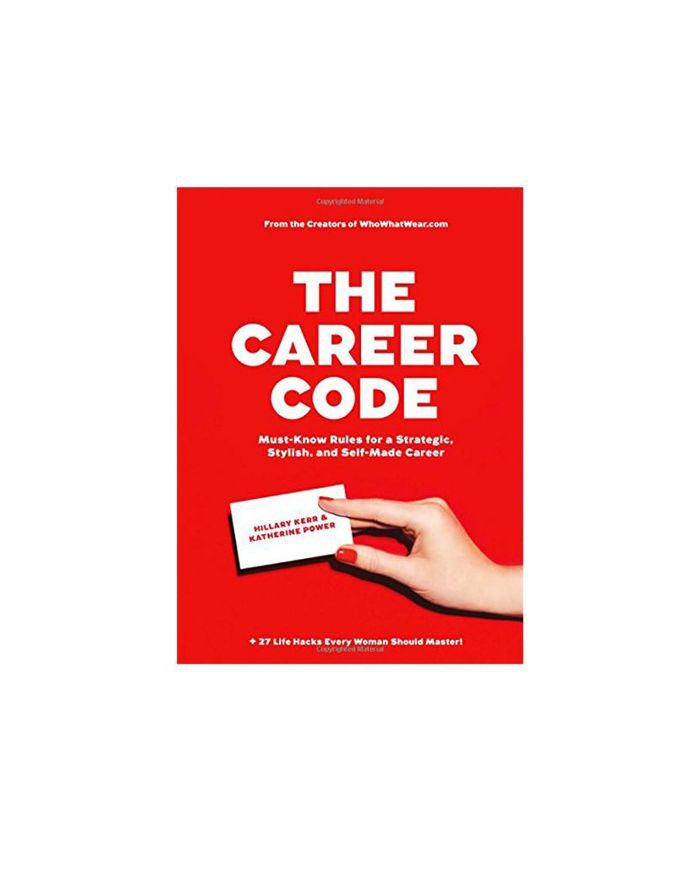