Keeping Tabs: I've Tried Dozens of Cooling Bedding Products & These Are the Ones I Swear By 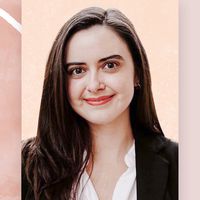 Nicole Lund
Nicole Lund is the senior commerce editor for MyDomaine, which means she’s your expert on navigating online shopping. She previously worked at Apartment Therapy, where she was in charge of all commerce content and product reviews.
MyDomaine's Editorial Guidelines

Here at MyDomaine, we’re constantly researching the latest and greatest in home décor, furniture, linens, and more—and we have the open browser tabs to prove it. This week, we asked our Commerce Editor Nicole Lund, a perpetually hot sleeper who has tested dozens of bedding products, to share which bedroom essentials she swears by for a cooler night's sleep. From linen sheets to a lightweight comforter, these are the tried-and-true items she loves. 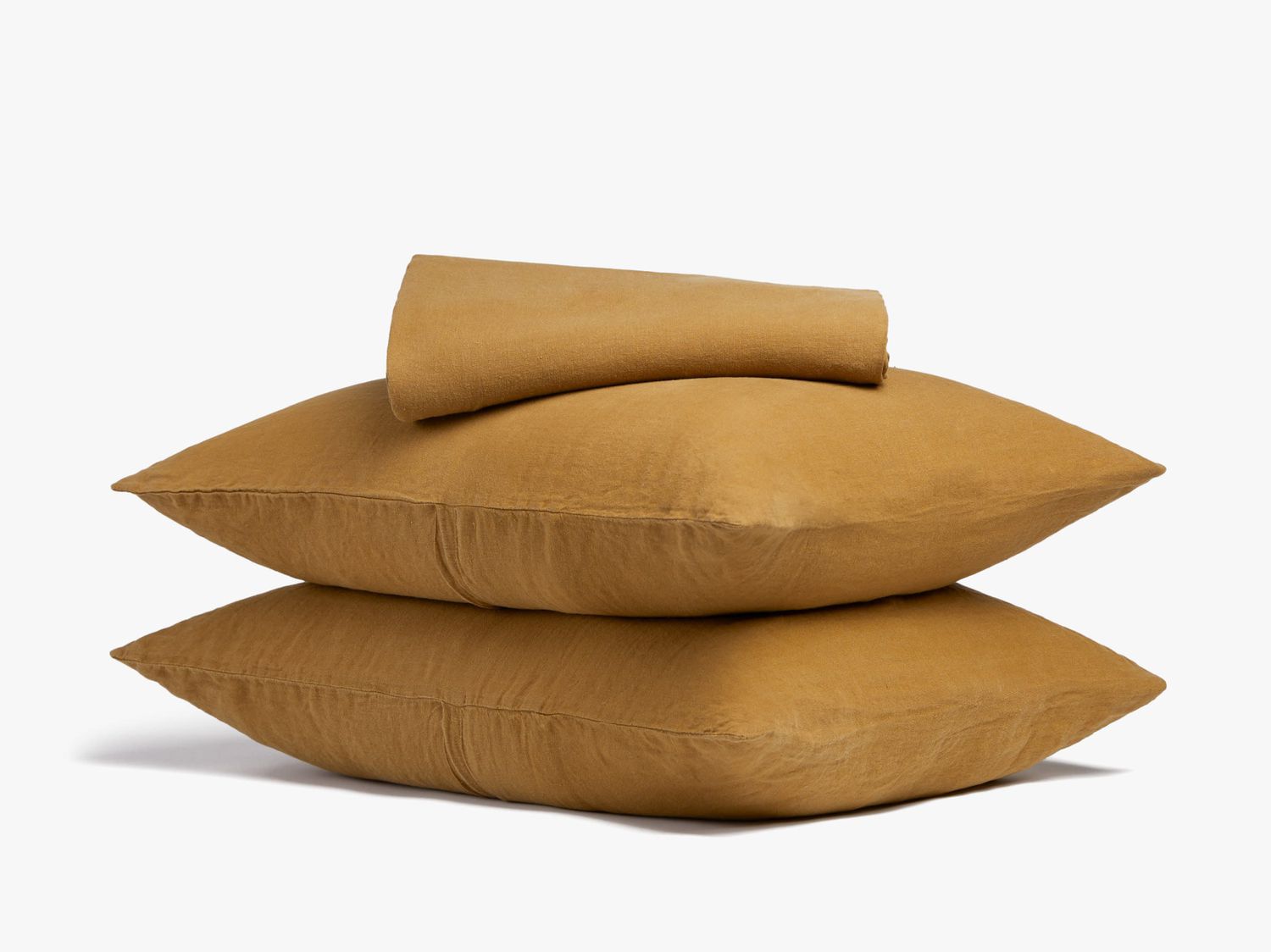 "When I first moved to New York, I got a set of microfiber sheets because they were cheap. After months of waking up sweaty, I finally realized my sheets could be the culprit. I tried Parachute's linen sheets, and now I'll never go back. I'm a huge linen snob at this point and have tried several different brands, but I always recommend Parachute for anyone who's new to linen bedding because they're so soft. Plus, they're affordable compared to other options (the only downside to linen is how expensive it is!), and the top sheet is optional."

The 8 Best Cooling Sheets for a Great Night's Sleep 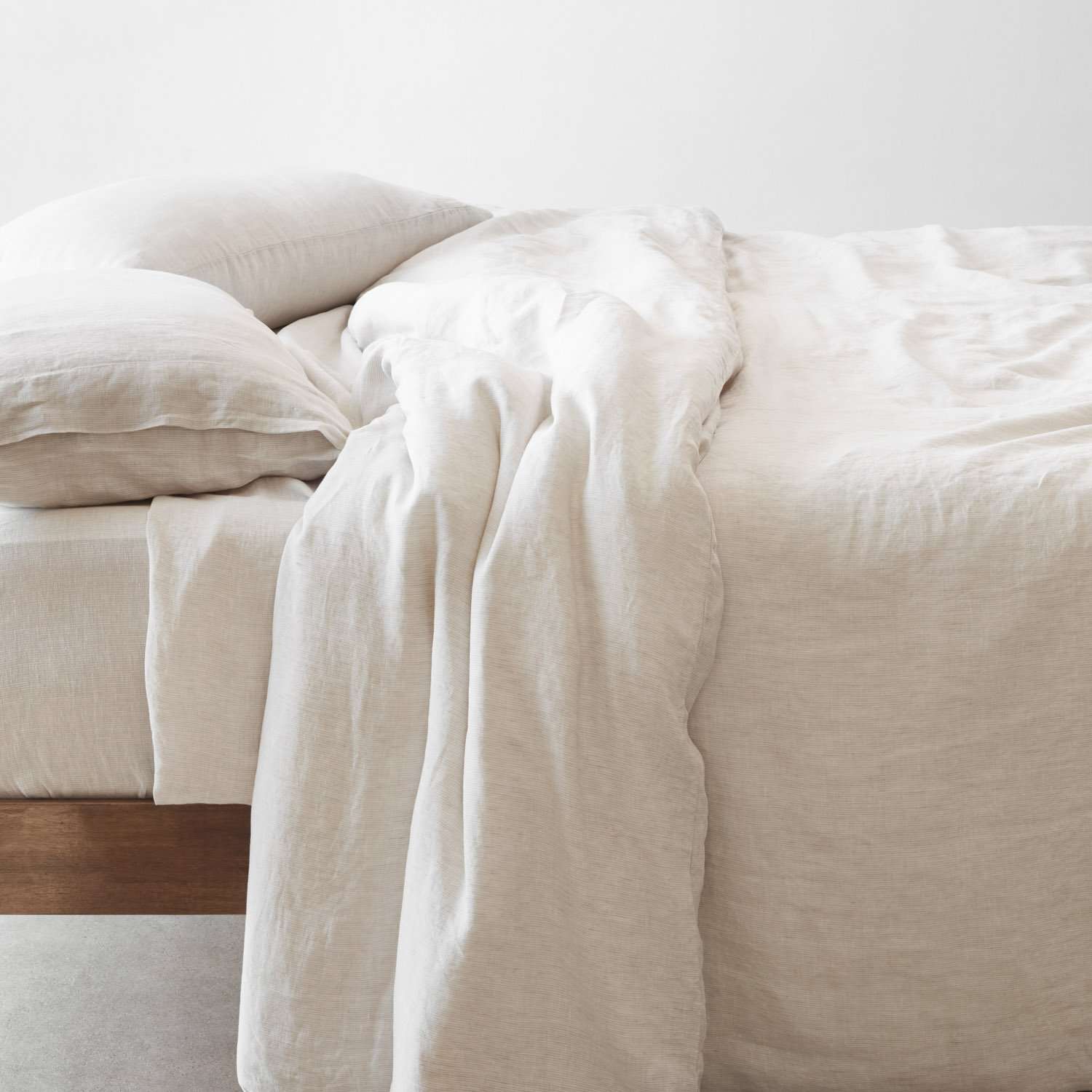 "If you can afford an upgrade, though, I can't recommend The Citizenry enough. I love their linen sheets so much that I finally caved and bought the duvet cover too. The Citizenry's linen is perfectly light and airy, not to mention super soft right out of the box, and the duvet cover comes in a wide range of colors (I got Sand Stripe). It has corner ties to keep it in place and cute button closures and just looks good." 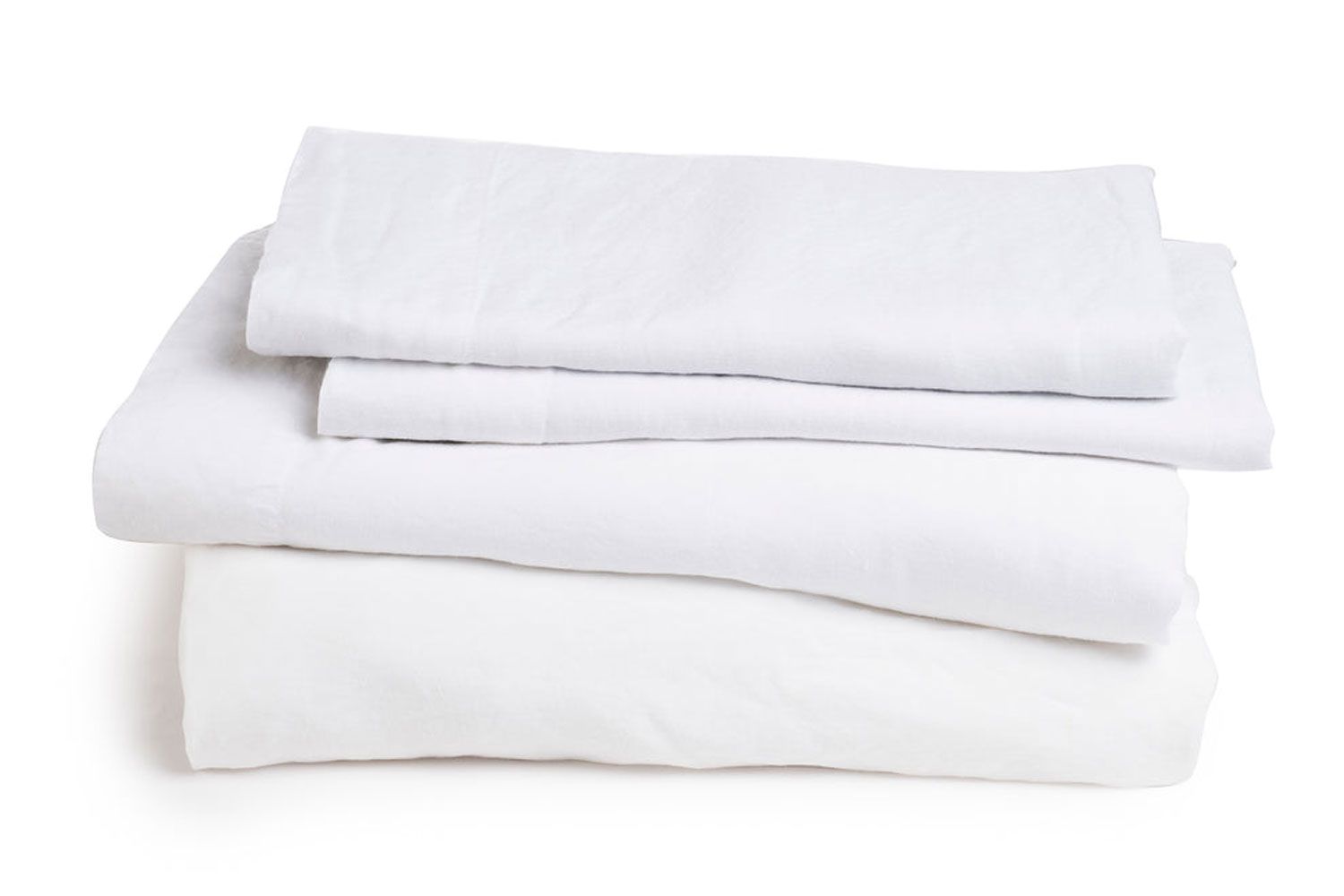 "Okay, one more sheet set recommendation! If you're really on the fence with linen, Kassatex's Linen-Bamboo sheets are a must. Made of a heavenly combo of linen and bamboo, these sheets are (and I genuinely mean this) the softest sheets I have ever slept on. And I've tested a lot of sheets! They're especially perfect if you want the weightless feel of linen without the somewhat scratchy texture, and, like Parachute, Kassatex lets you forgo the top sheet."

The Best Bamboo Sheets That Are Comfy, Cooling, and Eco-Friendly

View On Amazon View On Target View On Walmart

"You might overlook your pillow as a possible culprit for night sweats, but you shouldn't. Personally, I can tell when I'm sleeping on a polyester or down alternative pillow—my face really does get hot! Instead, look for a gel-infused or shredded memory foam pillow, like this one from Amazon. I've used these pillows for about five years, and I've gotten several friends and my entire family hooked on them. Not only are they soft and cooling, but they're comfortable no matter what position you're sleeping in. Plus, they're sold as a pair and are often on sale." 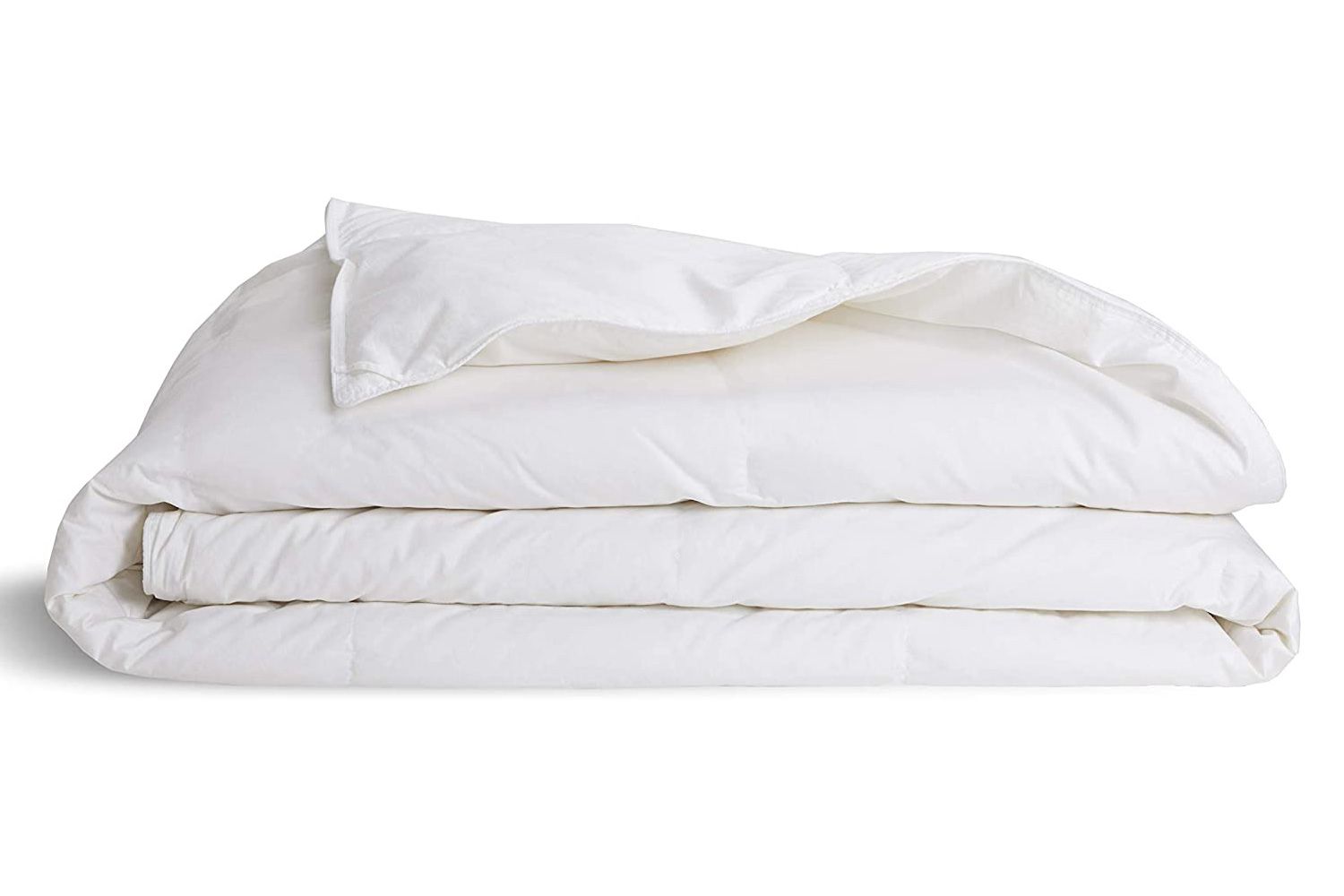 View On Amazon View On Brooklinen View On Zola

"Comforters are tricky to get right for hot sleepers. I'm someone who likes to be bundled in a thick, cozy comforter even in the summer, so sleeping with a blanket or just a top sheet won't cut it. I've found over the years that a lightweight down comforter is the way to go—down is actually pretty temperature-regulating, while down alternative is typically made from materials that might make you sweat. I'm a fan of Brooklinen's comforter, which comes in a lightweight option that's perfect for those who want to be cozy and cool."

The 11 Best Lightweight Summer Comforters of 2023 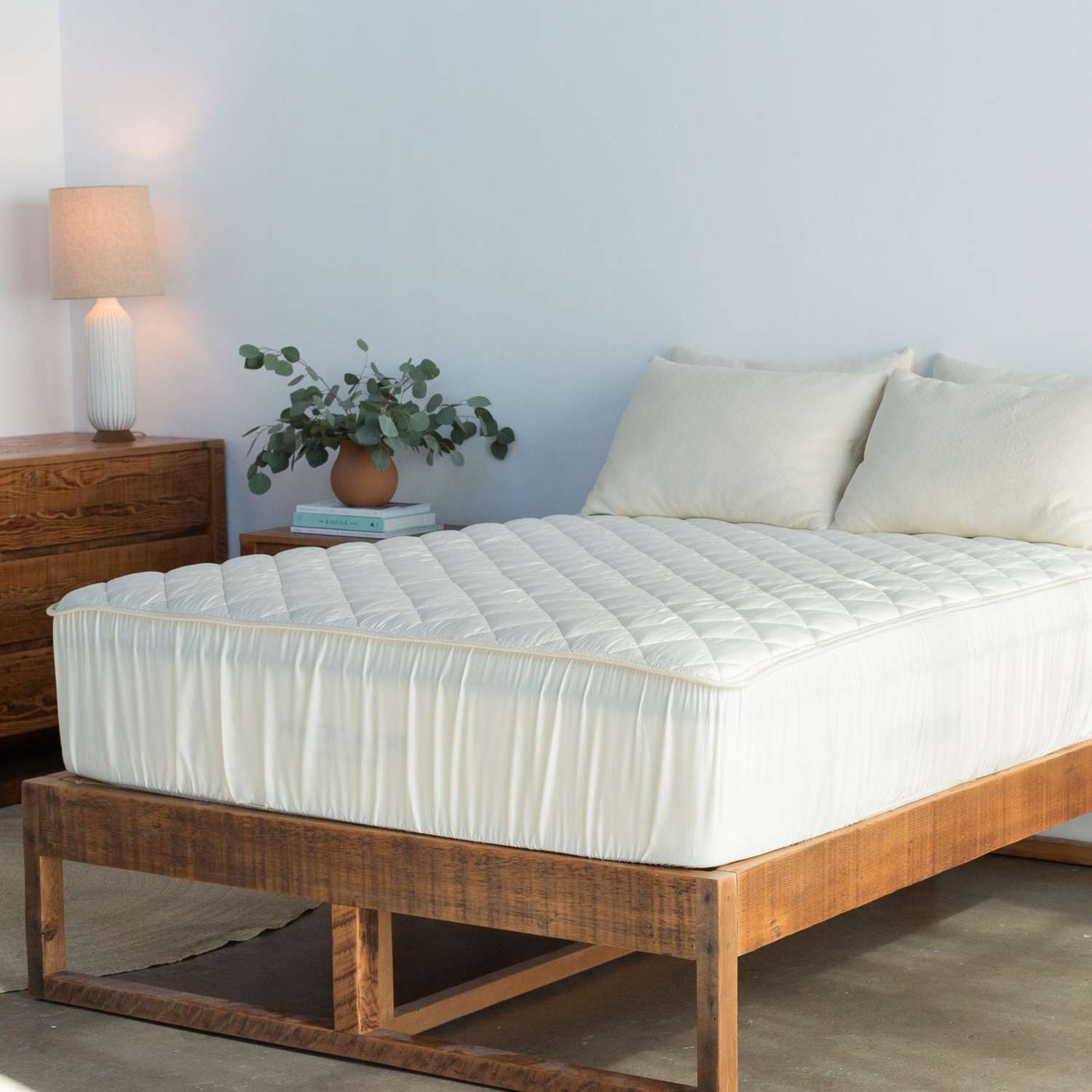 "Another under-the-radar bedding product that might be making you overheat? Your mattress pad! Mattress pads keep your mattress fresh and protected, but they're often made of polyester, which traps heat and can make you uncomfortable even if you have cooling sheets (I've made this mistake before). This one is very expensive, but wow, it's worth it. It's made of organic cotton and is both breathable and comfortable. Unlike mattress pads I've used in the past, this one doesn't make a crinkling sound when I move around, and it actually provides a little bit of padding too." 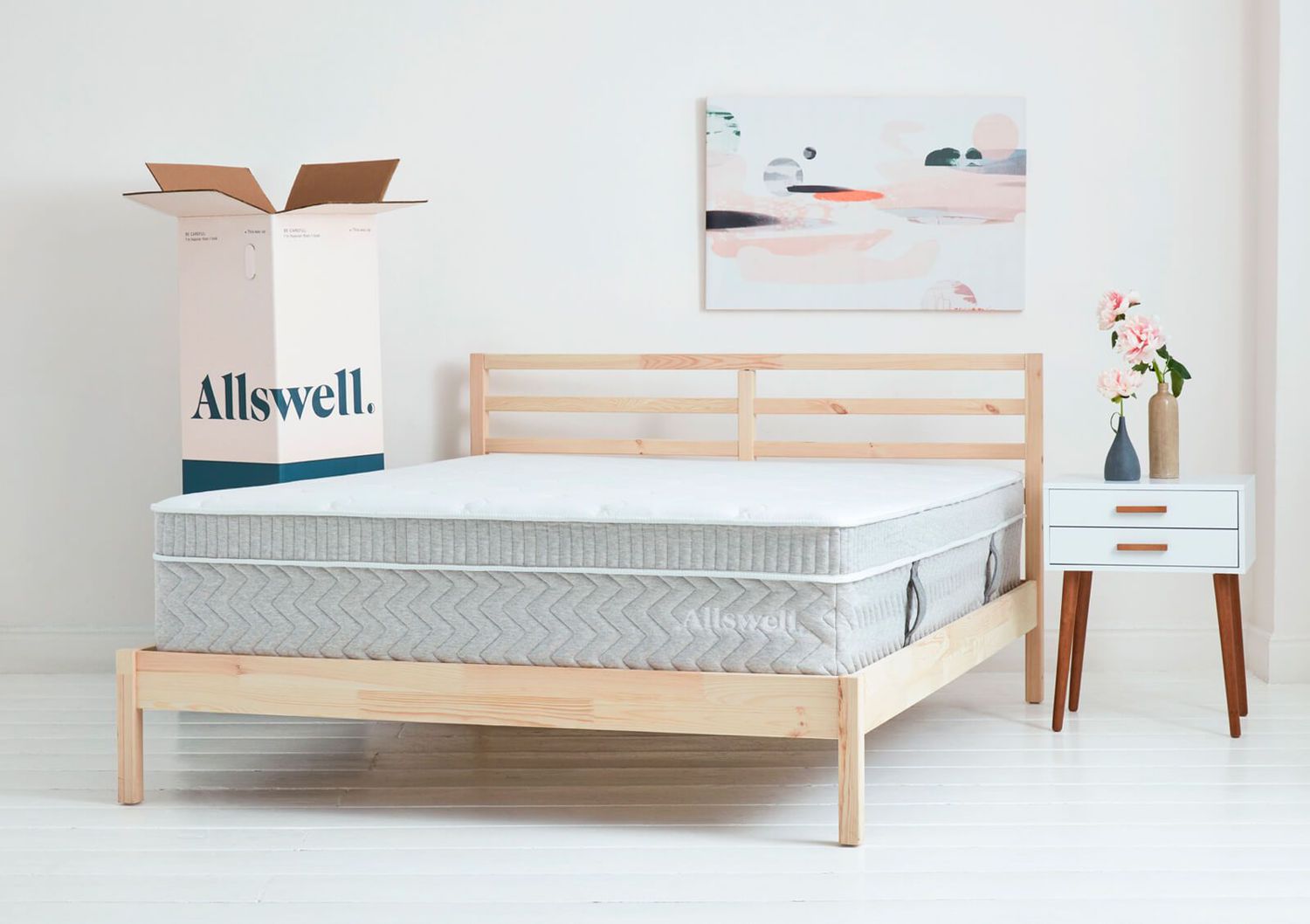 "Memory foam mattresses might be popular, but they tend to trap in heat. If you're a hot sleeper, you should go with either an innerspring or hybrid mattress to help you stay cool. I've been sleeping on Allswell's Supreme Mattress for a few years now, and I love everything about it, from the graphite and copper gel-infused foam to the plush Euro top to the under-$1,000 price tag."