14 of the Most Gorgeous Kitchen Makeovers We’ve Ever Seen 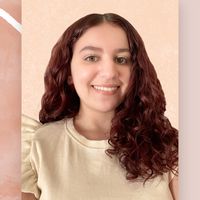 Is there a better room in the home than the kitchen? It is the prime space for making memories around the table, laughing and drinking with friends, and of course, cooking up amazing meals—or reheating them, we don't judge.

We’ve had the luxury of witnessing many flawless kitchen makeovers completed by top designers, thanks to our Makeover of the Week series. Experts are constantly taking dark and drab kitchens to their fullest potential and create dream spaces for clients to cook, gather and enjoy.

Dark and Dated to Bright and Spacious

Designer Mindy Cheng worked her magic on this cramped and dated kitchen. Her client was a talented food and lifestyle photographer and planned on using the new kitchen as a setting for her projects—which meant it had to be perfect.

“The kitchen in this 1970’s Mediterranean revival was tightly configured, closed off from the dining and living areas, and about half its present size," she said. "After getting to know the clients, I learned they loved to cook and spend a lot of time in the kitchen. Knowing this, I set out to create a kitchen that was open with lots of great light.”

The kitchen now boasts tons of natural light and plenty of spaces to snap the perfect photo.

An Aging Kitchen Becomes an Ultra-Modern Purple and Silver Space

This kitchen went from aging to completely timeless in this dramatic makeover. Interior designer Aparna Vijayan took on the challenge of redoing the kitchen with a futuristic color scheme and textural inspiration in mind.

“I wanted to create a glamorous kitchen so the homeowners, both busy doctors who work long hours, could spend their down time entertaining friends and family in a modern yet efficient space,” Vijayan said. "There’s an island for food prep along with a peninsula where their three kids can eat or do homework.”

From the gold orb lighting to sleek bar stools, this kitchen is now catapulted to the 21st century—and beyond.

Those beige tiles have seen better days, and designer Marika Meyer couldn’t agree more—she was determined to breathe life into this kitchen space.

“My goal was to add light and fun to this space,” she said. “We installed bright white cabinets and added interest by carrying the glossy subway tile backsplash all the way up the walls. Adding pops of Kelly green and navy blue created a clean and preppy look.”

A fresh white and green color palette makes this space crisp and vibrant, and timeless details like subway tile, quartzite countertops, and lots of natural lighting will keep this makeover long-lasting.

Tiffany Mansfield and Lisa O’Neil of Mansfield + O'Neil had the challenge of renovating this 1930s kitchen without compromising the historical integrity of the home's original features, like the original crown molding and doors. But the pair completely opened up the space, turned the former breakfast nook into a sunroom filled with natural light, and updated the design to be bright and playful.

"We incorporated both timeless and modern kitchen materials, including wood, steel, concrete, ceramic and stone and used teal blue, soft green, and creamy hues to give the space a lighter feel," O'Neil said.

Though the original layout of this kitchen needed a major upgrade, the vintage touches gave insight into the original house and provided interior designer Elizabeth Cooper with plenty of pre-reno inspiration.

﻿“Our vision for this project was to create a timeless kitchen reflective of 1916, the year the house was built,” Cooper said. “Classic details, such as a vintage oven, antique light fixtures, board-and-batten walls, a Dutch door, and a beamed ceiling, all contribute to an early twentieth century aesthetic.”

She describes the final space as being “sunny, authentic, and welcoming,” and we couldn’t agree more.

“The kitchen in this 1970’s Minnesota cabin needed some serious updating, with its dark interior, choppy layout, and small windows that hindered the beautiful lake views,” designer Lucy Penfield said about this makeover. “The goal was to create an open space that embraced the outdoors and all of its natural light.”

Penfield achieved exactly what she intended, opening up the kitchen space, adding tons of windows, and revealing a bright and spacious room that her clients adored. Furniture with clean lines and earthy colors tie the whole look together, and the wooden cabinets give a fresh take on the wooden paneling of the '70s..

The owners of this 1902 Victorian home wanted a major upgrade to their kitchen—without sacrificing the historical integrity of the home. That's why designer Jean Stoffer was perfect for the job: her approach to design integrates modern and timeless elements, and she couldn't wait to get her hands on this project.

“The new kitchen is filled with light, thanks to its three original cathedral-shaped windows,” Stoffer noted. “We added ceiling beams to create visual interest, neutral-colored cabinets to keep things timeless, and a black, white, and brass colored mosaic backsplash to add some color and amp up the design.”

Never say never when it comes to completing a huge kitchen makeover—if you are interior designer Crystal Nagel. “The realtor who listed the house noted it was ‘wrecking ball ready,’ but I had a vision that didn’t include knocking it down,” Nagel said. “Instead, we completely transformed the house. What was once a dark and completely basic-looking kitchen became a bright and open space that has become the family’s hub.”

This kitchen is now full of visual interest, with a clean, crisp black and white theme, 200-year old natural wood kitchen table and vintage cane chairs, and longhorns hanging above the range.

The transformation in this kitchen is truly jaw-dropping. What once was a wallpapered and oak kitchen lost in time was transported to a modern and clean design that will remain timeless thanks to designer Linda Granert.

"The kitchen was literally stuck in a '60s moment with its fruit-patterned wallpaper, maple cabinetry, formica counter tops, original appliances, and linoleum floor," Granert notes. "I needed to make it more functional for this active and young family.”

Crisp white cabinetry and discreetly hidden fridge will make the design of this kitchen last for years to come with the addition of pops of color, like those amazing red stools.

From Dated and '80s to Crisp and Nordic

“The kitchen in this Santa Monica Craftsman bungalow was last updated in the '80s using dark shellacked oak wood cabinets and laminate counters,” interior designer Natalie Myers said about this renovation. “The new, present-day homeowners wanted to create a brighter and lighter space, one that would include a dining area and a connection to the living and outdoor areas.”

And she delivered just that: a fresh and clean kitchen design with shaker-style cabinetry, a soft color palette, and high-end appliances. The look is minimal and Scandinavian, letting in plenty of light and creating a kitchen the owners are excited to gather in.

An Outdated Kitchen Goes From Drab to Fab

Interior designer Tiffany Brooks knew this kitchen was in desperate need of a makeover. “There wasn’t much to love in this gloomy '70s kitchen with its brown cabinets, laminate countertops, outdated peninsula, and its lampshade masquerading as a pendant,” she said. “It was depressing enough to make anyone want to eat out.”

After working her magic, Brooks created a space that is now bold and modern with a black and gray color scheme, hexagonal backsplash, and luxe metal finishes.

A Kitchen With Good Bones That Now Looks Even Better

Designer Andrea Britt Pietragallo began working with a Georgia family on this kitchen after they moved in to their dream home. The integrity of the kitchen was great, but the style needed to be refreshed to fit the family's needs.

“The family likes to eat their meals at the island, so it had to be large enough to fit everyone,” notes Pietragallo. “The new charcoal gray island, with its extra thick 3-inch marble countertop, is the show stopper in the room.”

An Inspiring Upgrade to This Retro Kitchen

This kitchen makeover is so breathtaking, we did a double take at the before and after. The original structure of this retro kitchen remained in the remodel, but now, it feels lively and fresh with the help of interior designer Elsie Larson.

“Our home was built in 1972 and still had the original kitchen when we purchased it. I can understand how some people would have wanted to preserve the look, but for us, a fresh start was the right choice,” Larson said. “We usually repaint and reuse as much as possible when renovating, but we took this one down to the studs and started from scratch on a relatively modest budget. In the end, it's modern—but not too modern—and can be changed up throughout the seasons by adding color wherever we’d like.”

The final look is an all-white clean slate with hints of mint green for a playful look, open shelving filled with décor and plants, and tons of midcentury personality.

“Most midcentury modern designs feature an open floor plan—but not this one,” interior designer Amy Elbaum joked about this kitchen remodel. “The '60s kitchen had an intruding peninsula, and once that was eliminated, I needed to figure out how to add back the lost seating.”

Elbaum instantly modernized the space with black and white accents and let in lots of lighting to the kitchen. The nook now features a Scandi-inspired wooden table and chairs and a functional bench for additional seating.