There's One Word to Describe This Sunny Yellow Playroom: "Happy"

If the way we decorate sets the mood of a room there’s one word to describe the emotion this sunny playroom elicits at first glance: “happy.” The light-drenched ivory-and-yellow sanctuary belongs to Lauren Gores Ireland, co-founder of clean beauty brand Summer Fridays, and her 1-year-old son, Evan. “You know a room is special when you never want to leave,” she tells MyDomaine of the playroom, which used to be a formal dining room.

Gores Ireland enlisted the help of Homepolish interior designer Melanie Burstin to breathe life into the little-used dining room—and boy, did she nail the brief. “Lauren and I were on the same page from the get-go,” says Burstin. “We discussed a space that felt minimal and Scandinavian, but also vintage and not cold. To me, this means soft tones and natural materials.” Take a look inside Lauren Gores Ireland’s gorgeous new playroom, a sunny space that exudes good vibes.

The five-bedroom house in L.A.’s Holmby Hills neighborhood is a family home in the best sense—every room is functional and designed to be used by Gores Island; her husband, Jake; and baby Evan. “Our home is traditional while still feeling youthful; Every space is meant to be used, so we’ve added a lot of cozy accents to each room!” she says.

Gores Ireland decided to transform the room that originally served as a formal dining room into a space they’d use every day. “We use the playroom so much more,” she says. “I don’t think we’ll ever have a formal dining room again. Who wants a room you only use once a year?” 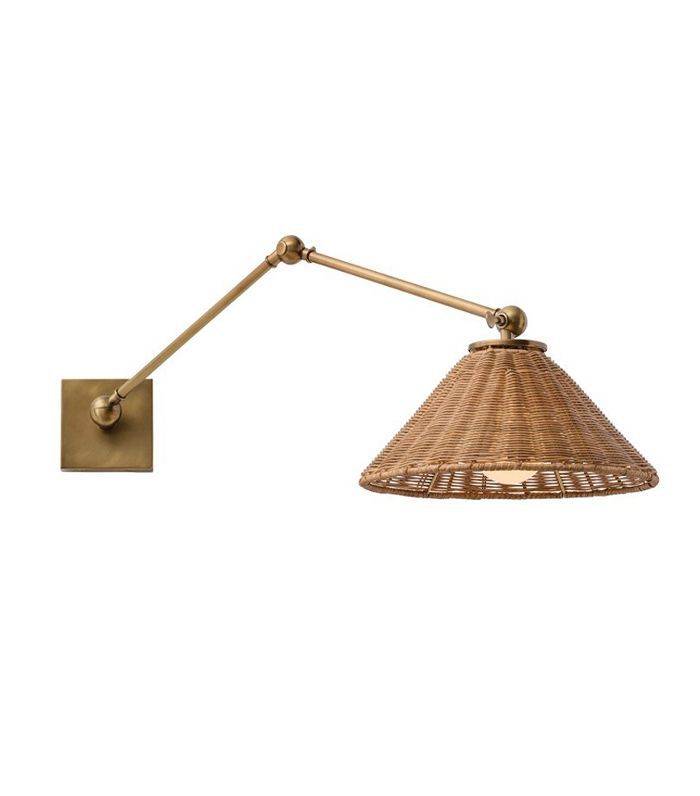 Once the original dining room furniture was removed, Burstin got to work. “The room was a blank canvas! A blank canvas that had gorgeous doors and herringbone flooring, of course,” she says of the home’s stunning architectural details.

Burstin’s brief was simple, but it gave her creative freedom: “My goal for this space was to create a playroom that was really functional while still feeling just as chic as the rest of the house,” she tells us. “Lauren’s aesthetic is chic yet comfortable. Her home has a lovely balance of feeling pulled together yet inviting and cozy”—elements that can also translate well to a child’s space.

The only other directive was to maximize hidden storage to keep clutter at bay. “I needed storage for the ever-growing amount of things kids accumulate!” says Gores Ireland. 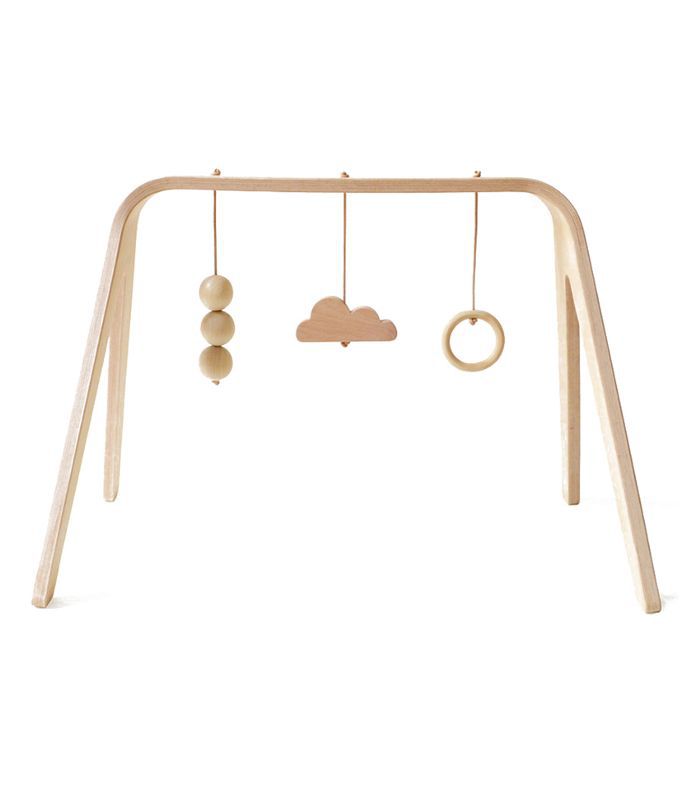 While the playroom is perfect for Evan’s current needs, Burstin also wanted to ensure the 1-year-old wouldn’t outgrow the space. “Since Evan was so young when we first started designing the nursery, we didn’t have to worry about him speaking up, so to say.

“Instead, Lauren and I thought about how the room would need to function for Evan in the years to come, and designed designated areas for him,” she explains. “We created a daybed that hid his toys and also acts as an area to lounge and read books, [and] an arts-and-crafts table for him to grow into. Then there are some floor toys that are more his current style.”

She was also careful not to overstyle and crowd the room, knowing that Evan will accumulate more toys and games as he grows. “The day we shot the playroom was only a few days after Evan’s first birthday, when he received a big-boy balance bike as a present. He’ll definitely be growing into that, among a few other details in the room,” she says. 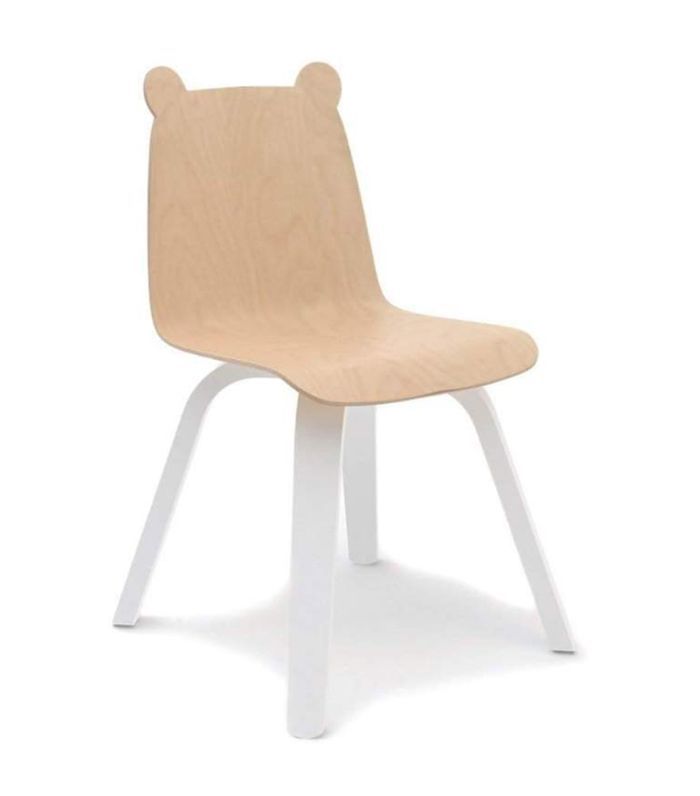 One of the first things we noticed about the space was the large ornate windows, which flood the room with natural light. Bustin was sure to choose furniture that complemented the style of the playroom without competing for attention. Oeuf Bear Play Chairs added a touch of playfulness while adhering to the room’s relaxed Scandinavian style. 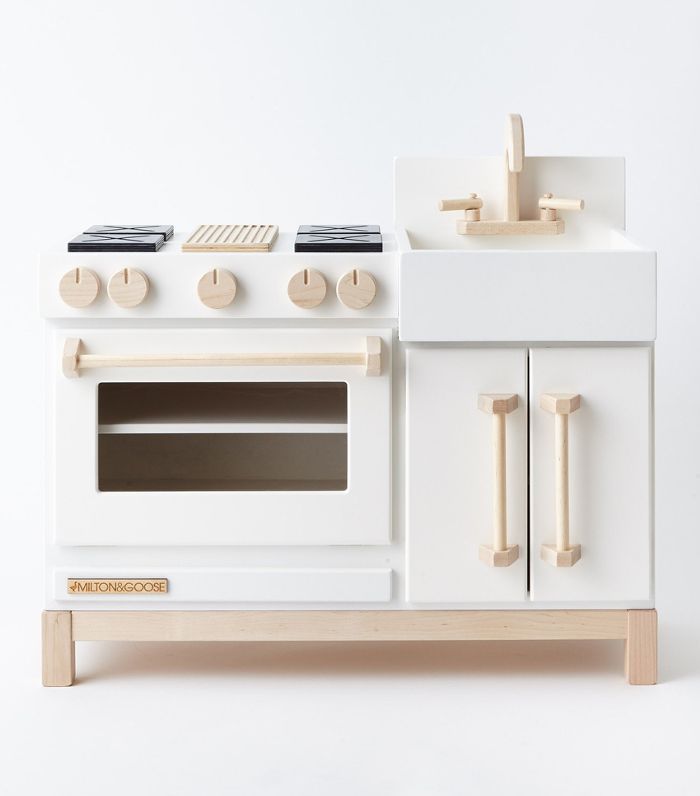 “I really love all the neutral toys we found including the amazing play kitchen,” says Burstin. “Evan definitely has some colorful toys, but we were able to source some that the adults don’t mind looking at as well! This way his brighter toys can live in the closet when Evan’s parents want the room to feel more cleaned-up and calm.” 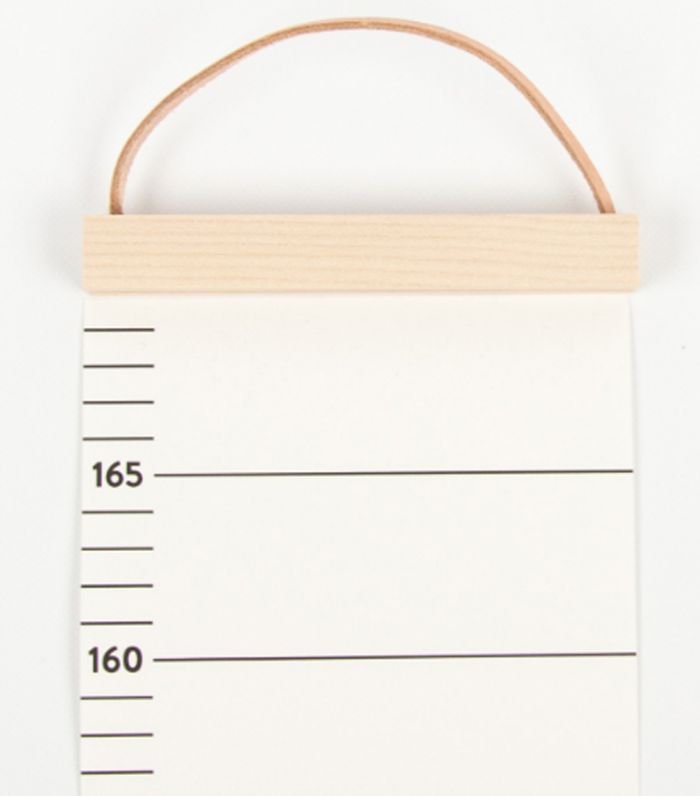 Now that the design is completed and the furniture in place, it’s time for the real test: What do Evan and his mom think of his new playroom? “We never want to leave!” says Goes Ireland of the gorgeous space. “I think it’s the perfect space for him to grow into and truly make his own over time.” No doubt he’ll love it for years to come.