These 15 Layout Mistakes Are Making Your Room Look Cheaper

While rearranging the furniture in any room throughout your home may seem like a no-brainer, there is actually a plethora of layout mistakes that you could be making along the way. Even though we typically subscribe to the notion that there are no strict rules when it comes to interior design, according to a few experts, there are some common missteps that can quickly make your home look and feel a bit off.

It could be something as simple as picking the wrong size rug for the living room or something as blaring as wasting precious square footage in the kitchen with a layout that doesn't allow you to make the most of your space. Whatever the errors may be, there are ways to fix them without too much hassle. All it takes is a little rearranging and perhaps a few small upgrades.

Ahead, find out the 15 layout mistakes that make interior designers cringe and learn exactly how to remedy them.

The Quick Fix: “You hear it time and again from all designers: don’t buy too small for your room," Nix says. "If you’re floating your furniture, make sure both front and back legs of your sofa fit on the rug, with space left around the perimeter. If your sofa is against a wall, make sure the front legs of all your furniture is placed on the rug,” she advises. 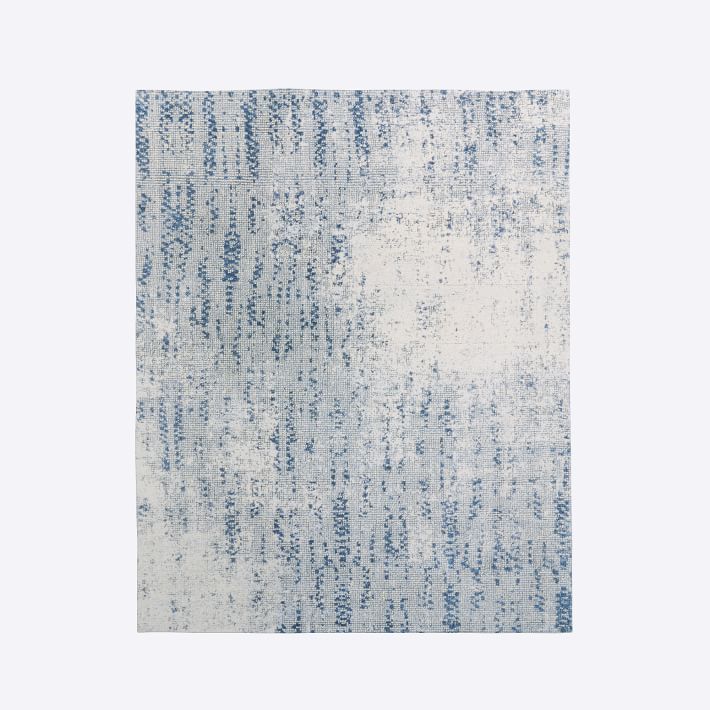 Common Mistake: “In older homes, specifically, living rooms were often designed with equally important views of the front/back yard on one wall and a fireplace on another," Elite Decorist Designer Becky Leu explains. "Unsure of what to do with this, many families will focus their furniture layout on just one of those walls, ignoring the other direction,” the designer notes.

The Quick Fix: “To resolve this, an L-shaped sectional can quickly frame the two opposite sides of the room, focusing the seating towards a dual focal point that features both the fireplace and the view to the outdoors,” Leu suggests. 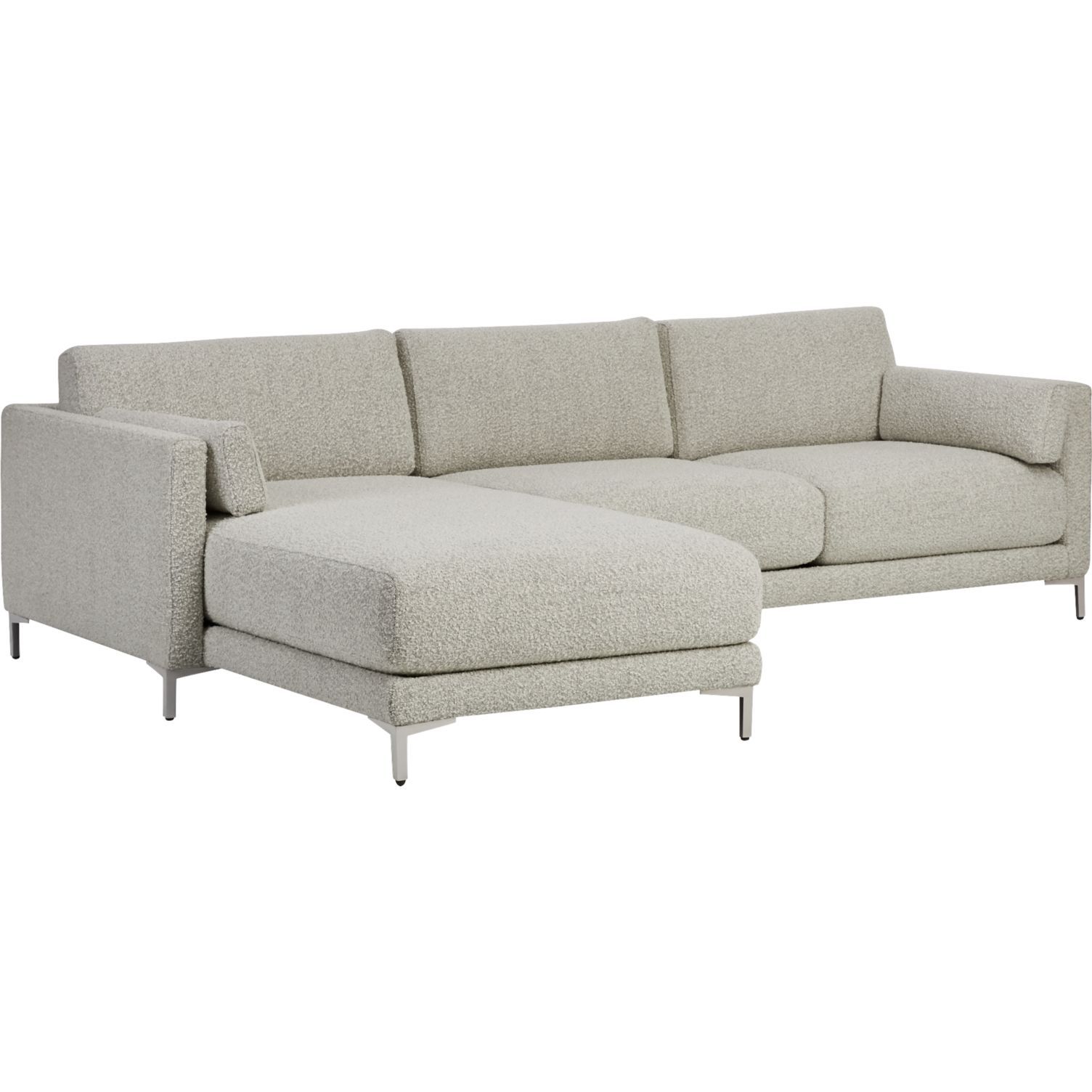 Common Mistake: “A common layout mistake I see people making with their living room is having all the furniture pushed up against the walls,” says Elite Decorist Designer Mikayla Keating.

The Quick Fix: “While there are certain furniture pieces that need to be near the wall, floating your sofa or accent chairs more towards the center of the room will help the space feel more inviting," according to Keating. "Your sofa can create another wall in the room, which can give the illusion that your space is larger. Make sure you are choosing the correct size of furniture as well to give the room ample space for walking and everyday use,” she recommends. 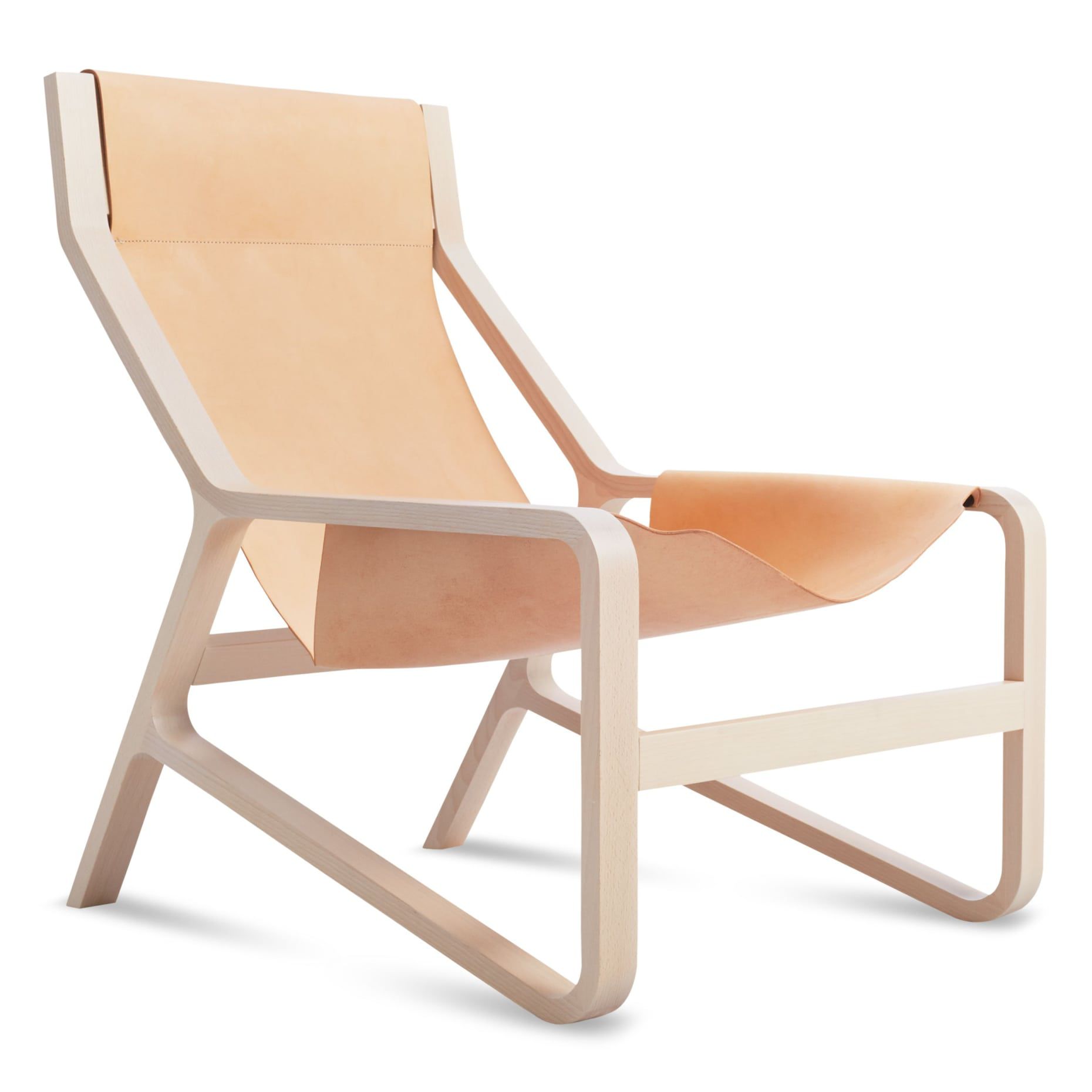 Common Mistake: Wasting space in the kitchen is a common layout mistake, according to Nix.

The Quick Fix: “Max out kitchen storage," she suggests. "Add narrow shelves in awkward nooks for cookbooks, or, if you’re lucky enough to design your own kitchen, install hidden storage in toe kicks at the bottom of your cabinets.” 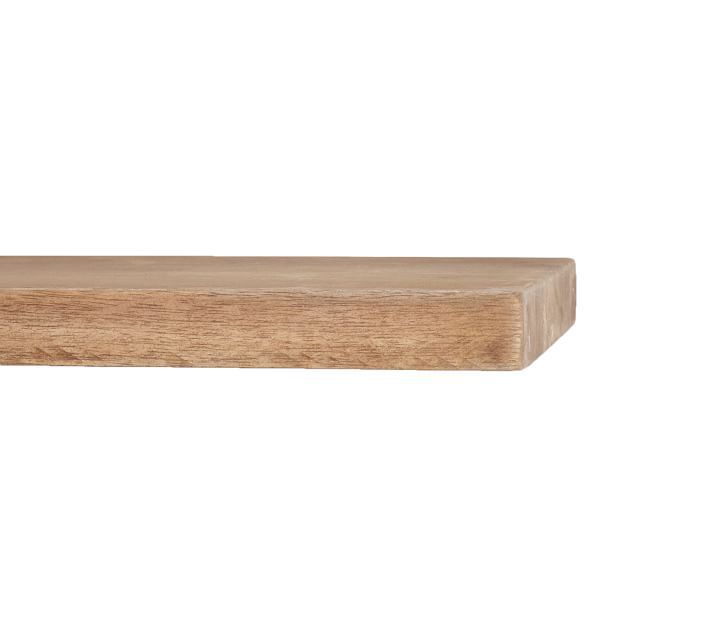 Common Mistake: “Kitchen islands now commonly house the kitchen sink," according to Leu. "But this doesn't bode well for the dish towel that has no wall space or upper cabinetry for a hook," she continues. "No one wants to walk around the kitchen with dripping hands or lay the towel down on the counter.”

The Quick Fix: "Simply place a hook or bar on the interior of your sink cabinet to hang a dish towel, keeping it both accessible and out of the way,” Leu offers. 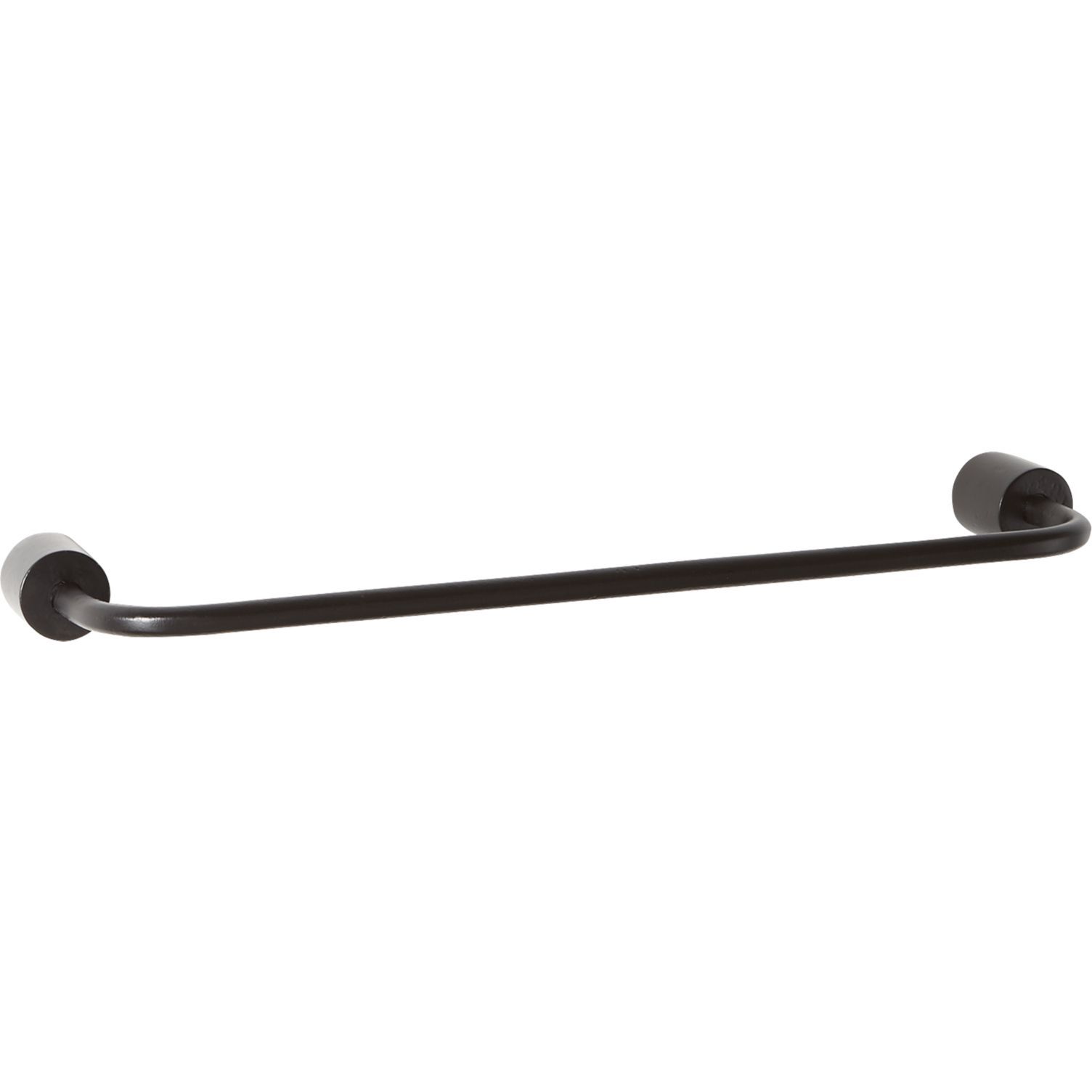 Common Mistake: “A common layout mistake I see is not having adequate lighting," Keating points out.

The Quick Fix: “While beautiful pendants over your island and sink look amazing, it is good to incorporate recessed and under cabinet lighting to give the kitchen proper light when you are cooking or prepping food,” she notes. 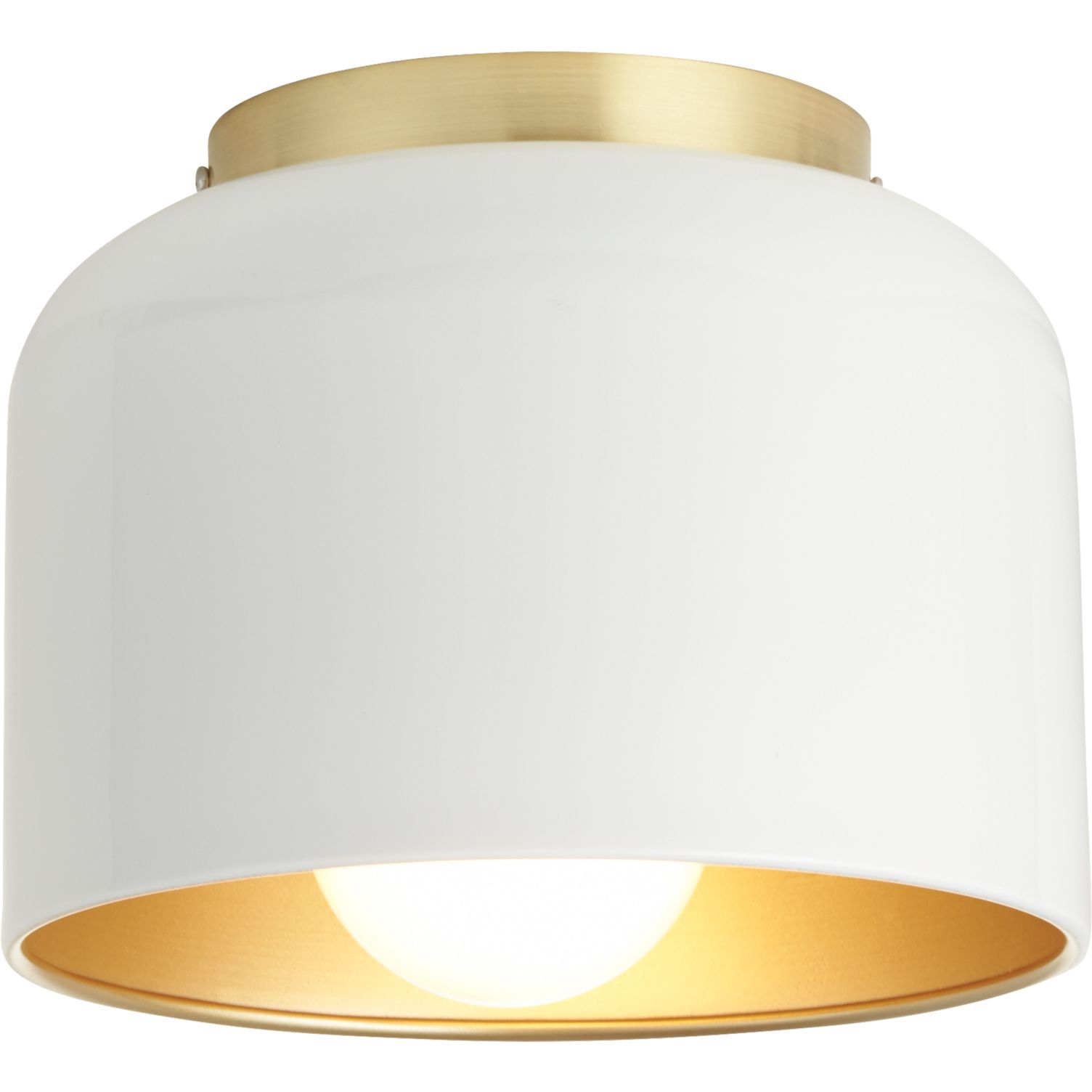 Common Mistake: Using a pair of bulky lamps on each side of the bed is a layout faux pas, Nix says.

The Quick Fix: “Make use of valuable wall space by adding sconces as an alternative to lamps," the designer encourages. "There are terrific choices out right now, even plugins when hardwiring isn’t an option,” she adds. 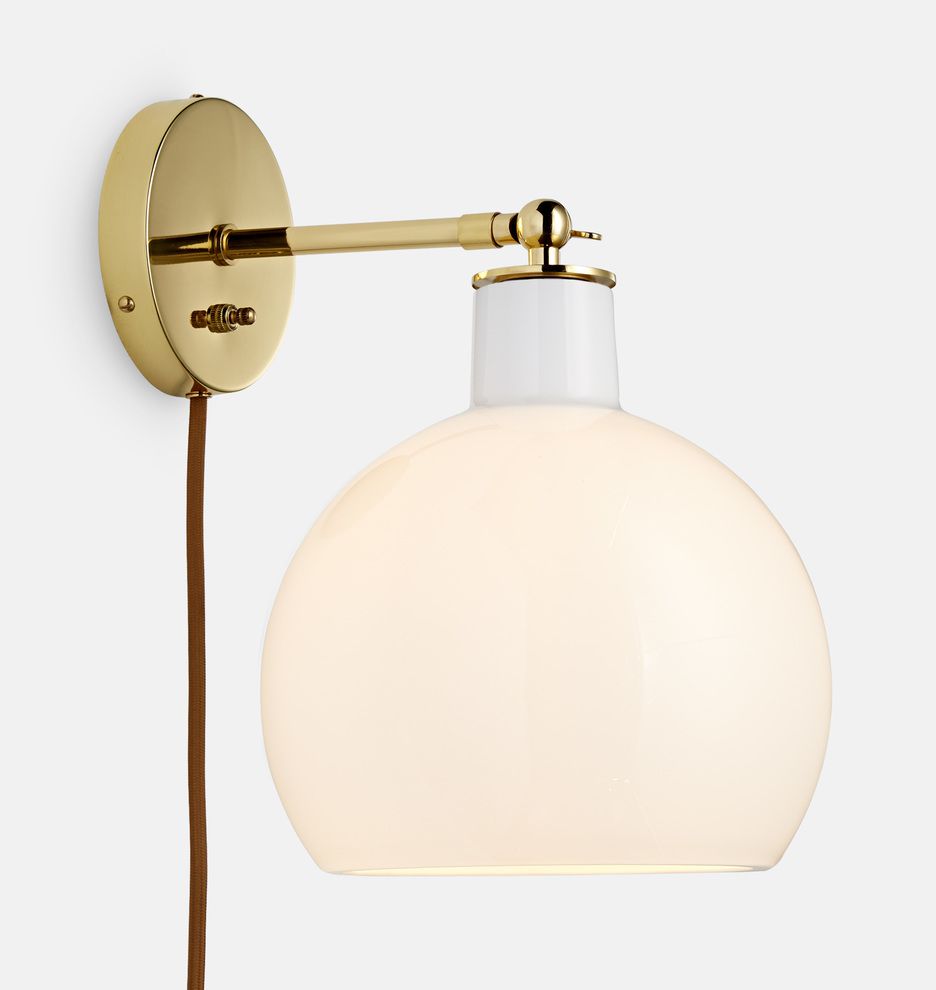 Common Mistake: “About 90% of the rugs I see used under beds are much too small for the bed they're under," according to Leu.

The Quick Fix: “If you have a queen bed, I recommend at least an 8'x10' rug underneath, and a 9'x12' rug for a king bed," Leu notes. "Lay the rug perpendicular to the length of bed— no more than one foot away from the nightstands," she advises. "There should be plenty of soft, cozy rug for you to step onto from the second you get of bed, all throughout your walk to the other side when you're re-positioning pillows and blankets.” 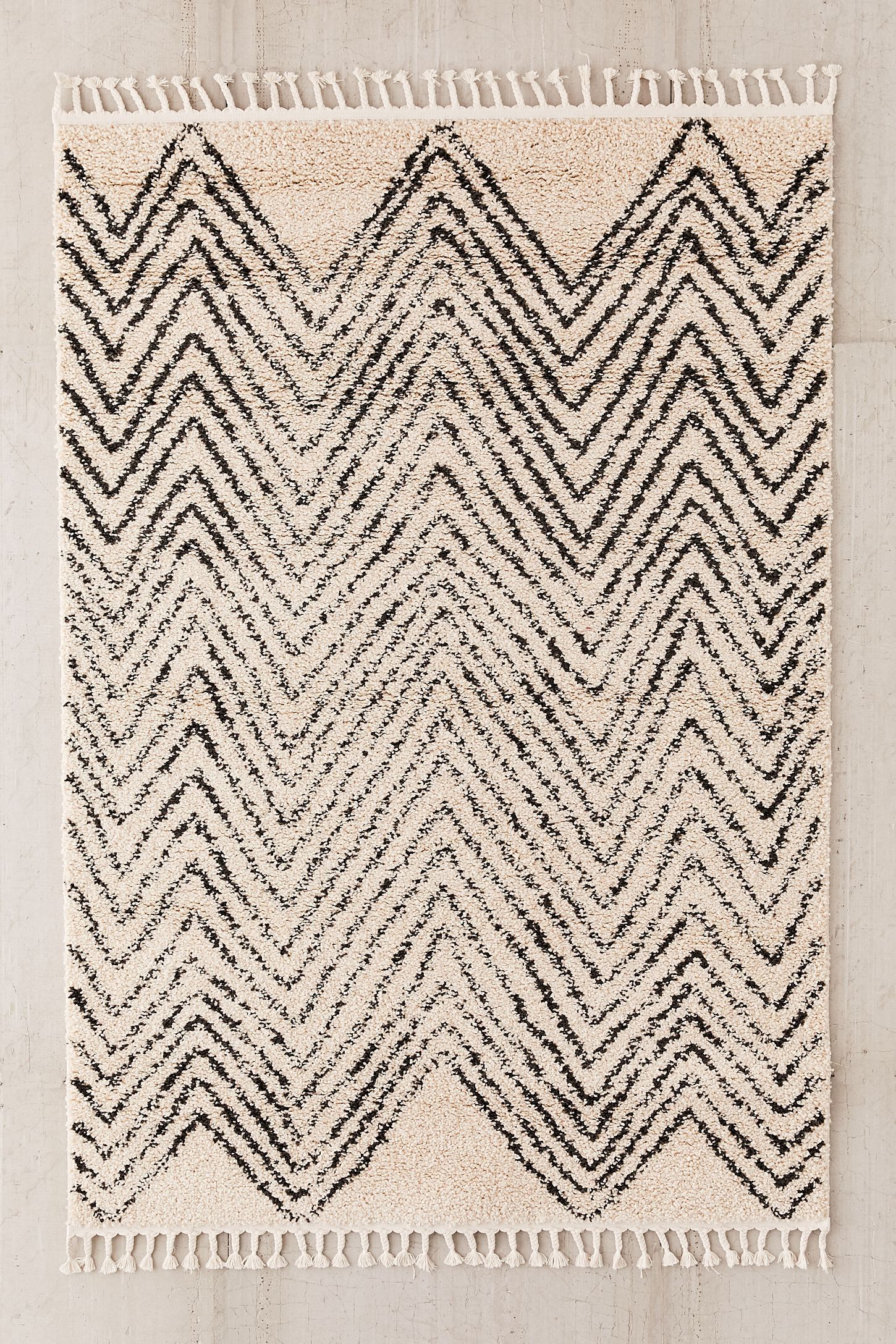 Common Mistake: “The most common layout mistake I see in bedrooms is having too large of bed for the room," Keating says.

The Quick Fix: “When purchasing a bed for your space, make sure there will be ample walking room on either side as well as space for storage furniture," the designer explains. "Having too large of a bed makes your room feel cramped, even if the room is a good size,” she points out. 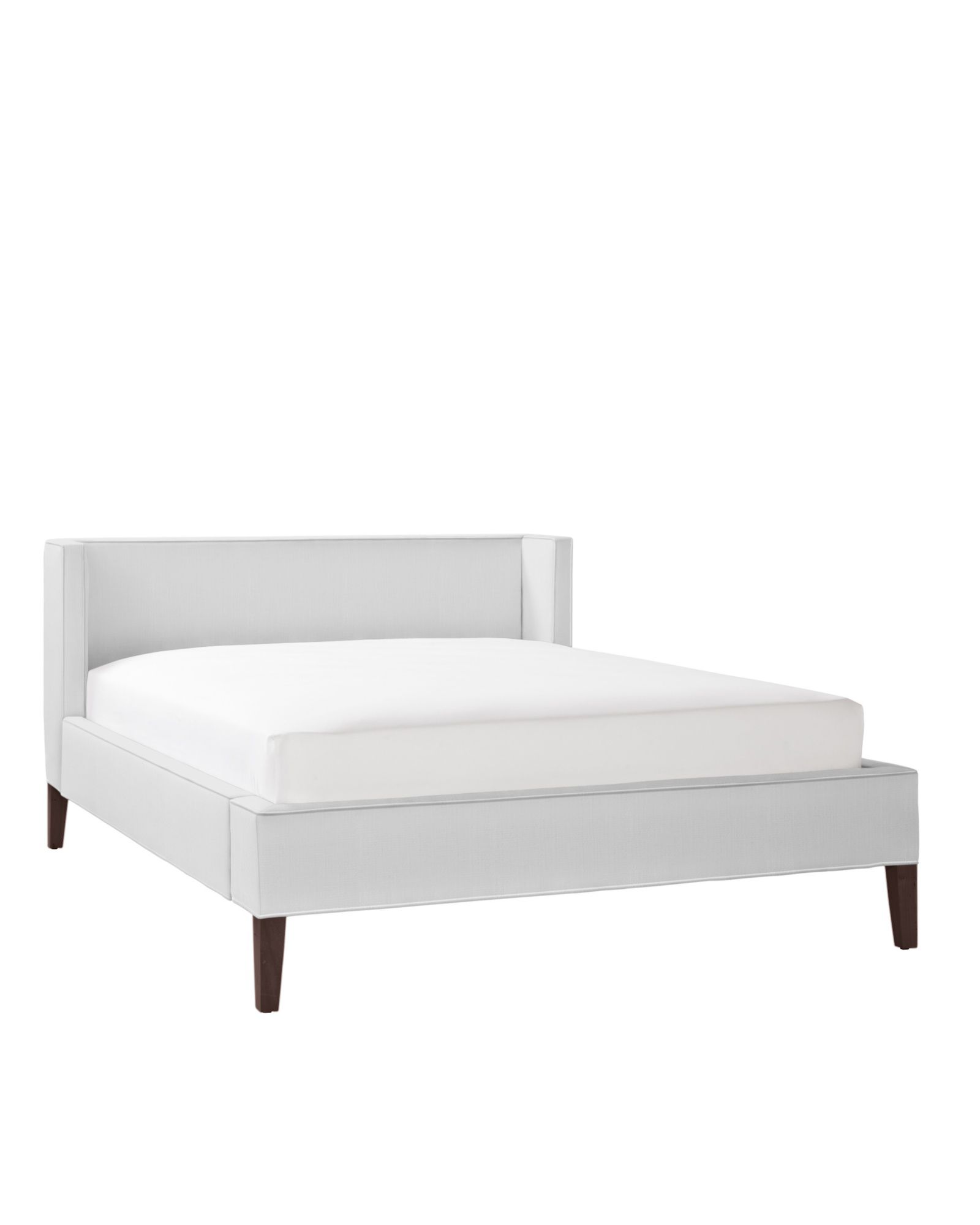 Common Mistake: Especially in a smaller bathroom, installing a vanity can take up too much floor space, according to Nix.

The Quick Fix: “If possible, design your bathroom with a wall mounted sink to keep the floor space clear. A floating sink will help the room appear larger,” the designer says. 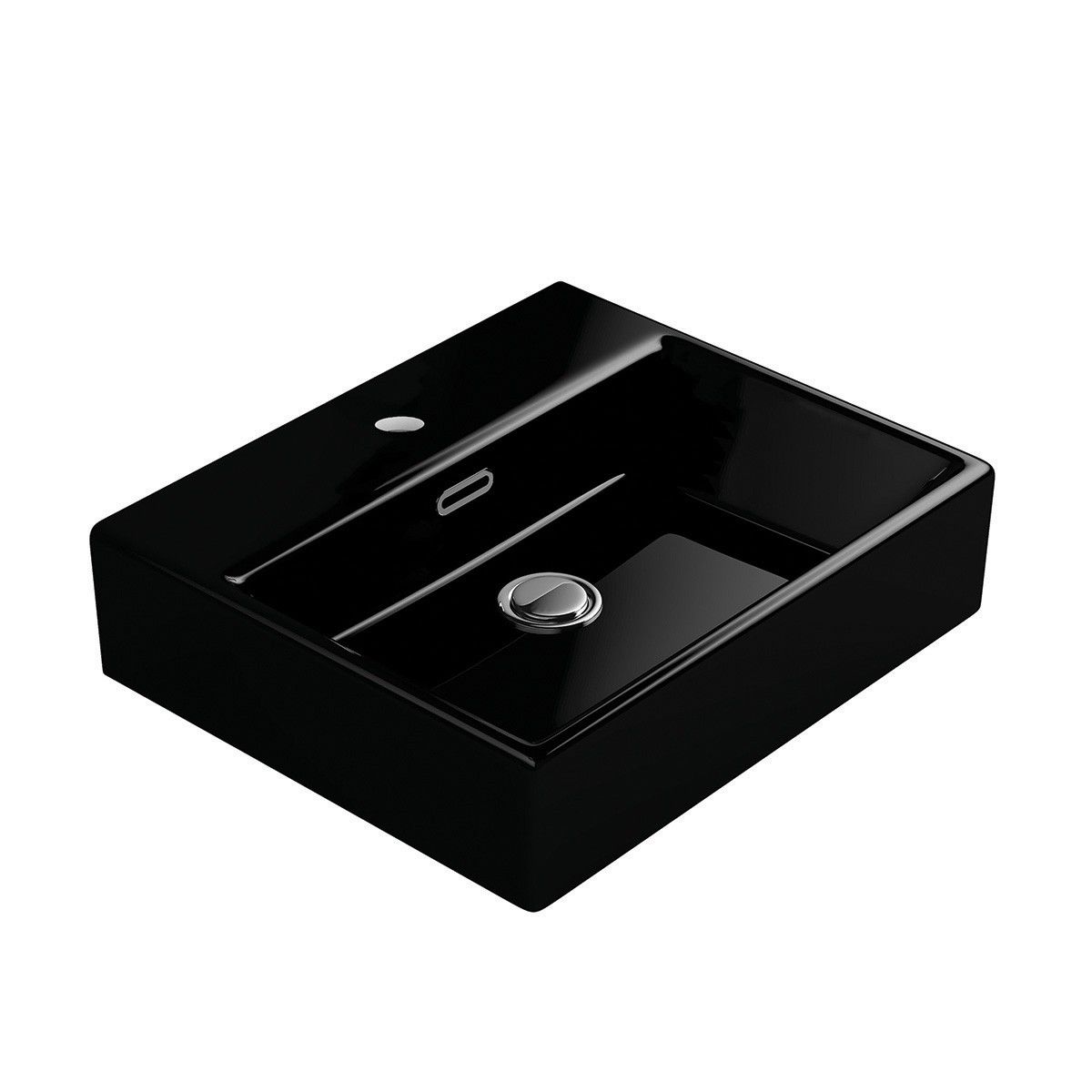 Common Mistake: “Homeowners will often place towel bars, towel rings, and towel hooks where they look best, rather than in a spot that's convenient when using the space,” Leu points out.

The Quick Fix: “Luckily, towel bars, etcetera, are simple and easy to add, remove, or move," the designer notes. "So once you've lived in the space long enough to know where you need your towels most, you can make quick changes to fix this problem," she says. 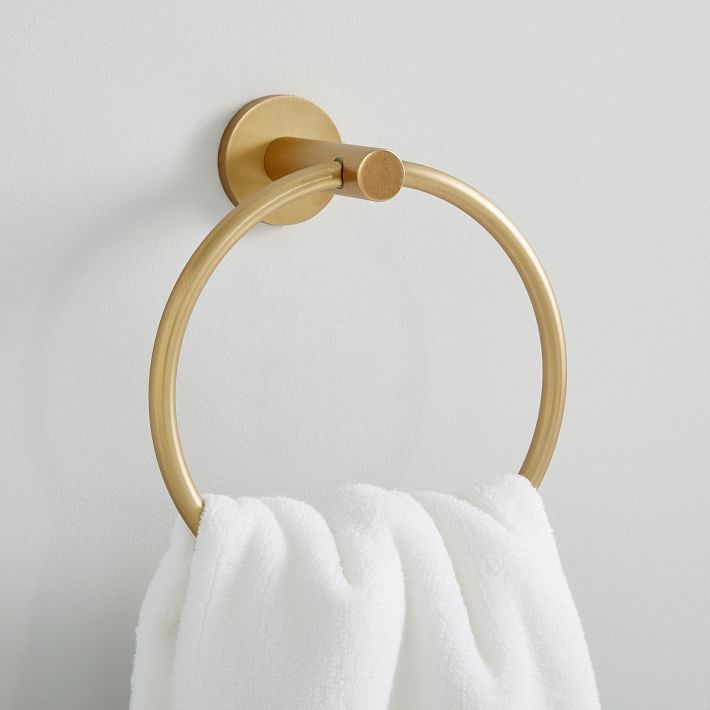 Common Mistake: “The most common mistake I see with bathroom layouts is trying to squeeze too much into the space," says Keating.

The Quick Fix: “When designing a bathroom, make sure you think about having easy access to all the amenities and that it is easy to maneuver,” she recommends.

Common Mistake: Having too much furniture in your living room can be a major layout mistake, Nix points out.

The Quick Fix: “Keep the room minimal but exciting by using dynamic art, a table and chairs, and a fun light fixture," the designer suggests. "We rarely need a buffet to house china or a hutch to store linens—we can get away with much less in a dining room,” she says. 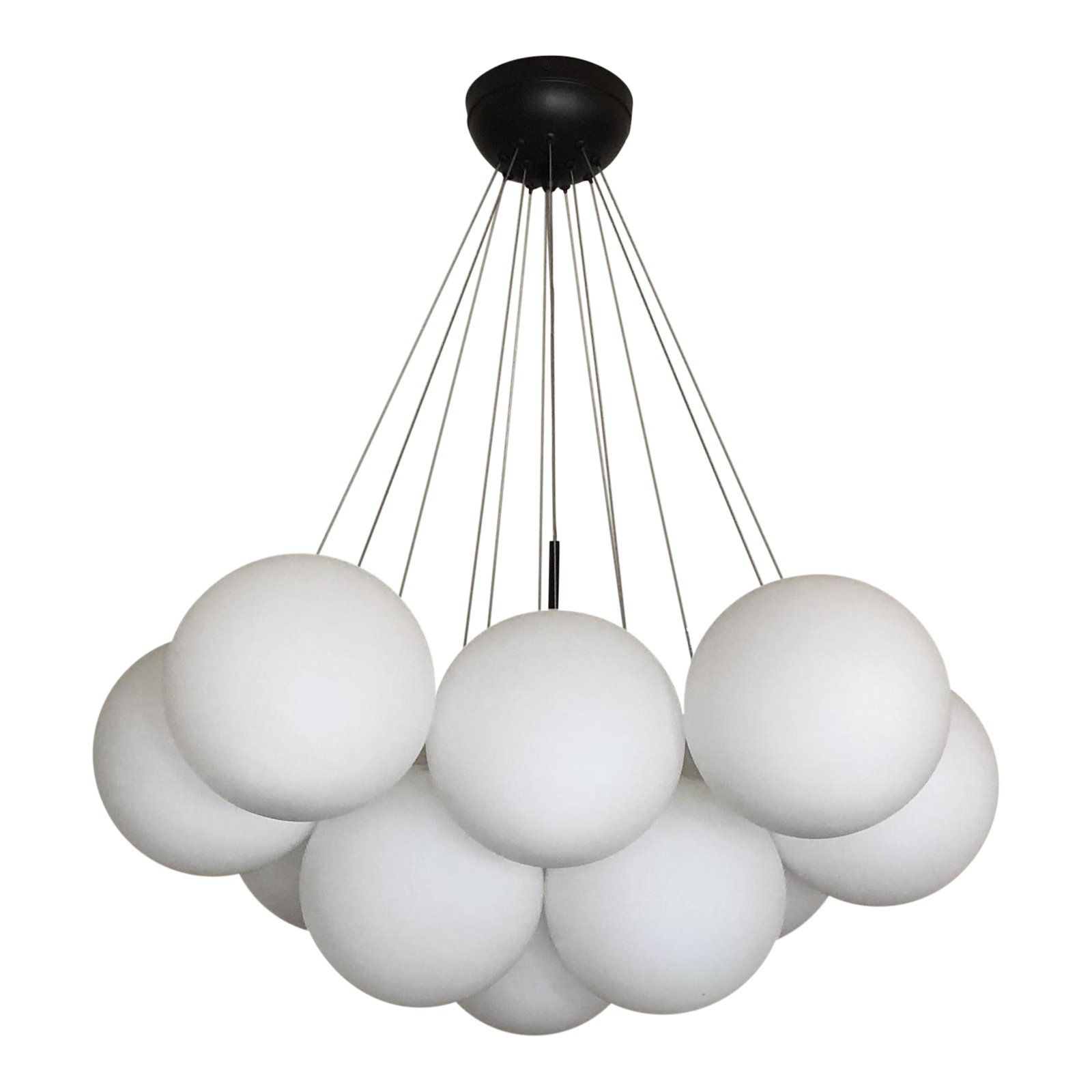 Common Mistake: “It's very common to underestimate how much space there needs to be for traffic around a dining table,” according to Leu.

The Quick Fix: “To avoid this issue, consider the width of your dining set when all the chairs are pulled out from the table—not when they are pushed in,” she advises.

The Quick Fix: “When choosing a rug for your dining room, make sure all chairs can fully sit on the rug even when pulled out a bit," the designer urges. "Having too small of rug can make your dining set look not proportionate. Plus, it can get in the way when scooting the chairs in and out,” she adds. 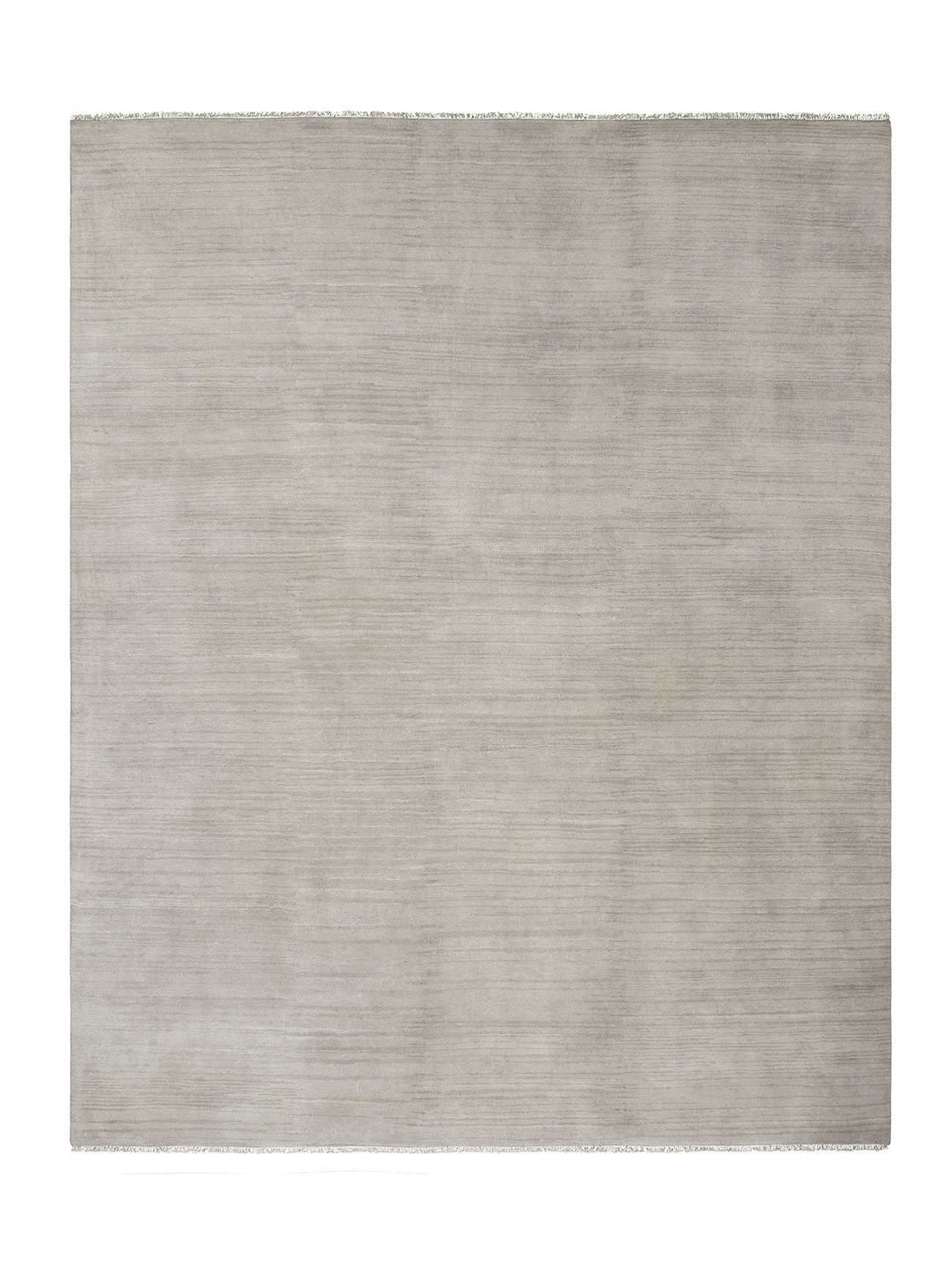 Next up: How to arrange your living room, no matter the size.