The Only 8 TED Talks You Need to Watch

Did you know that freedom of choice is often the enemy of happiness? Or that without disagreement, there can be no progress? Have you ever considered stress to be your friend? Or vulnerability to be your greatest asset? It might not seem feasible at first, but these are a few of the radical questions asked in some of our favorite TED Talks. Interested in learning how? We’ve dissected the revelations of eight thought leaders to provide you with a bank of life hacks. As they say, knowledge is power—or also, in this case, success, longevity, and happiness. What are you waiting for? Start watching now.

In her talk “Dare to Disagree,” management thinker Margaret Heffernan discusses how even though we instinctively want to avoid conflict, it’s actually a central component of progress. When an organization is doing something wrong, individuals find it extremely difficult to be the whistleblower. As humans, we fear going against the grain. Yet once someone voices a concern, others often either have been thinking the same thing or agree with it once it is presented. The people working in organizations tend to call those who disagree with the consensus “leaders,” rather than “outliers.” While open information systems are important, it takes courage for someone to use the information available to disagree with a consensus. However, it is disagreement that creates impact and hones values. 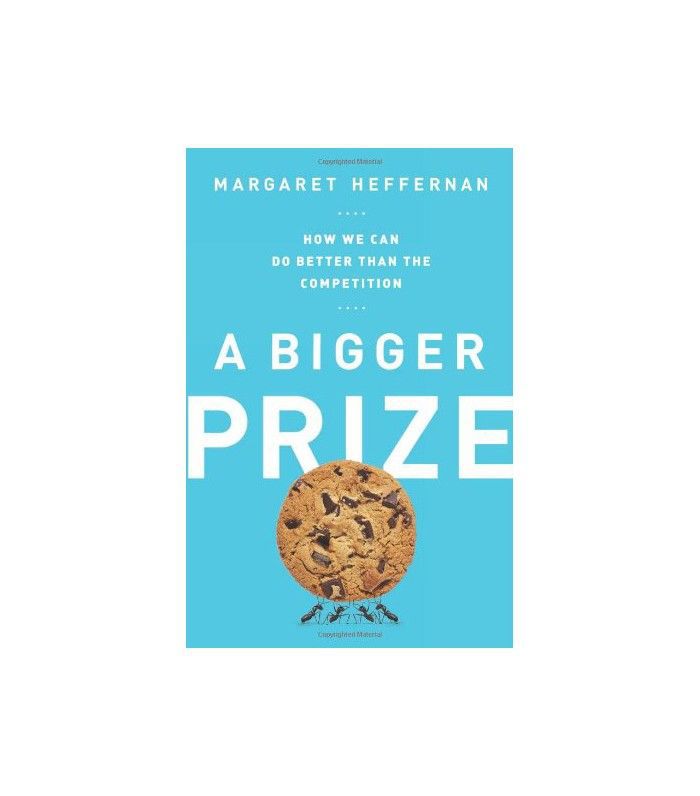 Life Hack: The key to experiencing true joy is feeling connected to people. And to feel connected, you need to get vulnerable.

Brené Brown has spent over a decade studying human vulnerability. As a PhD researcher, Brown admits to finding her vocation because she had an interest in messy subjects but a yearning to make them neat and organized. Unfortunately, throughout the course of her vulnerability research, Brown realized that great joy, meaning, and true love only come to those who acknowledge and embrace their own messy vulnerability and the vulnerabilities of others.

As human beings, Brown articulates in her talk, “The Power of Vulnerability,” we have an intrinsic desire to feel connected. Through her research, Brown discovered that there was only one variable separating the people who felt connected from those who felt alone: having the confidence to be vulnerable. They were able to commit to the unknown—to say “I love you” first, to start a company, to initiate sex. They were confident enough to embrace uncertainty and the possibility of being rejected because they saw their vulnerability as a strength. 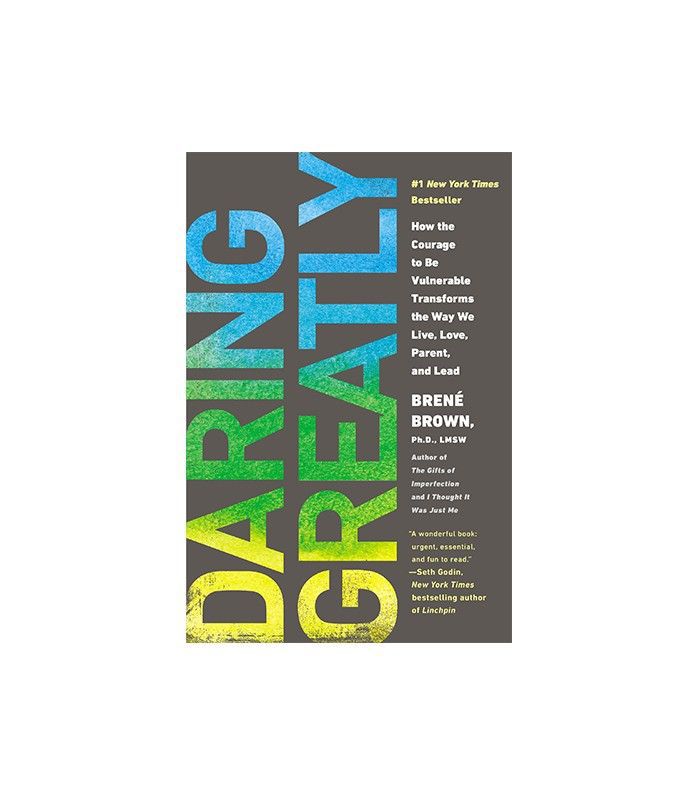 Life Hack: Focus on building up the virtues that will be spoken about in your eulogy, not the qualities you will add to your résumé.

New York Times columnist and best-selling author David Brooks acknowledges two ways we think of success in his TED Talk “Should You Live for Your Résumé… or Your Eulogy?” Résumé virtues, Brooks defines, are the skills you bring to the marketplace. They are the Ivy League university you went to, the analyst position you held at a top financial firm, or the GMAT score you disclosed to prestigious business schools. Eulogy virtues, on the other hand, are the tenants of your character. They are the type of friend you are to others, the relationships you have with your family members, and the reliability you bring to your community. When you die, your eulogy virtues are what the world will miss and what will remain as your most potent legacy—not what was on your résumé. 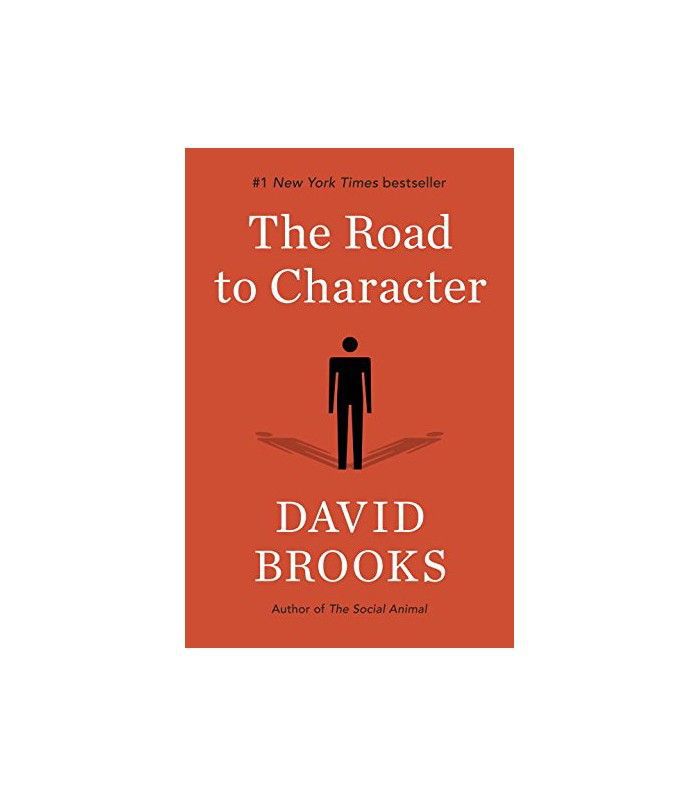 The Road to Character by David Brooks $17
Shop

Life Hack: Swap “casual Fridays” for “silent Thursdays.” In other words, make an effort to give yourself four hours of uninterrupted work time at least once a week for true productivity.

When are you most productive? Is it in the wee hours of the morning? Perhaps late at night or on the weekends? In his talk, “Why Work Doesn’t Happen at Work,” Jason Fried acknowledges that most human beings’ most productive hours are never in the office between the hours of 9 and 5. This is because the workday is shredded into a handful of “work moments”—those precious 15- or 30-minute slices between mandatory meetings, follow-ups, and presentations where workers are allowed to actually get into deep work. Unfortunately, deep work (what we think of as real thinking) doesn’t happen in 15-minute interludes. It happens over long periods of time: i.e., those solitary early morning hours or late nights. It turns out work, like sleep, is phase-based. If you’re interrupted in the early phases, you don’t pick up where you left off. You start over.

If you can’t work from home, advises Fried, try encouraging your office to opt for a silent afternoon or workday on a regular basis. “Four hours of quiet time at the office is incredibly valuable,” says Fried. 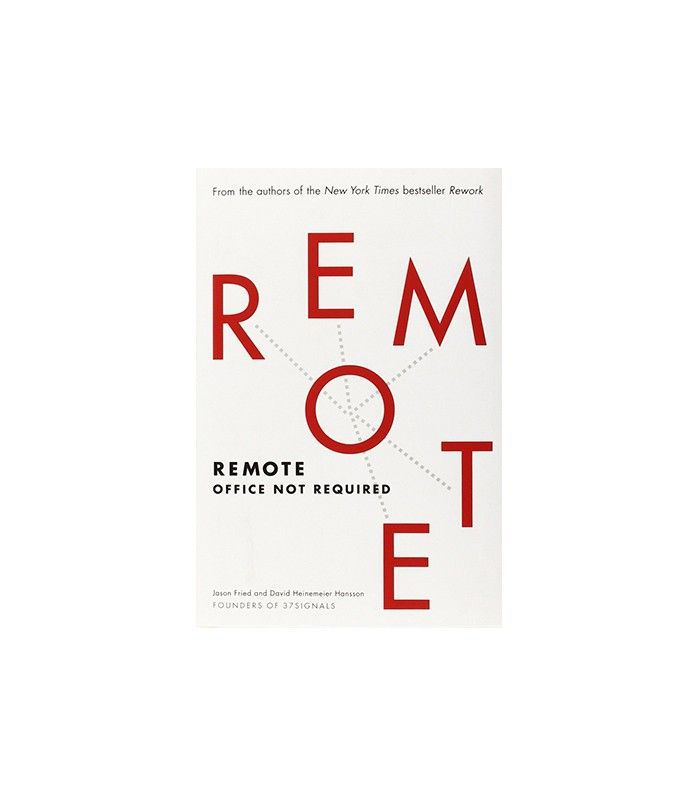 We’ve all heard it: Sitting is the new smoking. But in her TED Talk “Got a Meeting? Take a Walk,” corporate director and author Nilofer Merchant gives us actionable steps to improve our mental and physical health while maintaining productivity at work. The next time you have a one-on-one meeting, Merchant advises, ask if you can make it a walking meeting. Getting outside and on your feet doesn’t only add to your daily step count; it gives your meeting a jolt of creativity. “There’s this amazing thing about actually getting out of the box that leads to out-of-the-box thinking,” Merchant says. If you’re looking to reframe problems, whether it’s in governance, business, or job creation, walk the talk. 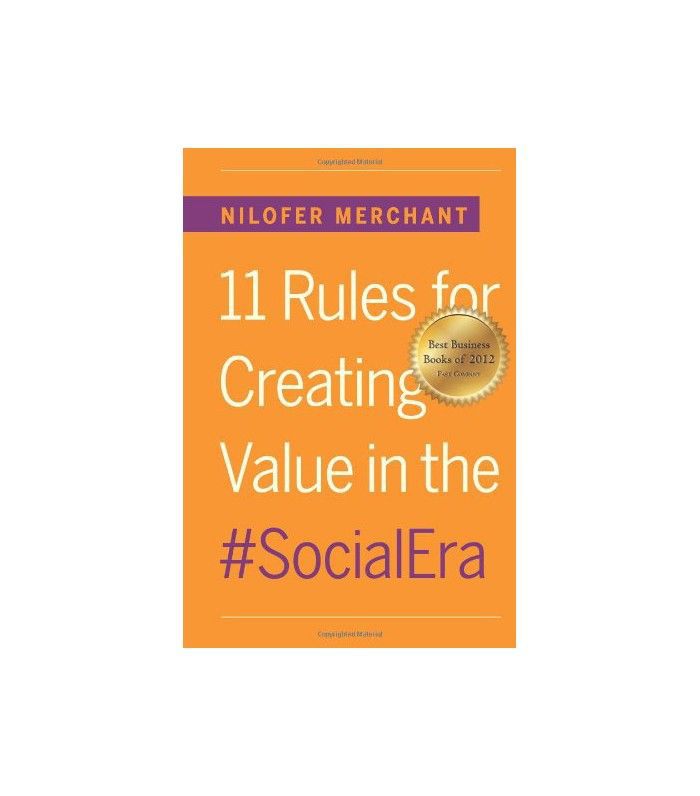 Life Hack: You can synthetically create your own happiness by limiting your choices.

In his TED Talk, “The Surprising Science of Happiness,” Harvard psychologist Dan Gilbert defines happiness in two ways: natural and synthetic. Natural happiness is what we feel when we get the outcome we hoped for. Synthetic is the happiness we make when we don’t get what we want. Gilbert argues that while society has conditioned us to give less value to synthetic happiness, it has just as great of an impact—if not more—on our overall joy.

As humans, we aim to put ourselves in situations that are flexible—where we have a choice to change the outcome. That’s why flexible plane tickets are far more expensive than inflexible ones. In reality, Gilbert argues, our psychological immune systems work best when we are trapped. “Freedom to choose, to change and make up your mind, is the enemy of synthetic happiness,” he says. By limiting our choices, we make it easier to create our own happiness. 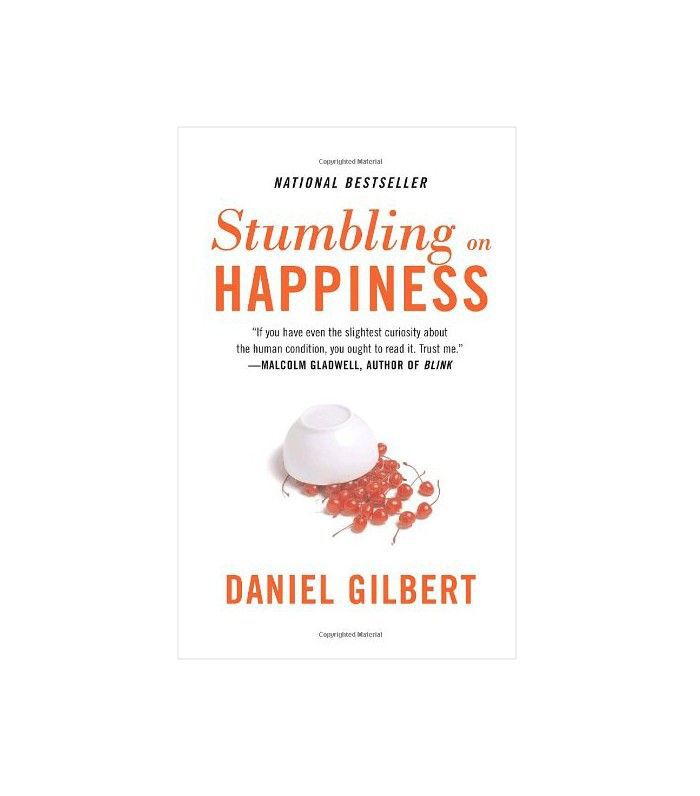 Life Hack: The key to captivating an audience for any public speaking engagement lies in being honest, authentic, loving, and most importantly having integrity. The hack to becoming an amazing public speaker lies in just six simple exercises.

In his TED Talk, “How to Speak So That People Want to Listen,” sound consultant Julian Treasure reveals the seven deadly sins of speaking: gossip, judging, negativity, complaining, exaggeration, lying, and dogmatism. If you want your speech to be powerful and to really have an impact on the world, Treasure advises his listeners to think about the acronym HAIL. HAIL stands for honesty, authenticity, integrity, and love. You must be true and clear in what you say. You must be your word. And you must be empathetic to the person you are speaking to.

Treasure doesn’t just reveal how to deliver valuable audio content; he also divulges secrets about how to deliver your message. Use Treasure’s six vocal warm-up exercises before an important talk or meeting, and you will captivate your audience, whether it is a group of one or 100. 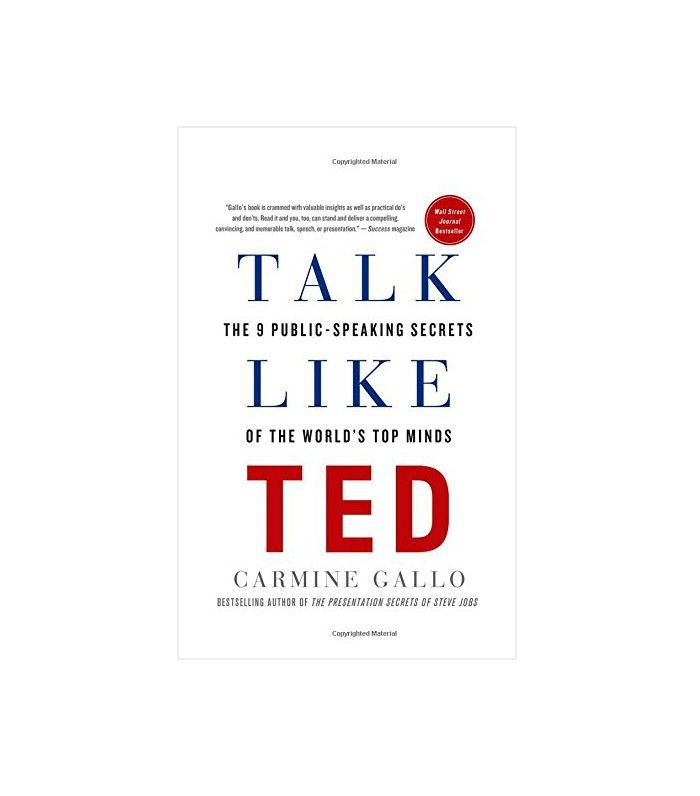 Life Hack: Changing the way you think about stress can make you a happier, more competitive, and more confident person.

With nearly 11 million views, Kelly McGonigal’s talk “How to Make Stress Your Friend” is one of the most popular TED Talks of all time. She addresses a condition that plagues most every human on the planet: stress. The health psychologist reveals the shocking conclusion of a scientific study: “Believing stress is bad for you” is the 15th-largest cause of death in the United States. Instead of recognizing the symptoms of stress (think heart pounding, faster breathing, breaking out into a sweat) as harmful, she thought about recognizing those same physical changes as signs your body was energizing itself to meet the challenge at hand. 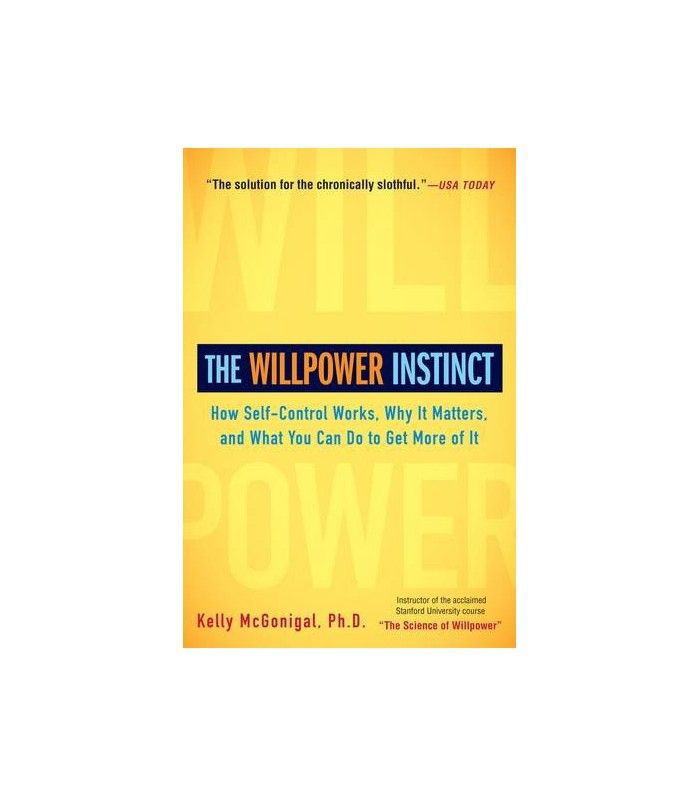 Is your mind blown? Did we miss your favorite TED Talk? Share it with us below.