10 Light Thanksgiving Breakfast Ideas for When You're Saving Room

When an entire holiday revolves around the many dishes of one dinner, then it can be hard to remember this simple fact: You still need to eat breakfast before the Thanksgiving feast. Of course, no one thinks of this a.m. necessity when there’s a turkey to stuff and potatoes to mash and ham to slice—and later dinner to enjoy. So what usually ends up happening to this meal isn’t all that exciting. It’s either a sorry sight or a complete afterthought.

But don’t let that happen this year. Since you’ll likely be hungry when you get out of bed, it’s best to eat a comforting and filling breakfast before the day really gets started. We found 10 light Thanksgiving breakfast ideas that are not only delicious, but can mostly be served with little time and effort.

There’s the sautéed breakfast salad with fresh dill, a pumpkin spice oatmeal smoothie with maple syrup, and salsa verde baked eggs with radishes, for starters, and that doesn’t mention the detox smoothie and protein oatmeal for those who want to get ahead of an indulgent day. Either way, don’t let the opportunity for a delicious Thanksgiving breakfast go to waste. At least you’ll taste other flavors before you dive into the big holiday meal.

Even though you’ll spend an entire day eagerly anticipating a slice of pumpkin pie for dessert, you probably wouldn’t mind more. That’s why you should consider starting the day with this recipe from Eating Bird Food, which combines the flavors of pumpkin purée, old-fashioned rolled oats, sliced banana, and almond milk with egg whites and vanilla. “I know adding egg whites to your oatmeal sounds a little odd if you’ve never done it before, but it’s actually pretty awesome. You end up with a nice and fluffy bowl of oatmeal,” Brittany Mullins says. 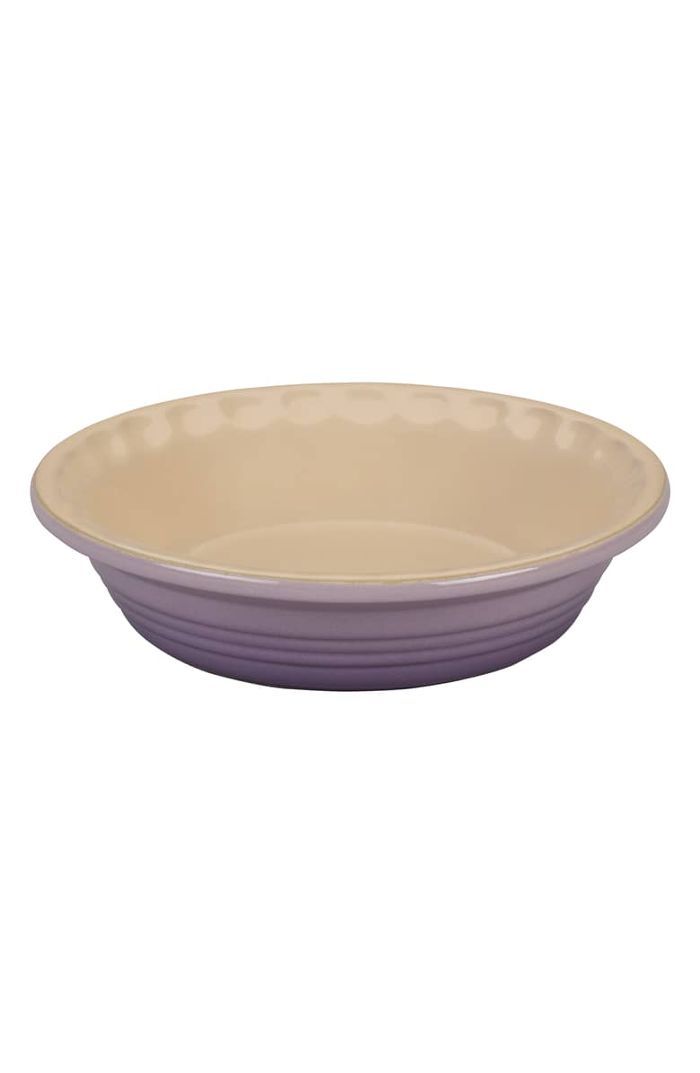 But if you’ve had your fill of pumpkin for now, then you could also try this easy recipe from Eating Bird Food, too. Mullins uses microgreens, fresh dill, baby greens, roasted cauliflower, avocado, and fried eggs to create this energy-boosting bowl, which is served with a pinch of salt and pepper. “I know some people think a salad for breakfast is weird, but in case you haven’t noticed I’m attempting to change your mind,” she says. 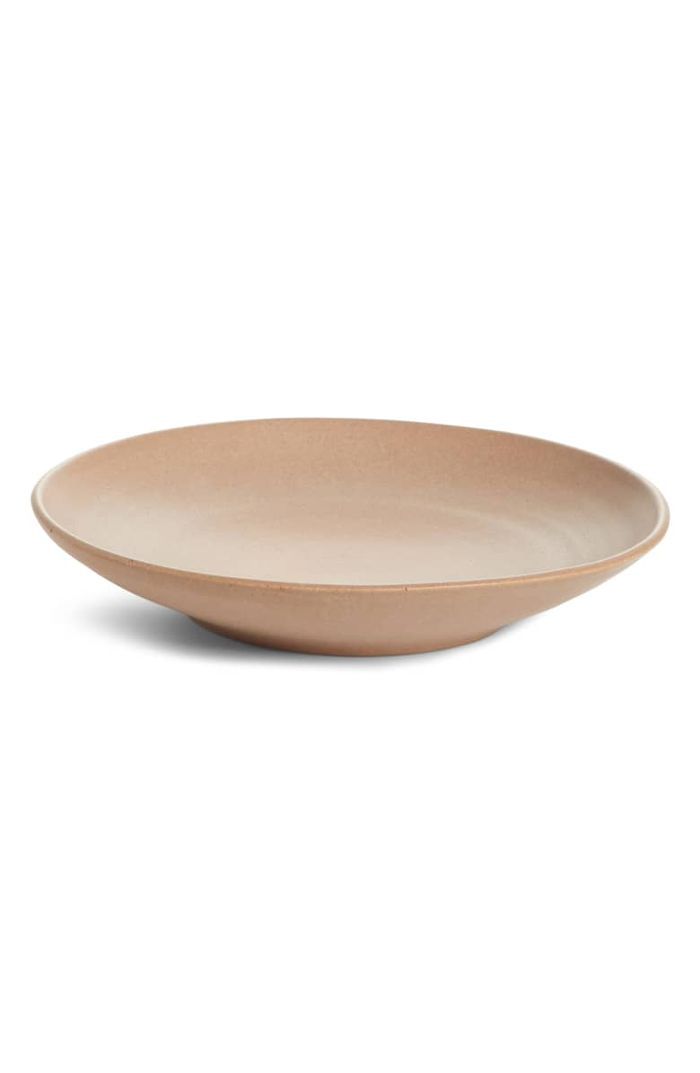 A smoothie for breakfast is pretty standard fare, but not if you’re making it according to this recipe from The Butter Half. Abbey Rodriguez mixes frozen banana and strawberries with coconut water and chia seeds into the consistency of ice cream so that you’ll need to eat it with a spoon. “Top with berries, bananas, chia seeds, and hemp hearts,” she says. “Feel free to add other toppings like nut butters and granola.”

If guests are lingering around your dining table before Thanksgiving dinner, then make the small but impactful gesture of cooking up this recipe from The Modern Proper. It cooks eggs in salsa verde, cotija cheese, cilantro, and radishes so that everyone can scoop up those flavors with warm tortillas. It’s so good, though, that guests may still be talking about it in front of the turkey. “When the whites are cooked, but the yolks are still runny, this is the perfect time to pull the eggs out,” Holly Erickson says. 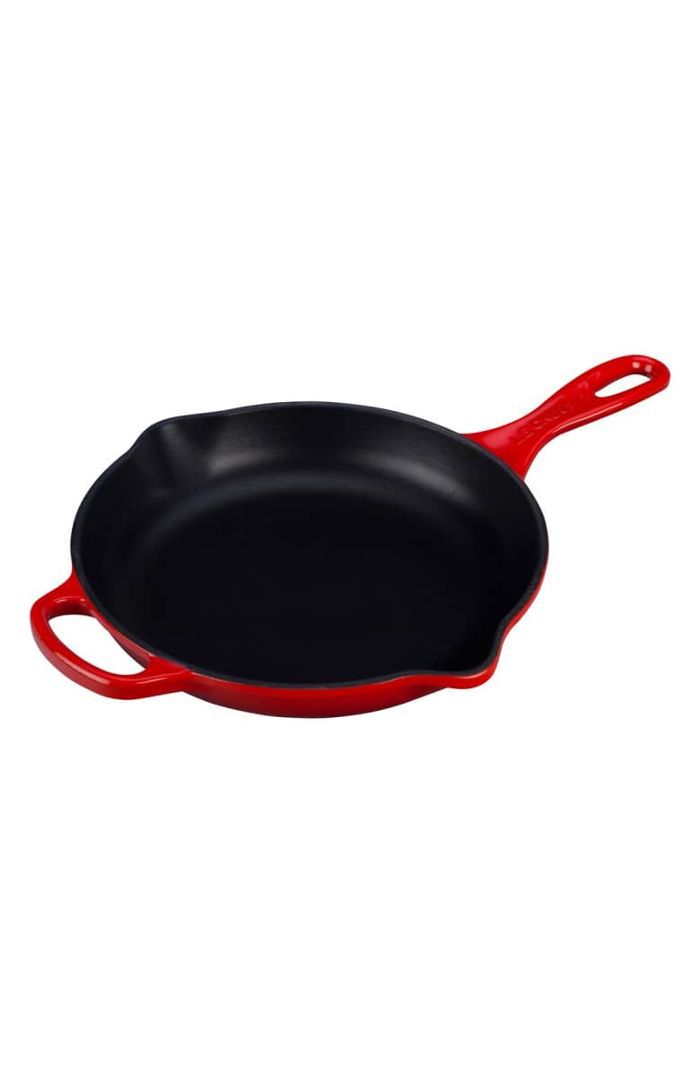 It’s tough to resist almond butter toast, and when you get a load of this recipe from The Modern Proper, you’ll gladly eat yourself full. Slather two thick slices of toasted bread with almond butter, and later top the pieces with banana. “Drizzle each slice with one tablespoon of honey, and then sprinkle with toasted coconut and flaky salt,” the recipe says. That’s it—and the simplicity is so worth it.

If Thanksgiving is chilling, then this recipe from Sugar Salted should be exactly what you need to curl up with inside. Rinsed and drained millet is combined with milk and fine sea salt, and then topped with chopped almonds, apple, honey, and cinnamon. “I think this type of millet porridge is perfect for breakfast because it’s very classic and easy to make, which is exactly what I like on a sleepy morning,” Alice says.

Keep in the holiday spirit with this appropriately festive smoothie recipe from Salt and Wind, which combines pure pumpkin purée and maple syrup with almond butter, cinnamon, old-fashioned oats, and a frozen banana. “If you’re making pumpkin pie or any other fall dessert, then chances are, you already have these ingredients lying around,” Aida Mollenkamp says. “Slightly spiced and a little sweet, this is becoming my go-to fall smoothie.” 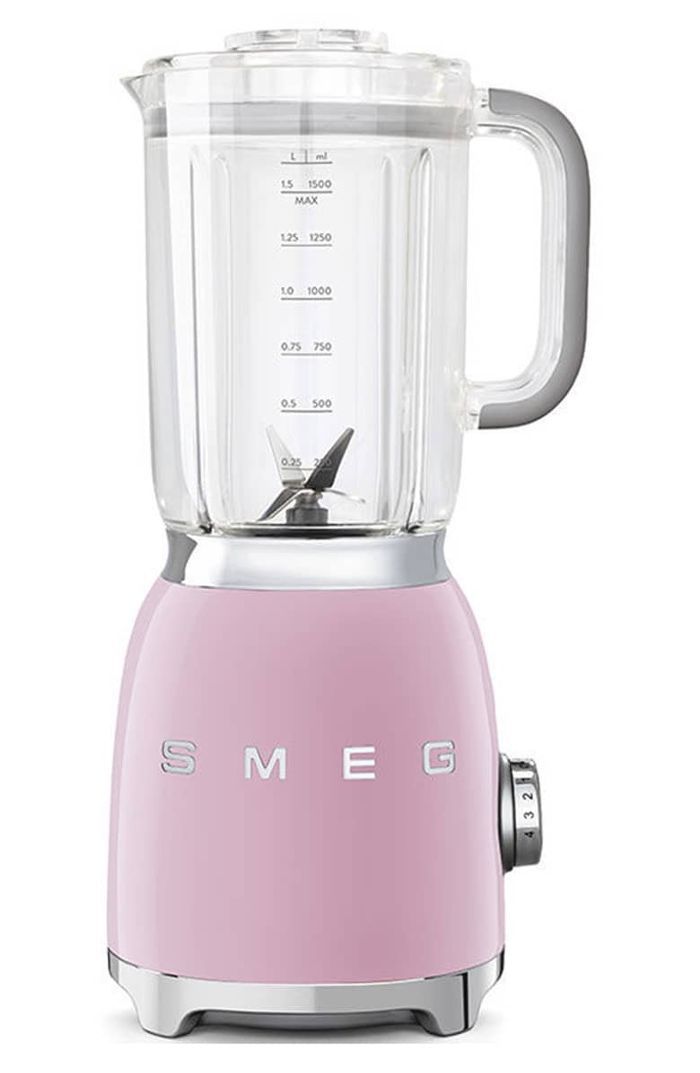 A simple baked good breakfast can be especially comforting on a busy holiday, and this recipe from Salt and Wind will help you unwind with a cup of coffee. Coconut oil is mixed with coconut flakes, chopped carrots, maple syrup, vanilla, flour, and eggs, and then topped with a pepitas mixture. “Bake until a toothpick just comes out clean, about 20 to 25 minutes,” Mollenkamp says. “Set aside to cool for at least five minutes before removing from the muffin wells.” 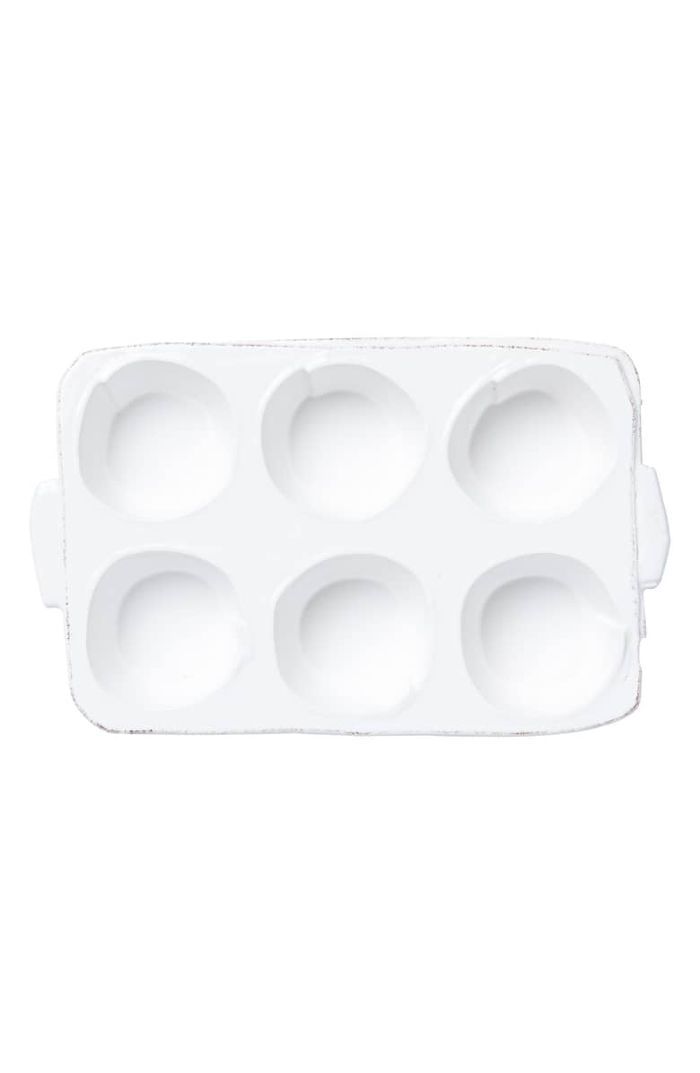 If you can handle making one more thing before Thanksgiving, then make it this overnight oats recipe from Salt and Wind. Thanks to old-fashioned oats, vanilla almond milk, pepitas, sliced persimmons, and maple syrup, the reward you’ll get in the morning will be worth the five minutes of prep. “To serve, top with the streusel, some sliced persimmons, and a drizzle of maple syrup,” Mollenkamp says. 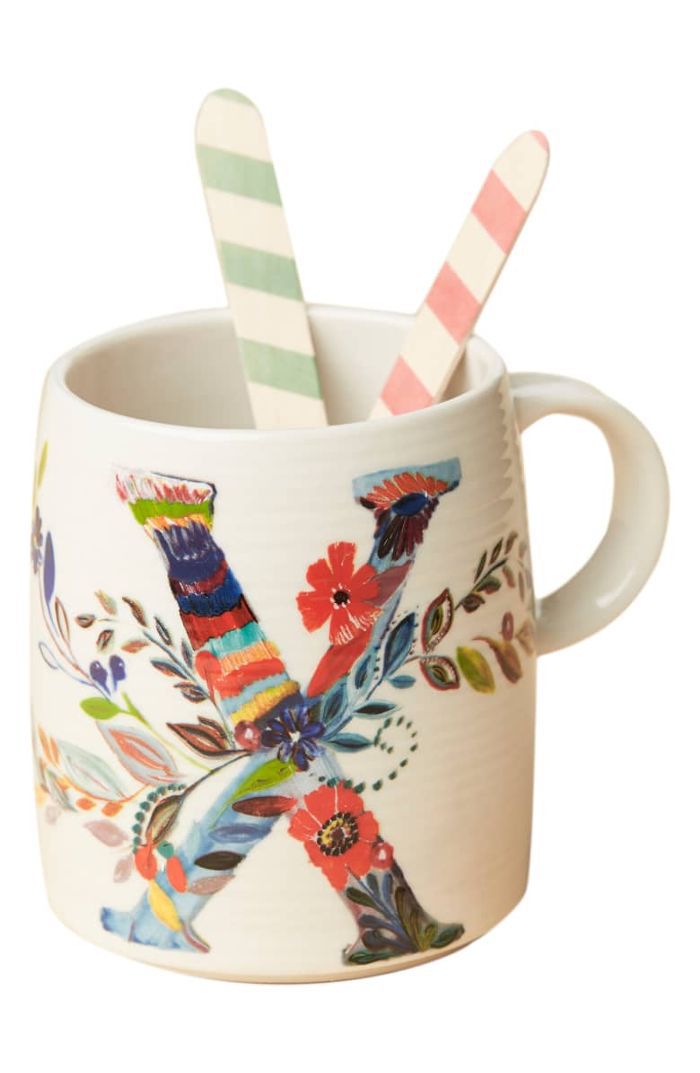 Before eating turkey, mashed potatoes, ham, cranberry sauce, stuffing—and oh yeah, dessert—give your body a meal of fruits and veggies. Make it this recipe from Hello Glow, which blends banana, green apple, spinach, cucumber, and almond milk into a smoothie to help you feel refreshed. Added bonus? “As your body flushes out the toxins lurking in your system, your skin will glow and the under eye circles disappear,” Ana Stanciu says. 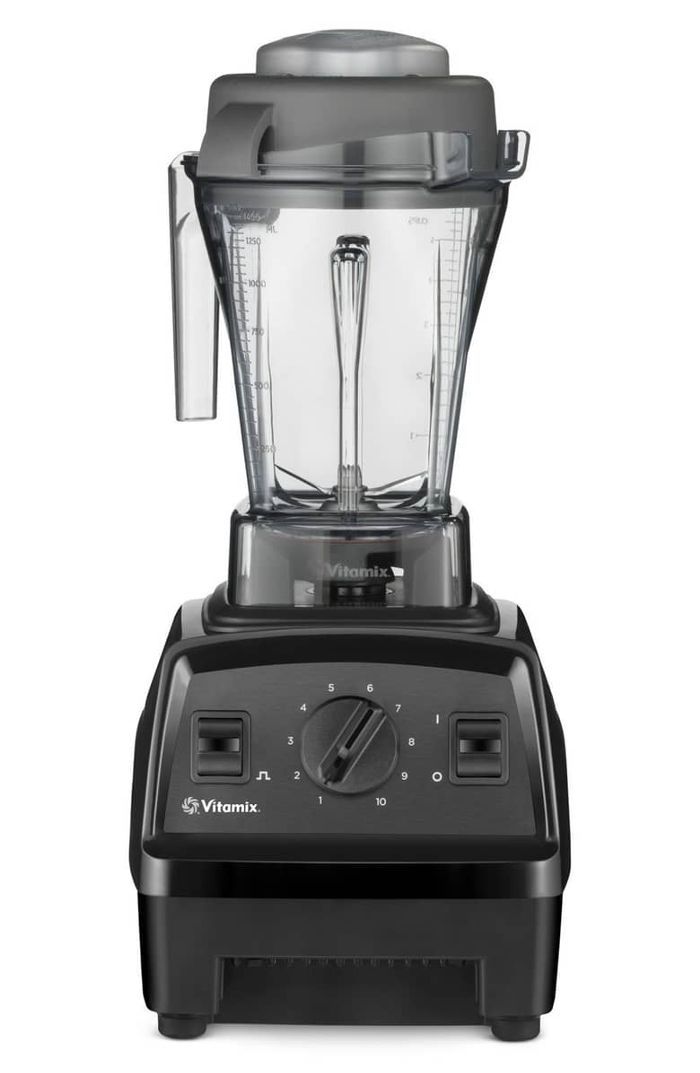