Lilly Singh Designed the Life and Home of Her Dreams 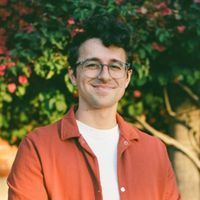 Lather, rinse, get aligned on long-term career goals, repeat. With one simple innovation, Lilly Singh transformed a daily routine into a font of inspiration: “I would like to say I’m the inventor of the Shower Vision Board.”

Since the beginning of 2022, Singh has had her vision board fastened to the outside of her glass shower looking in. “It forces me to see it every… every-ish day,” she jokes. There’s a squeegee nearby, too, so not even steam can get in the way of her ambitions.

A modern-day multi-hyphenate—her credits include actor, author, YouTube creator, TV host, and producer, to name a few—Singh finds her energy being pulled in countless directions, and the board’s placement in the most unavoidable of locations is a constant reminder of her priorities.

And so far? It’s working. Take, for example, her role in the recently announced Disney+ series, The Muppets Mayhem, where she’ll play the manager to Jim Henson Studios’ revelrous house band, Dr. Teeth And The Electric Mayhem. With a grin, she points out that the top-left corner of her vision board reads, “Disney+.” “I really believe I manifested this!”

This year alone, she also has a voice role in DreamWorks Animation’s The Bad Guys and a spot on the judge’s panel for a new season of Canada’s Got Talent. And in early April, 2022, she released her second book, How to Be a Triangle, the followup to her New York Times bestseller How to Be a Bawse. Sure, she’s busy—but she’s as busy as she wants to be. For the first time in years, Lilly Singh’s doing exactly what she wants.

“At the center of my vision board is ‘optimize everything.’” There was a time when the 33 year-old might have said yes to each opportunity that came her way, but now she’s focused on working smarter, not harder. “I have learned that I love work,” Singh admits.

“But I am better at work when it's not every part of my existence. So I optimize my life, whether that's building a team that's right for me, or making my home life easier.”

Indeed, Singh’s mantra manifests itself in her home. Just north of Hollywood in Studio City, her bright and breezy residence is a respite from all of the noise and traffic. “You know how people feel when they go on vacation, when they get to the resort? That is how I feel coming home.” With a neutral color palette and plenty of windows for natural light to pour in, Singh designed it as a place where all of the day’s distractions could just melt away.

"My first home was color, color, color, color, pink wall this, yellow accent that, etcetera. And, as I've gotten older, I'm like, ‘Ah, yes, this is a lot!’” Since moving in two years ago, Singh has instead focused on filling her home with less, only leaving space for whatever lets her feel “safe, energized, and loved."

Zen as the space may be, it’s still distinctly Lilly Singh. The Toronto, Ontario-born creator first found an audience on YouTube thanks to her high-energy vlogs and comedy videos created under the pseudonym "Superwoman."

That vibrant personality is evident in every room of the house as well. Throughout the home you’ll find pops of color, photos of Singh’s favorite artists—from Aaliyah to Bollywood star Madhuri Dixit—and plenty of portraits of her one and only roommate, Scarbro, a 4 year-old Chi-poo mix named after the Scarborough district of Toronto. With a backyard to play in (supervised, of course—coyotes are a real danger in LA) and a doggie bed in almost every room, Singh laughs that it’s "essentially his house."

There’s an office, too, sunny and adorned with mementos from past accomplishments. Singh’s long been familiar with the concept of “working from home,” dating back to those early days filming and editing YouTube videos in her bedroom, though the COVID-19 pandemic has shifted her personal philosophy. She used to find herself taking work into every space, but now keeps things strictly separate: “My office is for work, the dining table is for eating, the living room is for family time, friend time, and the bedroom is for sleeping. It's not for you to take your work into every space.”

She and Scrabro love to open their doors to friends and family. There’s a home theater, complete with a projector, the kind of seating that dares you to sink in further, and a loaded snack bar. A self-professed “big hoster,” Singh always keeps it stocked to her guests’ tastes, including a rack of every popcorn seasoning imaginable: “I’m not big on spices, but one of my close friends loves them, so that’s for when she comes over.” She took that same approach to the massive cocktail bar nearby—itself a tribute to her father’s noted collection of alcohol from around the world—so there’s something for everybody. And her "pride and joy," the hit of every get-together, is an eye-catching, geometric ping-pong table, custom built by 11 Ravens (“A table from them had been on my vision board for like four years”), which can also convert into a billiards table, or a regular flat-top for dining. Talk about optimization!

"I grew up in a home—and I’m sure almost every Indian person can relate to this—where my parents had many forbidden rooms,” Singh recalls. "I was always like, ‘This is a huge waste of space!’' She specifically remembers a sparse room staged with a sofa that no one ever sat in unless certain relatives came over.

No disrespect to her mom and dad, but Singh has vowed to leave no space wasted: “Functionality over everything!” During the conversation, Singh decides an infrequently used guest room should be converted to a full-fledged gym since she’d been storing workout equipment in there anyway. When something’s not working for her, she re-evaluates.

“Just because something’s been this way for a while, it doesn’t mean it’s the right way.” At this point, she’s no longer just talking about a guest room. “I would say I’m a disruptor,” Singh declares proudly. “In everything I do—personally, professionally—I like to disrupt things.” That’s evident in the way she used her popular YouTube channel as a launching pad to carve out a multi-faceted entertainment career for herself. The idea of disruption is constantly at the front of her mind when navigating the industry as a queer woman of color. A daughter of Indian immigrants, it’s not often she meets people that look like her calling the shots in Hollywood. So, with every new role, every new opportunity, Singh takes stock of what it could represent—not just for her career, but for the community.

In 2019, NBC announced Singh as the host of a brand new late-night program, a successor to Last Call With Carson Daly that would air weeknights after Late Night With Seth Meyers. A Little Late With Lilly Singh was—in the words of just about every major news outlet—historic. With the gig, Singh became “the first bisexual late-night host,” “the first person of Indian and South Asian descent to helm a late-night show,” and, at the time, “the only woman hosting a late-night show on broadcast TV.” It was a boy’s club, and she had fought her way in and earned her seat at the table.

"I thought, ‘Oh, if I don't do this, it could not go to another South Asian girl in the future, it could just go to someone who's been on a million shows before.’ There was a chance for me to really pave a path.” Production of the first season of A Little Late was a challenge. Singh remembers time and resources being extremely tight: Over a three-month period at the end of 2019, she and the crew worked long hours to film 96 episodes, which were slated to run through May 2020.

The show was always intended to be topic-based and not necessarily timely, but when the pandemic sent the country into lockdown that spring, A Little Late’s pre-recorded episodes felt out of the loop. Unable to address the news in real-time, seeing herself tell jokes to an unmasked audience, Singh felt like she was watching television from an alternate dimension. “It was really, really tough.”

For its second season, Singh pushed A Little Late to undergo a creative overhaul, leaving the traditional studio set behind to film in a Los Angeles-area home with a small production crew. Not only did it allow the show to comply with COVID safety regulations, it also found Singh more in her element, hewing closer to the casual yet intimate feel of her YouTube channels.

When the show officially wrapped in 2021 she began to write—about her ups, her downs, her tough lessons, and her moments of clarity—which eventually took the shape of her second book, Be A Triangle. The follow-up to her best-seller, How To Be A Bawse: A Guide To Conquering Life, Be A Triangle is a different kind of self-help book: The kind Singh needed to pen in order to help herself.

So why “be a triangle”? Because it’s a shape with a strong foundation. Singh writes: “We need to create a home to return to… I’m not talking about a physical place or somewhere where pants are optional. I’m talking about a set of beliefs we return to after a day full of, well, anything.” As she points out, a firmly planted triangle is difficult to topple over. Through Be A Triangle, Singh found a way to re-invest in herself, reinforcing her foundation of beliefs and priorities so that no traffic jam, no heartbreak, no canceled show, or no bad day can knock her down. If there’s one thing the pandemic taught her, it’s that one’s physical home can still play a crucial role in that mental foundation. “I did have some dark moments,” Singh confesses. “But I associate them with being safe in my home, being able to express those emotions freely because I was in my safe space.”

With Be A Triangle as her blueprint, her home is as carefully curated as her career, optimized for success. “I take my environment super seriously. I think it’s a big contributor to how you feel, to how you work, to how you laugh, how you love—to all of those things.”

Next, she sets her sights on another section of her vision board: Building a separate office space on the hill in her backyard. “I'm a big believer in the idea that certain spaces are for certain things,” says Singh. She might love what she does, but she’s determined to not let her career take over her life again.

And she’s not going to let the commute to the new office bother her either. “It’s a steep hill, so [I’ll] probably be huffing and puffing,” Singh says with a laugh. “I’d have to just just get into the mindset and be like, ‘I'm going to work and we're doing the thing.’ That's what it is. I want to feel like I'm going to work. I don't want to feel like work is where I am all the time.”