6 Science-Backed Tips to Impress Everyone You Meet

We've all been there. Sitting across from someone we admire, crippled with anxiety because we don't want to do or say the wrong thing, and knowing full well that first impressions last the longest. Whether you're conscious of it or not, a Princeton University study found it only takes 1/10 of a second to judge someone based on their appearance. We agree it isn't right, but it's a reality. So knowing this fact, how do we make a killer first impression and ensure their memory of you is a positive one?

Turns out there are a few science-backed tricks you can keep up your manicured sleeve to help when the tongue starts to tie next time. And if you really don't feel confident, then practice makes perfect—and these conversation starters will help too.

When you're trying to make a mark, don't wait. According to new research, you only have the blink of an eye to truly get your act together and impress that person. It might not seem fair to be judged in 1/10 of a second, but psychologists believe this "accelerated and accurate ability to judge trustworthiness in others may have evolved as an important survival mechanism." So if you really want your prospective employer, future partner, or new friend to walk away with a good feeling about you after the first meeting, act quickly and employ some of our strategies outlined below.

Have a Confident Handshake

If this isn't something that comes naturally to you, then practice it with friends or colleagues to perfect it. New neuroscience research from a paper published in the Journal of Cognitive Neuroscience confirmed the power of a firm, friendly handshake when making a good first impression in both social and business circumstances.

"We found that it not only increases the positive effect toward a favorable interaction, but it also diminishes the impact of a negative impression," said research lead Sanda Dolcos. "Many of our social interactions may go wrong for a reason or another, and a simple handshake preceding them can give us a boost and attenuate the negative impact of possible misunderstandings."

Wait Before You Speak

Known for her research on power posing and its confidence-boosting benefits, social psychologist Amy Cuddy recently turned her attention to first impressions and found we evaluate people on two things: trustworthiness and confidence. So in that 1/10 of a second, you need to establish the other person's trust. But how do you convey trust in a first interaction? Cuddy says you need to let the other person speak first. Being overly dominant will come across as threatening and they'll either feel defensive or "try to out alpha you."

To do this, Cuddy suggests simply asking them a question. "I think people make the mistake, especially in business settings, of thinking that everything is negotiation," she told Wired. "They think, 'I better get the floor first so that I can be in charge of what happens.' The problem with this is that you don't make the other person feel warmth toward you. Warmth is really about making the other person feel understood. They want to know that you understand them. And doing that is incredibly disarming.

Before you roll your eyes at something so seemingly obvious, we couldn't compile a story about first impressions without reiterating how important this simple act is. Maintaining eye contact is crucial if you want to establish trust and transfer integrity toward the person you're trying to impress. A study in the journal Personality and Social Psychology Bulletin and reported in Business News Daily found a "significant correlation between people looking while they spoke and how others judged their intelligence."

We truly understand how intimidating some of these can be, especially if it's for a major career opportunity or meeting the parents of your significant other for the first time, but making a conscious effort to connect with them at eye level will make all the difference in solidifying a strong connection.

Use the Power of Facial Cues

Since we already know that people judge us in 1/10 of a second based on our appearance, then use your facial expressions and physical characteristics to change it. A research article published in the Journal of Experimental Psychology: General found facial cues can shape one's perception of your intelligence and attractiveness. A nice smile goes a long way in enhancing your appeal during a first meeting. But not all smiles were created equal. The study reported in Psychology Today found that a "large grin can make someone seem naive, while a subtle smile with just a slight upturn in the curvature of the mouth can make people appear more intelligent as well as friendly."

Adjust Your Tone of Voice

Now that you've nailed all the above, it's time to get your tone of voice in order. Wait, what? Now I need to worry about how my voice sounds during a first meeting? According to psychologist Drew Randell at the University of Lethbridge in Canada, "People do make snap judgments when they hear someone's voice." In fact, new research by Phil McAleer, a psychologist at the University of Glasgow in the United Kingdom and lead author, found people formed an opinion on someone based on the tone of voice and could determine whether they were trustworthy or untrustworthy based on a 300- to 500-millisecond soundbite of hello.

"It is amazing that from such short bursts of speech you can get such a definite impression of a person," McAleer told Science Mag. "And that, irrespective of whether it is accurate, your impression is the same as what the other listeners get."

Do you agree with science? Would you try any of these tactics? Shop our top book selection below for more insight on how to impress someone you admire. 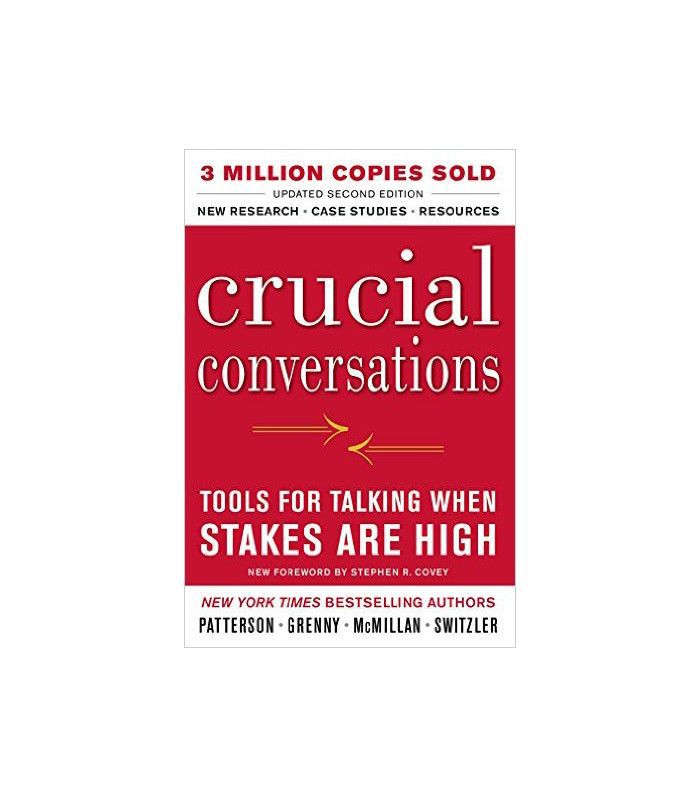 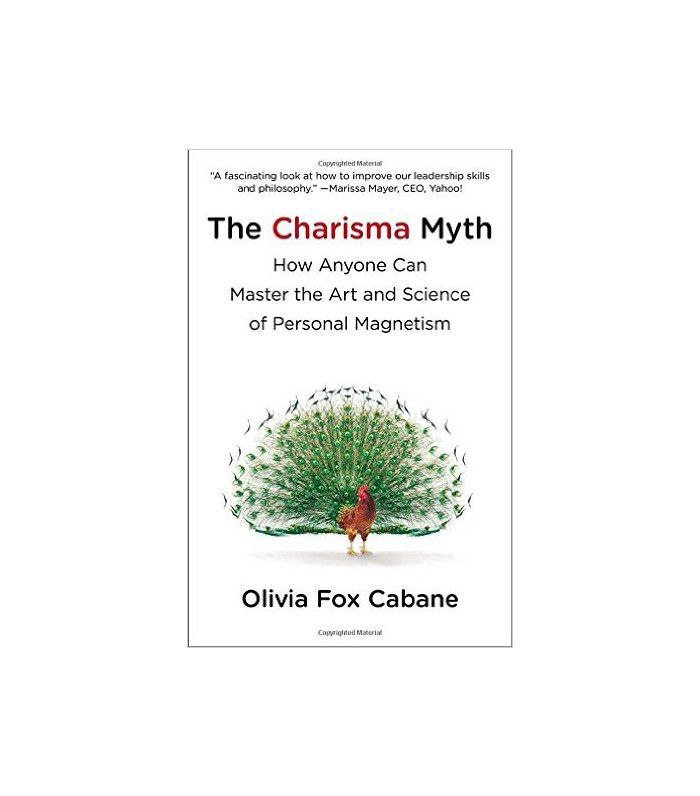 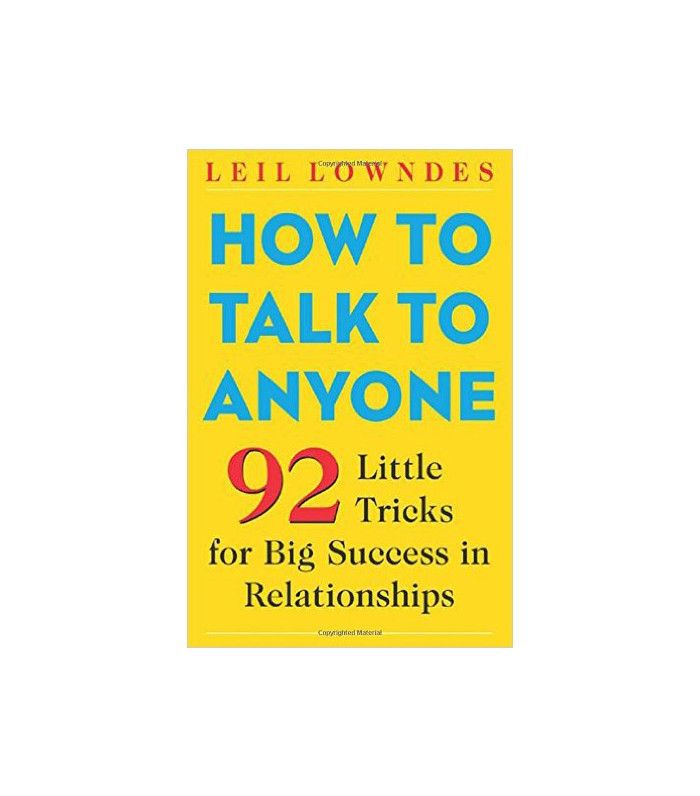 How to Talk to Anyone by Leil Lowndes $10
Shop 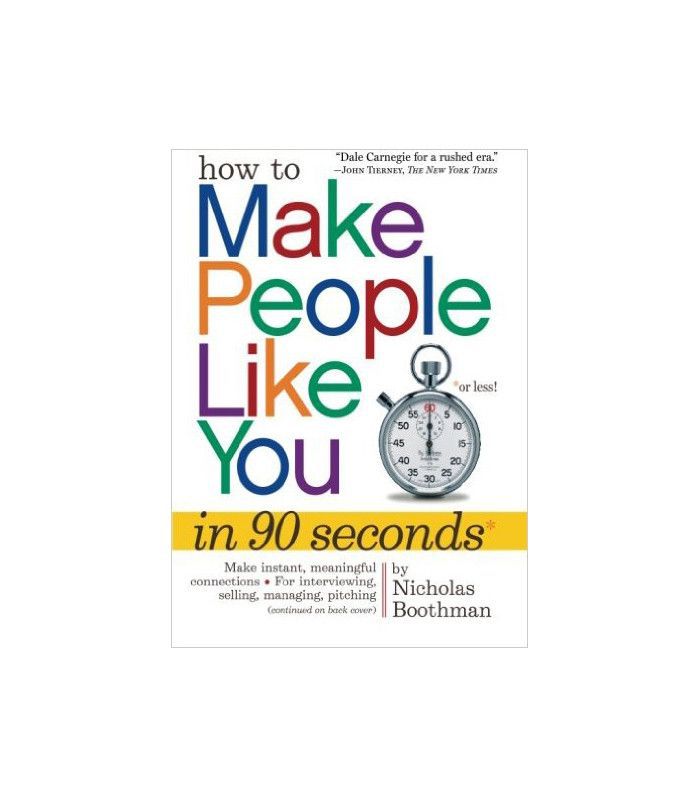 This post was originally published on December 16, 2016, and has since been updated.