This Chevron Marble Bathroom Has to Be Seen to Be Believed

If an interior designer's greatest challenge is working within a rigid brief, Gillian Segal might have found the dream project. The principal and founder of Canadian firm Gillian Segal Design recently finished renovating and decorating a half-duplex in North Vancouver, a project with a liberating creative brief and no existing furniture.

"The client's goal was really to create a comfortable space that she could call her own and was different from things she had seen—[which was] music to my ears!" says Segal of the initial design brief. "We were really fortunate to be working with an essentially blank slate on this project, which is always fun."

The three-bedroom investment property is located in North Vancouver's Lower Lonsdale neighborhood. Spanning 2100 feet, the project began with a complete gut renovation, which created a perfect canvas so Segal could let her creativity flow. Take a look inside the gorgeous light-drenched home and don't miss the jaw-dropping black marble bathroom—it's a definite standout.

Taking risks can be stressful when decorating a home from scratch, but Segal's client was refreshingly open to unconventional color choices. "Our client showed us some green kitchens she loved, but she was hesitant to commit to that color in such a permanent way," she says of the original references. "So we decided to bring in the green in some smaller but impactful ways." Moss green bar stools from EQ3 added a burst of the unexpected color in the kitchen. 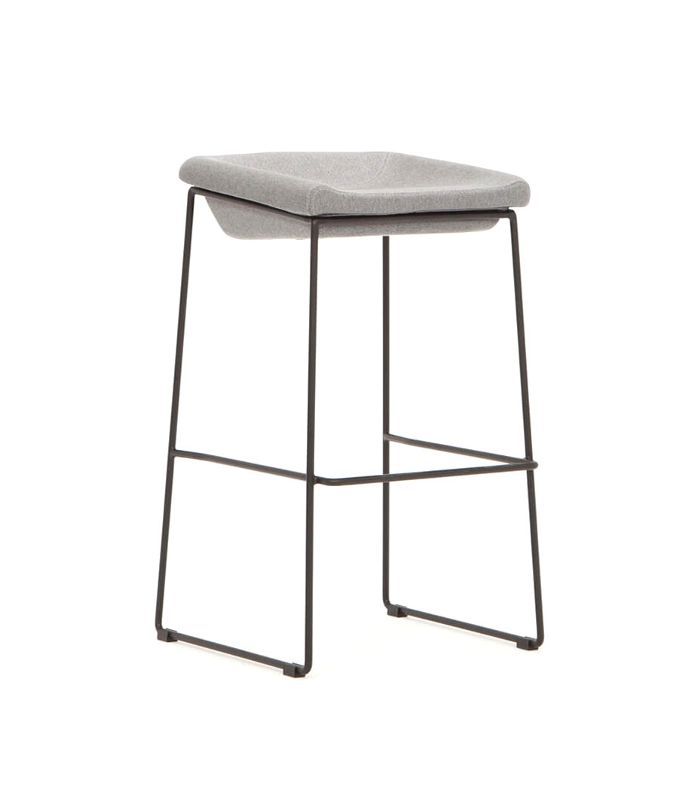 The project involved a full gut renovation, followed by furnishing and decorating, which gave Segal a great deal of creative control over the finished look. "Our first course of action was to open up the back end of the house, where the kitchen, pantry, small office/living space now reside," she explains.

The 1980s cottage-style home had lots of original features and quirks, which Segal honored during the design process. "Instead of going for the obvious and removing these features, we decided to embrace the retro paneling and gave it an update by painting it out white." Her team then added more white paneling to the fireplace and range hood vent to create consistency throughout the home. 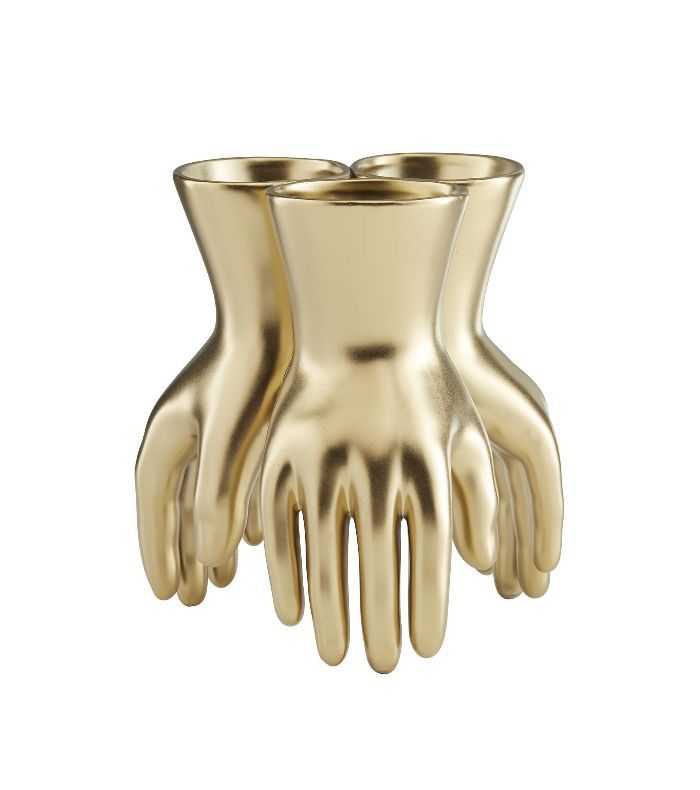 While the client didn't have any large pieces of existing furniture, Segal was sure to incorporate smaller items that had meaning. "My design philosophy is very much rooted in the idea that homes should be a personal space and a form of self-expression. So we worked with a lot of smaller, meaningful items that belonged to our client in order to add this layer to the design," she explains. One example is the vintage chest next to the sofa, which was used by the client's great-grandfather when he immigrated from Ireland. 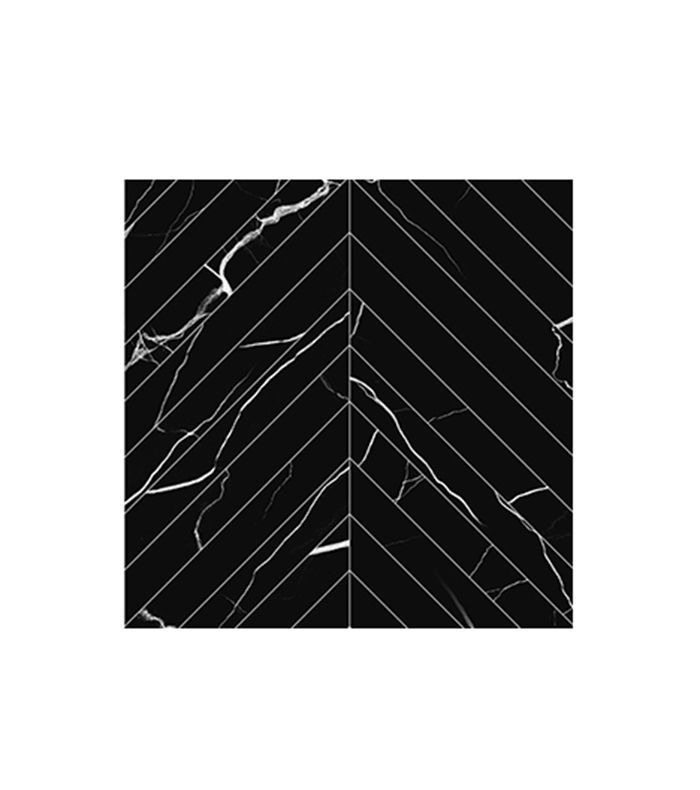 One room certainly steals the show. Striking and dramatic, the black marble bathroom is a stark contrast to the rest of the home. "We wanted to do something really bold and fun that was classic at the same time," says Segal. "Using a classic color scheme and materials in a unique way also makes it appealing for resale since its dramatic but not too much of an acquired taste." 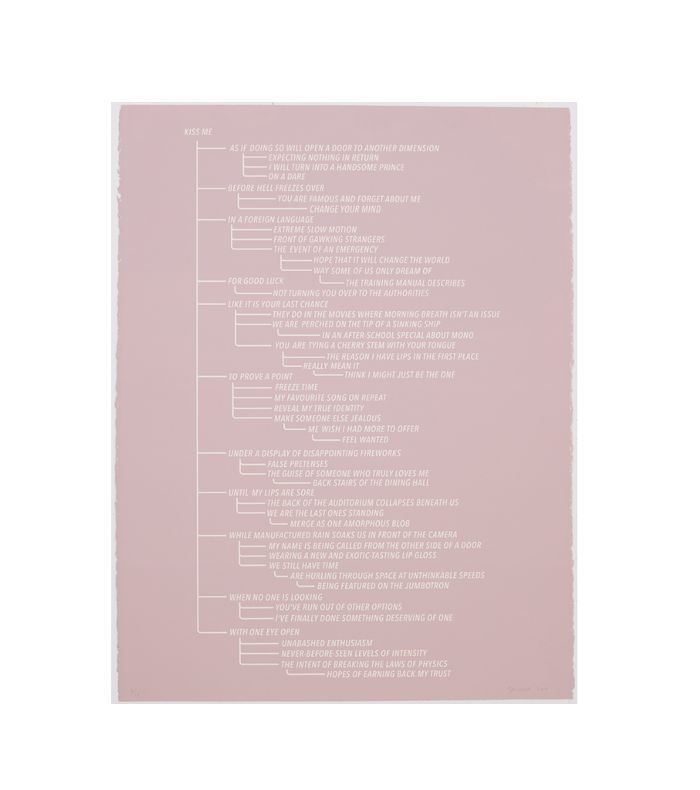 Since the duplex is an investment property, the client had a strict budget, which meant that Segal and her team had to decide when to splurge and save. "It was important to her to make smart financial decisions to make this a profitable investment," she says. One of the smartest budget solutions was the staircase, which looks far more expensive than it is. "[We had] had our own stair treads made up and stained them in a deep black to create a huge contrast. This solution to save money turned into one of my favorite features in the house." 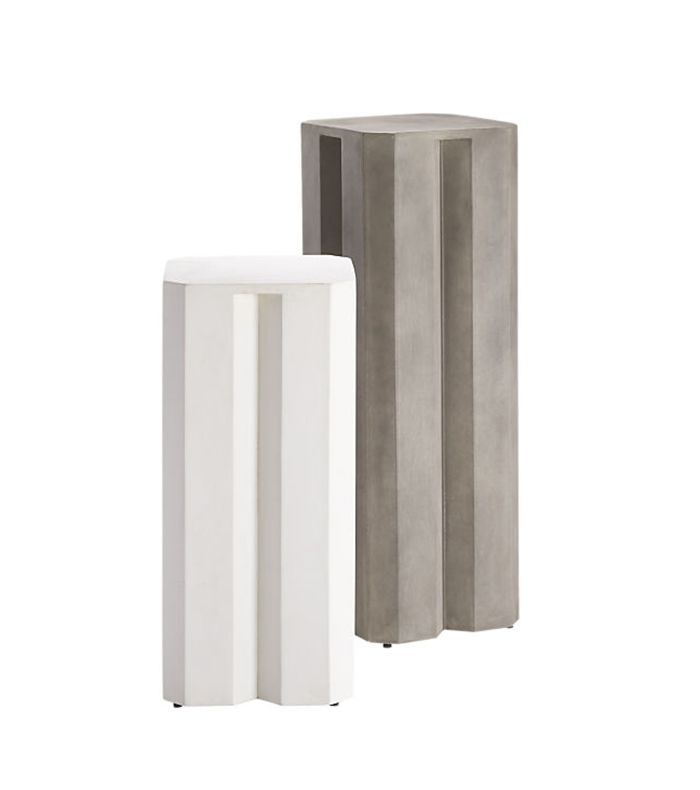 Working within a strict budget was certainly challenging, but Segal says it actually fueled their creativity. "We had fun with it and got creative with mixing highs and lows," she says. Guests won't recognize the IKEA cabinet in the bathroom, an inexpensive solution that was transformed with new doors and stylish hardware. "[We added] doors from Semihandmade, a company that makes specialty doors that look custom at an affordable price." It's proof that if you approach interior design with a creative and positive mindset, the possibilities are endless.