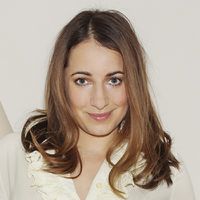 Hannah Almassi
Hannah Almassi is an editor, writer, and stylist living in London. She currently serves as the the Editor-in-Chief at Who What Wear UK.
MyDomaine's Editorial Guidelines
Hannah Almassi

Hollywood and royalty are rarely seen together, but we all knew the wedding of Meghan Markle and Prince Harry today would create a unique opportunity for a union of A-listers of every kind. If you think regular wedding guest outfit codes are hard to crack, imagine throwing the world's glare into the mix.

The requested dress was "day dress and hats," which translates into more sensible knee-length dressing (we saw many jewel colors, bright hues, and pretty prints) and many neat pieces of millinery (although some guests did go all-out with head-turning gear). In a relatively casual move, gents were asked to wear military regalia, lounge suits, or morning suits. According to the Instagram Stories of Meghan's girlfriends, it looked like many attendees were still perfecting their looks late last night (around 2 a.m.) alongside a tailor—this was clearly not an event where anything would "just do."

Victoria Beckham is already part of the monarchic crew, having attended Kate and William's nuptials in Westminster Abbey back in 2011 (remember her chic navy maternity look, topped off with a matching fascinator?), and she was of course in situ once more today, not only as a guest but also with the prospect of a Spice Girls performance at the wedding reception. Seven years later and the esteemed designer once again dialed up the fashion credibility of the occasion with a similar look—a slinky navy dress worn with bold red shoes.

Catherine, Duchess of Cambridge, didn't disappoint either. The last time we saw Kate's wedding guest style was last year at her sister Pippa's wedding when she opted for a pretty blush Alexander McQueen dress and matching accessories. Today Pippa opted for a pretty mint-green floral number from London-based brand The Fold.

Of course, there were many more starry names and stylish looks to chart (we spotted beautiful frocks from the likes of cool niche labels such as Alessandra Rich and The Vampire's Wife), and we've got them all below. From Amal Clooney (so WOW in yellow) to Priyanka Chopra (in a spectacular Phillip Treacy hat and custom-made Vivienne Westwood suit), Carey Mulligan to Oprah, keep scrolling to see who attended the royal wedding and what they decided to wear on such a big day.

WHO: Amal and George Clooney

WHO: Pippa Middleton and James Matthews

WHO: Idris Elba and Sabrina Dhowre

WHO: Abigail Spencer and Priyanka Chopra

WHO: Tom and Sara Parker Bowles

WHO: Charles and Karen Spencer

WHO: Sofia Wellesley and James Blunt

WHO: Tom Inskip and Lara Hughes

WHO: Victoria and David Beckham

WHO: Carey Mulligan and Marcus Mumford

WHO: Charlotte Riley and Tom Hardy

WHO: Julia Carey and James Corden

WHO: Catherine, Duchess of Cambridge

WHO: Nacho Figueras and Delfina Blaquier

WHO: Jacinda Barrett and Gabriel Macht

WHO: Her Majesty The Queen

WHO: Serena Williams and Alexis Ohanian