Meghan and Harry, We Think You Need to Hear These Royal Baby Names 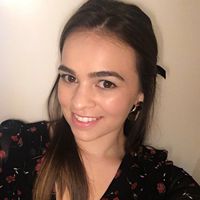 With news breaking late yesterday that Meghan Markle and Prince Harry are expecting their first child together, we're taking it upon ourselves to offer up some A+ baby names we think they need to consider. The couple is currently enjoying their first royal tour of Australia, and although it might be a little soon to start talking names, we can't help but speculate.

According to Sportsbet, Diana is currently the front runner (to no surprise), closely followed by Arthur, Alice, Grace and Edward. But Meghan and Harry are known for being a little less traditional than Kate and William, so will the baby's name have a more modern edge?

Below, the MyDomaine Australia team have shared some of the unexpected royal baby name predictions we hope the happy couple might take on board. Only time will tell, but right now here is our edit of the most unique royal baby names we think Meghan and Harry should consider.

Doria Diana: This name will honour both Meghan and Harry's mothers, and it could be shortened to DD as a cute nickname.

Ada: The couple may have conceived the child on their trip to Africa, and this beautiful name means "first daughter" in the local language.

Bindi: We admit this is a stretch, but since the couple announced their pregnancy in Australia, it's only fitting the baby's name should honour our country. Not just after world-famous Bindi Irwin, but the name also means "butterfly" in Aboriginal dialect.

Rania: A royal name, from a different royal family. Queen Rania of Jordan is a feminist icon, so it would make sense for Meghan and Harry to honour her with this baby name.

Zane: In line with our African theory, Zane is Swahili for "well-born/noble" and as a double whammy, Zane was Meghan's character's last name on Suits.

Rove: The royal couple met Rove McManus down under (you heard that right), and we think it's just unique enough to stick in their brains.

Oliver: This is one of the most popular male baby names right now, plus it's traditional, but not quite aristocratic. Could this be the perfect balance for the little tyke?

Egbert: A long-forgotten aristocratic royal name. We think it should be brought back, because, can you imagine?

Orlando: This old-timey name reminds us of Virginia Woolf's feminist book of the same name. If the couple had a boy, we know they'd raise him to be a proud feminist, and Orlando would be so fitting.