In furnishing his Los Angeles home, Emily Henderson's marketing director Michael Keck culled through a lot of flea markets—a lot of flea markets. To give you an idea, the design pro's carefully curated living room is comprised of 90 percent vintage finds. (Yes, you read that correctly 90 percent.) The living room's casually chic aesthetic is the result of countless estate sale, thrift store, and, of course, flea market purchases, all of which work together to infuse the space with soul and personality.

"I wanted my home to feel fun and interesting and to really showcase my passion of finding unique treasures at the flea market," Keck tells MyDomaine. "When people walk through the front door, I hope they feel comfortable and welcomed, but also a sense of joy and curiosity… like oh, what's that on your mantel?" Quite frankly, the burgeoning interior designer nailed it—but don't just take our word for it. Keep scrolling to take a tour of Keck's thoroughly charming, vintage-filled living room—and spot the painting of a famous matador on his mantel.

The living room's Spanish bones played a pivotal role in Keck's design process. "I tried to allow the beauty of the architectural details to act as another layer to the design," he explains. "I wanted pieces to bring out and complement what was already there, like the fireplace, the rounded door moldings, the stained glass, and the beams."

Ninety percent of the furniture and décor in Keck's living room is vintage—which is no small feat. "It's taken me a lot of early-morning flea market adventures, but I'm proud of the pieces I've found," he tells us. "I feel like the joy it's brought me in finding and displaying them comes through in the design," he adds. "Especially the way I light up and get excited when people start asking me about the different pieces." 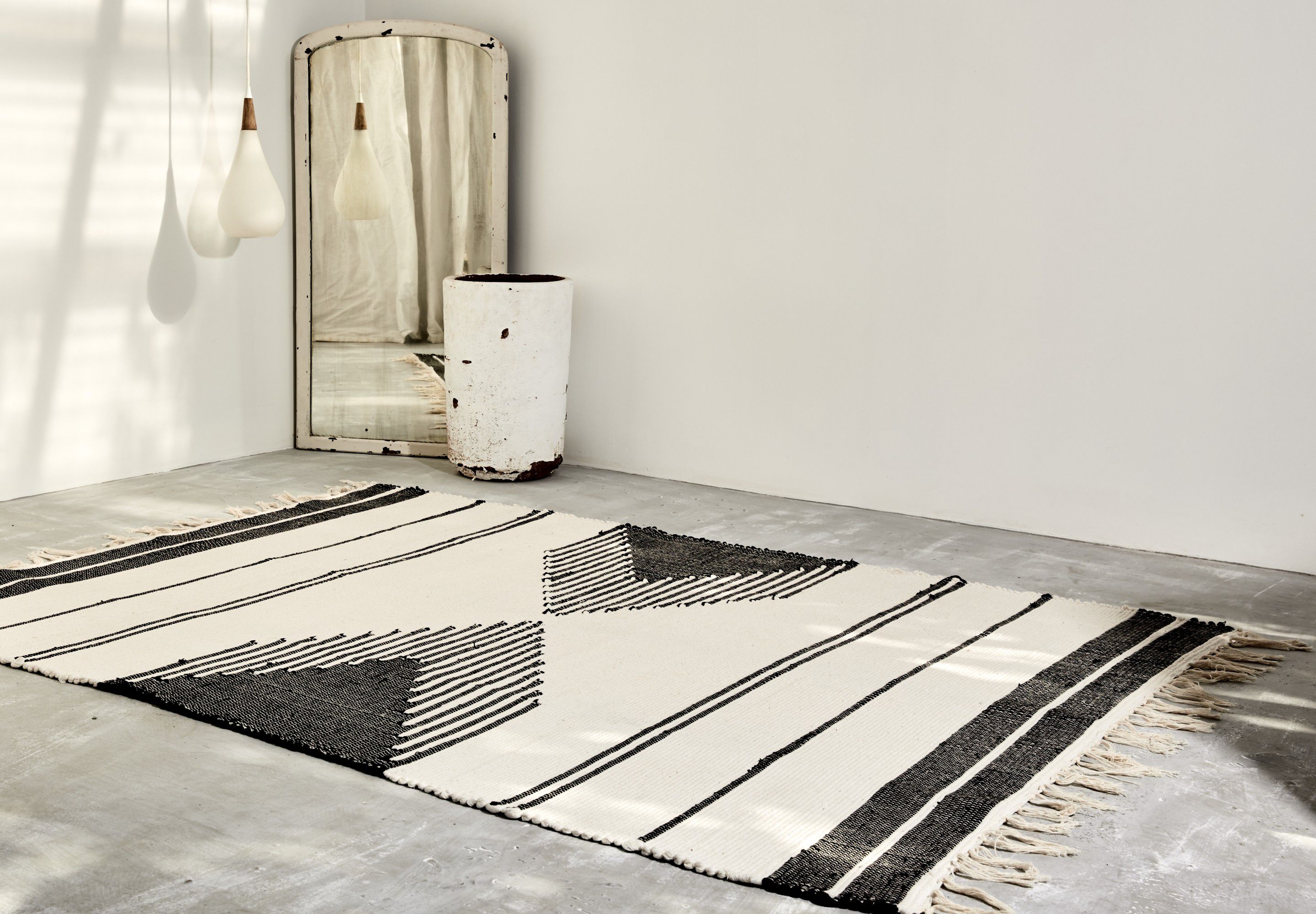 Among Keck's greatest finds is a vintage Mel Smilow sofa that he got for a great deal, he divulges to MyDomaine. "It's missing the back and side cushions, but I love it that way, it's structural and shows the beautiful shape plus it just adds a vibe to the room," he says.

It's clear that Keck loves collecting—so much so that the biggest challenge was narrowing down his favorite vintage pieces. "I have a garage full of treasures that I like to pull from, but I tried to pick pieces that mean the most to me and make me feel happy or ignite a great memory," he tells us.

One of Keck's favorite pieces is the painting of the gentleman in the hat that resides on the mantel. "It's dated 1916, and I was told he was a Spanish matador," Keck tells MyDomaine. "I love that the paint has chipped off on his face and his eyes a little, it adds so much character."

Keck's vintage-filled living room is proof that styling a chic space can be done on a dime. "Creating a home that feels unique, fun, and full of personality doesn't have to cost a ton of money," he says. "I'm proud of the fact that this design is 90 percent vintage," says Keck. "I've really always felt a little bit like an archeologist, digging through estate sales, thrift stores, and flea markets trying to find and uncover cool vintage things and then bringing them back into the spotlight."

Some of Keck's most treasured pieces are also the most personal. "My dad was a pilot, so I love that I found some antique toy propellers for $8 and just lined them up on a shelf." However, a little ingenuity can also go a long way in repurposing vintage finds. "I found some ashtrays from the 1940s for 50 cents each and stacked them, and they look like a cool piece of pottery," says Keck. "It's the blue one with the white triangles on my shelf," he points out. "As you can tell, I wear these cheap deals like a true badge of honor."

According to Keck, you never know where you'll find a vintage piece you absolutely love—sometimes true gems are hidden in the most unassuming places. "I've literally dug through piles of absolute junk and then found something really special that I knew would look great on a bookshelf or side table," he says.

One of the most rewarding things about going vintage is embracing the provenance of a particular piece, says Keck. "It makes me so happy to think I'm out there finding treasures that have history and character but were tossed aside, and now I'm bringing them back and letting them have their moment again… this time just with some beautiful patina, grit, and character," he says.