How to Get This Cozy Family Room Look for Less

Lauren Jones has over five years experience as a writer and editor who specializes in architecture and home interiors. Her work has appeared on MyDomaine, Architectural Digest, and Apartment Therapy. She has contributed content to MyDomaine since February 2021.

Designer Michael Viviano was thrilled when he was chosen to participate in the most recent Kips Bay Decorator Show House. A newcomer to the Kips Bay organization and the show house tour circuit, he was tasked with designing one of the largest rooms in the house: the family room.

Located in Dallas’ prestigious Woodland Estates neighborhood, the 11,000-square-foot mega mansion was decked out by designers over a three-month period before opening to the public in September.

“We found out we got in the show house in June, and then in July, they announced the room assignments,” Viviano recalls. “We were very grateful to be selected for such a prominent room, especially as an emerging studio.”

Each Kips Bay room requires an immense amount of planning, and while it can be stressful, the pay off is well worth it. There are no parameters when it comes to creative direction, and for the designers, it’s a time to show off their skills and create an immersive, imaginative experience. “You are handed the keys to do whatever you want,” he says.

Viviano, who is known for his darker, somewhat macabre style, went with a similar look for the family room, which is placed at the very back of the first floor—past the grand entryway, two kitchens, sitting room, pattern-heavy stairwell, living room, and patio.

“By the time people got there, we wanted them to feel at peace and like the room drew them back into the space and let their minds wander and relax,” he says.

The room, entitled “We Tell Ourselves Stories,” as a nod to Joan Didion’s “We Tell Ourselves Stories In Order to Live” was inspired by the act of storytelling and blending both reality and fantasy. There are Viviano custom chaises—with cast bronze lions' feet for a C.S. Lewis feel—a sculptural bird bath, and two quintessential Hans Wegner Papa Bear Chairs, which are “a dream to sit in and appear anthropomorphic,” according to Vivano.

There is also plenty of abstract artwork, including a Kent Dorn canvas adorned with a rainbow against the night sky. The goal was to create something that felt familiar and comfortable, but still imaginative— and to a degree, intellectual.

Other key pieces in the space include the highly-detailed vintage Oushak carpets, a William and Mary chest with black lacquer and gilt chinoiserie from the late 17th century, the tapestry above the fireplace, and bevvy of hand-curated art pieces that feel like they could truly be a part of someone’s real collection. While the tapestry channels something one’s grandmother might own, it’s also a focal point and a spot for reflection and intrigue.

Overall, the space focuses on quiet, layered sophistication with soothing tones. “We didn’t want a particularly bright fairytale,” Viviano remarks. “That would’ve felt bizarre for the times we are in.”

While 17th century antiques or custom chaises are not in everyone’s budget, the designer has pulled together a few suggestions for how to get this look for less.

Brown Sofa at Left of Fireplace:

In the show house, Viviano went with the  "Belgard" by Dmitriy, which is priced from $11,500 for the 96" model. Replace it with the "Aura" by Bensen for almost half the price.

Pair of White Lounge Chairs at Right of Fireplace:

The Hans Wegner Papa Bear chairs were $32,000. Don’t have that kind of budget? Go for a pair of Catch Lounge chairs, designed by Jaime Hayon for &tradition. 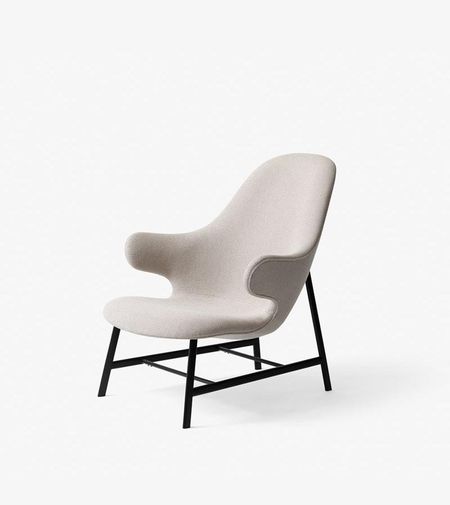 The Kips Bay table was a black $5,000 Nero Marquina marble table from Viviano’s own line with Stone Boutique. The Canteen Coffee Table by Piet Hien Eek from the Future Perfect is a great dupe for half the price. 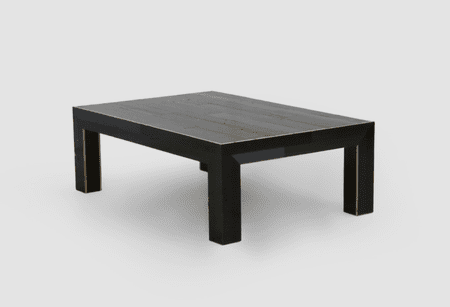 The rare Tobia Scarpa Nuvola chandelier by Flos is an excellent example of the brand’s now-famous technology from the 1960s: spun resin over a skeletal metal frame that produces cocoon or cloud-like illuminated forms. For nearly a quarter of the price of the Flos chandelier, pick up the Phantom Lamp by Normann Copenhagen. 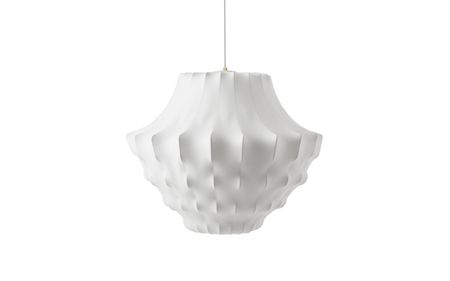