Everything You Need to Know About Midcentury Modern Homes 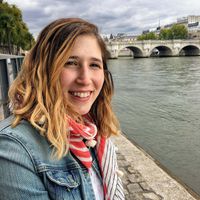 Midcentury modern is one of those décor trends that seems to never go out of style. Characterized by its horizontal, open-concept spaces and unique focus on integrating nature, midcentury modern design is all about pushing the envelope.

Midcentury modern architecture was designed to be both aesthetically beautiful but also very functional, with an active family's needs in mind. Today, the midcentury design is just as suited to our busy daily lives as it was back in the 1950s when it rose to fame.

If you're considering a midcentury home, here's everything you need to know about the exterior, interior, and key characteristics of these timeless spaces.

The History of Midcentury Modern Homes

Midcentury modern describes the period of architectural design from roughly the mid-1940s through the mid-1960s. A part of the overall modernist movement, midcentury modern was a time when designers took risks and really began to experiment with interiors.

Driven in part by the end of World War II, architects were able to play with new materials such as steel and plywood, enabling them to create new forms and focus on functionality as well as beauty. In contrast to the opulent, ornate design of the early 20th century, midcentury modern featured clean lines and streamlined shapes.

Early midcentury architects, such as Charles and Ray Eames and Frank Lloyd Wright, really defined the design for the rest of the era.

A midcentury home has a strong focus on nature. Spaces were created to embrace the outdoors and will feature oversized windows and transitional indoor-outdoor spaces. The goal is to let as much light in as possible, making it feel as though you're never truly separated from the outside world.

Midcentury homes also feature flat planes with straight lines, as they are often ranch-style homes or split-level homes with flat or slightly pitched roofs. You will find a lot of small changes in elevation throughout the home, such as sunken living rooms or half-levels partially underground. From the outside, this can make the house appear asymmetrical, which adds a lot of visual interest and contributes to the curb appeal of a midcentury home.

Inside a Midcentury Modern Home

Because many midcentury homes are single stories or split-levels, you will often find bedrooms and living spaces on the same level, but on opposite sides of the house. There may be multiple decks or ways of accessing outdoor areas, as nature is a key element of a midcentury home.

When it comes to color schemes and palettes, midcentury colors are typically muted, but bold. Think mustard yellow, burnt orange, or rustic greens. While you may find a lot of neutral color palettes in today's midcentury homes, the traditional look rarely features simple white walls and instead takes chances with fun colors throughout.

That said, midcentury modern is definitely a minimalist look in many ways. Midcentury furniture features sleek, straight lines, and most materials used are naturalistic, such as walnut-toned wood or rattan.

The Return of Midcentury Modern Design

Though popularized in the mid-20th century, midcentury modern is definitely having a renaissance today. Today you can find many large online furniture dealers, such as Article, that specialize in replicated midcentury designs targeted towards millennial homeowners seeking to get that "Mad Men" style at home.

Additionally, where many homebuyers raced towards super-sized houses and new builds twenty years ago, much of the younger generation is interested in older homes with character. Midcentury modern houses offer a medium-sized footprint for a small family, are often more eco-friendly and sustainable than the McMansions of yesteryear.

While there is a lot of interest in the classic midcentury modern home built 70 years ago, many architects are also channeling this style in new builds today to appeal to a millennial generation that wants the midcentury look with the more modern, tech-forward updates.

Midcentury modern homes offer a stark contrast to many other historic designs, such as the craftsman or the cape cod, which allows them to be easily modernized and expanded for today's homebuyer.