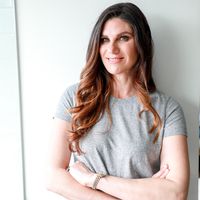 Leah is a contributing writer for MyDomaine, where she covers interior design. She has decades of experience, writing for sites like Apartment Therapy and Glamour.

It’s no secret that society has become do-it-yourself obsessed in the last decade. In addition to the HGTV explosion, transforming hosts of popular shows into household names and celebrities, there's also been the influence of social media, where normal-looking people make things like installing tiles, knocking down a wall, or putting up wallpaper look as easy as screwing in a lightbulb. Well, apparently this DIY revolution is giving younger adults a complex about their home renovation skills. According to a new survey, members of the millennial generation aren’t just disappointed when they can’t accomplish these tasks on their own—they are downright ashamed.﻿﻿

A recent online survey of more than 1,300 homeowners conducted by The Harris Poll and commissioned by Puls found that many millennial homeowners (aged 18-34) may feel pressured to project confidence they don’t actually feel when it comes to home maintenance and improvements—and a shocking number don’t even have the skills to change a lightbulb!﻿﻿

Forty-two percent of those surveyed admitted to feeling embarrassed by their lack of home maintenance knowledge, while 60 perfect confessed to feeling pressured to make their home look a certain way in order to impress friends or acquaintances. The survey also shows that nearly a third of millennial homeowners would be embarrassed to tell a friend that they hired someone for a home improvement project instead of opting to DIY.﻿﻿

If you do want to start tackling some DIY projects on your own, Michael Rowe, Home Maintenance Manager at Puls, suggests starting small. "I encourage people to tackle the simplest projects, such as hanging small pieces of art on the walls, assembling IKEA furniture, patching a small hole in the wall, changing a doorknob, or painting a small room,” he tells MyDomaine. “These projects are not inherently dangerous and can always be fixed by a professional if something goes wrong."

He suggests leaving certain jobs, that could be risky, to an expert.

"I recommend that people hire a professional for any electrical project, plumbing job, major drywall repair, major kitchen or bathroom remodel, and any roofing repairs,” he continues. “Getting on the roof is dangerous if you're not experienced and you can also seriously damage your roof if you don't know what you're doing.”

Additionally, drywall repairs might seem easy, but he points out that people often mess up by using the wrong type of drywall so it doesn't match properly. Even hanging big light fixtures can be very complicated, not to mention dangerous. “There are a lot of wires that need to be connected properly,” he points out. Likewise, ceiling fans that have both a switch for the fan and another switch for the light are quite complicated. When it comes to electrical work, running any kind of new wiring should be left to a professional. “If you come across a burnt plug or outlet, definitely have a professional address it because there could be additional damage behind the wall.”

As for plumbing issues, installing new pipes should always be done by a professional, because if not done properly it can lead to flooding. “No one wants flooding—that's going to cost you a whole lot more in the long run," he says.

Home Renovation 101: 5 Simple Upgrades That Aren't a Waste of Money
Article Sources
MyDomaine uses only high-quality, trusted sources, including peer-reviewed studies, to support the facts within our articles. Read our editorial guidelines to learn more about how we keep our content accurate, reliable and trustworthy.