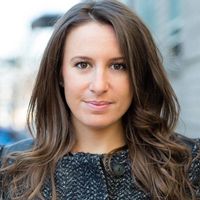 Meghan Rooney
Meghan Rooney is the Co-Founder and CEO of Ellevate and a contributing writer for MyDomaine with over 8 years of experience covering interior design and lifestyle.
MyDomaine's Editorial Guidelines
Meghan Rooney

When it comes to managing your personal finances, you're likely aware of the basics: don't spend more than you earn, make smart investments, and, most simply put, save your money. And it's fairly easy to find sound suggestions for how to do so, but some of the most valuable advice is actually what not to do to keep your finances in order for the future.

While it can be difficult to think far in advance when you're living paycheck to paycheck, there are a few approachable pointers to help you avoid the major pitfalls that can come your way—and ruin your financial plan (or even the loose one) you have in an instant. It's safe to say that these tips from Business Insider's recent article, written by the 52-year-old self-made millionaire behind ESI Money, are worth (we mean that literally) a thought when it comes to the right and wrong way to spend and save.

Below, find three of the main money mistakes to avoid, according to someone who has $3 million in the bank: