Raise your hand if you love ordering roasted chicken at restaurants but would never attempt cooking it at home. We get it. Cooking can be intimidating. From figuring out how to properly seasoning a protein to knowing when to add oil to a hot pan, getting in the kitchen can be daunting enough to make you want to cling to your remote and just watch Anthony Bourdain eat something delicious instead.

That said, we're here to help you get over your fears and master everything from roasting salmon to chopping vegetables, so we tapped 13 chefs to find out which common cooking mistakes you can (and should) avoid. After all, who better to weigh in on this topic than professionals who've clocked countless hours in the kitchen? Ahead, the pros divulge the mistakes they'd never make and how you can avoid making them too.

"Forgetting to season—or overseasoning (and underseasoning!)—food is huge," says chef Miles Thompson of Michael's Santa Monica. "Some salts are saltier than others, which is key to remember, especially when you're working with meat. It's easy to grab table salt at home, but I'd recommend picking up some kosher salt or sea salt the next time you're at the store. You're able to see the grains when you're prepping the meat. Then you could try using a finishing salt before you serve your dish. I typically use Maldon or fleur de sel." 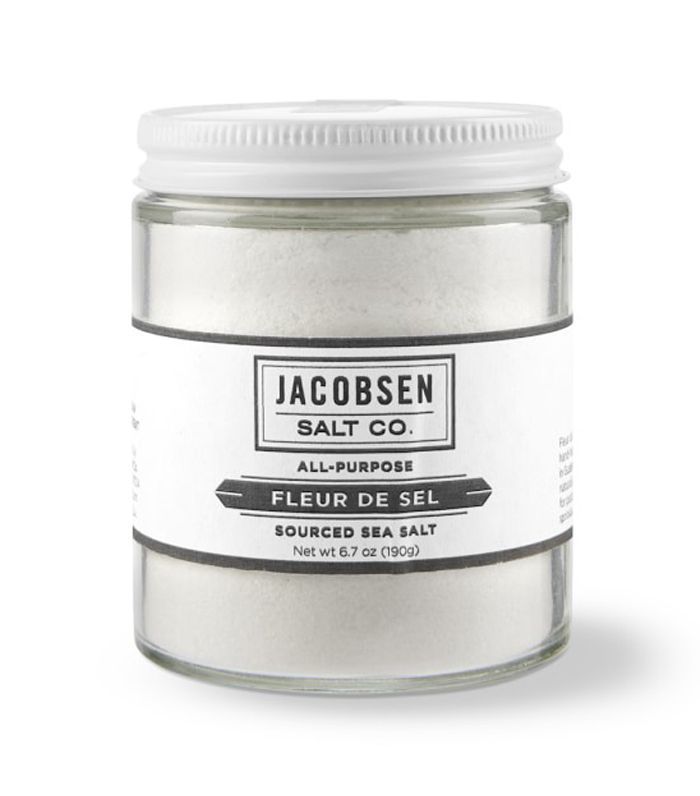 "I'm a baker, so I always notice when home cooks measure flour by volume," divulges chef Reem Assil of Dyafa in Oakland, California. "As a rule of thumb, always measure everything by weight—it's more precise," she explains. "But if you have to go the volume route, don't pack your flour. You'll likely end up with something very dense. Instead, try scooping a heaping amount before using your finger (or a spoon) to level out the top."

"One cooking mistake at home chefs can avoid is not using the right salt," advises Neal Fraser, chef and owner of Redbird in Los Angeles. "I use Diamond Crystal kosher salt, as the salt crystals are bigger and easier to handle than a more fine crystal salt," he adds. "This makes it easier to season dishes, as you can really see what you're working with." 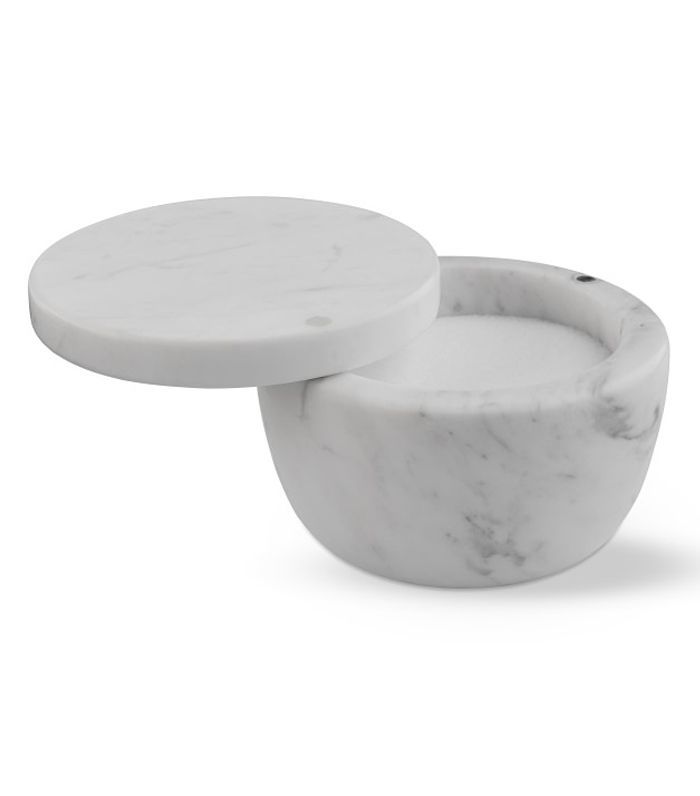 "I learned to put hard-boiled eggs in cold water after boiling them so they don't turn gray around the yolk," divulges Marge Manzke, pastry chef and co-owner of Los Angeles's République and Sari Sari Store. 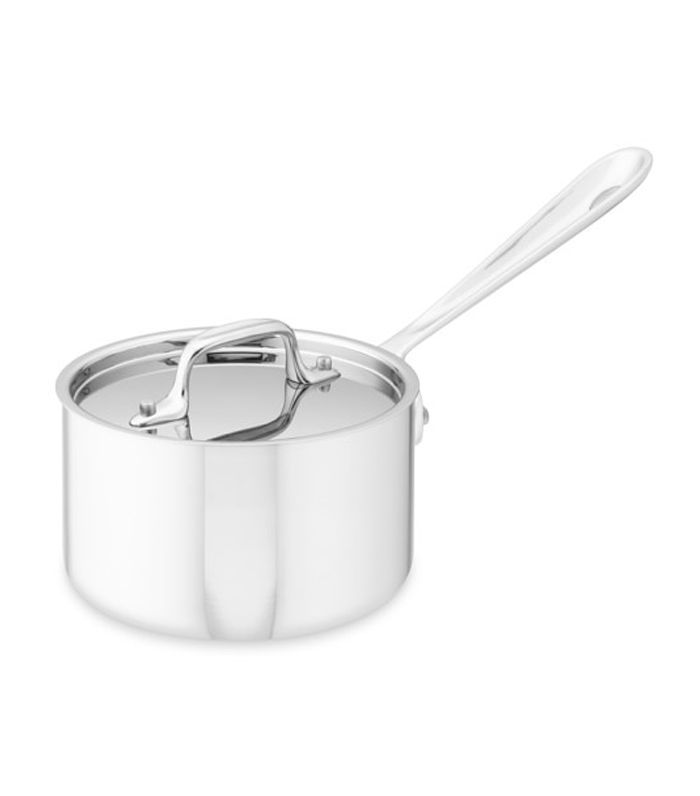 Trussing a Chicken at Room Temperature

"Many home chefs don't know that you should cook a whole chicken in a hot oven at first," explains Michael Kornick, executive chef at Marshall's Landing in Chicago. "Don't truss and start the bird at room temperature," he advises. "Also, season the bird lightly, as it doesn't penetrate the skin well." 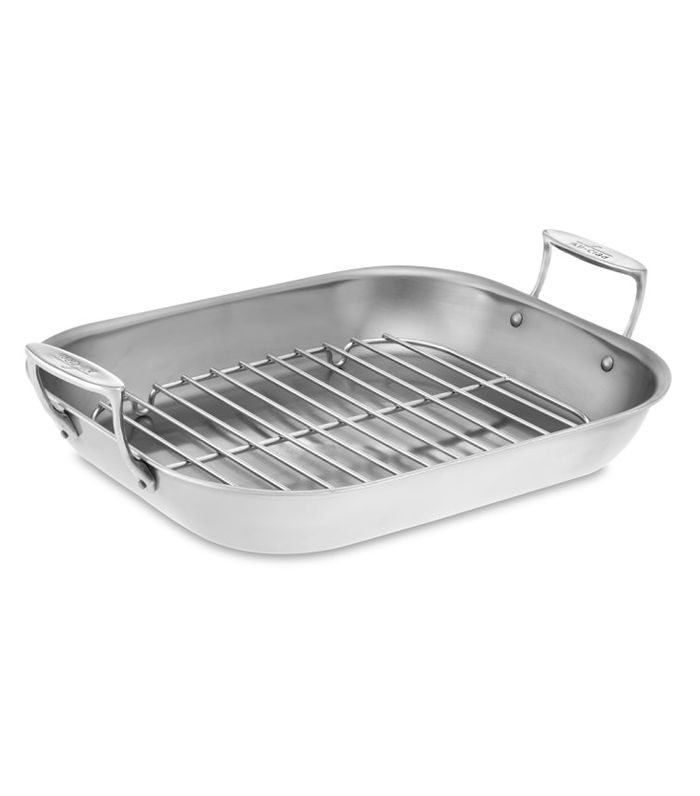 Cooking Meat Straight Out of the Refrigerator

"I never cook a piece of meat straight out of the refrigerator," says chef Ray Garcia of Los Angeles's Broken Spanish and BS Taqueria. "For steaks, fish filets, and pieces of chicken, I let them come to room temperature for at least 15 minutes," he adds. "Larger items like whole chickens, turkeys, or roasts should temper for much longer."

Adding Oil to a Pan Too Soon

"Home cooks often times add oil to a pan or pot too early," explains Mei Lin, chef and owner of Nightshade in Los Angeles. "When you put a pan on the stove, you want the pan to heat up before adding the oil." 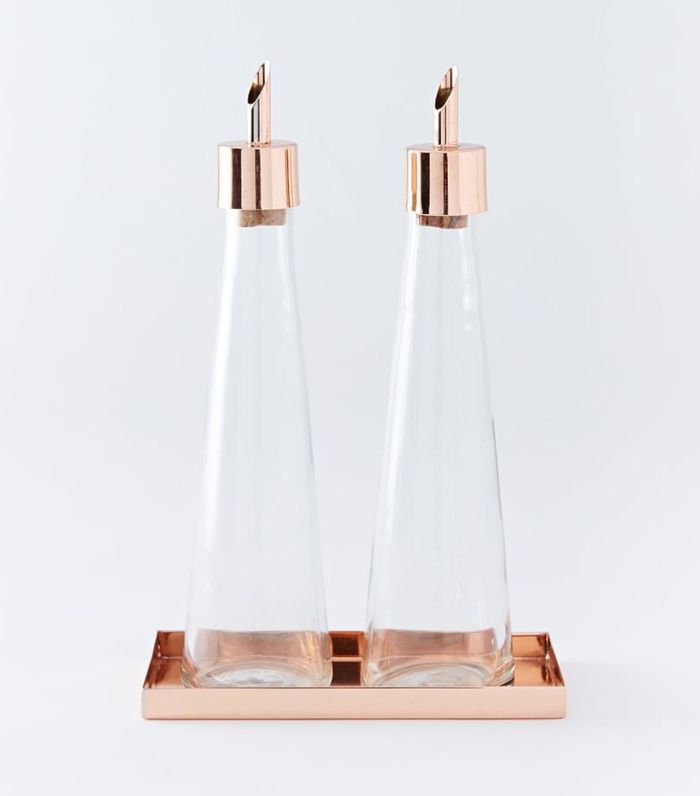 Putting Knives in the Dishwasher

"A chef would never make the mistake of putting knives in the dishwasher," says Scot Jones, executive chef of L.A.'s Crossroads. "The harsh detergent dulls the blade," he explains. 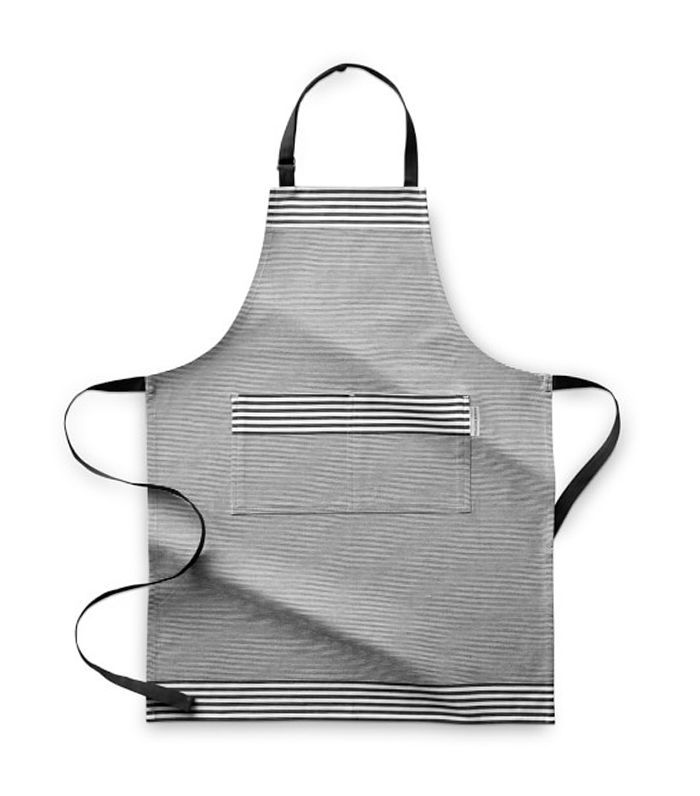 "The biggest mistake home cooks make is not having a kitchen mise en place—a French culinary phrase for keeping everything in its place," observes Jose Guerrero, executive chef of ViewHouse Eatery, Bar & Rooftop in Denver. "It's important to visualize what you're doing before you do it," he explains. "For instance, properly prepping means gathering all the materials that you need for a recipe, measuring out all the ingredients, and cleaning your prep area as you cook," he adds. "When you don't do these things, it creates disorganization that leads to a bigger mess, errors, extraneous cleanup, chaos, and a longer time spent cooking." 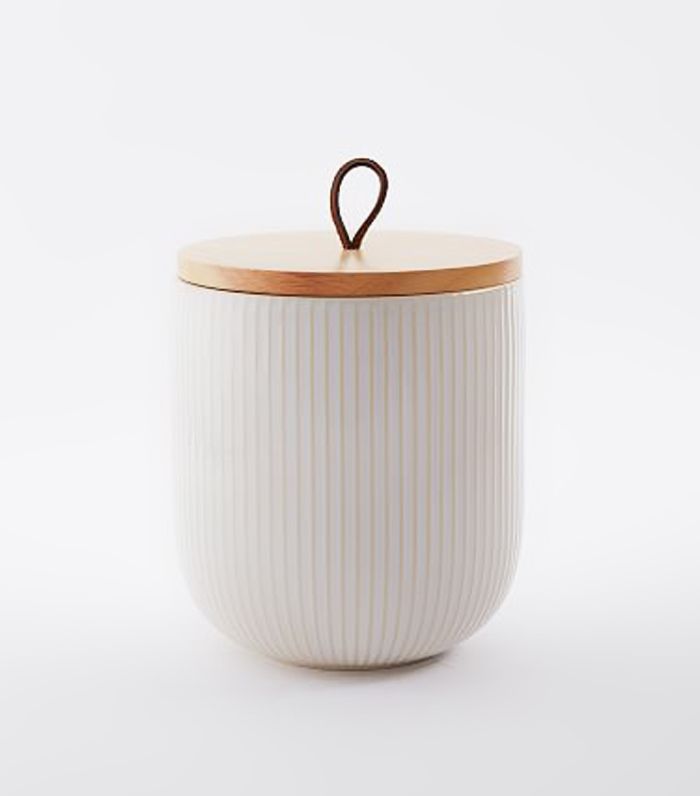 "The biggest mistake home cooks make is not using enough salt to season at every stage of the process," says Charles Toshio Namba, chef and owner of L.A.'s Tsubaki. "Salt is there to bring out the other flavors of the food—not just to make it taste salty—and I often see home cooks afraid of salt. Other mistakes include starting food in a cold pan in cold oil rather than heating it up properly before cooking, and not letting meat rest before cutting into it." 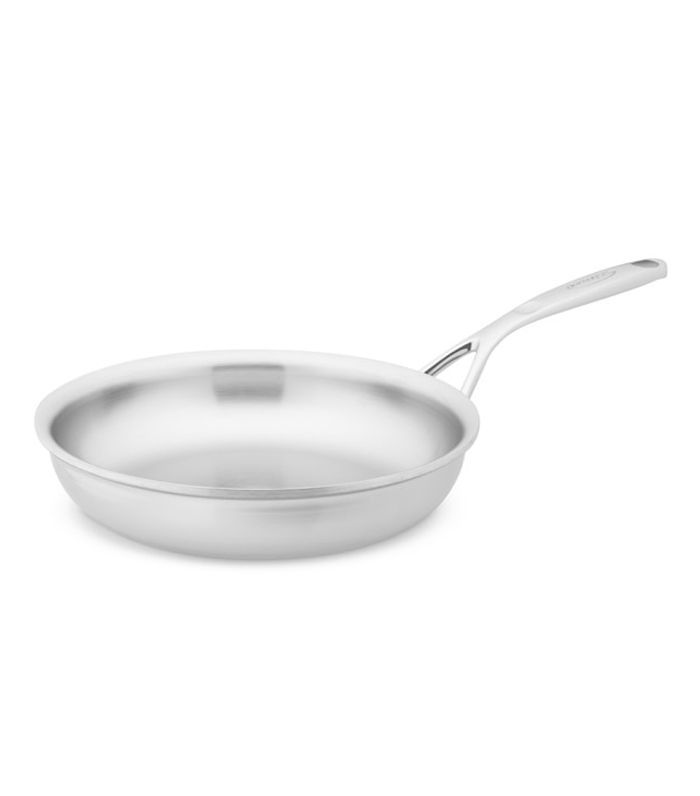 "When making ice cream or anything that is to be served cold, I always make sure to overseason it slightly because I know flavor is subdued on the palate when it's delivered cold," explains Adrienne Borlongan, chef and owner of Wanderlust Creamery in L.A.

Slicing Meat Without Letting It Rest

"Something home chefs always forget about is resting your meat before slicing and or serving it," observes Andrew Kirschner, chef and owner of Tar & Roses in Santa Monica. "It's crucial that all meat rest for anywhere from five to 30 minutes before serving, depending on the size and cut of the meat. Resting meat allows all the juices to remain in the meat rather than being left on the cutting board or plate." 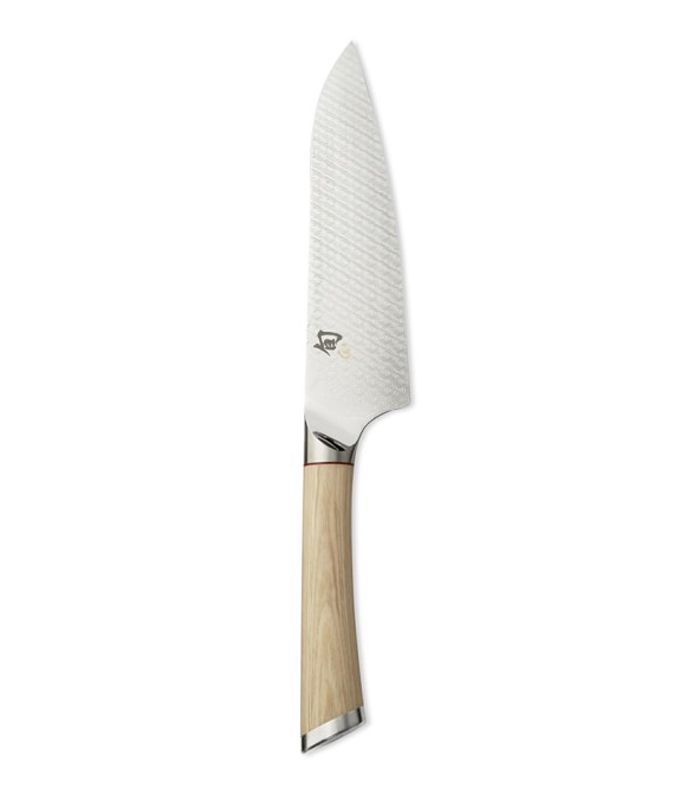 "Rather than relying on high heat, to get a chicken nice and moist, I recommend slow-cooking it on the grill," explains chef Angelo Auriana of L.A.'s Officine Brera. "Naturally I use Italian cooking methods, but there are plenty of ways to prepare chicken to preserve flavor and moistness that's generally lost when cooking to proper temperatures to avoiding salmonella poisoning," he adds. "For the home cook, it's easiest and most helpful to use a thermometer and follow recommended temperatures by health organizations, which is currently 165ºF." 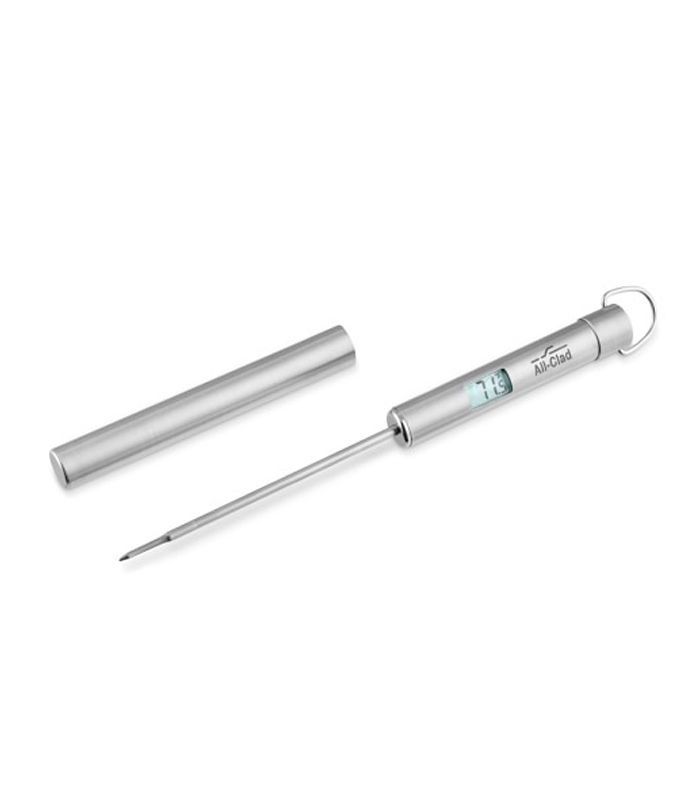 Up next, here are the five essential kitchen tools a top chef never cooks without.