I Never Entertain Without This Simple 3-Ingredient Cocktail From Venice, Italy 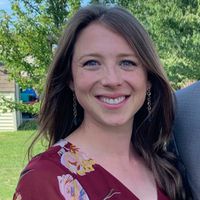 Maryn Liles
Maryn is a seasoned lifestyle and travel writer who's always on the lookout for what's new and next. She has over 10 years of experience in editorial.
MyDomaine's Editorial Guidelines

It sounds fancy and exotic when I call it an “after dinner drink” and mention that a charming Italian waiter shared the recipe with me while I was visiting Venice, Italy with my dad. But the truth is, sgroppino is the easiest, most low-key dessert cocktail recipe ever—which is precisely why it’s my hostessing secret weapon.

That, and because it’s a total crowd-pleaser, too.

I discovered it on the last day of our trip, when my dad and I were having dinner on the famed island of Murano, at a table that sat right by the edge of the canal. We shared a giant (truly, giant) skillet full of handmade noodles topped with tons of fresh seafood—mussels, clams, prawns, you name it. As a seafood lover and self-proclaimed pasta connoisseur, I was in heaven. To this day, that’s still my favorite meal I’ve ever had.

But it’s what came after dinner that really sealed the deal: two complimentary glasses of sgroppino.

I’d never tried it before; I’d never even heard of it. But in that first sip, I became a devoted fan based on the taste alone—and that was before I found out how easy it is to make!

Our waiter, Alesso, happily scribbled down the recipe on a torn-out page page from his ordering book when I asked him how I could recreate it at home.

Sgroppino has been my signature after-dinner crowd-pleaser ever since.

That makes it sound like I’m a natural hostess—but that couldn’t be further from the truth. If I’m being honest, I’m a total slacker when it comes to cooking for friends and family. I tend to like the idea of having people over for dinner more than the reality of it, which is why any life hack that makes the day-of festivities go a bit more smoothly is a winner in my book.

For starters, the recipe, which originated in Venice, has only three ingredients: vodka, lemon ice cream, and sparkling wine. (Read: I don’t have to buy a bunch of extra groceries.) The amounts of each ingredient are approximate, too, so it’s almost impossible to make it wrong.

Add in the fact that it takes just a few seconds to make and doubles as dessert, and you can see why serving my guests a glass of sgroppino after dinner is my favorite hostessing trick in the book. There’s a refreshing lightness to sgroppino thanks to the combo of lemon and bubbly, so it’s not too heavy after a big meal—yet just the right amount of creamy sweetness to be considered a “dessert”.

Plus, since most people have never tried it, it’s the perfect, no-fuss treat to end the night with.