Stressed about an important meeting at work? Imagine if that nerve-wracking event was all there was; if you'd been preparing for years for that single, seminal moment, and afterward you'd be judged and scrutinized by millions of people around the world based on your performance. If you thought your workday was stressful, consider the pressure on the thousands of athletes who traveled to Rio de Janeiro for the 2016 Olympic Games.

While their typical workday looks nothing like our own, their insight about how to stay focused and motivated isn't confined to the sports arena. In fact, many told MyDomaine that the lessons they've learned on the field help propel them in business, too. To find out their top tips, we spoke to athletes heading to the 2016 Olympic and Paralympic games, former world-class medalists, and the coaches who help them hit their goals. This is the secret to success, according to Olympians.

Olympians agree—the number one habit that will help you reach your goal is to visualize success. The vast majority of athletes and coaches we spoke to said that picturing the process, not just the end result, is key. "When you close your eyes and paint the full sensory picture (see, smell, feel, etc.) of you achieving your goal, it’s like giving your brain a practice round. Not only does it make your goal tangible and thus more motivating, but it stimulates the same part of the brain as actually doing it," says Jason Rogers, a former U.S. Olympic fencer and founder of Better Fencer. "In my experience, unless I’ve visualized how I can achieve something big and scary—in sport or business—I haven’t unlocked my full potential to actually go and do it."

Fourteen-year-old world champion swimmer Tiffany Thomas Kane is heading to Rio for her first-ever Paralympic games, and says visualization helps her rise to the challenge. "My routine is to visualize my goals and what is coming up and see how it could potentially change my life," she tells MyDomaine. Being present in that moment and focusing your mind on the big picture helps her prep for success.

We're always intrigued by the morning and nightly routines of successful women, and it turns out that athletes can also offer inspiring insight about the best way to start and end your day. Olympic swimmer and seven-time gold medalist James Magnussen says his daily routine helps him stay on track to achieve his goals. "I think about my goals when I wake up and what I have to do that day. Then, at the end of the day, I do a recap and think about what I did well and what I could have improved," he says. "Athletes can become solely focused on long-term goals and lose sight of what they have to do each day in order to achieve those goals."

If you tend to compare yourself to high-achieving colleagues, Shannon Miller, the most decorated gymnast in American history and a seven-time Olympic medalist, says you're making a common mistake. "I was very focused as an athlete. I didn’t watch the other athletes; I didn’t look at my scores," she tells MyDomaine. "What mattered to me was going up and hitting my routines, giving it 100% every time out. That’s what I could control, so that’s what I focused on."

The moment before a job interview or race can be terrifying—your heart is pounding and your nerves are at an all-time high. Take a moment to steady yourself, says Rogers, who believes performance is about finding the right headspace. "I found that if I could remind myself of certain principles before a competition or match, it was easier for me to find the ‘zone.' I used the mnemonic device E.G.O. to sit quietly and review them to get my head in the right place," he explains.

Keen to try this yourself? This is Roger's pre-game ritual:

Australian Olympic swim team coach Lach Falvey is prepping multiple athletes for this year's games and says there's one habit that can derail their success. "It's easy for athletes to get tunnel vision and get caught up on the end goal without paying attention to the process along the way," he says, noting that small daily plans are key to stay focused. "I find those [who] lose sight of the small steps and processes are those [who] lose motivation when things aren't going as planned."

Rogers says his former teammate, two-time Olympian Soren Thompson, swears by making mini-plans to hit big goals. "[He] designed every single day of his life, starting one-and-a-half years out from 2012 Olympics," he says, noting it's an extreme example. "Success is a system and when the going gets tough, you need to know where you are going."

If you're struggling with waning motivation, coaches and athletes agree that the secret is recalling why you've chosen your profession. "I think it’s easy to lose motivation when you forget why you are doing the sport in the first place," says Miller. "If you lose that spark, that passion, it’s easy to move through a workout without truly giving it your all. You have to want it."

Similarly, Falvey says he prompts his Olympic team to recall why they love the sport, to maintain passion. "I never want to just tick the box or go through the motions, as I think that is one of the most disadvantageous things in life. Coaching is what I love and care about and it's that passion that motivates me."

"The two most common mistakes athletes make are listening to too many people or not listening at all," says Olympic track and field coach James Fitzgerald. In preparation for the Rio Olympic Games, he says his role it to remind athletes to focus and build a network of people they can trust. "Some athletes will take on too many options and begin to question themselves. [Others] will isolate themselves and forget that informed decisions and choices got them to this point. A good coach will know when to act in both situations and refocus their athlete," he says. The take home? In stressful situations, call on people you know and trust, like valued colleagues or mentors. Listen to the right people to regain your focus.

Granted, ambition is a vital quality to charge you to achieve your goals, but don't underestimate the importance of patience during the process. We learned this lesson from 19-year-old first-time Olympic swimmer Georgia Bohl, who says her career motto has helped her stay calm and focused in the lead-up to the games. "My mantra is 'life's too short to be upset or angry. Make the most of every situation you are in and don't be too hard on yourself,'" she says. "Everything happens in due time, you just have to be patient and be willing to do what it takes to get you there." You don't have to be an Olympian to follow her measured and mature advice.

Feeling motivated? Get your head in the game with these boss buys. 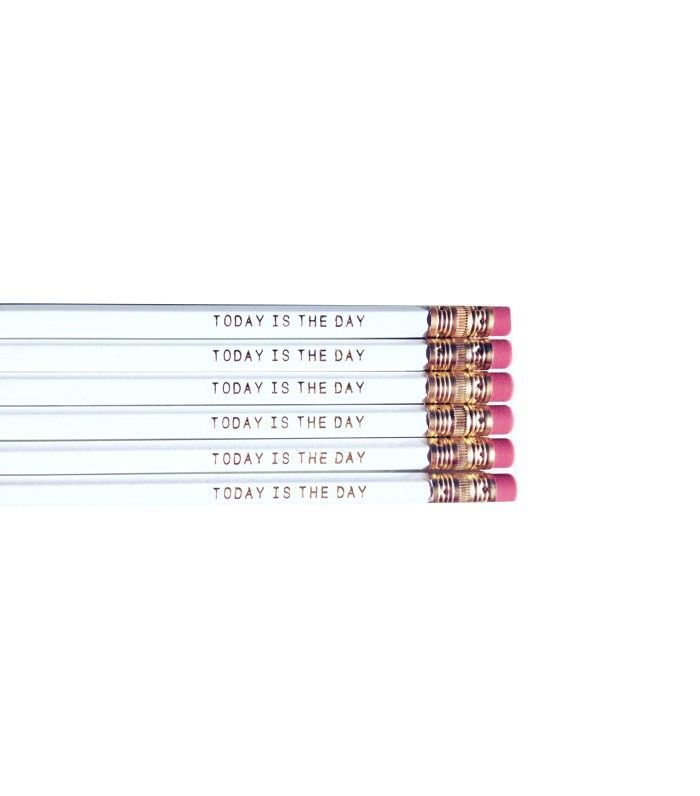 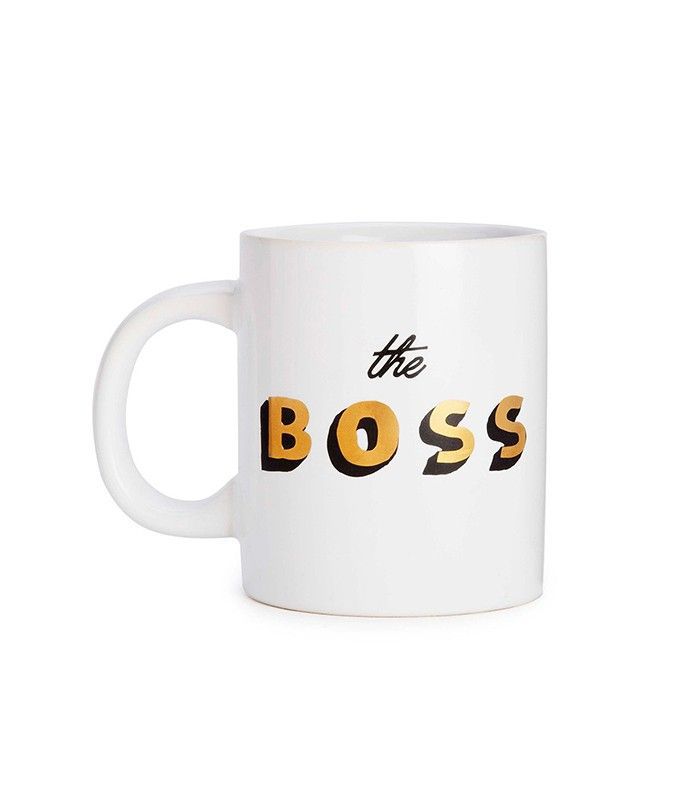 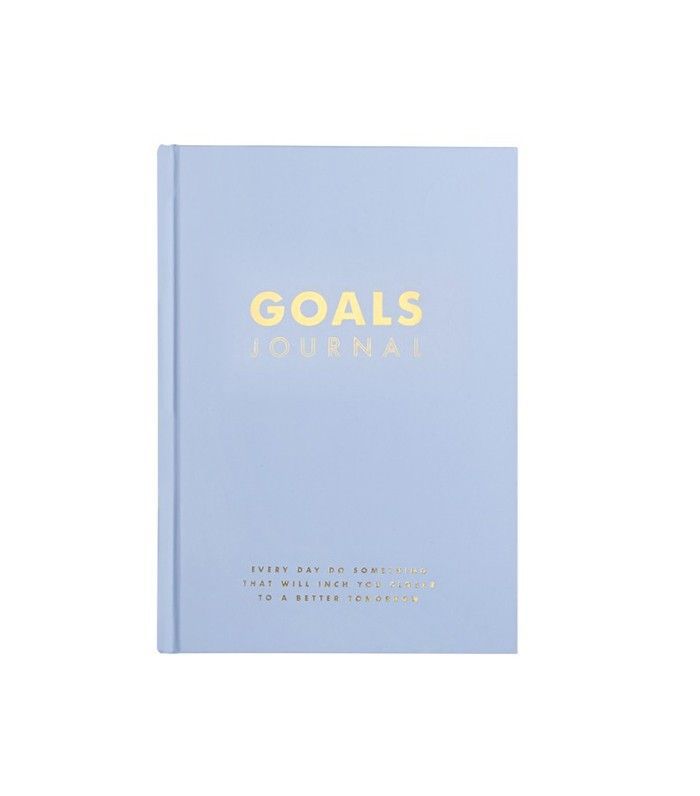