How to Host a Grown-Up Game Night for the Books

There are a million things to do with friends, but most of us opt for the same old, same old. While there’s nothing wrong with falling back on tried-and-true plans like grabbing drinks or catching a movie, we’re going to suggest planning a get-together that’ll break up your usual routine. The next time you’re scheduling quality time with your pals, why not shake things up and offer to host an at-home game night?

At once intimate and interactive, staying in for a game night is going to be your new favorite way to spend a Saturday evening—trust us. The key is to invite the right number of guests, serve up some fun finger food, and create a fun space to play games by clearing off the coffee table and rounding up some extra seating options.

Below, some of our go-to party games for adults. We guarantee playing them will quickly become a beloved tradition. 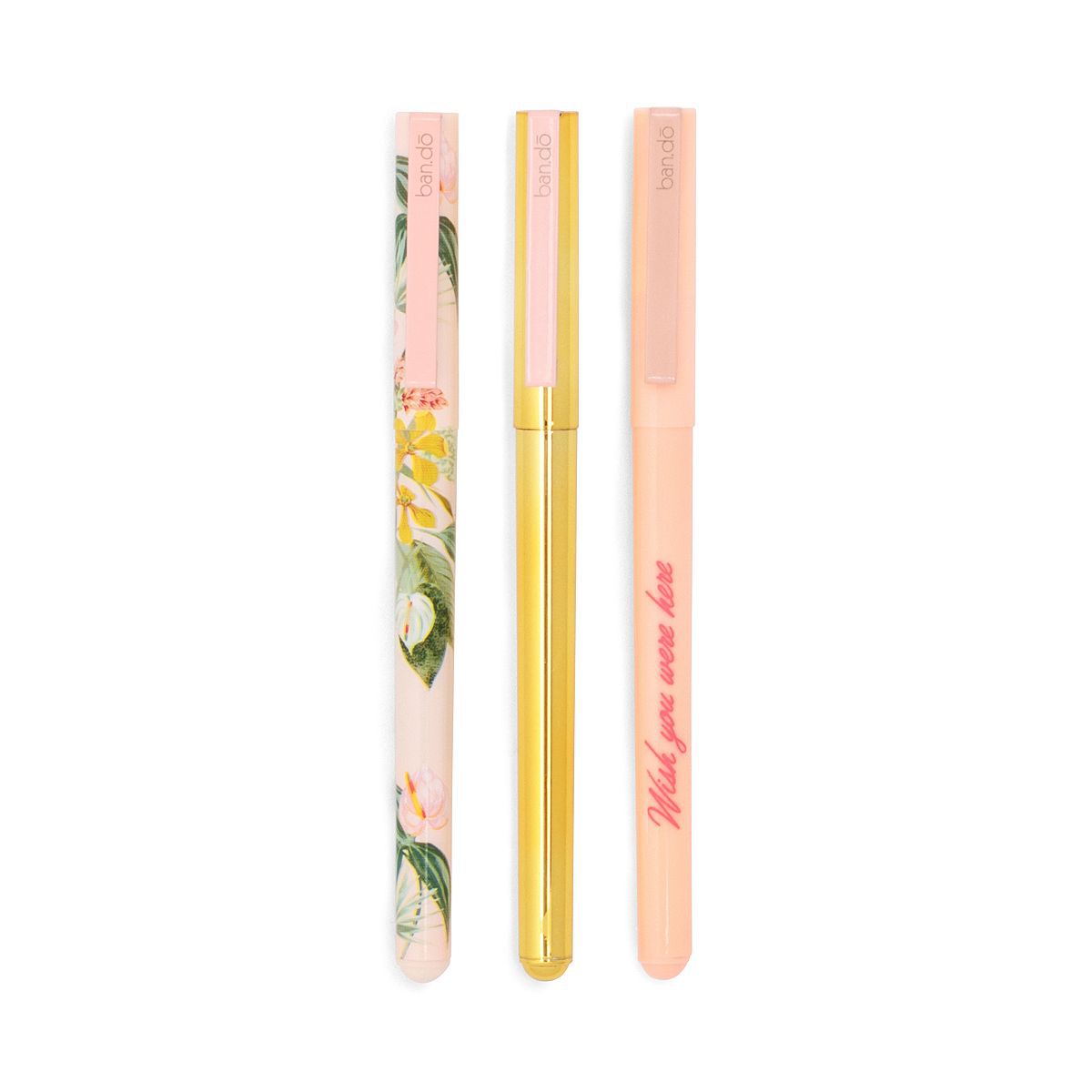 All you need to get a lively game of charades going is a pen, paper, and hat or bowl. While you can use apps other methods to automatically come up with celebrity names, funny nouns, and verbs, nothing beats having all your friends contribute their own ideas to the pot. If you have enough people, split up into teams, set a timer, and keep track of who's the best at acting out silly phrases and words. 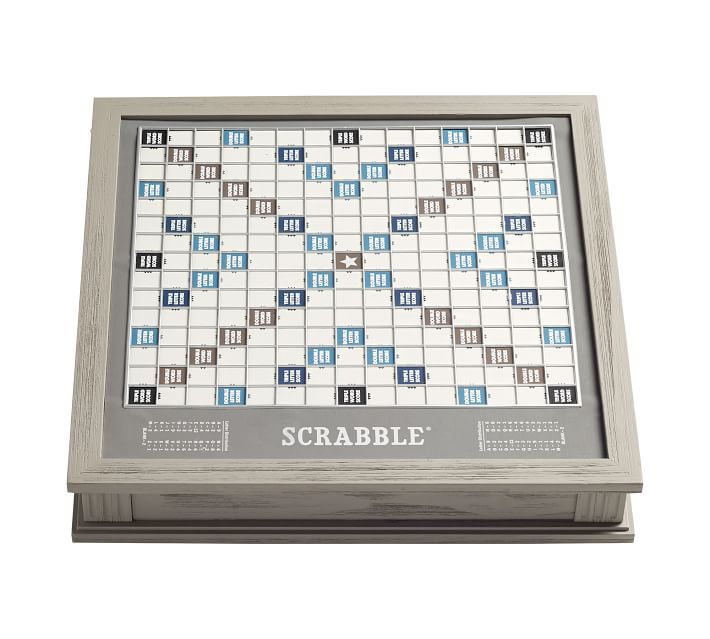 Scrabble may sound like a boring game but with the right group, the witty challenge can be fun and competitive. It's perfect for small groups or you can split up into teams if you have more people. 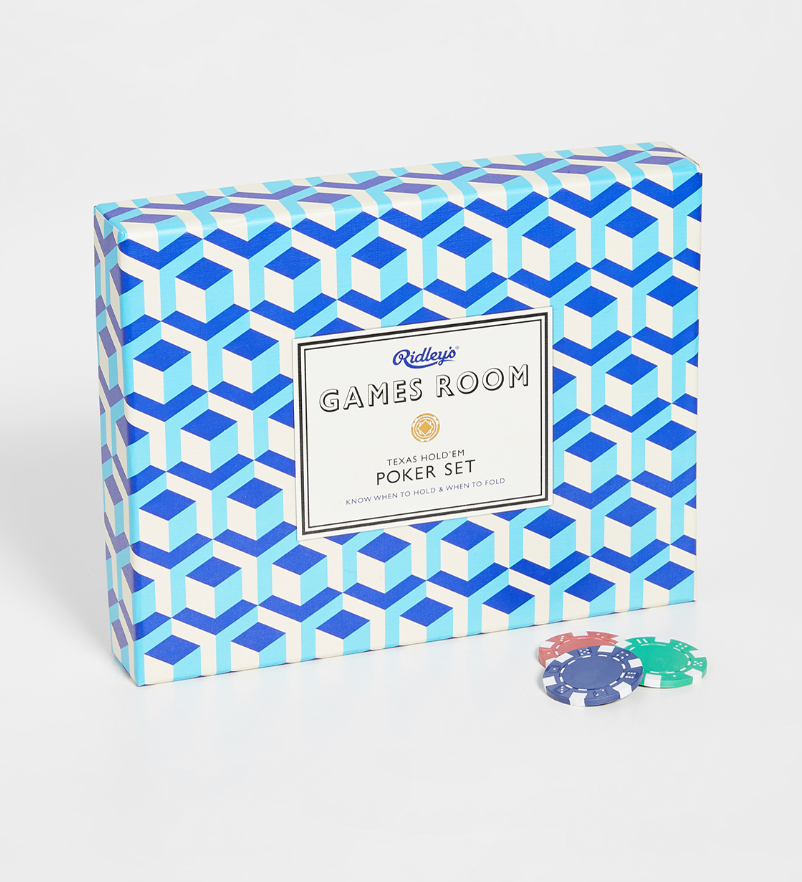 Stick to the classics and host a few rounds of poker at your next soirée. Just be sure that you and all of your guests know how the game is played and clearly define how seriously you plan on taking the card game. Bet with money for the real deal or keep things light and friendly and play for the title of winner, not for cash. 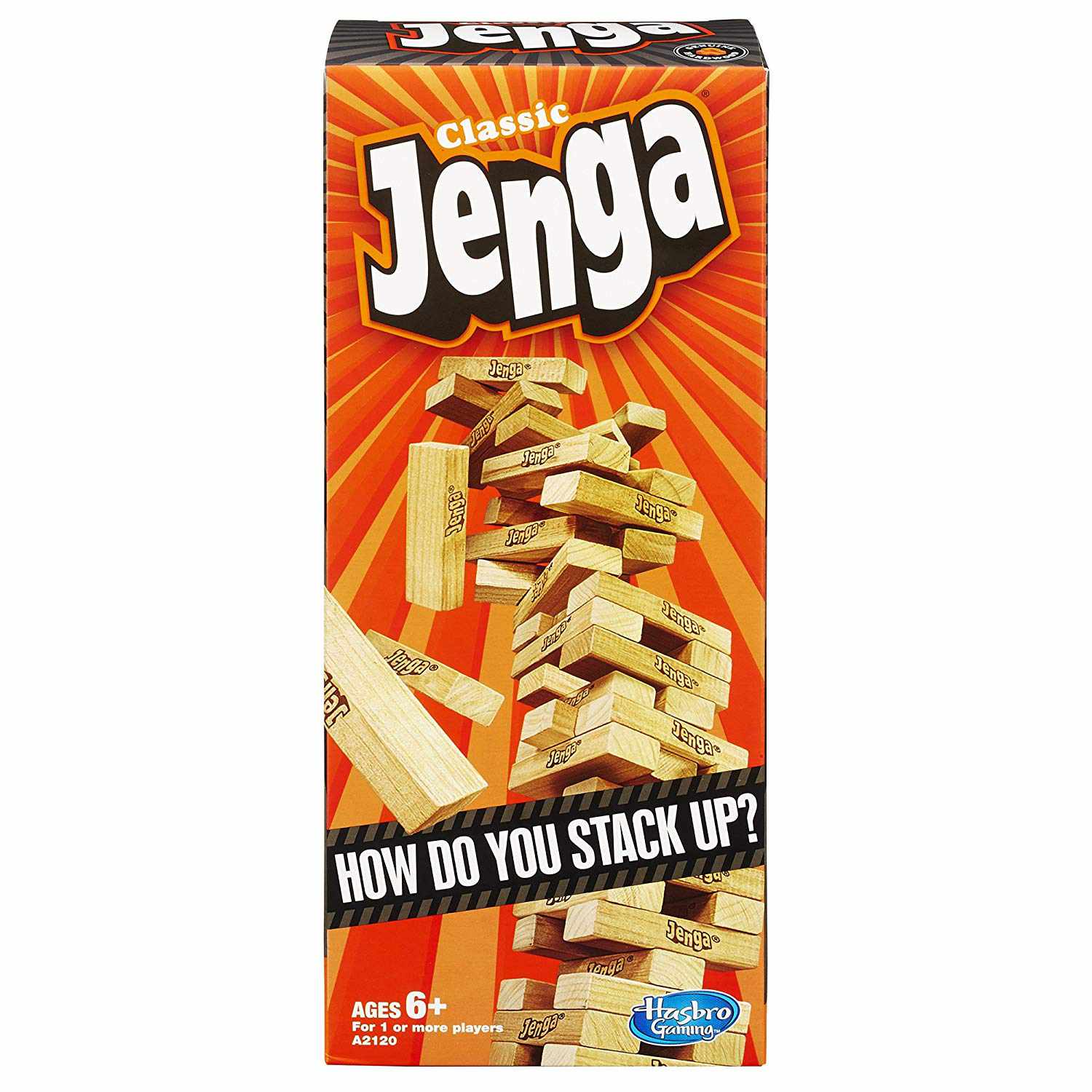 If you're not afraid of making a mess, pull out a set of Jenga to get any adult game night going. You'll be surprised how quickly you and your friends get into the seemingly simple game that involves carefully removing wooden blocks from a tower in an effort to not be the one who knocks it all down. For a fun twist, you can write playful dares on each of the blocks for those who pull them to accept.

The Game of Things 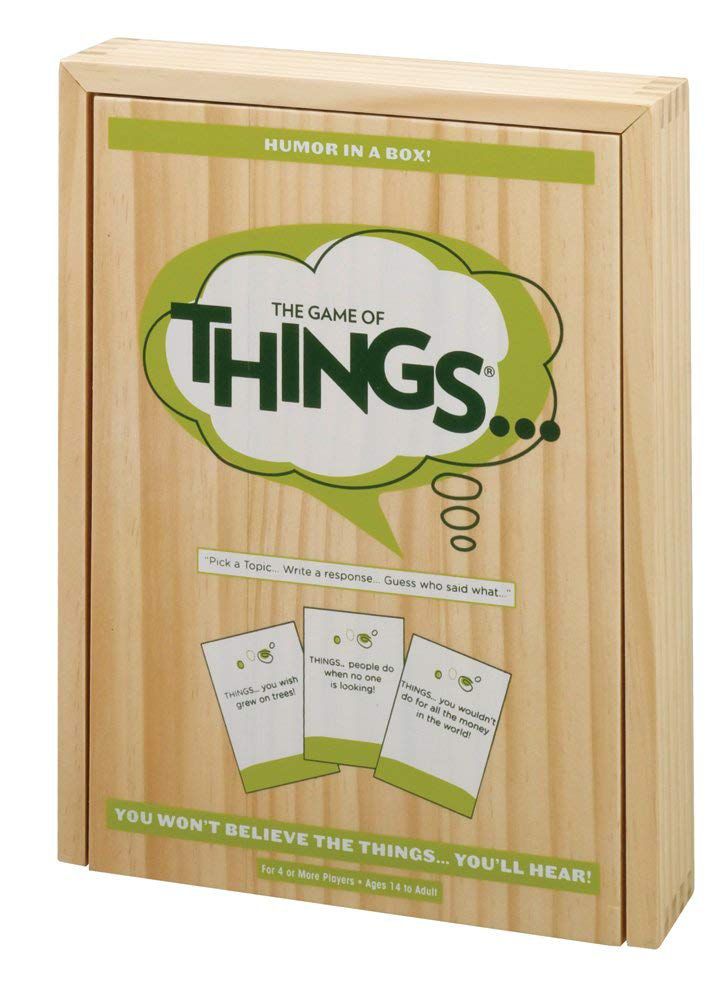 PlayMonster The Game of Things... $23
Shop

This adult-friendly game is perfect for larger groups and would work well as an icebreaker to get the night going if your gathering includes friends from different areas of your life who might not know each other yet. The rules are simple enough. Just pick a card that reads something like "Things...you shouldn't do in an elevator," and have everyone write down the first thing that comes to mind. The fun part is guessing who said what. 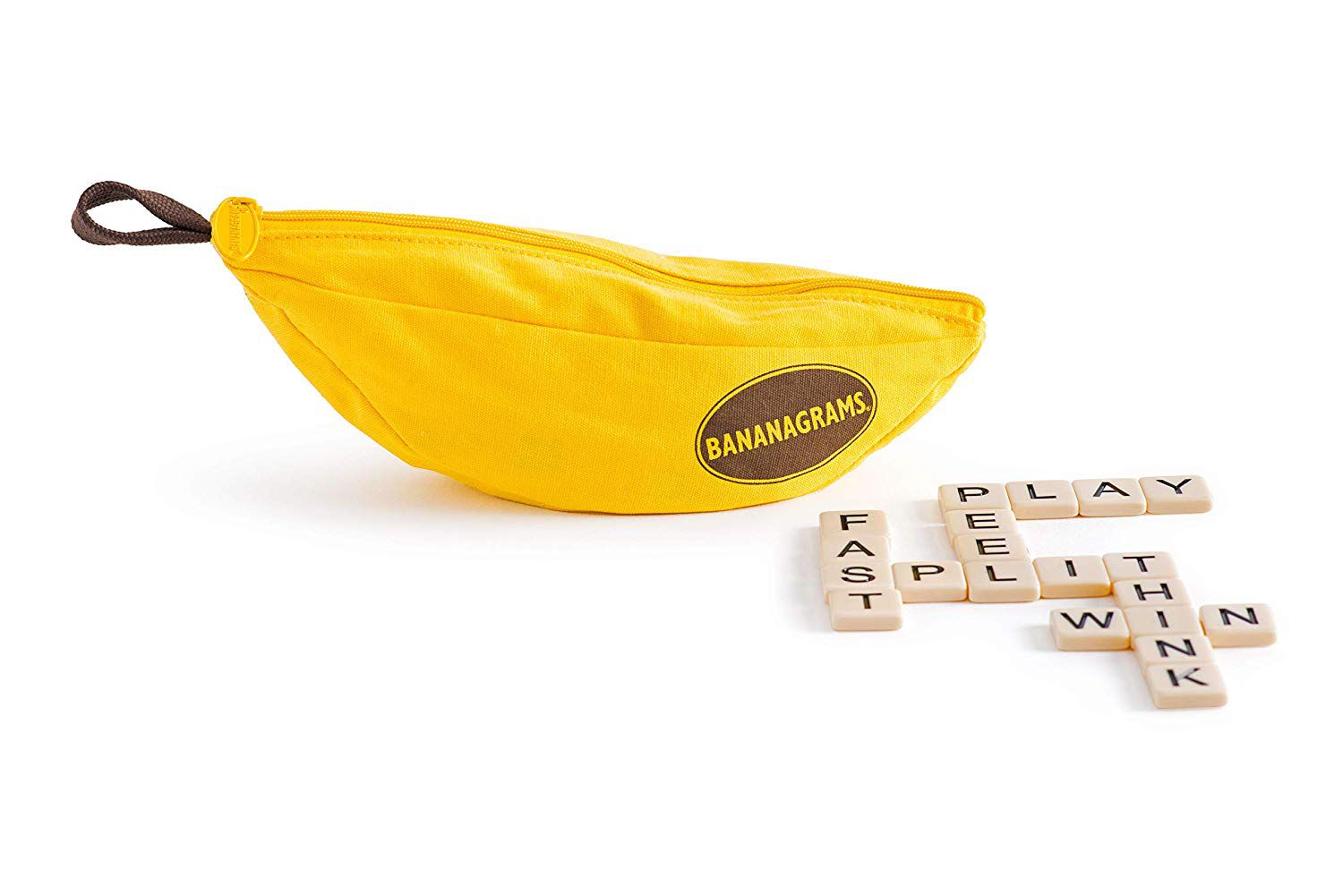 Think of this silly game as a speedy version of Scrabble. Essentially, you and your friends will each create their own mini word cross using tiles from a shared pile. Every time someone uses all of their pieces, they yell "split" and everyone grabs another tile until there aren't any left. 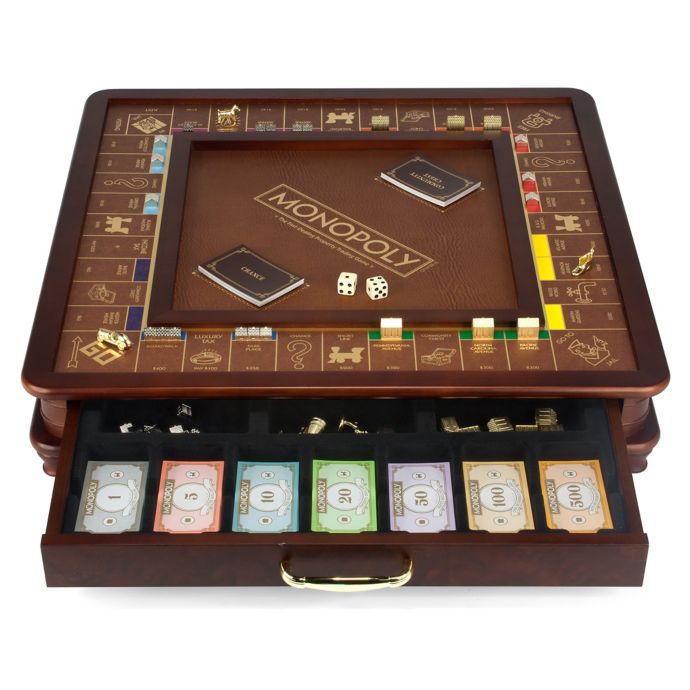 Take a trip down memory lane with a game of Monopoly. Consider bringing out this game with a small group of close friends. It's perfect for an intimate night in and isn't so involved that you won't be able to chat and socialize throughout the game. 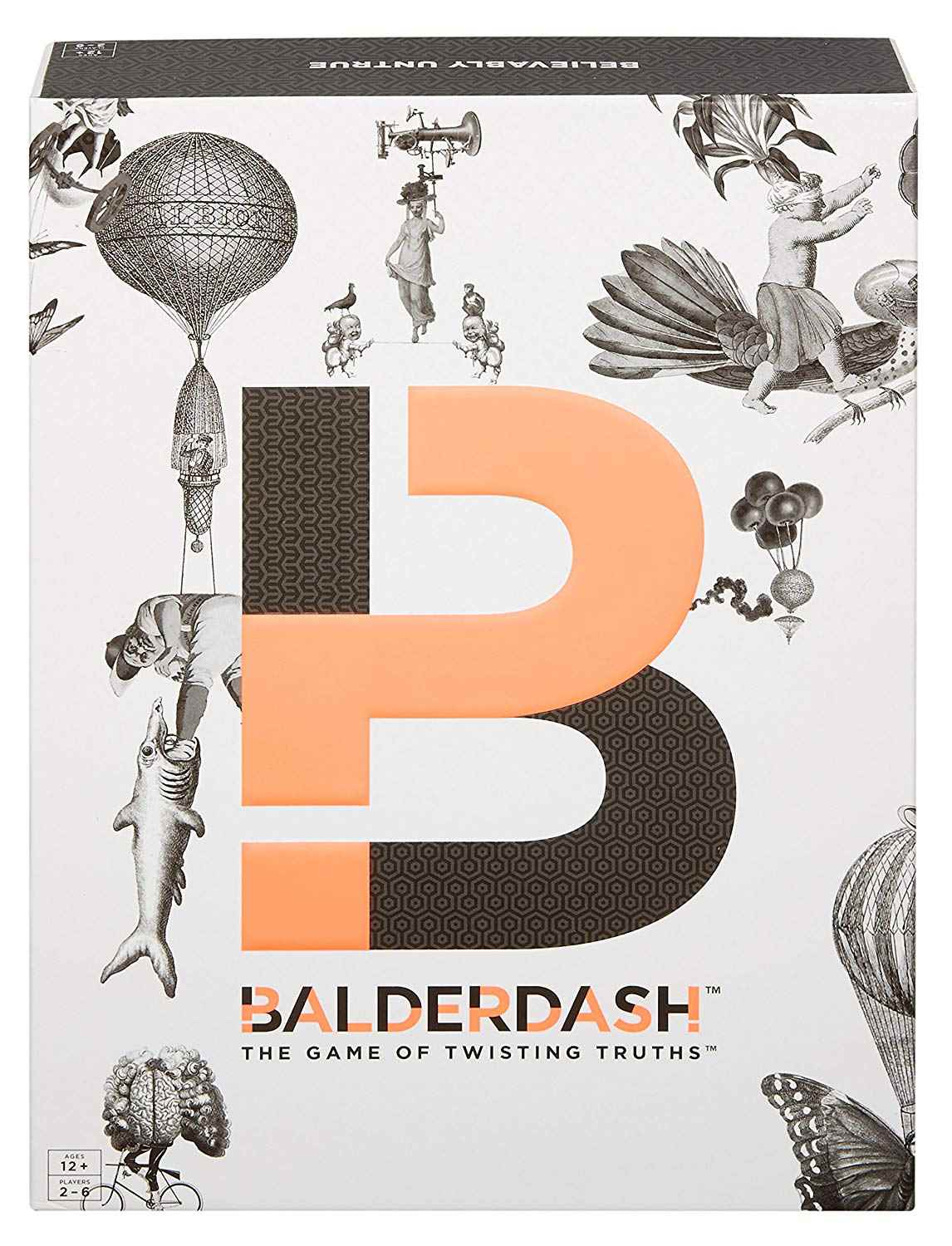 A game of wits and bluffs, this quirky board game challenges you and your friends to make up definitions for real things in an attempt to trick your opponents into thinking you're telling the truth. 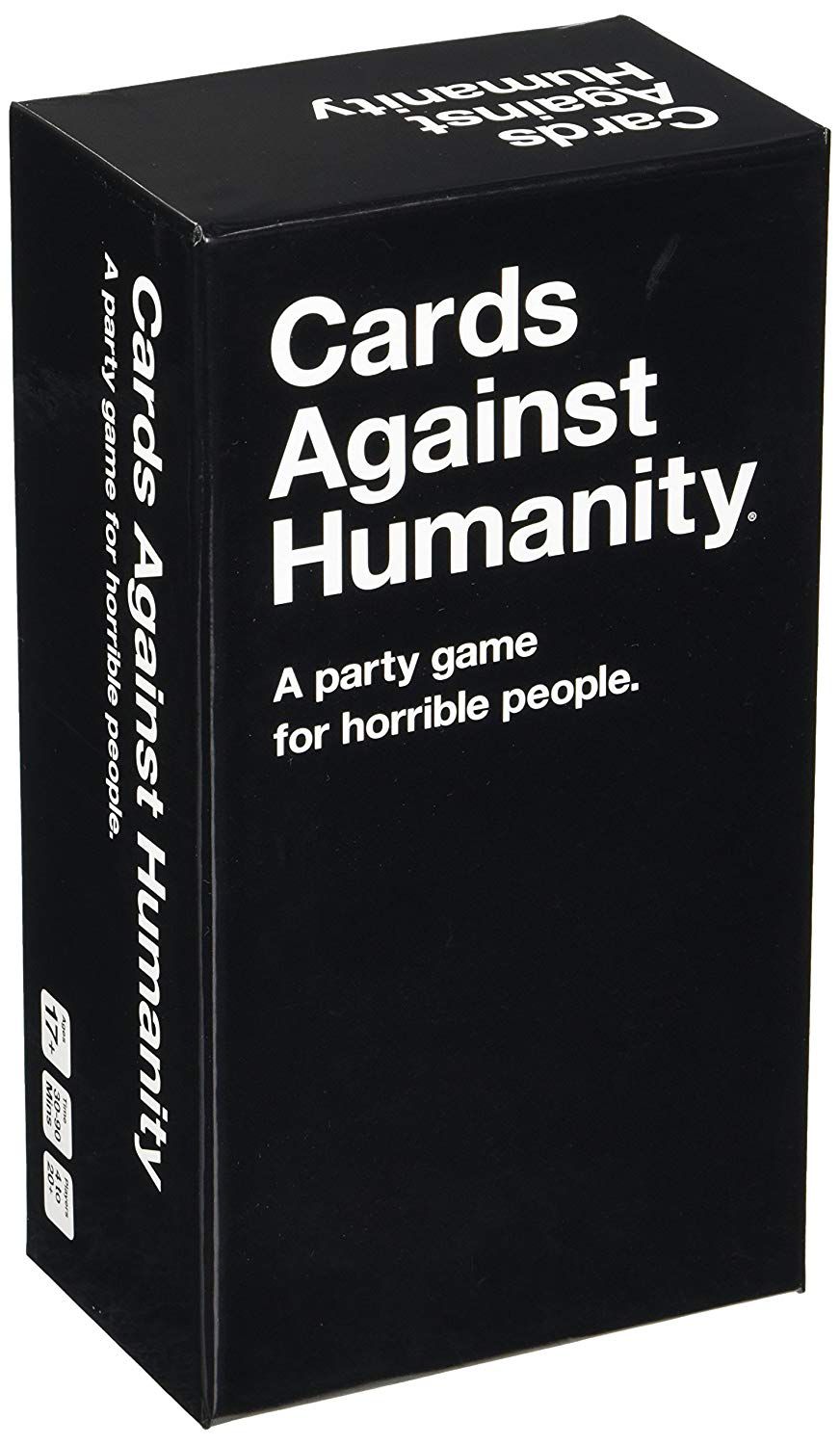 For the uninitiated, this raunchy card game calls upon you and your friends to fill in the blank with your funniest responses based on the hand of cards you have. Think Apples to Apples but for adults. You'll be bending over laughing after the first round. 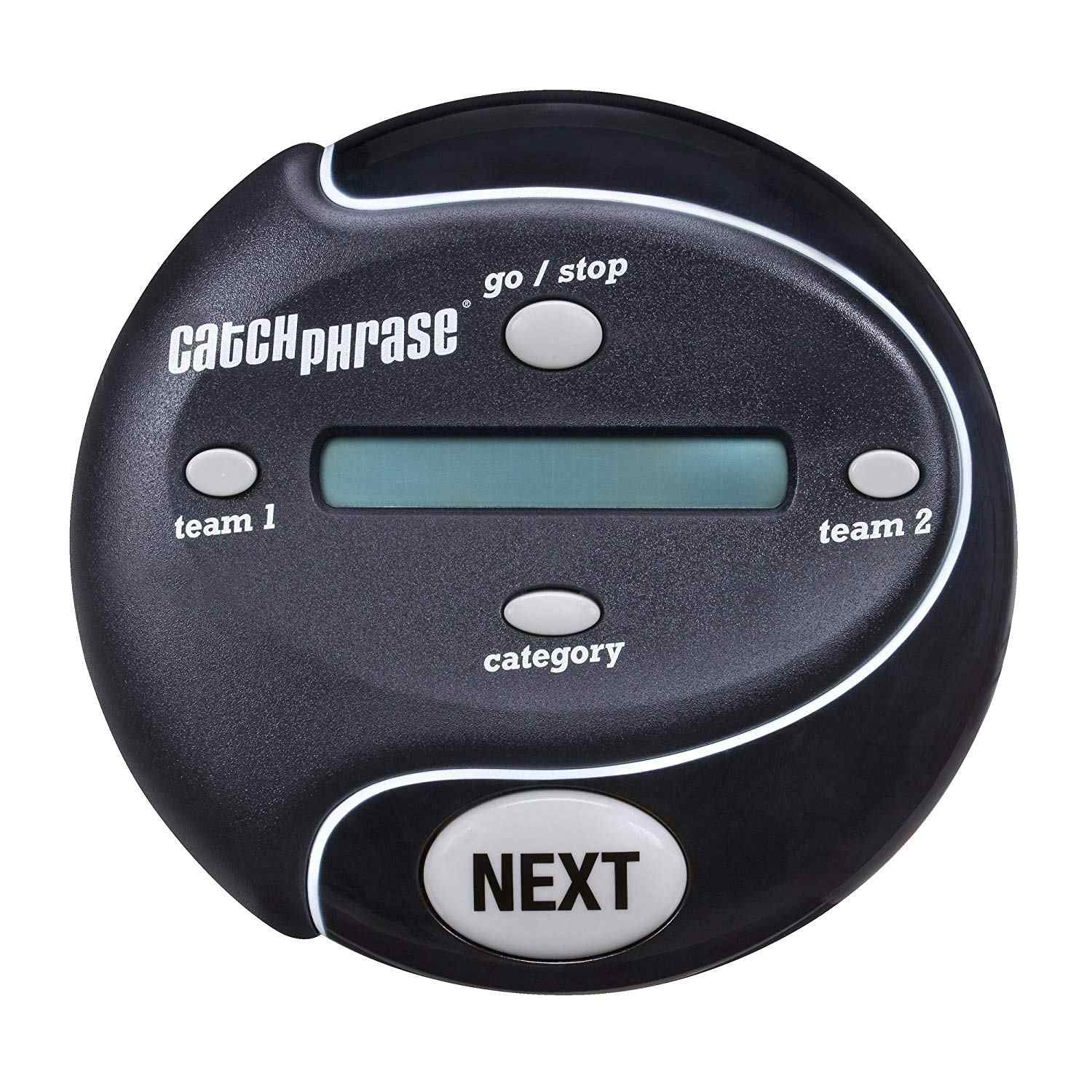 The game that will get you completely tongue-tied, Catch Phrase is meant to be played in two evenly numbered teams. When it's your turn, it's your job to give your team clues about the word or phrase that appears on the electronic game before the timer buzzes. The game piece gets passed around until the time is up. 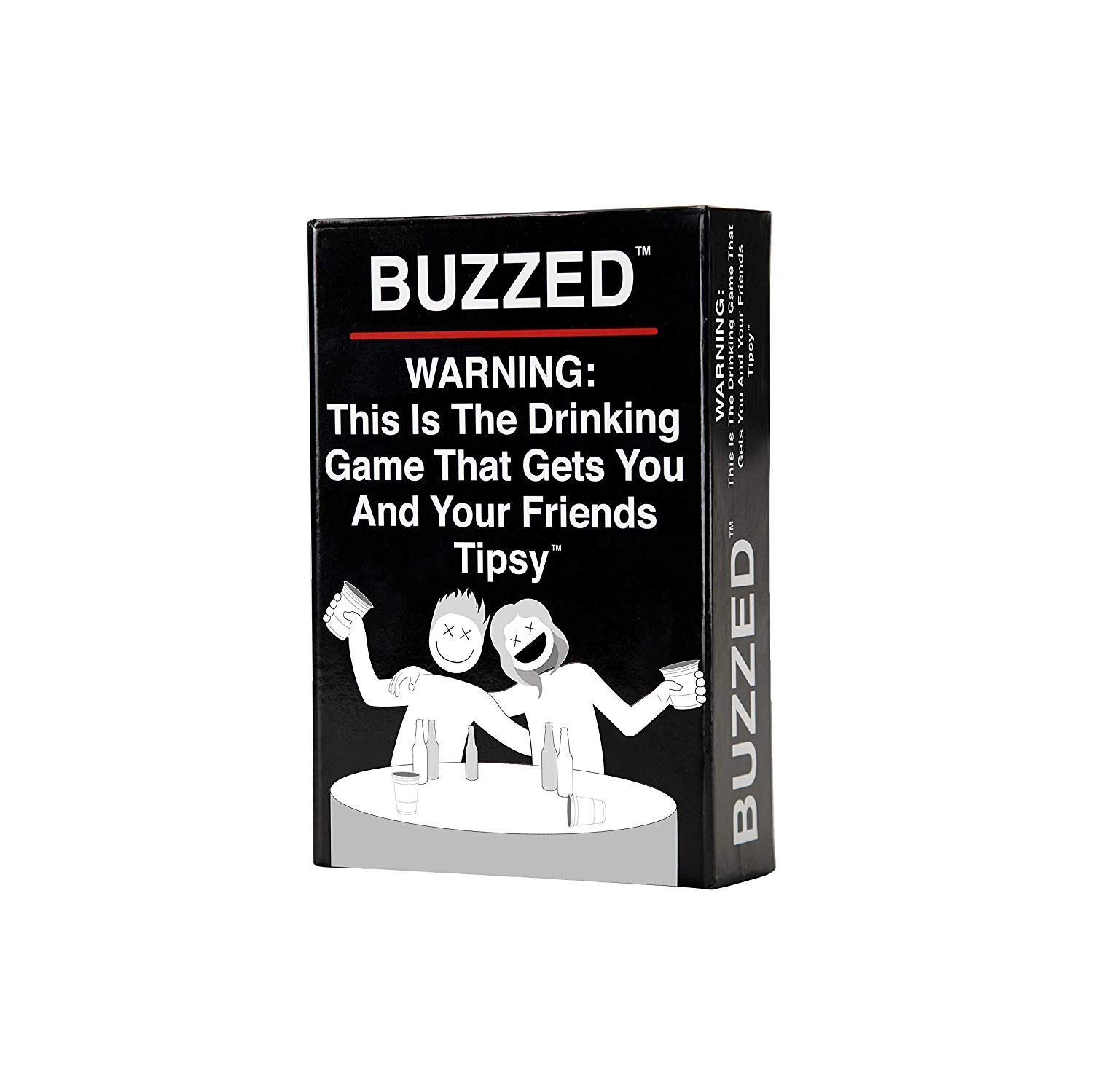 This game is sure to kick any night in up a notch. The sole purpose of Buzzed is, as the name suggests, to get you and your friends tipsy. Each card from deck prompts either you or the rest of the group to drink. 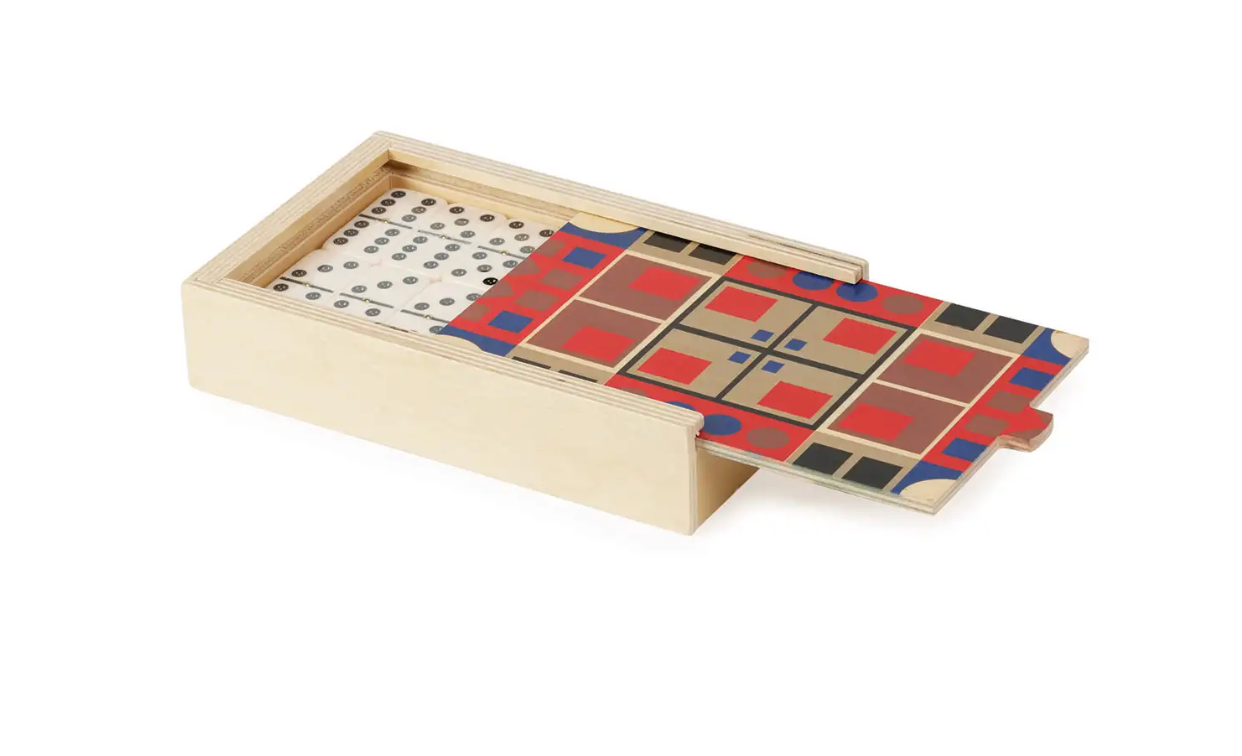 A classic game of dominoes is just what any sophisticated night in with friends needs. Not for a rowdy bunch, this timeless game is relaxing but competitive. 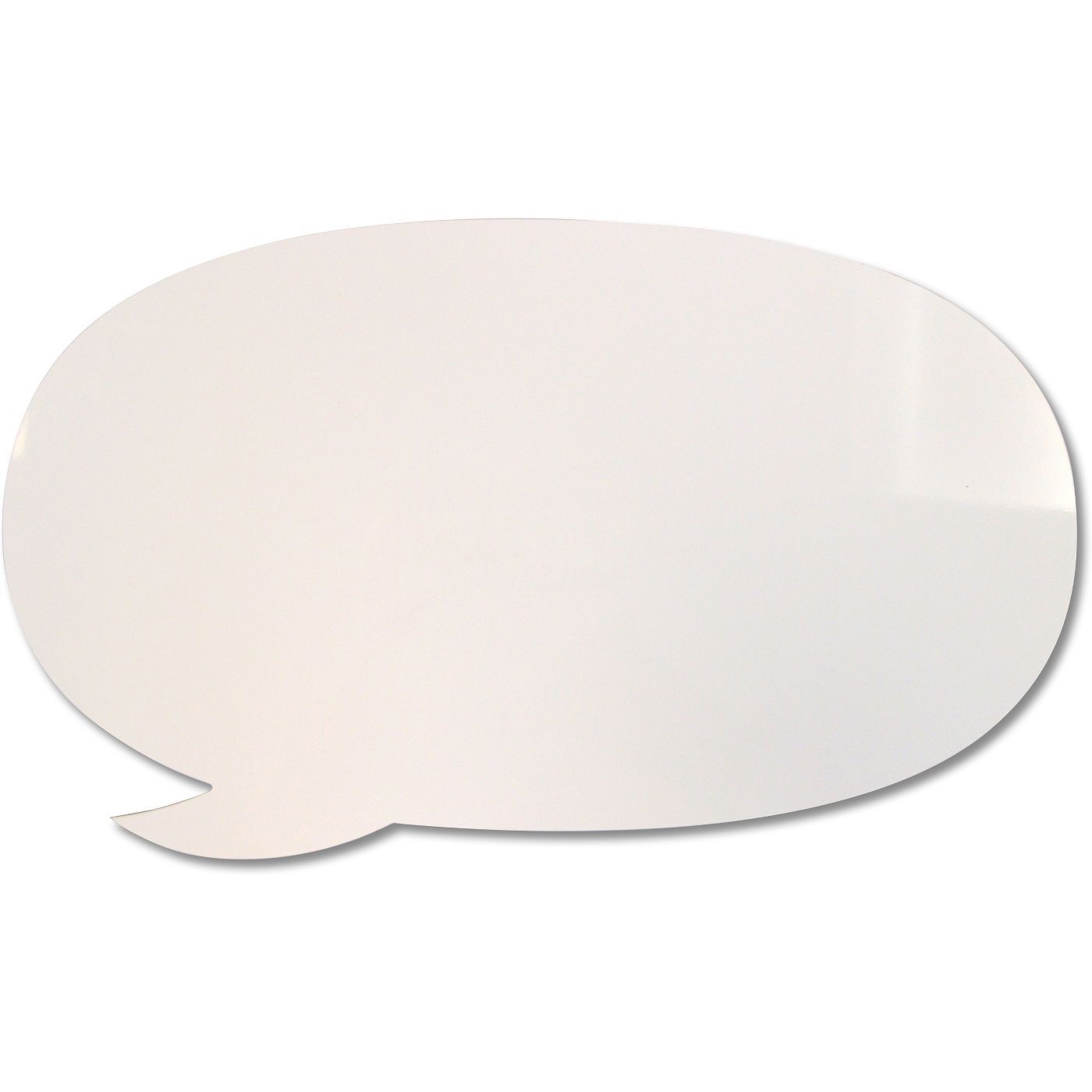 All you need to get a lively game of Pictionary going is a large whiteboard or pad of paper and a few markers. Have your guests toss some ideas in a hat and split up into teams to get the party started. 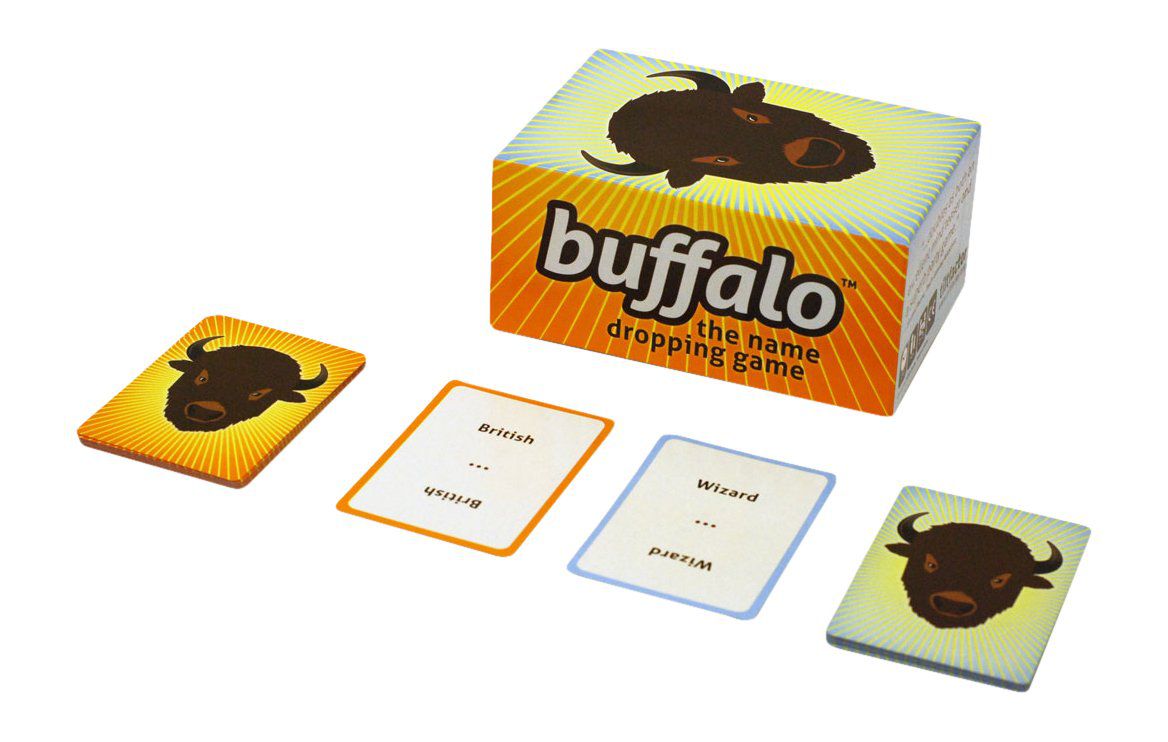 This fun game requires you to think fast and call upon random knowledge. You'll pick two cards with seemingly random adjectives on them and try to name a person who fits the description that both words create.

What Do You Meme? 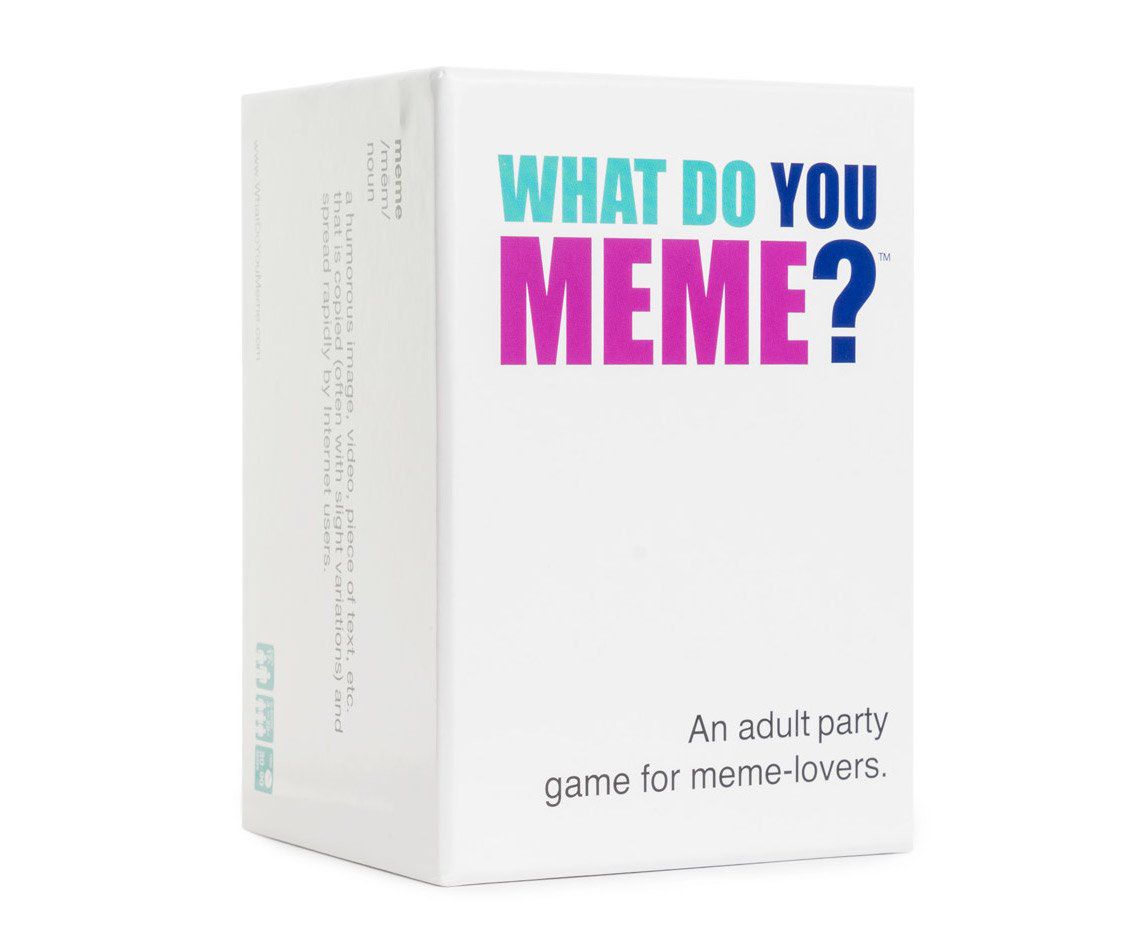 What Do You Meme? Party Game $30
Shop

If you and your friends love sending memes to one another, this is the party game for you. You'll be dealt cards with funny sayings on them and it's up to you to use them to caption each meme that's on display every round. Whoever plays the caption deemed the funniest wins. 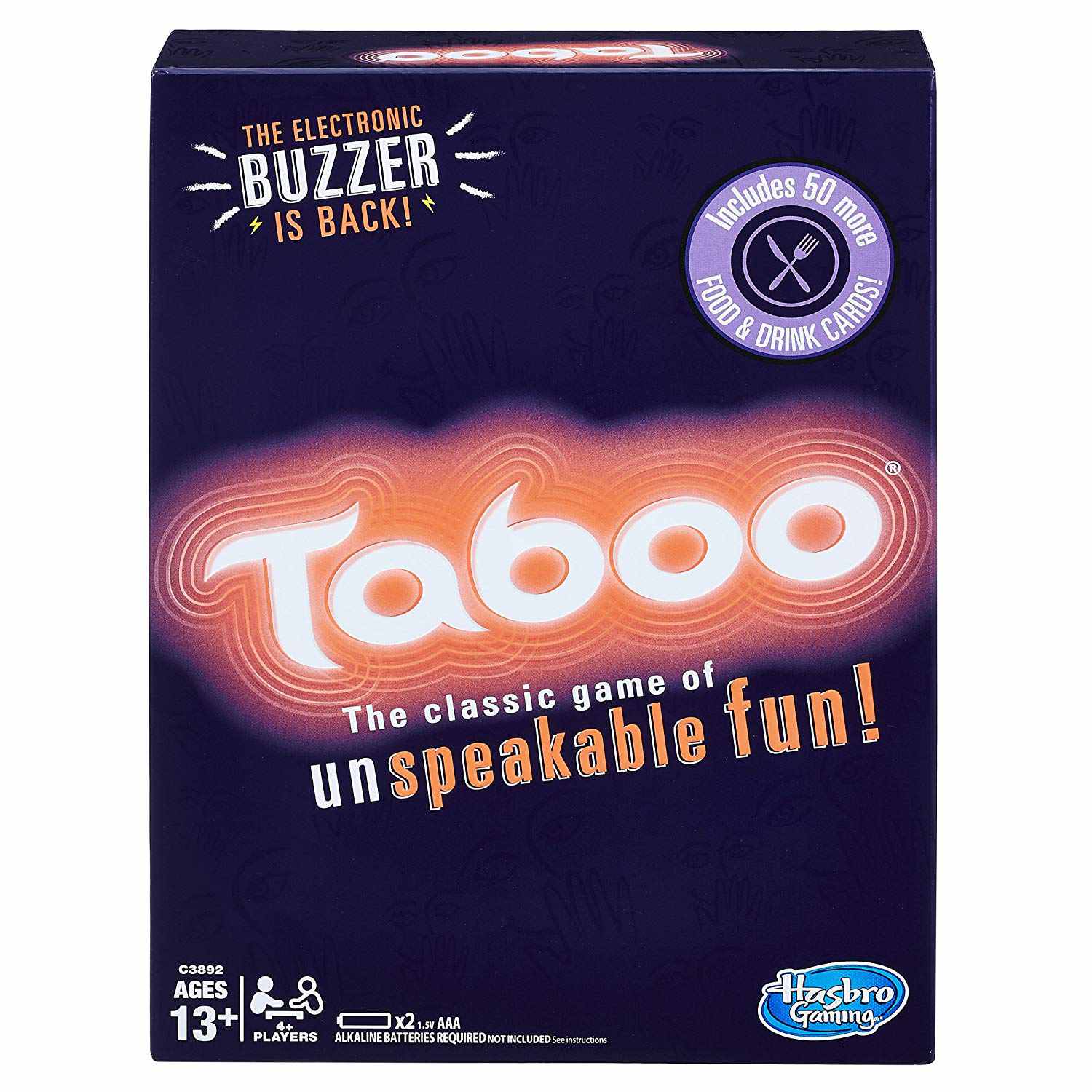 When in doubt, this classic game never ceases to entertain. Certain words are forbidden and if it's your turn and you accidentally let any slip, you'll be interrupted by a loud buzzer.

Never Have I Ever 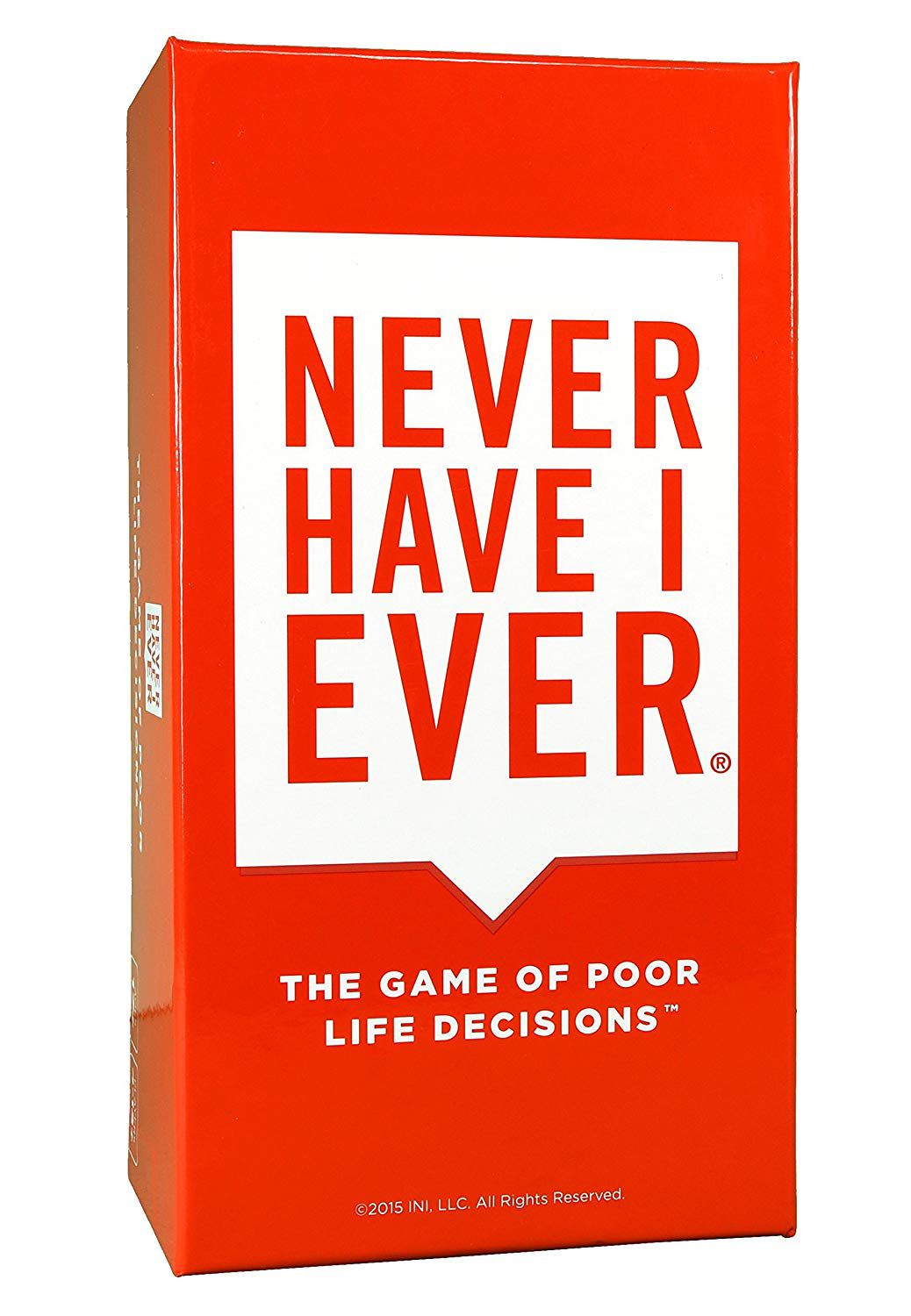 While you don't technically need a physical game to play this well-known drinking game, it never hurts to have some cards to get the revealing game going. It requires you and your friends to divulge scandalous things that you've never done. Anyone who has done something named by another player is rewarded with a drink. 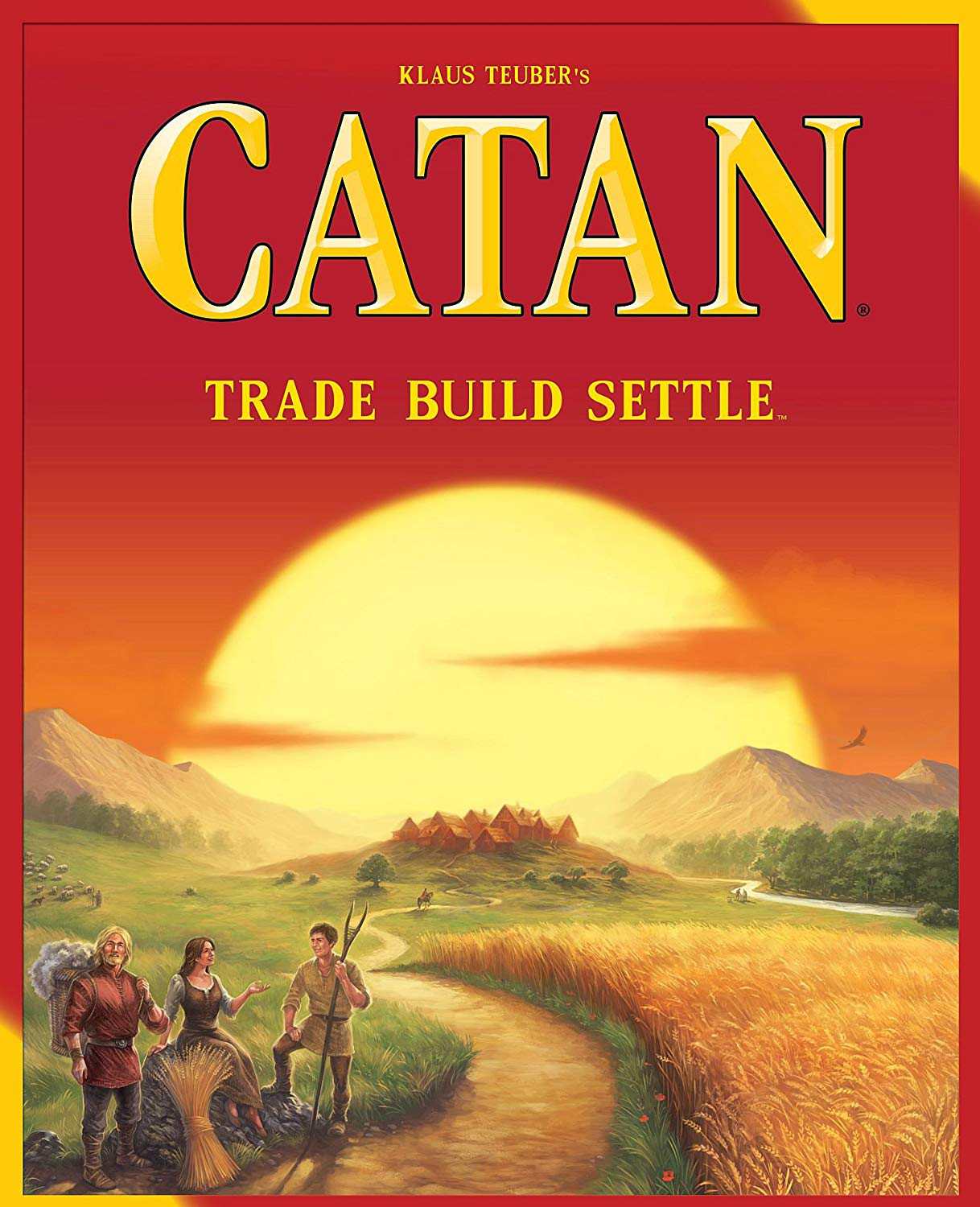 Catan The Board Game $41
Shop

If you're ready to bunker down for a game that takes a lot of thought, attention, and strategy, give Catan a try. The goal of the game is to settle the isle of Catan through trades, cards, and lucky rolls.

For the Girls Party Game 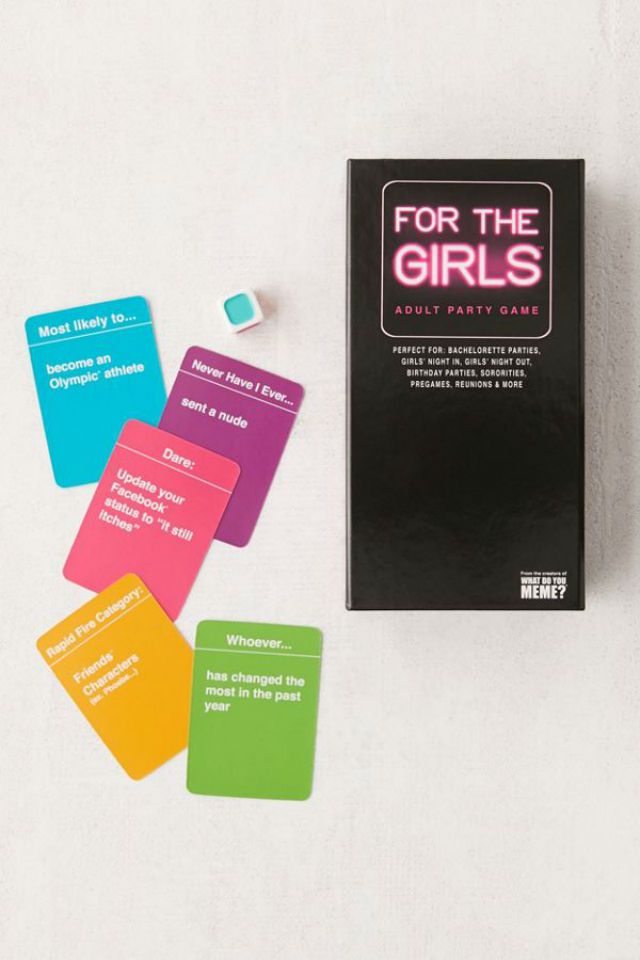 Although the name of this game suggests that it's just for girls, it's fun for everyone. Draw cards with different categories like "most likely to..." and "rapid fire." 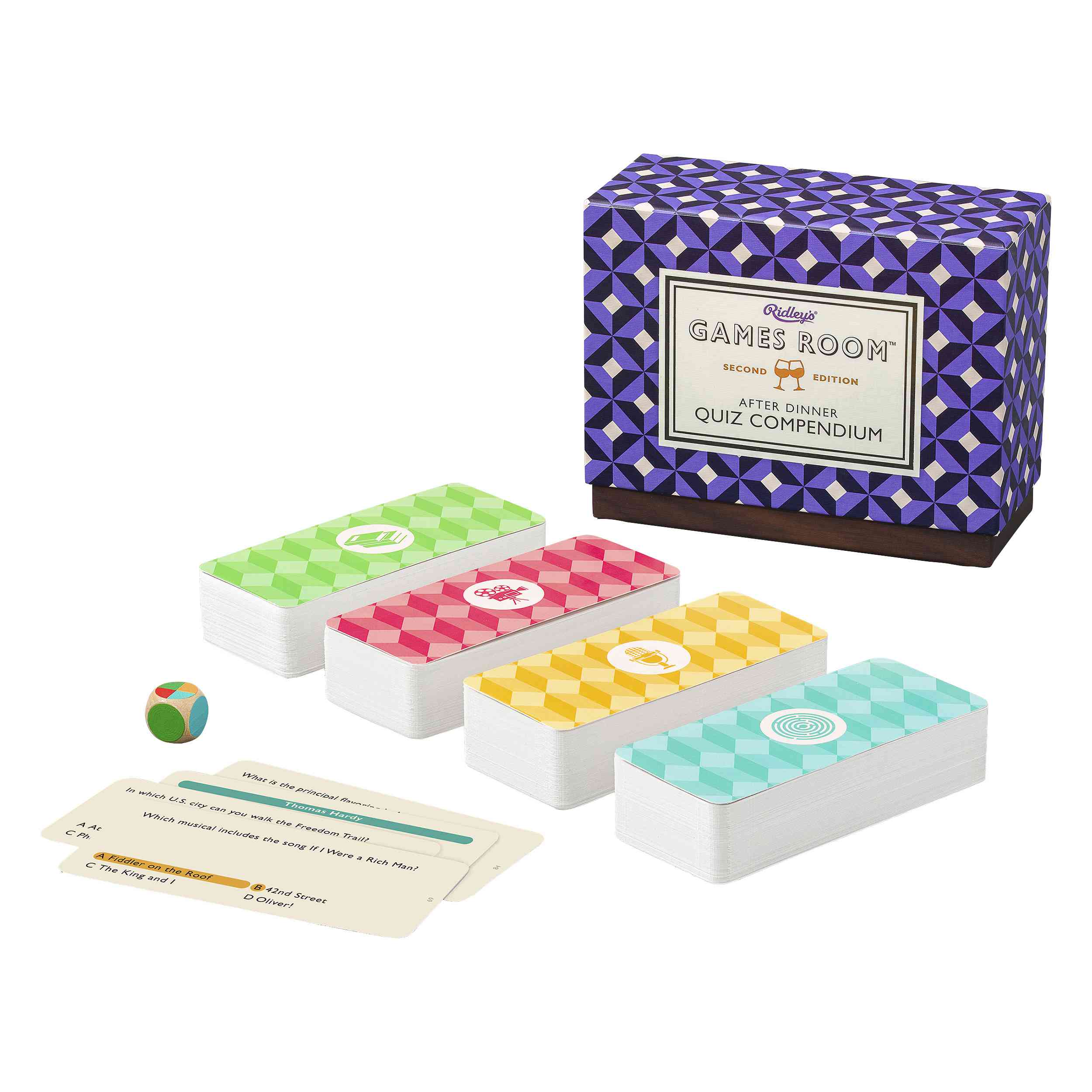 For a sophisticated night in, turn to this game of trivia designed to be played after dinner. Test your friends on their knowledge of everything from wine to literature.