Should Couples Have a TV In the Bedroom?

These days, much of our day-to-day lives involve some sort of screen. From grocery shopping, to scheduling appointments, communicating via text and punching in directions to our next destination, we've increasingly come to rely on technology. And before smartphones and tablets competed for screen time, TV was (and still is) a main source of entertainment and news, whether we're binging the latest Netflix show or consumed by a PBS documentary. Opinions begin to divide, however, when we talk about the role TV in the bedroom plays in relationships.

Does having a TV in the bedroom help, or hurt a relationship? It's a polarizing topic, with pro-TV in the bedroom advocates who are just as vocal as the anti-TV crowd. To help you decide for yourselves, we look at both the pros and cons of keeping a tube in the bedroom, according to experts and real-life couples. Scroll through to see what we found.

Pro: Watching TV in Bed Can Be Relaxing

Some experts posit that watching a TV show you enjoy might help us wind down and "de-stress" at the end of a stimulating day, writes Keli Finnerty-Myers, Ph.D., for Darling magazine. In the article, Myers points to one small study that suggests a link between higher TV viewing and lower stress levels may occur "because TV is a passive activity." In other words, we're not as engaged with the medium as one would with a video game (or scrolling through Instagram.)

Some relationship experts feel that sharing a common experience, such as watching TV, or trying out a show your partner enjoys, creates a connection and sense of belonging. It can also be viewed as an easy way to show your partner you care. The caveat: “There are different levels of quality time, so watching television might not be on the same level as going out for dinner or having deep conversations,” Texas-based women’s counselor Heidi McBain told Rewire in 2018. “But if both people are partaking without distractions, laughing together, holding hands… quality time is being fostered.”

For example, one couple views TV as an adventure to enjoy as a treat at the end of the day. For them, it’s not about whether or not there is a television in the bedroom, but rather who will choose the main feature. "There is no dispute. My love for television and film transcends her interest in watching any show; so it works,” says Gabriel, 27. “The one with the better taste in television wins; the other simply has to watch on their laptop or join along on my TV adventure.”

Pros: It's Probably Better Than Scrolling Through Your Cell Phone

Screens have gotten smaller, and they're definitely not going anywhere soon. In the broader context of media consumption, according to Michael Breus, a psychologist and sleep specialist, watching TV in bed may actually not be so bad when compared to using our cellphones in bed, especially right before we need to get some shut eye.

"I think I'm the only sleep doctor in the world who doesn't have a problem with it," Breus, who personally nods off with the TV on, told Business Insider. Here's why, as reported by Business Insider: "When you use a smartphone or a tablet at night, you're usually holding it pretty close to your face, so that the blue light it emits may interfere with your body's production of the sleep hormone melatonin and keep you awake. But a TV is usually a few feet away, so the blue light is less powerful."

However, like the sleep advocates at The National Sleep Foundation, Breus is partial to the "power-down hour," in which he cuts off all screen time (which promotes wakefulness) an hour before bed to let the body's natural circadian rhythm do its thing. Which brings us to the downsides of watching TV in bed.

Con: Screens in Bed May Keep You Up at Night

Sacha, 35, considers the bedroom she shares with her husband (and her entire home, for that matter) a television-free zone. “My room has been designed specifically for sleep, so having a television would disrupt the Zen. I don’t have one in the living room either; it just doesn’t go with my current décor.”

Similarly, Dr. Dan Siegal, a clinical professor of psychiatry at the UCLA School of Medicine, tells Business Insider that staring at a screen before bed has more negative effects than we think: “The photons from your phone tell your brain, ‘Don’t secrete melatonin yet; it’s not time for sleep.’”

Other downsides? Your late-night screen usage makes your attention falter, impairs your memory, challenges your ability to think through problems, and turns your insulin (which helps regulate your metabolism) upside down, making you more susceptible to weight gain. Note: Dr. Siegal is referring to cell phone use, not television viewing. On the other hand, experts say that noise and light emitted from TV your partner insists on keeping on at night may disturb your sleep and preventing you from waking up refreshed in the next day.

Some relationship experts believe having a TV in the bedroom presents a roadblock to intimacy, and sex. "Add a TV and suddenly you are creating a distraction," Laurel House, a dating coach and author of Screwing The Rules, tells Brides.

Newlyweds Cory, 29, and Raleigh, 24, grew up with different TV-in-the-bedroom policies but are definitely on the same page now. “My husband grew up with a TV in his bedroom,” says Raleigh. "He literally fell asleep to it every night. I never had one in my bedroom, and my mom, from pretty early on, told me that if I were to get married, I should never have a TV near the bedroom. Now my husband agrees—a TV should never be in your bedroom—if you want to have regular sex.”

Meghan, 27, and her partner of three years don’t bother with a TV, but like most of us, they struggle with a screen addiction (be that phone or tablet). “Instead of reading books or magazines before bed, we read our phones and tablets. For a while, we tried instituting a ‘no-phone zone’ policy—our bed was off limits for our devices. It literally only lasted a day or so.”

Rather than give up, Meghan and her partner try to implement “the 50-minute rule,” meaning they don’t look at their phones for 50 minutes before bed. “It's hard, and we often fail, but I think even making the effort shows an awareness that we both want to improve our relations by taking screens as out of the equation as possible.”

Tips for a Good Night's Rest

The National Sleep Foundation outlines a number of tips for good sleep hygiene, including sticking to a nightly sleep schedule, avoiding alcohol, cigarettes, and heavy meals at night, and practicing a relaxing bedtime ritual (perhaps a cup of tea?) Here at MyDomaine, we even asked a nutritionist about the best foods to eat to promote more restful sleep.

Shop our favorite sleeping remedies, and you’ll be peacefully snoozing in no time. 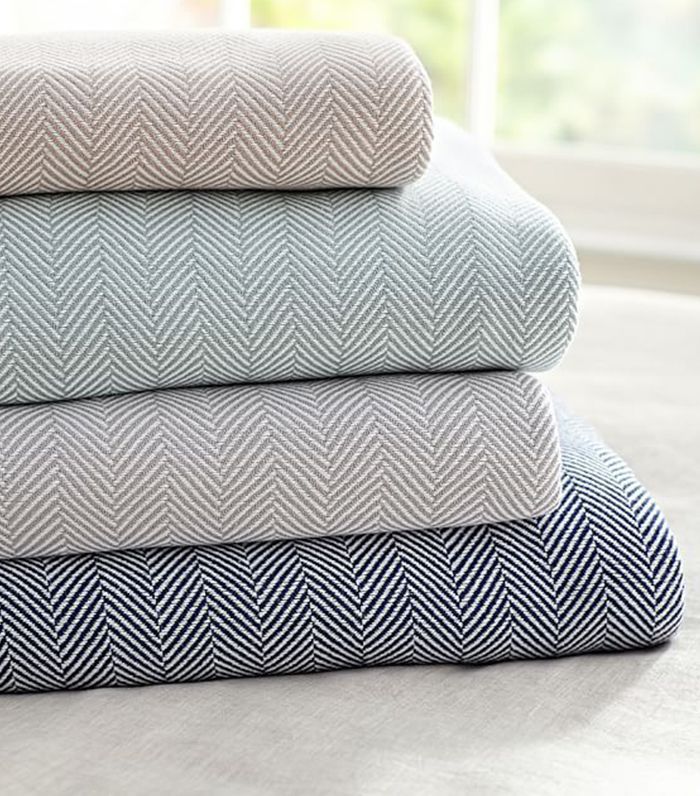 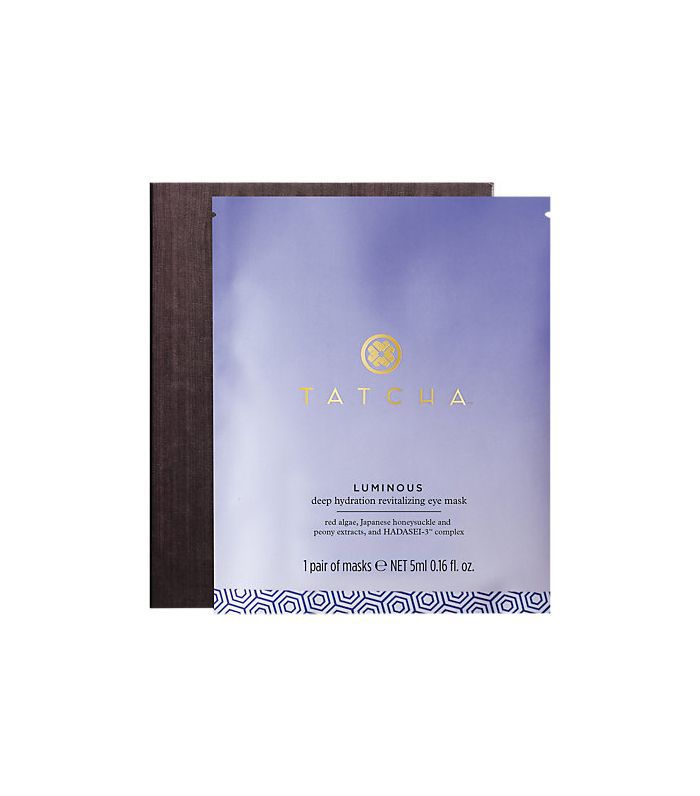 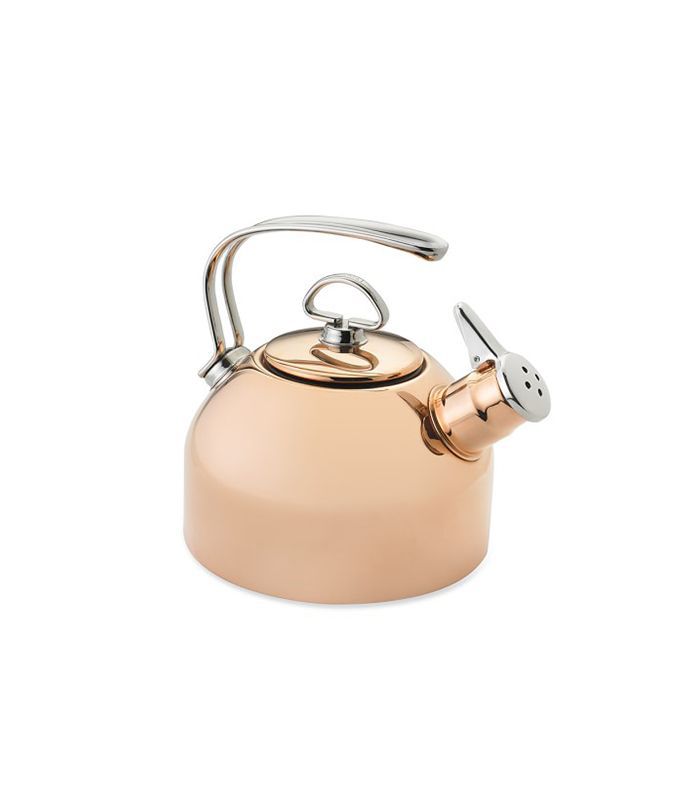