Exclusive: Bobby Berk on How He Designs Such Personalized Spaces in Just a Few Short Days 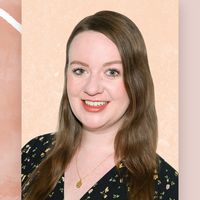 There are plenty of memorable moments in every episode of Queer Eye, and Season 4 is no exception. From Karamo’s frank discussion about depression with episode 3’s hero John Stoner, to Antoni’s adorable freak out about Stoner’s corgi in that same episode. But without fail, one thing that stands out in every single episode is the deeply personal designs that Bobby Berk pulls off in record time.

Whether he’s completely redesigning a family home to make it as beautiful as it is functional or crafting an office that would inspire anyone to buckle down daily, Berk has a preternatural ability to design spaces that feel at once bespoke and totally livable. Perhaps the most impressive thing though, is just how quickly he turns it all around.

“I get the space on Tuesday afternoon and have to have it back by Friday morning,” Berk told MyDomaine.

So how, exactly, does Berk get to the heart of a person in such a short amount of time? For him, it’s all about going beyond aesthetics to get to know who the hero actually is and what they need out of the space.

“It’s really about getting to know the person, and their family, and needs,” he told MyDomaine. “You have to ask the right questions, and really get to the root of the issue. It’s usually questions that have nothing to do with design that determine my direction. Whether it be their dream vacation, style icon, or favorite TV show, the personal things are what really helps the hero to instantly feel at home.”

As I was binge watching the entire season in one night—don’t judge, I can’t be the only one who did it—and crying my eyes out pretty much the entire time, two episodes in particular stood out to me as quintessential examples of Berk’s agility as a designer, episode 5, “On Golden Kenny,” and episode 6, “A Tale of Two Cultures.”

While one episode centered on Berk transforming a personal home and the other focused on him surprising the hero with her own office, there was a clear through-line between the two: the importance of heritage and culture on informing design choices.

For episode 5’s hero Kenny, Bobby was tasked with taking the family home Kenny grew up in and bringing it into modern day. Kenny inherited the home after his Croatian-immigrant parents passed away, and although 15 years had passed, the space was essentially a time capsule. He hadn’t changed a thing.

“Just by looking at the house, it is so very clear that Kenny has never been able to let go of the memory of his parents,” Berk said during the episode. “I think a lot of times when people inherit a house from their parents, they feel like changing it is losing the memory of their parents, but it’s been 15 years, it’s time to move on.”

So, Berk took the aged, almost hoarder-level interiors and transformed them into a sleek, stylish home in which Kenny could be proud to host his entire extended family.

“Overall, I loved finding ways to add touches of Kenny’s parents into the home, like the painting of Croatia,” Berk told MyDomaine. “It was important to keep the memory of them in the home, but I also wanted to make it subtle, so he has more of an opportunity to create a new life for himself.”

Similarly, Berk was tasked with bringing the heritage of episode 6 hero, Deanna, into the office space he designed for her. Deanna founded the Latino Arts Festival of Kansas City to celebrate underrepresented artists in her community, so Berk worked with the Mayor’s office to secure an office space out of which she could work.

And while Deanna was proud of her Chicana heritage, she was also plagued with the fear that she was neither Mexican enough nor American enough. To help her feel secure in exactly who she is, Berk infused her office with touches that were truly evocative of her distinct personality.

“Working on a commercial space always presents unique challenges with city codes and permitting. But, I’m always up for a challenge, and it was fun finding ways to personalize a space that spoke to Deanna as a person, and was also suitable to serve the community,” Berk told MyDomaine. “The mural by NYC artist was a nice touch, and I loved working with the Tempaper Wallpaper, the self-adhesive nature allowed me to create those fun shapes.”

Bringing that individualized flavor into each space, whether it’s an office or a home, is a trademark of Berk’s design philosophy, and part of what impresses us with each and every one of his transformations.

“With a home, you have to consider what that person, and maybe their family, is looking to get out of the space, what is the priority, and how do we create that and still have it be functional,” Berk told MyDomaine. “With an office, there tends to be more individuals utilizing the space, so we have to think of functionality on a larger scale, while also ensuring it fits the needs of the individual.”