Ask any New Yorker to share their list of must-visit restaurants, bars, and attractions, and their recommendations usually cluster around one or two areas. But when we tapped actress Rachel Brosnahan, best known for her standout role in House of Cards and the lead in soon-to-be-released Amazon series The Marvelous Mrs. Maisel, we found ourselves jumping from Greenwich Village to Harlem to the Upper West Side—just a few of the spots she's called home in the last nine years.

"When I moved to New York for college in 2008, I had such a romanticized idea of the city—and it was just as magical as I'd hoped it would be," she says with a warmth in her voice that makes us forget we're speaking to an Emmy Award–nominated actress. "In the beginning, I had so many dorky moments like walking down the street in West Village and being like 'I live here!'"

Brosnahan's new comedy-drama series lead her to explore new pockets of the city, too. "We shot in lower Harlem, outside the [Village] Vanguard in West Village and Physical Grafitti in East Village. That's been one of my favorite parts of shooting the series—New York City is a real character in the show." Brosnahan plays Miriam "Midge" Maisel, who finds a new sense of self as a comedian after leaving her husband. The pilot episode was one of Amazon Video's most successful ever, just shy of a perfect 5/5 average viewer rating—mark November 29 in your calendar for when the full first season drops.

You can put away that guidebook—these local hot spots are worthwhile, says Rachel Brosnahan.

Our day exploring New York City with Rachel Brosnahan starts at a quaint hole-in-the-wall diner in West Village, La Bonbonniere. It might look unassuming from the outside, but it's one of series creator Amy Sherman-Palladino's favorite spots. "Amy and Dan [the husband-wife duo behind the series] eat here once a week, which is why they decided to shoot the show here," Brosnahan explains. "It's a tiny little place that we transformed into a 1950s diner. It still has that old-school charm."

"Jacob's Pickles on the Upper West Side has the best Bloody Marys I've ever had in my life! The bar is also great at night," says Brosnahan. The Southern bar and eatery has just been renovated and reopened in September.

"I have a love affair with Artichoke Pizza. When I was in college, they had one location in East Village, and we had many a drunken night there."

"The Stand, a comedy venue on 20th Street and Third Avenue. It's a really fun place to take out-of-towners."

"The Statue of Liberty by ferry. You can see as many pictures as you want, but they don't hold a candle to the real thing."

"I really like Harlem Public in Hamilton Heights and Mess Hall near Columbia, which has a great trivia night and sells a hot dog, beer, and shot for $10."

"I've always loved Yoga to the People," a donation-based studio. "I started going in college, and now they're in Brooklyn, so it's an easy and relaxing place to practice."

"Green Symphony, which is a theater-folk go-to in Times Square. It's family owned, and they make great juices and healthy food."

Escaping the whirring sirens and traffic chaos can be tough in New York, but Brosnahan has found just the place. "When I lived in the Upper West Side, I'd go to Cafe Lalo, which was two blocks from my old apartment," she says. "It's not very often in New York that you have trees and light at the same time. That's mostly why I love it—floor-to-ceiling windows."

While she's by no means a newcomer to the city, it's clear that Brosnahan still feels the same spark that she did upon arriving in New York. "[Cafe Lalo] has always felt like that romanticized version of New York for me. I imagined having a local café to sit at and drink black coffee. It's very Sex and the City," she laughs. When I ask if that romantic dream is now a reality, she admits it's probably not a coincidence. "I do like black coffee now. I really forced myself to like it!"

[Cafe Lalo] has always felt like that romanticized version of New York for me. I imagined having a local café to sit at and drink black coffee. It's very Sex and the City.

The other place she goes to escape the pervasive city sounds is Riverside Park, a 267-acre waterfront green space on the Upper West Side. "I love Riverside Park—there aren't many places you can be outside in New York and feel like you're really outside," she says. "And it changes so much from top to bottom. My favorite part is the section in the 80s. The path is really wide and it's shrouded in trees and gorgeous architecture. It's indescribable—you really have to experience it."

Whenever she's in Riverside Park, Brosnahan's two dogs are in tow. "I'm a crazy dog mum," she admits, laughing. "That's largely why I've spent so much time at the park. I have a Shiba Inu called Winston and a pit bull called Mikki. They're best friends," she says with affection. "There are so many sweet dogs all up Riverside Park. Dogs make everything better."

"Now I'm in Harlem—I absolutely love it," she says. Of all the places she's lived in New York City, Harlem feels most like home. "It's getting cooler, and it still feels like old New York with a sense of community that other parts have lost," she adds. "I've lived a lot of places in the city since college and stuck to the West Side. I'm a West Side girl! I lived in Chelsea, then the Upper West Side, and now Harlem. There's so much more space and trees."

Brosnahan has that in common with her on-screen character, Midge. "We shot Midge's apartment in Harlem," she says. That's about all she shares with the '50s housewife, though. While Midge decides to upend her life, leave her husband, and pursue a career in comedy, Brosnahan says she's always been "singularly focused." "I always knew I wanted to be an actor, but I didn’t know what that path looked like. It’s been a constant evolution," she tells us. "For a while, I thought I could sing (which, by the way, I definitely can't); then I wanted to do musicals (I can't dance either)," she says with a laugh.

Her career path mightn't have been clear from the start, but it's certainly looking bright. As the star of one of Amazon's most-anticipated series, there's no doubt that this is just the beginning. 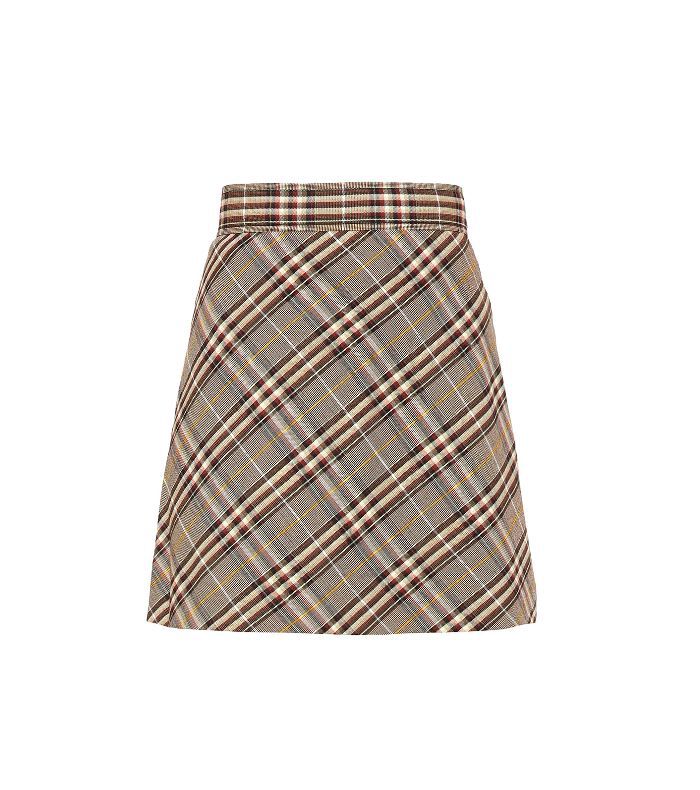 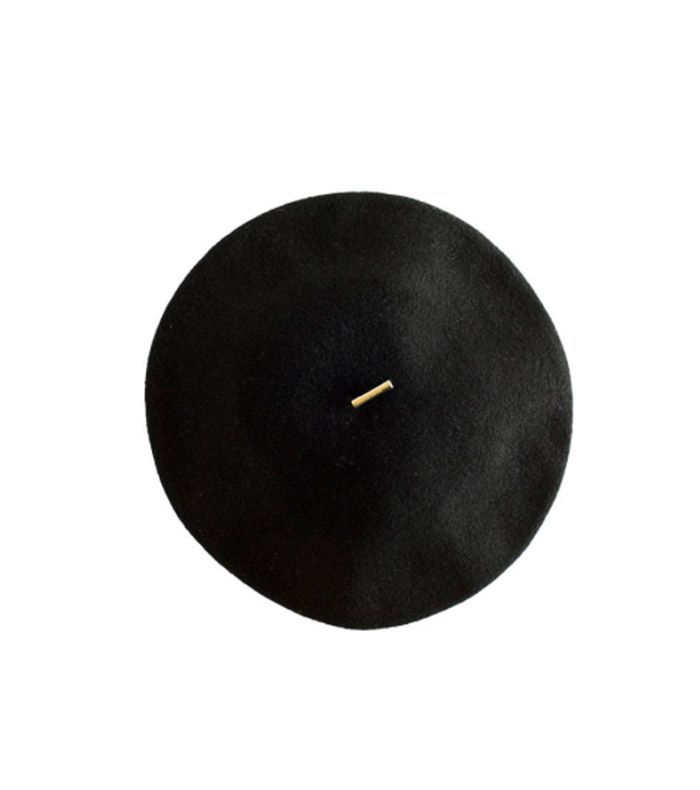 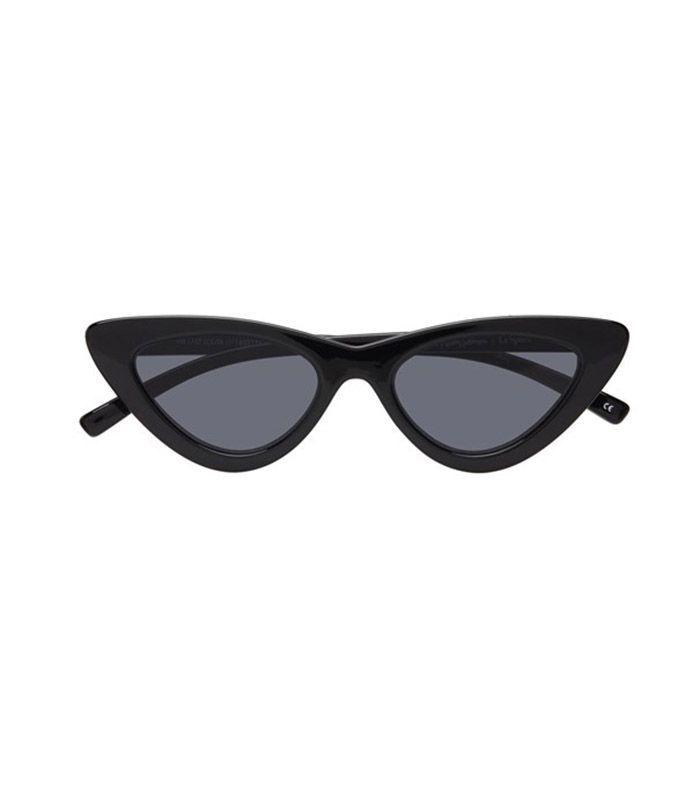