The Pros and Cons of Raising an Only Child

It wasn’t a conscious decision… I come from a fairly large family (I’m the oldest of five), so having only one child was unexpected, especially as I was the first sibling to give birth. In my native Australia, most people have at least two kids, so I’m definitely not the norm, and I’d be lying if I didn’t say I felt pressured to have more. But that’s just how it ended up working out for us. If I think back, though, there are a couple tangible reasons—albeit subconscious at the time—that factored into the equation.

Neon was a fussy baby. At the two-week mark, colic and reflux hit, and for months thereafter, he screamed and vomited every day while my husband and I took turns bouncing him on a ball or walking the streets trying to burp him. I simultaneously cut everything out of my diet that might be causing the discomfort. That, along with the lack of sleep, turned me into a zombie mom, and in retrospect, I think I suffered a little postpartum from the trauma.

But we all get what we can handle, right? And this experience contributed to a powerful bond between my son and I that I can’t comprehend or put into words today. Yes, those years were tough, but 10 years later, he’s a confident, kind, loving independent little man I’m incredibly proud to have as a son. However, I wasn’t prepared to put myself through that again for another baby (and neither was my husband).

The second reason is that we moved a lot—this is what our international move taught me about life—and I’ve been hesitant to have another baby without the help of family or friends. When Neon was 2, we moved to Melbourne, and we didn’t have any family there. It was hard in the beginning, but we established an incredible group of friends who became a huge support for us. Each time we made a big move, I wanted to explore, make new friends, and establish my career, so inevitably a second baby was put on the back burner.

A perk of being a family of three is that relocating our family and traveling the world has been much easier (and cheaper!). But that’s not the only benefit: We’ve also been able to graduate from a child-friendly space into a chic grown-up home much more quickly. We recently completely redecorated our 350-square-foot living-and-dining space to fit our family of three (now we have a new puppy, but that’s another story entirely), and we could choose every piece without worrying about spit-up on our new white couch.

As our son is now 10, we were able to involve him in the decorating process, something Nate Berkus and Jeremiah Brent also do with their two young children. As Berkus told me, “We’re not going to live in a padded cell until our kids are 10 years old. No one’s going to enjoy that.” Hear, hear. I loved the process of redecorating our grown-up home so much that I wanted to show you some of the pieces that helped us get there. 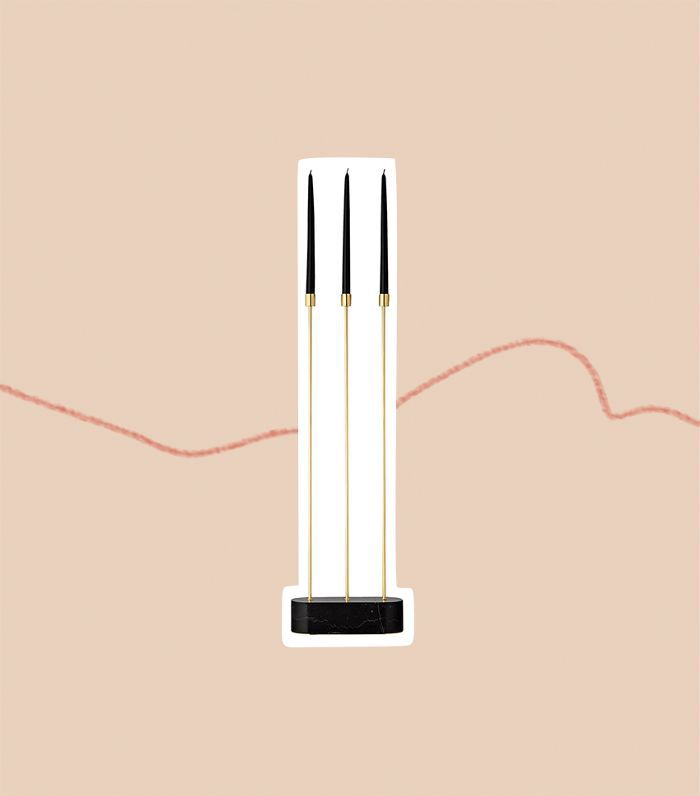 I had my eye on this stunning marble floor candleholder for a good year before I finally bit the bullet and purchased it. I also bought black Ester & Erik candles from Rolling Greens to finish off the look. (I would never have purchased this when Neon was younger because it could easily topple over.) It’s such a striking decorative piece; I can’t wait to light it next time we have friends over. 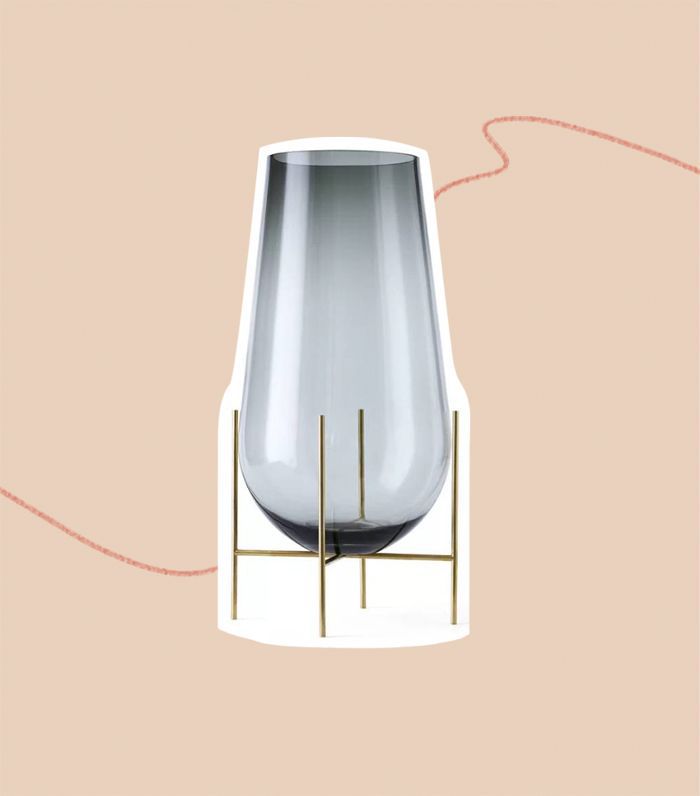 I had a photo of this vase in my Instagram “saved” folder for at least two years before I finally decided to bring it home. In the original image, it was standing next to a marble plinth, but we chose to fill it with pampas grass and position it next to an aged piece of solid timber from my husband’s parents’ house in Arizona (it had been sitting in the desert for years, so it had the perfect patina). The two complement each other so well. This was definitely an investment piece, and we’re so happy with it. 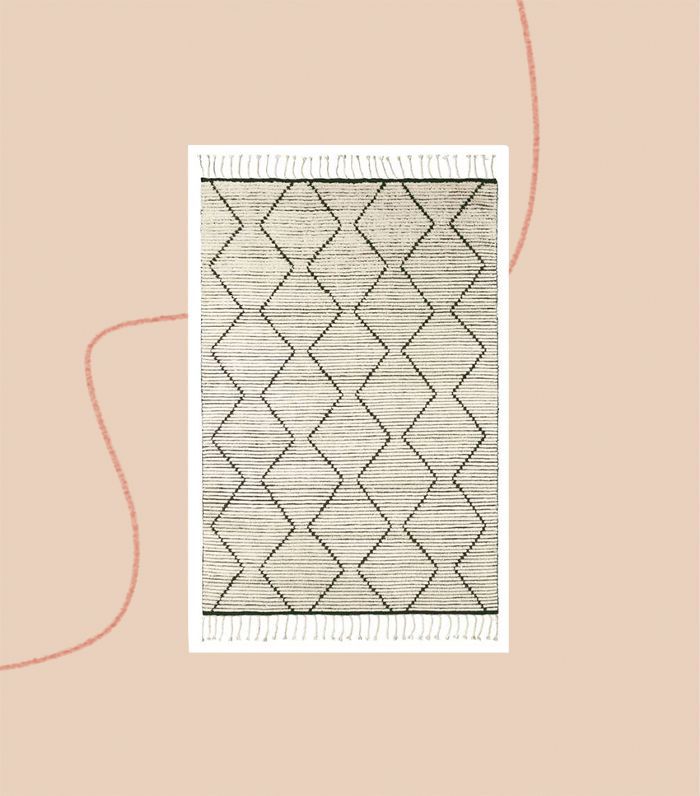 Finding a rug that’s stain-resistant and soft is almost impossible, so this handwoven wool rug is incredibly special. It was important to feature a rug that brought warmth into the room since we have concrete floors and a mostly monochromatic color scheme. This Armadillo & Co. version incredibly soft under your feet; it’s also a great place to play with Lego on over the weekends. 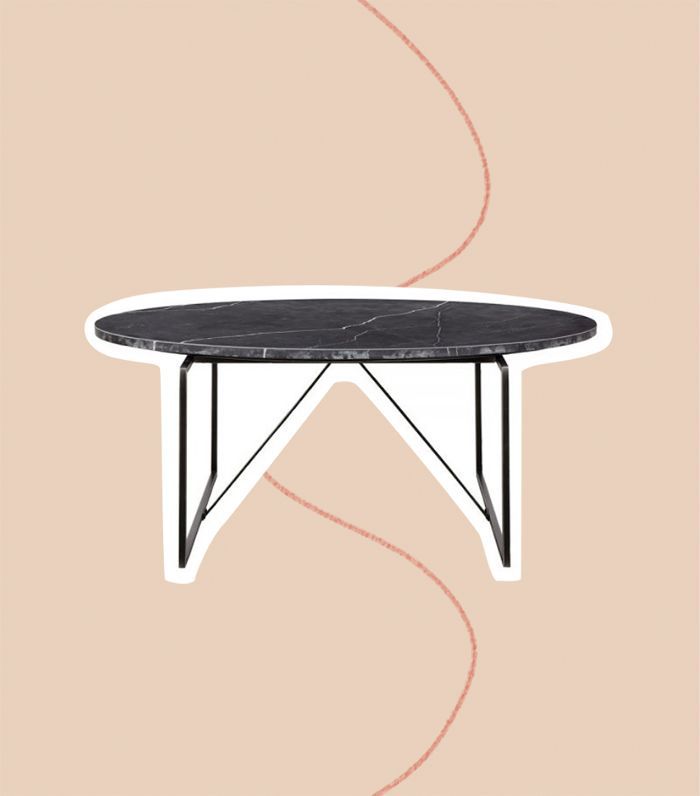 We used to own a vintage Noguchi coffee table, but Neon broke it when he was 2. (I mean, really broke it: He slammed his plate down on top of it and it literally snapped in half. I’m just thankful his foot wasn’t underneath it at the time.) Now we can finally feature a coffee table in our living room that speaks to our grown-up taste and our family. We decided on two marble coffee tables overlapping each other (they’re now sold out, but I love the one pictured above), and I love to mix up the styling with various coffee table books, candleholders, and crystals—something I couldn’t have done a few years ago. 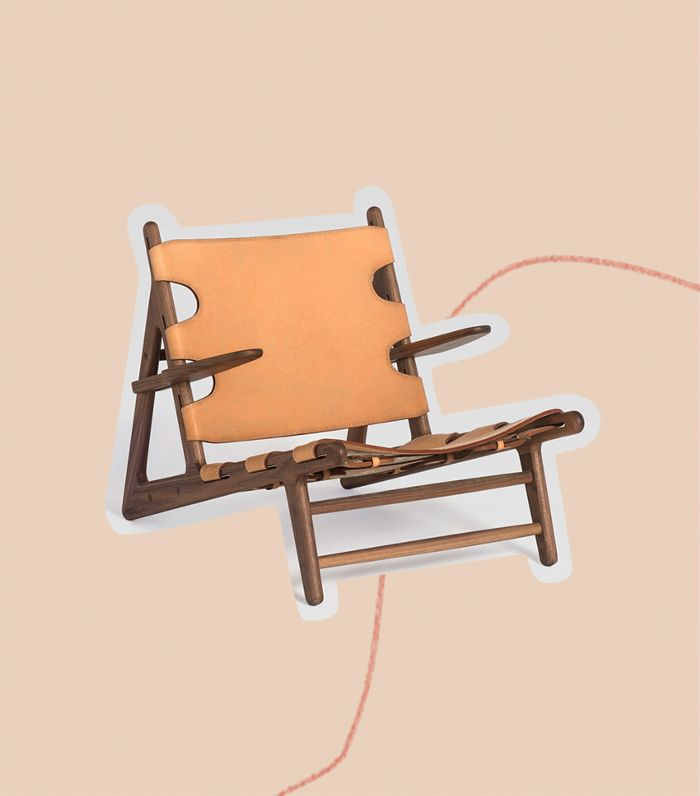 I’d always wanted accent chairs in our living room, but finding something my husband loved that was also comfortable proved challenging. Eventually we found these hunting chairs on Chairish. The beauty of these is that they actually get better with age; the more you use them, the better the patina gets. We actually could’ve bought these when Neon was younger, because stains, scratches, and creases on these chairs are encouraged. ■

Now our son is 10, and while I know I could still have another baby, we’re honestly quite happy with our family of three. I’ve learned to release any guilt or pressure to have more, because as anyone who knows us will tell you, what we lack in numbers, we certainly make up for in love.