Reese Witherspoon: "You Can Only Heal by Telling the Truth" 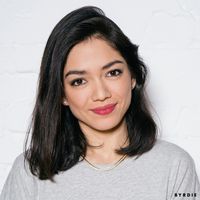 Some of the biggest names in film gathered in Los Angeles Monday night at the 24th annual Elle Women in Hollywood Awards to honor and celebrate women who have made an impact on the industry. Together with presenting sponsors "Real is Rare. Real is a Diamond." and L'Oréal Paris, Elle editor in chief Nina Garcia hosted this year's honorees, including the legendary Cicely Tyson, film producer Kathleen Kennedy, and actresses Jessica Chastain, Jennifer Lawrence, and Tessa Thompson.

While the evening was an occasion to pay reverence to these remarkable women, it also served as a timely moment for the leading ladies of Hollywood to come together to address the harrowing news from this past week surrounding Harvey Weinstein. When Reese Witherspoon took to the stage to introduce her Big Little Lies co-star Laura Dern, another of the night's honorees, the actress opened up about her experiences with harassment and assault in Hollywood, revealing that her first experience happened when she was just 16 years old.

It's made me want to speak up and speak up loudly because I felt less alone this week than I've ever felt in my entire career.

"I didn't sleep at all last night. This is going to be a real emotional roller coaster because, before we get started honoring one of my very favorite people in the world, I just want to say this has been a really hard week for women in Hollywood, for women all over the world, for men in a lot of situations and a lot of industries that are forced to remember and relive a lot of ugly truths," Witherspoon began.

"I have my own experiences that have come back to me very vividly, and I found it really hard to sleep, hard to think, hard to communicate. A lot of the feelings I've been having about anxiety, about being honest, the guilt for not speaking up earlier or taking action. True disgust at the director who assaulted me when I was 16 years old and anger that I felt at the agents and the producers who made me feel that silence was a condition of my employment.

"And I wish I could tell you that that was an isolated incident in my career, but sadly, it wasn't. I've had multiple experiences of harassment and sexual assault, and I don't speak about them very often, but after hearing all the stories these past few days and hearing these brave women speak up tonight, the things that we're kind of told to sweep under the rug and not talk about, it's made me want to speak up and speak up loudly because I felt less alone this week than I've ever felt in my entire career."

Witherspoon explained she felt "very encouraged by this group of people tonight who have created a community of people who are champions now of a new attitude toward harassment in our industry and every industry that's going to address the abuse of power in this business and every business, and I feel really, really encouraged that there will be a new normal." She also voiced her commitment to supporting women in Hollywood today: "For the young women sitting in this room, life is going to be different for you because we have you, we have your back. And that makes me feel better because, gosh, it's about time."

Honoree Tessa Thompson also shared words of empowerment that criticized the current imbalance of power and called for significant change. "I think maybe it's time to look again at the way that power is distributed in this industry because I think that the guy in the hotel suite in the bathrobe is merely emblematic and Hollywood is a microcosm.

"Within it, I think we see, yes, that systemic sexism reigns supreme, and I think we also see that systemic racism and discrimination exist. And that's also our country. These things—hard to tackle as they may be—are bound together. A conversation about dismantling one that doesn't acknowledge the presence of the other is incomplete."

All of us in this room have the ability to make an echo [and] to be an ally for someone on the margin.

"Last night I grappled with what I wanted to say tonight, and it was grappling," recounted Thompson. "Globally on Twitter, the hashtag #metoo was trending. So people from all over the globe were tweeting their stories of their own abuse. Something that started with us is now so much bigger than us. We've seen in the last week, I think, that sometimes rapid change, or at least the promise of it, can happen when we use our voices in concert. So I guess I just wanted to say a reminder that all of us in this room have the ability to make an echo [and] to be an ally for someone on the margin. To speak to the injustice on the periphery—even of our own experience."

Nina Garcia had opened the evening by speaking directly about Harvey Weinstein's abuse and the endemic misogyny and imbalance of power that exist in Hollywood. Of the recent news, she said that "although some of us were shocked while others were unaware, all of us are complicit, as it was clear that he had too much power and that he liked to exert it. The reports about his appalling abuse of power have been followed by many more brave women who've come forward with their own stories.

"So yes, we honor the women you'll see on stage tonight, but also I would like to take this opportunity to honor every woman who has suffered sexual harassment. Every woman who has stood up to a powerful man and said that what he was doing was wrong. That you cannot get away with abusing us, mistreating us, diminishing us. That women in Hollywood and beyond have had enough. If there's one thing we've learned from the past week, it's that we must band together and be proactive, and tonight is a great place to start. We are in this room together here to toast what we have accomplished and encourage one another to alter the course of Hollywood history. To make this the end of an era and the beginning of a new one."