Paris is a city with a highly specific aesthetic and set of expectations attached to it. Before venturing to the French capital myself this year, I couldn't picture the City of Light without the prerequisite mental image of a lipsticked woman straddling the back of a moped, flanked by a bouquet of baguettes and a cloud of cigarette smoke (perhaps you know the one).

For better or worse, this romanticized idea of French glamour—embodied by the likes of Jane Birkin, Brigitte Bardot, and François Hardy in the 1960s—has permeated our culture for decades. It's now perpetuated by modern-day predecessors like Jeanne Damas and Sabina Socol, who have reimagined the French-girl aesthetic for a 21st-century audience. Berets and floral blouses seem to be the sartorial emblems of the French capital, while shaggy bangs and sparse makeup (save for a classic red lip) dominate the beauty sphere.

With this stereotyped aesthetic comes a preconceived attitude. Growing up in the midwest, my entire concept of French culture was shaped by movies and TV shows like season six of Sex and the City and the Olsen twins' cinematic masterpiece Passport to Paris. The French were always portrayed as a bit pretentious. I was afraid that my tenuous grasp of the language and limited knowledge of Parisian culture would grant me more than a few side-eyed glances in the somewhat intimidating capital city.

To my surprise and delight, Paris tastefully overturned these French clichés, offering a far more open-minded and welcoming disposition than I expected. Sure, the glimmering zinc rooftops, quaint corner cafés, and historic monuments still serve up traditional Parisian charm in spades, but the impressive array of boutiques, restaurants, and art galleries offer something entirely modern and fresh.

The classic trappings of the old Paris are still there, hiding in the Tuileries garden or along the Rue Saint Honoré, but you can also have a completely modern experience. Fortunately, I was able to get a taste of both—find my first-timers guide to the enchanting French capital below.

This contrast between old and new is perfectly illustrated in the Renaissance Paris Vendôme Hotel, where I stayed for the duration of my trip. Located in the historic 1st arrondissement just steps from the Tuileries garden, Place de la Concorde, Place Vendôme, and the Louvre, the hotel is geographically embedded into "old Paris."

But one look at the multimillion-dollar renovation completed in June 2018 tells a different story. Reimagined by Didier Gomez Interior Design, the 97-room hotel speaks to the neighborhood's glowing reputation as a high-fashion and art hub while honoring its aristocratic past.

"The [hotel] is built around memories of the past along with modernity," Gomez told MyDomaine. "The district alone was a great source of [inspiration] and creativity," he continues, citing luxury boutiques like Cartier, Dior, Chanel, Hermès, and Boucheron as sources of inspiration.

In keeping with the aesthetic of the neighborhood, the revamped hotel features elements of both 18th-century style and contemporary design, housing vintage furniture and black-and-white photographs as well as concrete walls and glossy marble floors. "Being famous for fashion and luxury, [the neighborhood] inspired several pieces in the hotel, such as the hanging chandelier in the lobby, which is actually a metaphor of jewelry," Gomez adds, in addition to the wall sconces that resemble rings.

Where to Eat + Drink

The well-appointed Balagan restaurant sits just to the right of the hotel lobby and doubles as a home for the fashion-minded crowd. Acclaimed Israeli chef Assaf Granit heads up the kitchen, while award-winning Parisian interior designer Dorothée Meilichzon is responsible for the Mediterranean-inspired, Art Deco–style interiors.

I enjoyed multiple meals here—first out of convenience and three times over because I couldn't get enough of the food. After tasting the entire menu on night one, I found myself ordering the fatoush salad, deconstructed kebab, and the kubane bread with tahini on repeat. I'd highly suggest washing down your meal with a bespoke cocktail from the adjoining boudoir—the pink-hued, velvet-drenched lounge (also designed by Meilichzon) is basically begging to be photographed.

Of course, the 1st arrondissement is brimming with beautiful restaurants and cocktail bars outside of the hotel walls. The Renaissance Paris has an entire team of neighborhood ambassadors, dubbed "navigators," that are veritable experts on the surrounding area. Each navigator is essentially a treasure trove of unique, under-the-radar recommendations in the 1st arrondissement—their goal is to give guests a true sense of their environs. The below restaurant and bar recommendations come courtesy of Renaissance Paris Vendôme's head navigator, Marie-Paule Picasse.

Maison Plisson: Grab a to-go lunch from this newly opened deli and restaurant on Marché Saint-Honoré and enjoy it in the Jardin des Tuileries or in the garden in front of the Louvre.

Café Kitsuné: Grab a coffee and snack from this stylish cafe inside the Jardin du Palais Royal.

Les Caves du Louvre: Described as an "entirely unique experience in Paris," learn how to make your own bespoke wine at this former royal wine cellar located inside the Louvre museum.

Café Mademoiselle: Just a five-minute walk from the hotel, this modern brasserie offers homemade French dishes, coffee, and cocktails in a photogenic atmosphere.

Chez Monsieur: Located in the heart of Paris's famous Right Bank, this chic French bistro has been around for roughly 100 years. Head here for traditional French cuisine like escargots in garlic butter and onion soup gratinée.

Zébulon: Just steps from the Palais Royal and the Louvre, this Michelin-starred restaurant from Japanese chef Takashi is a neighborhood favorite.

My most cherished memories of Paris involved wandering around the city with little to no plan whatsoever. Equipped with Google maps, a random list of places to explore, and confidence in about five French words, I walked until my feet ached and my arms disappeared beneath throngs of shopping bags. I ventured from the 18th-century monuments of the 1st arrondissement to the vintage boutiques of Le Marais and back again, only to quickly freshen up at the hotel and do it all over again at night. Though I only had roughly 48 short hours to explore this force of a city, the below experiences left a lasting impression.

For casual dinner and drinks: Gorge on pizza and pasta at Pink Mamma in the 9th arrondissement, a highly Instagrammable restaurant and bar filled with indoor plants and charming décor. Afterward, walk three flights down to No Entry, an Italian-style speakeasy located behind a stainless steel door in the restaurant's basement meat locker. Its handcrafted cocktails are served with mini cannolis, single oysters, peacock feathers, biscotti, banana slices, and more. Bar Hemingway at the Ritz Paris and Hôtel Costes are also great places for a late-night cocktail.

For a taste of Parisian party culture: Pick up some charcuterie supplies and a cheap bottle of wine and head to Rosa Bonheur, a riverside barge and park area. If the actual barge is bursting at the seams with people, look for a spot along the river's edge. I was there around 5 p.m. on a Friday, and it was absolutely packed. The crowd looked to be between the ages of 18 and 35 and in desperate need of a happy hour drink (or 10).

For inexpensive vintage clothing: As a true vintage lover at heart, I crafted the better part of my agenda around hitting some of the best vintage stores in Paris. Friend recommendations and a few Google searches led me to Kiliwatch, Hippy Market (multiple locations), Free'p'star, Studio W, Bleach Vintage, Mad Vintage, and Tilt Vintage. I recommend them all if you're looking for inexpensive, one-of-a-kind clothing and accessories. You may have to do some digging, but it's totally worth it.

For not-so-inexpensive Parisian clothing: Be sure to hit Parisian mainstays like Sandro, Maje, The Kooples, and the upscale boutiques on Saint Honore, in addition to more unique finds like L'Appartement Sézane, Merci, the Paris outpost of New York–based The Frankie Shop, Sessùn, and more.

For a solo dining experience: I had a few hours to kill before my flight home and decided to do something totally foreign to me: go out to eat alone. While just the thought of doing so Stateside makes me cringe, it's totally normal, if not romanticized, to dine alone in Paris. I made my way to Loup, a picturesque corner café whose pretty aquamarine tables and woven bistro chairs caught my eye, and embarked on my first-ever solo dining experience. To my surprise, I didn't feel self-conscious at all. I nursed a coffee and ate almost an entire loaf of bread without a second thought.

After experiencing Paris for the first time, I am happy to report that the city challenged and upended my Americanized notions about the French capital. The people are warm, friendly, and interested in meeting visitors, and the only people dressed according to some unwritten French-girl code are the tourists. Most importantly, the city is constantly evolving, reinventing what it means to be Parisian on a near daily basis. Contrary to its highly specific reputation, Paris and the millions of people that call it home can't be put into a box. 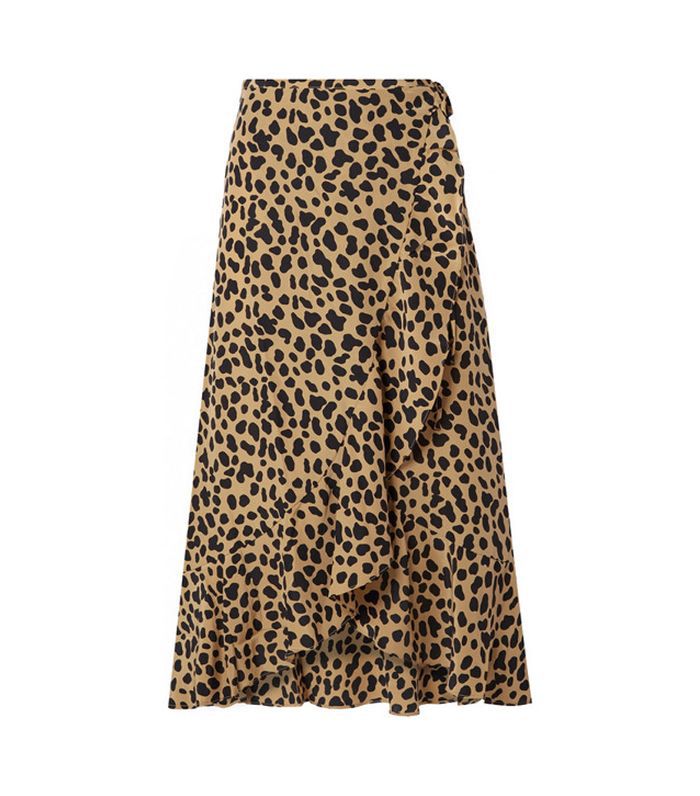 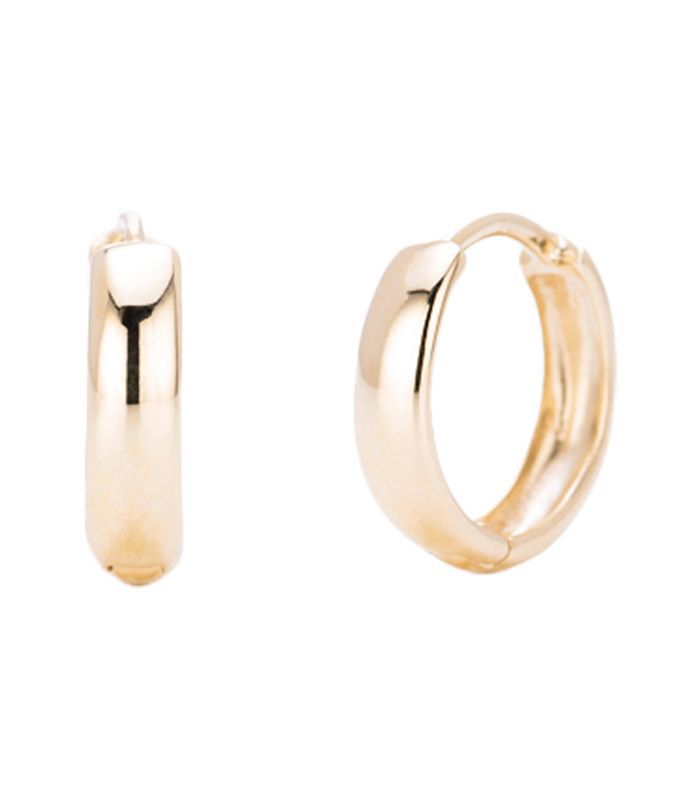 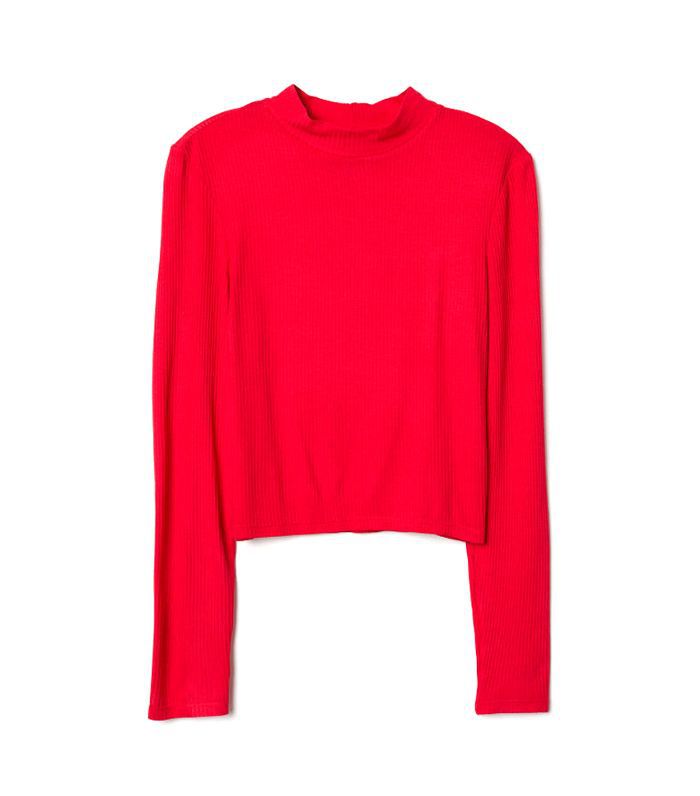 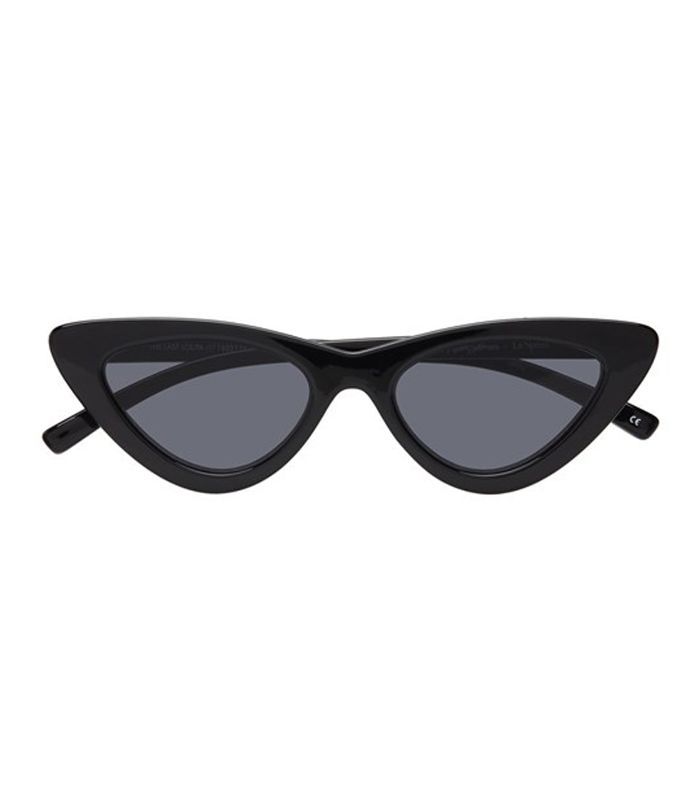 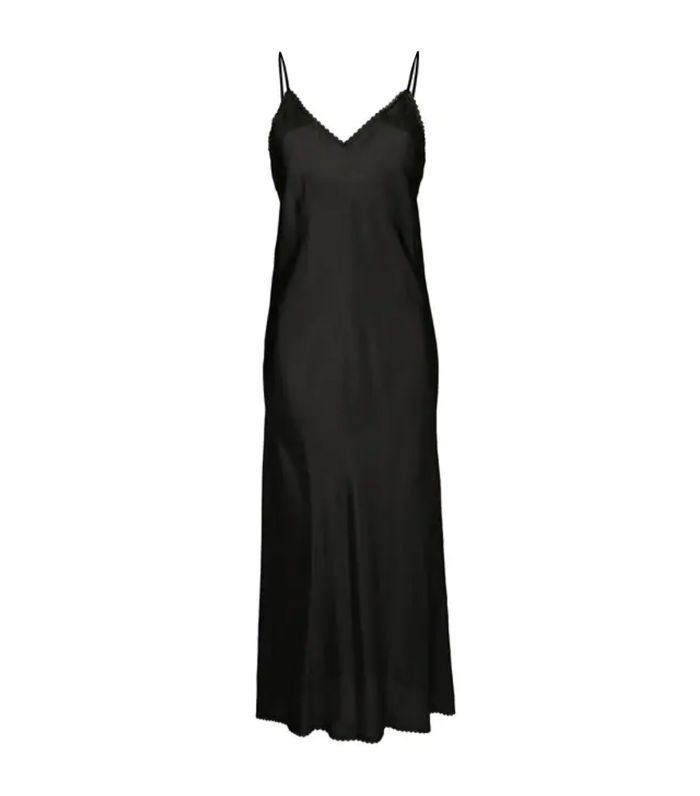 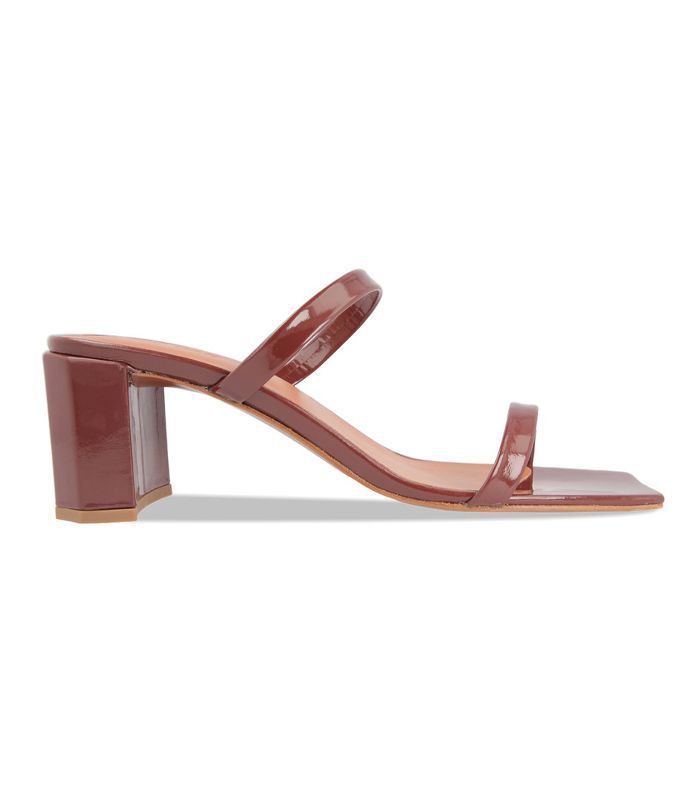 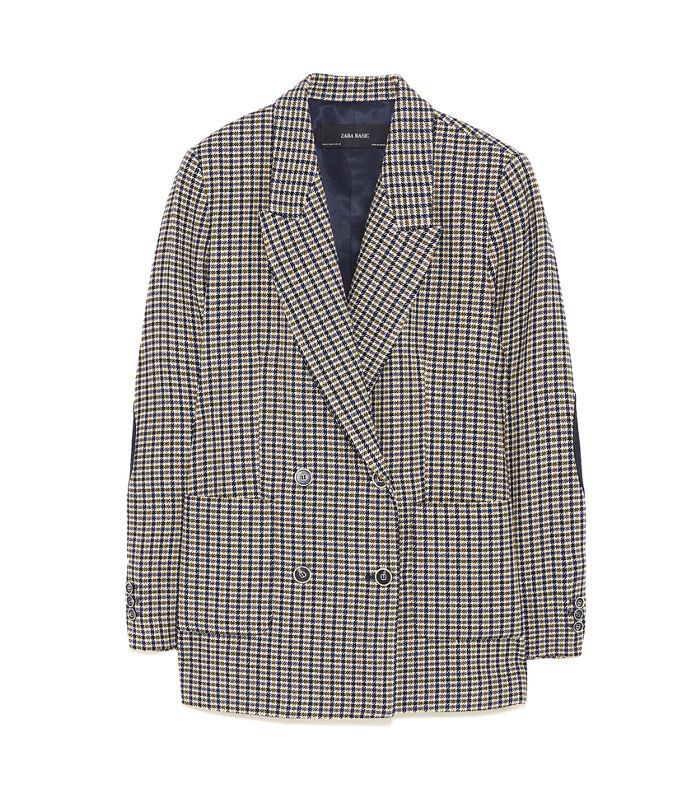 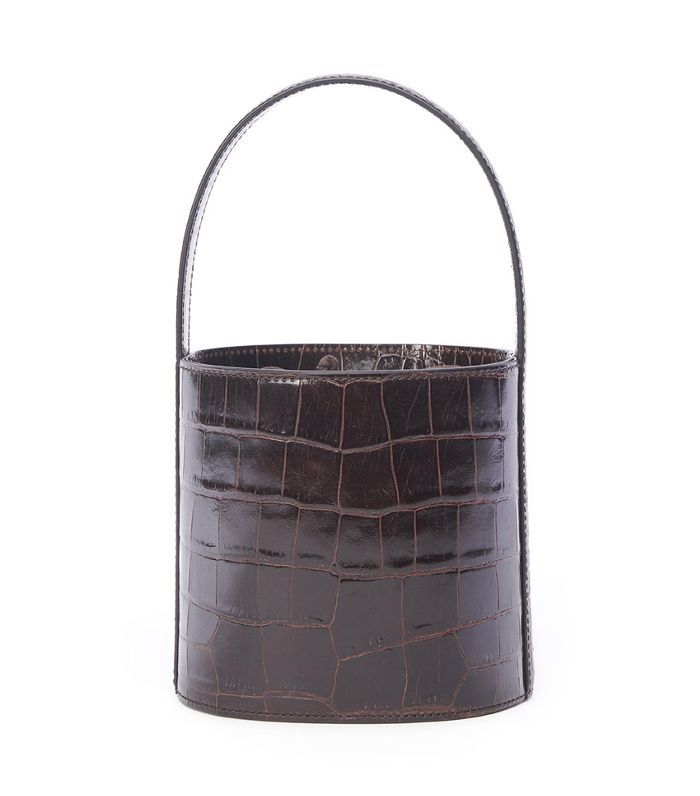 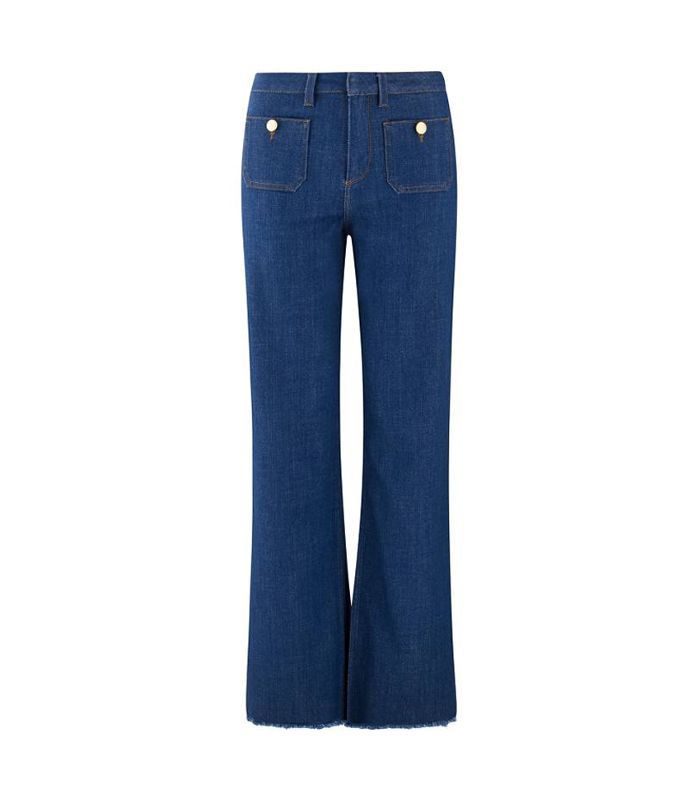 This press trip was paid for by the Renaissance Paris Vendôme Hotel. Editors' opinions are their own.