If you were to receive a life-altering diagnosis tomorrow, would you live your life any differently? Would you make drastic changes to your health, personal life, or career? This is a reality that Alison Engstrom, founder of Rose & Ivy Journal, had to make four years ago. After going through rounds of layoffs triggered by the global financial crisis in an industry that felt lackluster at best, Engstrom found herself disillusioned and lost in her career. She had always wanted to work in print publishing, but the shifting media landscape to digital compelled her otherwise. And so she settled for a job in the beauty industry that she knew wasn't the right fit—that is, until 2014 when she was diagnosed with multiple sclerosis.

"Life can bestow upon you unexpected new realities that you can either let define you or you can defy them," says Engstrom. Her disease forced her to redefine her priorities, and it ended up being the catalyst that propelled her to take a leap of faith and launch her own print magazine. Four years later, she is at the head of a growing print magazine, which will soon be sold in Barnes & Noble stores across the United States. Find out how Engstrom used her own personal challenges as a springboard to pursue the career of her dreams.

How It All Started

"My original dream job was to be a beauty editor," Engstrom told MyDomaine. During college, she interned at various beauty publications hoping to break through the rapidly changing world of publishing. "When I graduated from college in 2006, it wasn't the best time for magazines, since the world was going digital. I didn't have a backup plan, and I naïvely didn't think my dream job wouldn't happen, so I ended up, by default, in the beauty industry." As a young graduate, she cut her teeth in the industry in the midst of a global financial crisis. "My experience wasn't amazing. By the time I was 25, I had already been laid off twice due to budget cuts or restructuring. It was harsh, especially for someone who had big dreams—I felt very lost."

This shifting landscape in the industry was disillusioning for a young Engstrom, who pursued a degree in fashion merchandising from the Fashion Institute of Technology and a bachelor's degree in art history from the College of Charleston, and studied at the Sorbonne and the American University of Paris. Though she knew deep down that working on the marketing side of the beauty industry wasn't the right fit, she kept pushing forward, until a medical appointment changed her life forever. In 2014, Engstrom was diagnosed with multiple sclerosis and was faced with the need to redefine her life priorities and her career. As it turned out, this misfortune was, in a way, a blessing in disguise.

Initially, the MS diagnosis felt like a devastating blow. "The irony of my diagnosis was that I worked in a building with an MS research center," said Engstrom. "I saw day in and day out women my age and older bound to wheelchairs, walkers, or canes—it was heartbreaking and very upsetting. It took me a year to really wrap my head around it and to stop feeling bad for myself. I was an avid runner, I ate very healthily, I didn't drink or smoke, and it all seemed unfair. I got a harsh reality check that you only have one life and you have to take a chance, live it with passion, and trust in the universe that things will fall into place."

Engstrom initially kept her diagnosis a secret while pushing forward in her job: "I had such a hard time processing it. I didn't want to tell anyone because I didn't want pity or for it to define me." This initial shift in perspective forced her to reevaluate everything in her life, including her career. "I think I had to experience things that weren't ideal in order to come to the place of launching Rose & Ivy. I wanted to create a magazine that was feminine, inspiring, and featured brands and people, mostly women, doing wonderful things in their fields, without pushing an agenda."

How She Pursued Her Passion

"It was after my diagnosis that I knew something needed to change," Engstrom told MyDomaine. "I was deeply unhappy, and professionally, something felt very off. I wasn't satisfied and didn't feel like I was being my authentic self. I had a lot of passions; I just didn't know what direction to take. I had this aha moment to start a digital magazine—one that encompassed all of the topics I enjoyed since I didn't find one magazine that covered the topics the way that I would have hoped to see them. I began Rose & Ivy as a side-hustle project that was digital-only back then. I was working a 9-to-5 and doing it on nights and weekends. I swapped any sort of social life for photo shoots, research, and writing. I found so much joy in it and felt like I had aligned with my purpose. Somewhere along the way, I stopped feeling bad for myself and found a passion that made me feel alive."

The diagnosis became a sort of catalyst for Engstrom to take her side hustle to the next level. Despite facing many challenges, she persisted to see her vision come to life. "When it came to actually creating the magazine, no one knew who I was or what I was doing. I didn't have any contacts except in the small beauty world, which I had to walk a fine line with because I was still working in the industry. Getting rejected was hard, and it was a true testament to my drive and passion. I knew that if we could create beautiful content, coupled with beautiful design, the magazine could speak for itself. Now we're working with many of the brands that told us no in the beginning."

How She Pushed Forward

"The biggest thing about doing your own thing is believing in yourself and knowing that you have what it takes, even though everyone around you might not see it at the time," said Engstrom. "You have to become okay with this sense of groundlessness and being vulnerable. I have always had an entrepreneurial mindset; I just didn't know where that would take me. I once heard a quote by Jim Carrey that really made me think—he said something along the lines of, if you can fail at something you don't want, you might as well take a chance on doing what you love. That really struck a chord with me."

Despite career setbacks, her diagnosis, and struggling as an up-and-comer in an industry that was shifting from print to digital, Engstrom remained a fierce advocate for print media and never backed down. "When we translated Issue No.05 to print, my designer, Monica Picca, and I knew that we wanted it to be tactile and qualitative when placed on a shelf or coffee table. While many titles might have fallen on hard times, the independent publishing world is flourishing with so many titles to be discovered across an array of subjects."

How Her Perspective Changed

"I wish that everyone would see that they can live the life they dream and imagine," says Engstrom, who hopes to inspire others going through hardship to keep moving forward and pursue their dreams. "Nothing in life should hold you back—whether it be a physical, mental, or monetary barrier. I went through some pretty hard times—I lost my father unexpectedly two days before I graduated from college, got diagnosed with a life-changing disease, and got lost in my career. Through all of this, I never lost a sense of hope. I hope to inspire others in this way."

It's part of life to experience adversity and surmount obstacles. In many ways, success is measured not by how far you fall but rather by how you get back up. For Engstrom, each obstacle proved to be a building block for her to pave her way to success. "In hindsight, I don't think I would change a thing. Despite all of the hardships, setbacks, and obstacles, I wouldn't be where I am today if I didn't go through what I had to go through. The only thing that I would change would be to not take myself so seriously and to trust in the process of how things unfold in my life. I would never have picked up a camera if I hadn't been so creatively unfulfilled about seven years ago. I discovered one of my greatest passions, photography, and I am truly thankful for that." 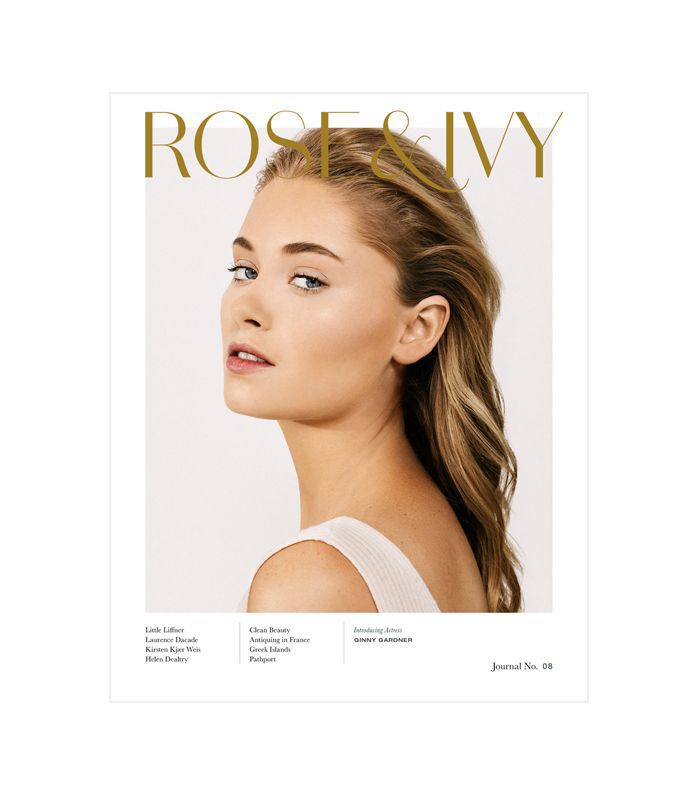