The Royal Wedding Trend You'll See at Every Wedding in 2018

Last Saturday, the entire world watched as Meghan Markle and Prince Harry exchanged vows in the hallowed halls of St. George's Chapel, and to be honest, we're still not over it. While novels could be written about the minute details of the newly minted Duchess of Sussex's Givenchy dress, veil, and wedding makeup, we're turning our attention to the ceremony itself. Considering that Meghan Markle's minimalist choice of wedding dress (designed by British designer Clare Waight Keller) will undoubtedly influence brides' dress selection for years to come, the same can be said for the couples' choice of wedding cake, flowers, bridal party, and the like. In addition to our own observations, we tapped the wedding trend experts at The Knot, Zola, Martha Stewart Weddings, and WeddingWire for insight as to which royal wedding trends will make a consistent appearance for years to come. Expect to see the following five trends at weddings near and far in 2018 and beyond.

Second only to Meghan and Harry themselves, the beautiful green archway, designed by florist Philippa Craddock, immediately caught our eye while watching the live ceremony. We were struck by the liberal use of green, which is a departure from the installation-like, solid-floral backdrops seen at countless celebrity weddings and celebrations.

Esther Lee, senior news editor at The Knot, surmises that this trend isn't going anywhere. "Couples will likely ask for more organic and fresh arrangements and décor—in line with what was seen at the royal wedding," she told MyDomaine over email, adding that the "overwhelming textured range of greenery, from deep forest moss hues to lighter pops of green," was all sourced from nearby Windsor Great Park.

This prediction falls in line with Zola's wedding trend survey, which found that over one-third of couples plan to incorporate greenery into their wedding décor in some way. "It's going to be everywhere this year," said Zola's Director of Brand Marketing Jennifer Spector, adding that she expects to see full-blown greenery walls and photo backdrops. "Plants and succulents are usually less expensive than flowers, so this is a beautiful way to save a bit of actual green."

Aesthetics and affordability aside, this trend is also markedly sustainable. "The use of greenery with pops of wonderfully lush white garden roses, magnificent peonies, branches of beech, birch, and hornbeam were all part of the high-fashion florist’s original plans to include only locally sourced elements," adds Lee. "It was a true organic nod to the wedding day décor."

Gone are the days of extravagant wedding cakes with intricate frosting and multiple tiers stacked on top of one another. Harry and Meghan opted for a four-tiered, deconstructed cake made with elderflower syrup from the queen's own elderflower trees, a lemon curd filling sourced from the Amalfi coast, and an outside layer of Swiss meringue buttercream frosting. The exterior was topped with peonies and roses, and Lee thinks it's a winning combination. "Couples, pastry chefs, and bakeries, prepare: The fresh floral decorations against white buttercream will again have its defining moment," she declared.

The couple's careful selection of elderflower and lemon curd also speaks to a growing trend toward unique and unexpected flavors. "Inventive, mouthwatering flavors (think fig and honey cream or champagne and strawberry) are on the upswing for food-adoring couples," Lee notes. "Claire Ptak's cake really appeals to Markle's food-loving background—she ran the blog The Tig—and likely her desire to serve her guests something delicious."

Most importantly, WeddingWire's Anne Chertoff points out how easily replicable this trend is. "For couples looking for an untraditional way to have their wedding cake displayed, they can consider [having it] deconstructed," she told MyDomaine. "Meghan and Prince Harry's wedding cake … can easily be re-created with any flavor, icing style, and decoration." Plus, we'd guess that it's probably more budget-friendly.

Compared to the overflowing, statement-making wedding bouquets of years past, Markle's was surprisingly demure. But Amy Conway, editor in chief of Martha Stewart Weddings, expects other brides to take note, focusing more on the sentiment and less on the pomp and circumstance. "Big bouquets—armloads of flowers, trailing to the ground—have been in style for a few years now. I have a feeling we'll be seeing them shrink," she told MyDomaine. "Meghan's dainty clutch of white blooms was sweet, elegant, and romantic (especially because Prince Harry picked some [flowers] for it himself). Brides may also borrow the idea of adding meaningful flowers to their bouquets; it's lovely a way of honoring family members or your heritage."

After weeks of speculation as to who would be in Markle's bridal party, the Duchess of Sussex opted for an unofficial maid of honor, good friend Jessica Mulroney, and embraced a junior bridal party of bridesmaids and page boys per royal tradition. She included Mulroney's children in the wedding party as a subtle nod to her maid of honor.

Considering the headache that selecting bridesmaids, a maid of honor, groomsmen, and a best man can induce for the bride and groom, opting for an alternative could be a realistic, stress-free option for modern couples. "The rules of wedding parties are definitely changing. It's not just about having five girls and five guys stand evenly in a row," adds Spector from Zola. "It's more about being surrounded by the people you love the most. Couples today are having men of honor and best women—really, anything goes."

Both Harry and Meghan weren't afraid to depart from tradition and embrace what they truly wanted in a wedding, even in high-pressure circumstances. The two chose to add personal, albeit nontraditional, touches throughout the ceremony and reception, starting with Markle's empowering solo walk down the aisle.

The Duchess of Sussex also made a point of presenting herself to Prince Harry at the altar, as opposed to having someone "give her away," per tradition. She broke royal protocol once again when she gave a speech at the reception, addressing the 200 guests directly and thanking them for attending. As for Harry, he has decided to wear a wedding ring, unlike his brother Prince William, his father, and his grandfather before him.

Harry and Meghan's willingness to embrace their uniqueness as a couple, even under such harsh, global scrutiny, makes them a modern pair. The societal norms that once served as a road map for couples' wedding plans have been slowly unraveling for years; even something as simple as mismatched bridesmaids dresses is a departure from tradition. "I think Meghan and Harry are an inspiration to many couples about how they can be free to interpret age-old wedding customs in their own way," adds Spector. "Maybe that means walking yourself down the aisle or having multiple clergy members marry you. Couples should make their wedding feel like them." 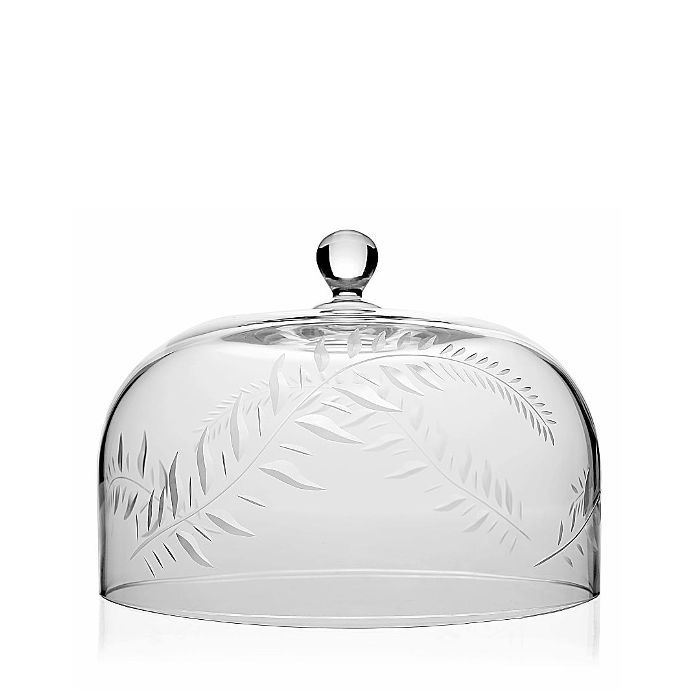 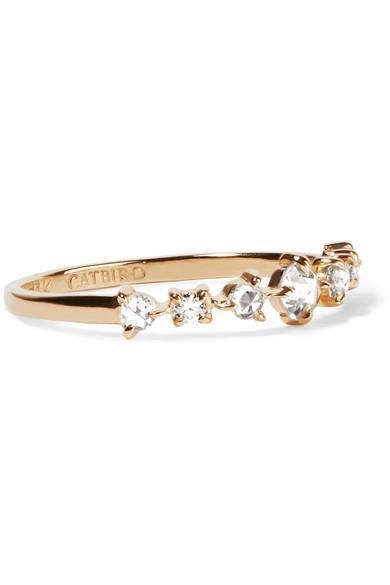 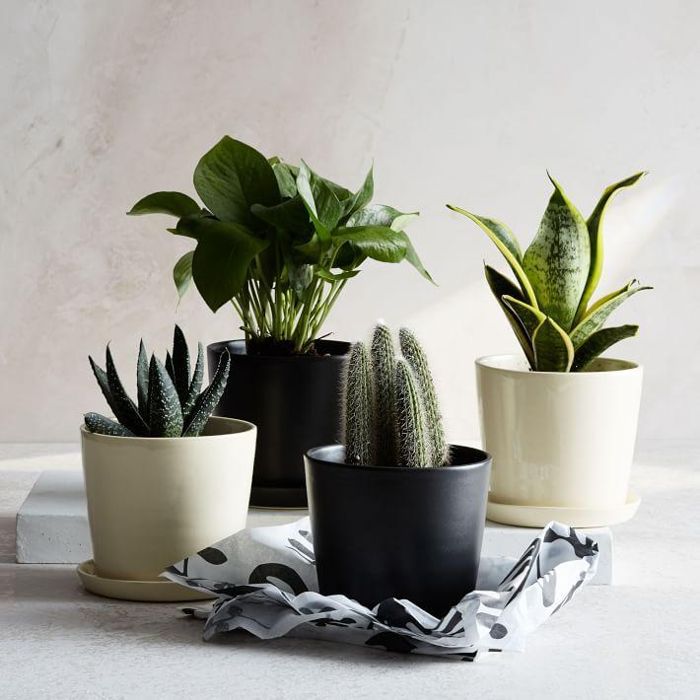 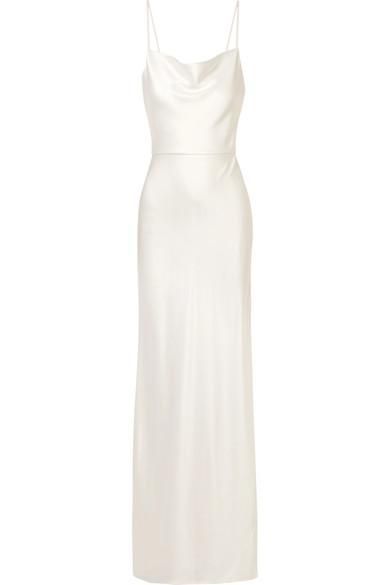 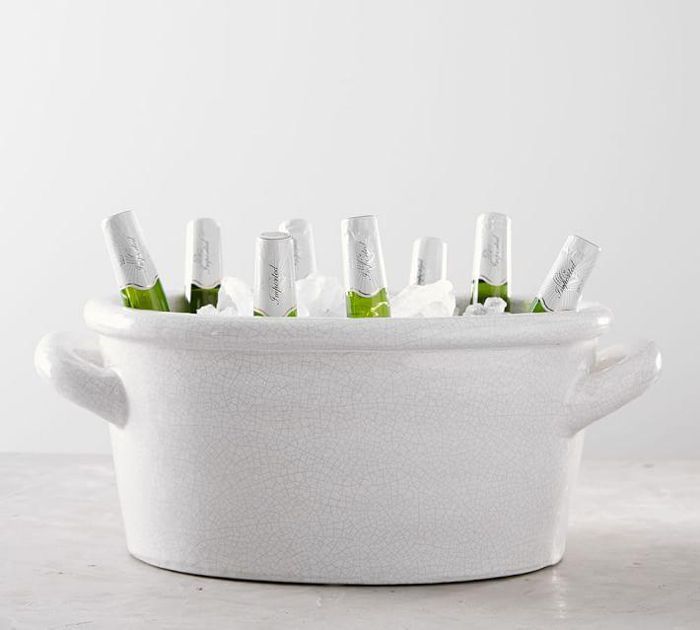